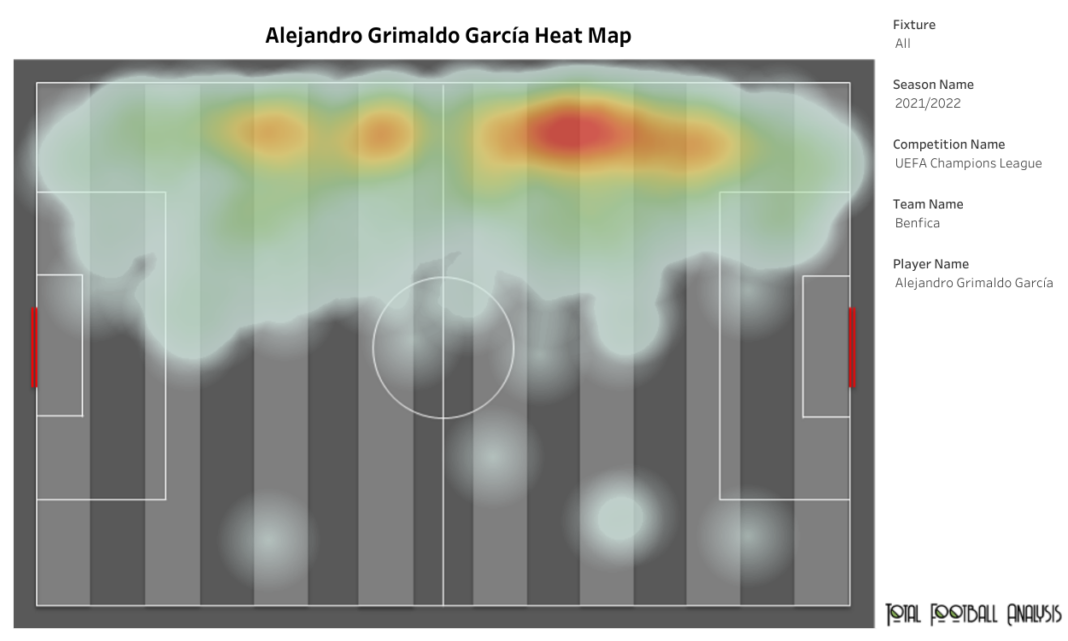 For years, Pep Guardiola’s Manchester City have been using midfielders and players from other positions to play as makeshift left-backs. The likes of Fabian Delph, Joao Cancelo and Oleksandr Zinchenko have played at left-back. While they have done well against smaller teams, against big teams, they have been found wanting. One man who has been linked with joining the Cityzens in the past has been Benfica left-back, Alejandro Grimaldo. In this article, we will explore as to why the former La Masia graduate might be the solution to Manchester City’s left-back problems. 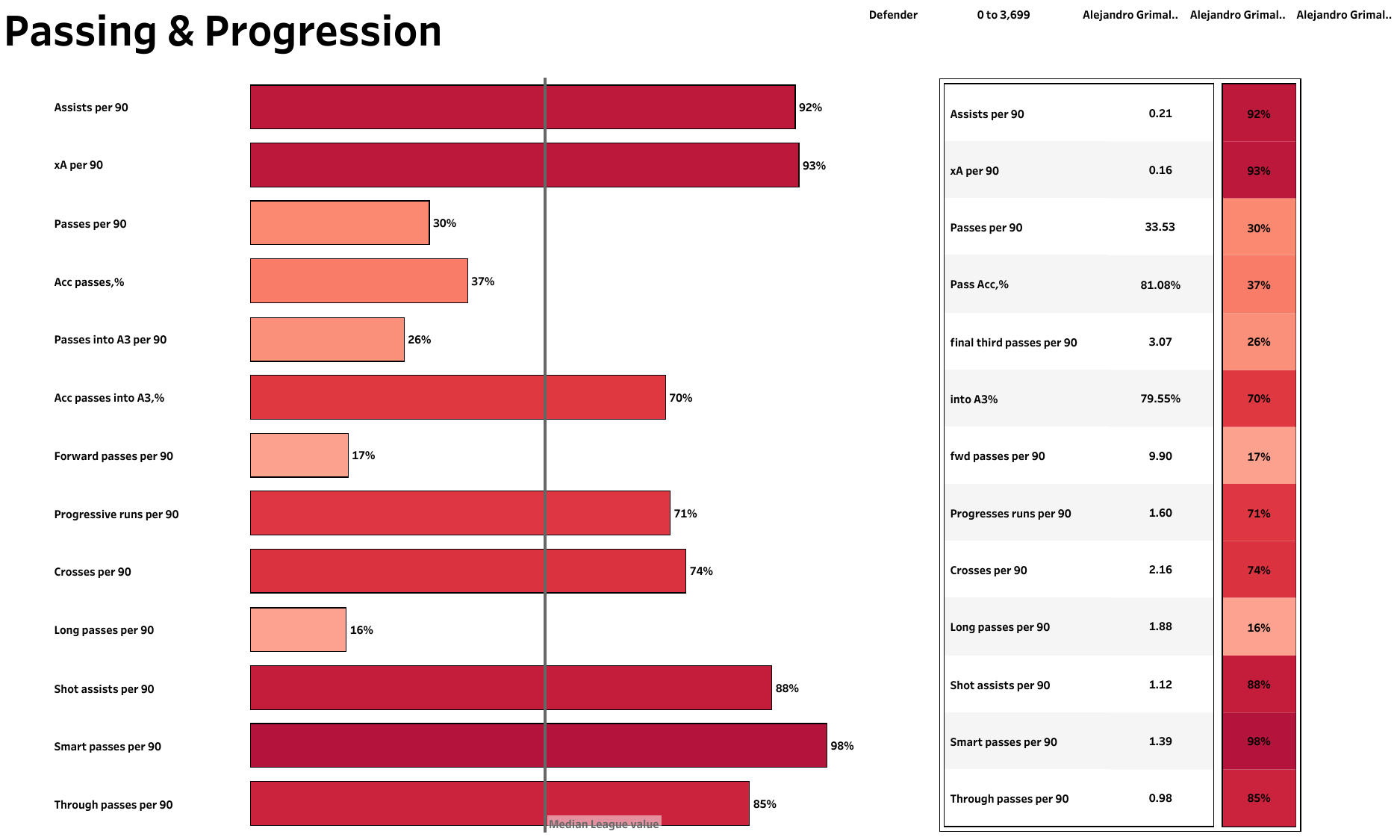 Grimaldo has registered three assists in 10 games for SL Benfica in the UEFA Champions League this season. He has provided assists at a rate of 0.21 per 90, which is higher than what xA predicted (0.16 per 90). In both these categories, the former La Masia graduate ranks in the top 8%. Even though his number of passes per 90 (33.53) and the passing accuracy (81.08%) are well below average, Benfica faced teams like Bayern Munich, Barcelona and Ajax, who normally have the majority of the possession. Grimaldo’s pass accuracy into the final third stands at 79.55%. All of these numbers will definitely improve under Pep Guardiola at Manchester City. Grimaldo also ranks in the upper quintile for shot assists per 90, smart passes per 90 and through balls per 90. 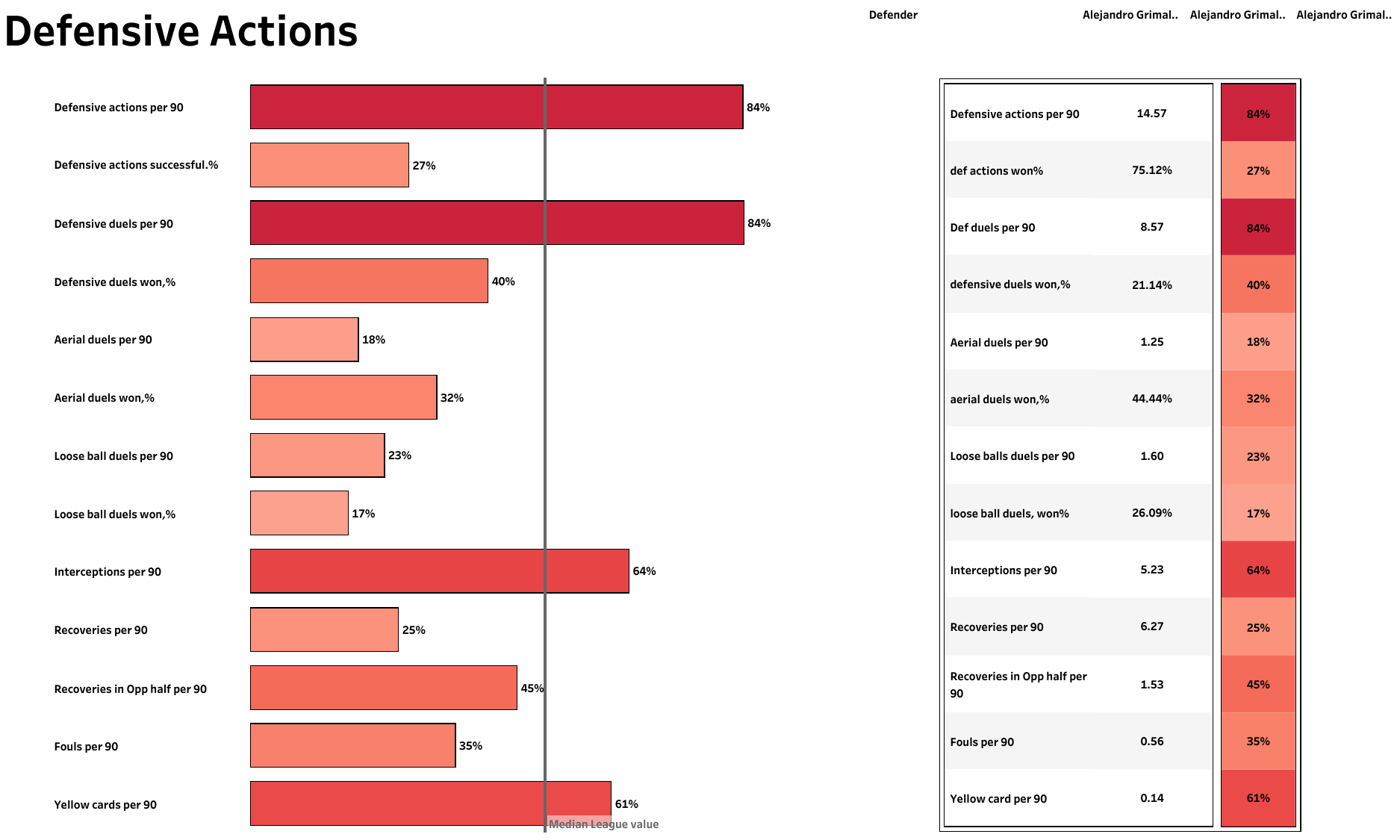 Grimaldo has attempted 14.57 defensive actions per 90 in the UEFA Champions League this season for Benfica at a success rate of 75.12%. He has also attempted 8.57 defensive duels per 90. The former Barca left-back has made 5.23 interceptions per 90, 6.27 recoveries per 90 and 1.53 recoveries in the opposition’s half per 90. 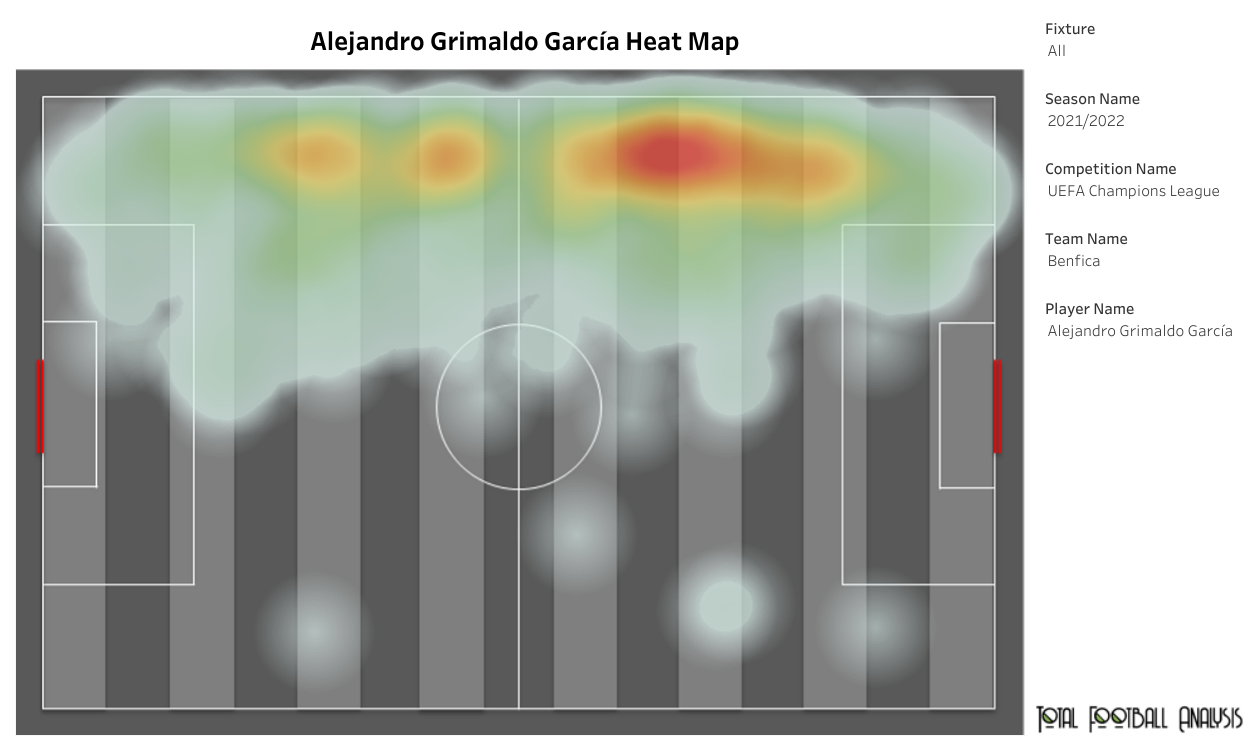 Operating as a left-back, Grimaldo has been most influential in the final third on the left wing. He has completed 25 progressive passes, 19 passes into the attacking third, 14 key passes and 10 passes into the opponents’ penalty area this season in the UEFA Champions League for Benfica. He has also had 20 shot-creating actions in the tournament. Defensively, Grimaldo made 131 pressures, 43 tackles and interceptions, 20 blocks and 16 clearances. 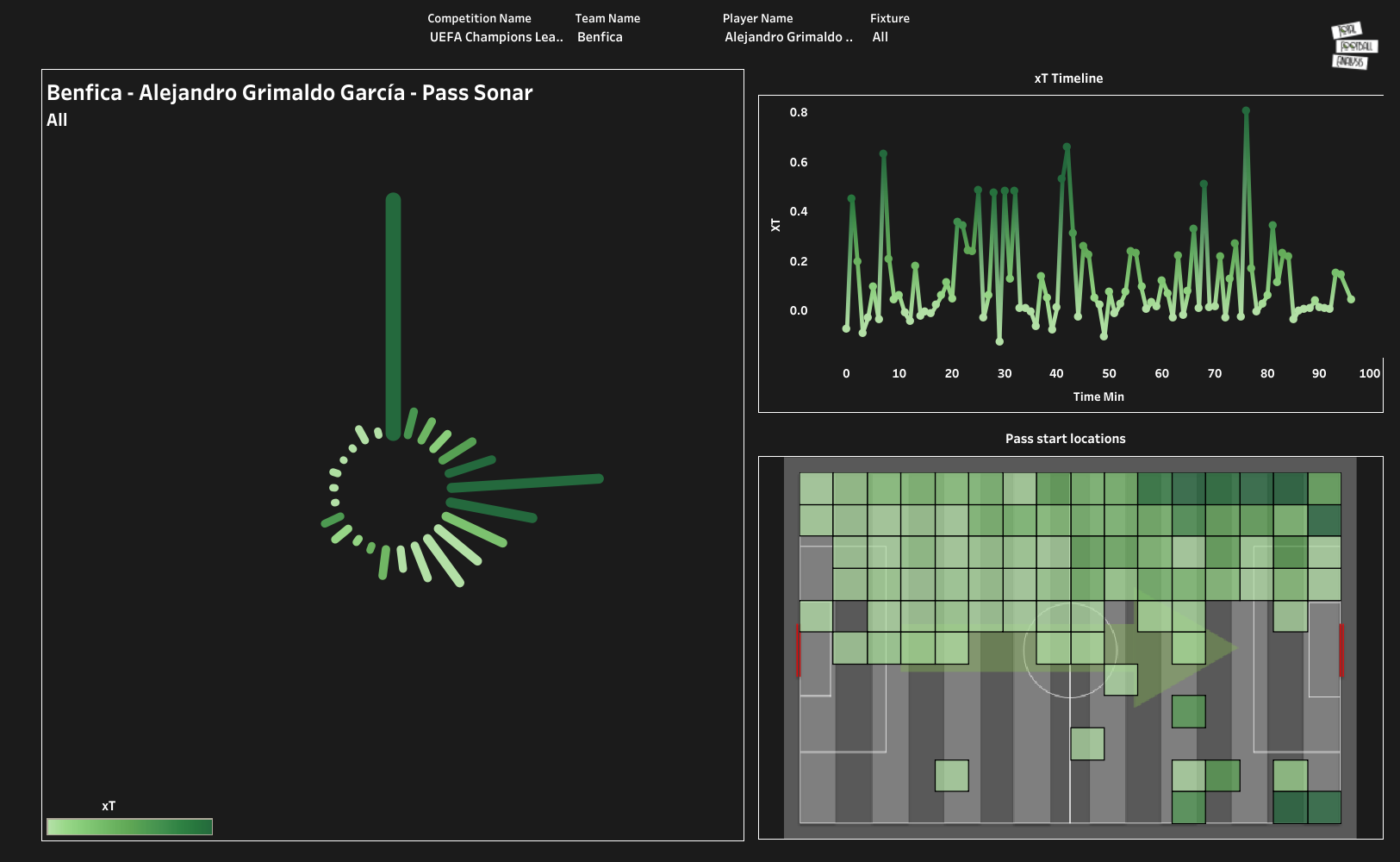 Seen in the above visual are the pass sonar, xT map and xT timeline of Grimaldo for Benfica in the UEFA Champions League this campaign. Grimaldo has frequently created threats from the left flank for the Eagles, exceeding an xT score of 0.5. His 10 passes into the opposition’s penalty area generated as much threat as his forward passes.

Alejandro Grimaldo has been one of the better performers for Benfica in the UCL this season as they finished above Barcelona in the group stages and surprised Ajax in the Round of 16 to reach the quarter-finals. If Manchester City are to reinforce their left-back position, then they can look into bringing in Grimaldo from Benfica.