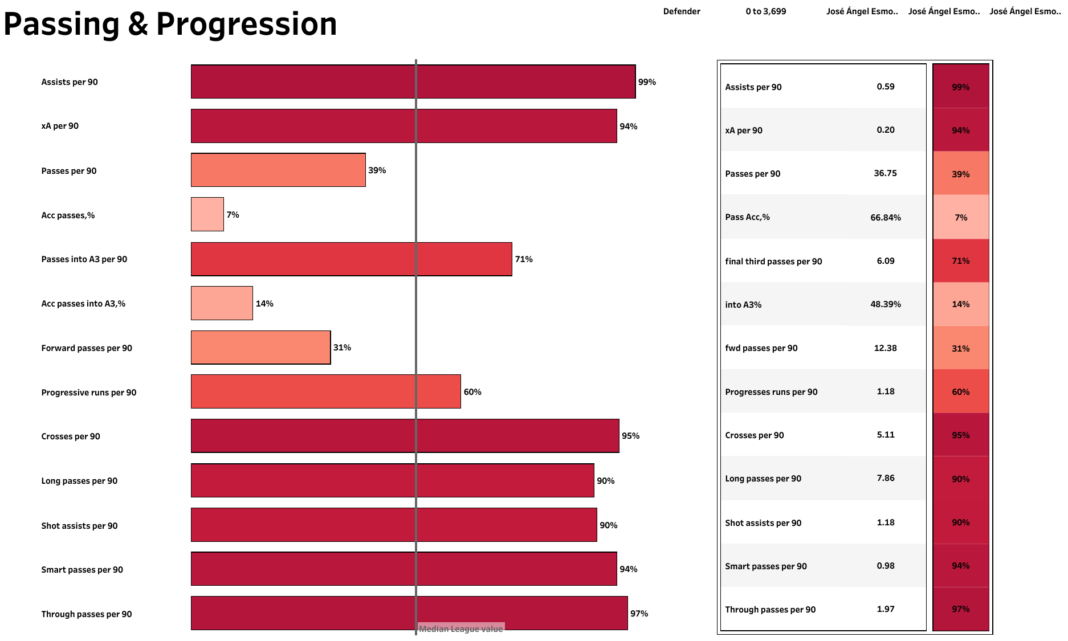 Oleksandr Zinchenko has officially departed Manchester City for Arsenal. This leaves City with no recognised natural left-back. João Cancelo can thrive there, but he is best suited for the right-back position. Even if Cancelo plays at left-back for the entirety of the coming season, there are no backups at that position. As per reports, the Cityzens’ first offer for Brighton’s Marc Cucurella has been rejected by the club. With under two weeks to go for the start of the 2022-23 Premier League season, Manchester City need options quickly. One name they can attempt to sign would be their former player Angeliño. 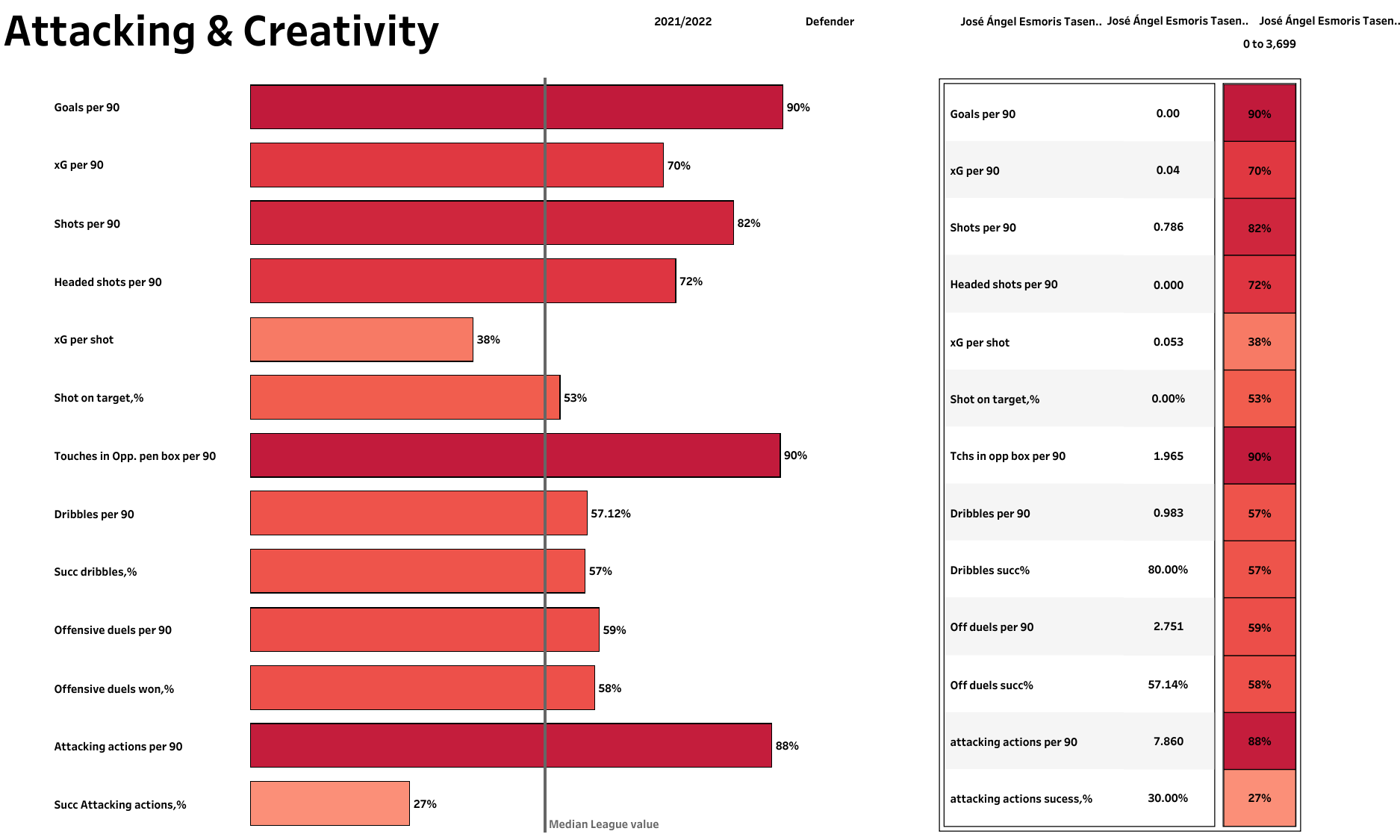 Angeliño featured for RB Leipzig in 45 matches last season in all competitions, including five in the UEFA Champions League. He played for 432 minutes in the competition. Angeliño generated an xG per 90 of 0.04 from his 0.786 shots per 90 but failed to hit the target, let alone find the back of the net. The Spaniard took 1.97 touches in the opponents’ penalty area per 90, among the top 10% of defenders in this category. He completed 80% of his take-ons, though he attempted less than 1.0 per 90. He also contested 2.75 offensive duels per 90 and 7.86 attacking actions per 90. 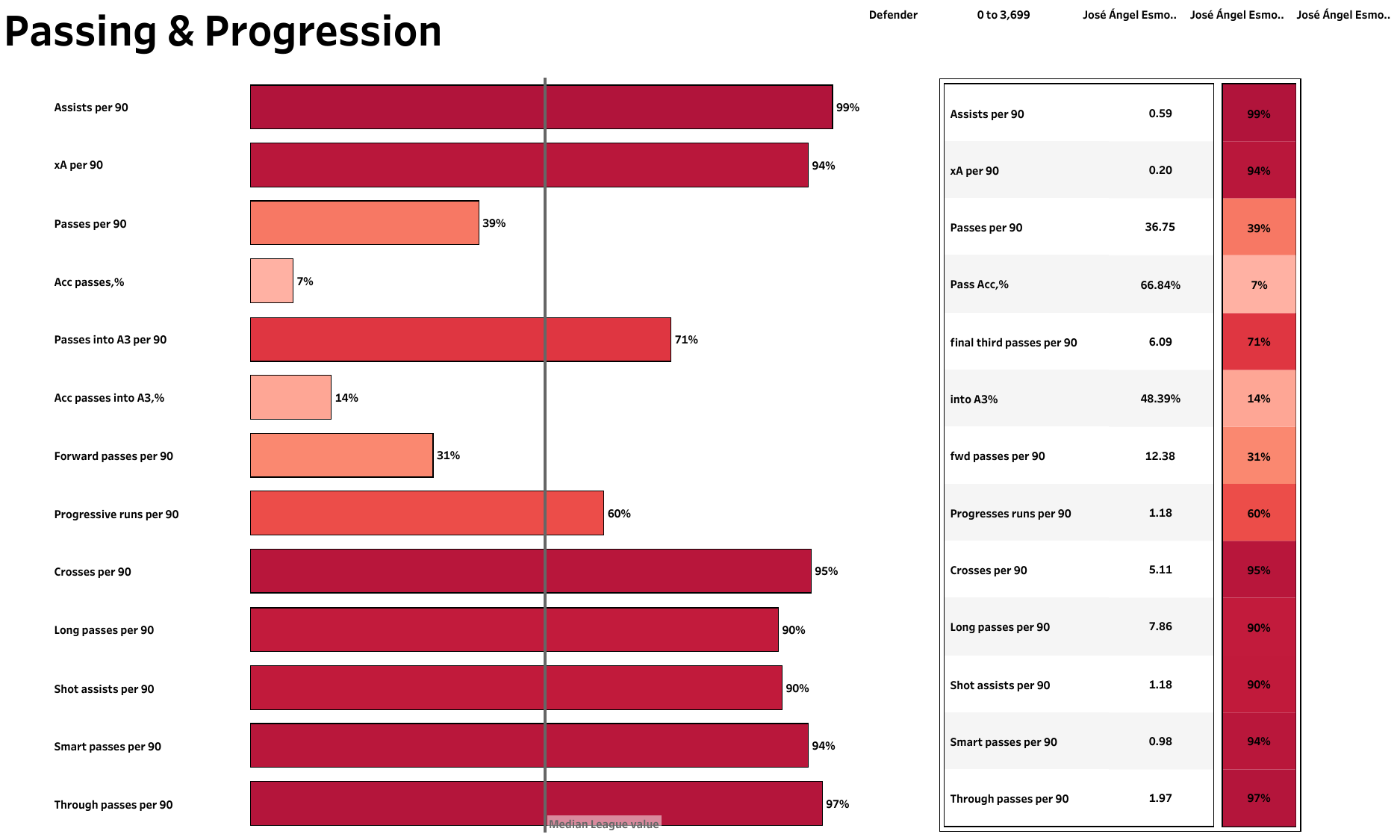 Angeliño provided three assists with a rate of a whopping 0.59 per 90. This placed him in the 99th percentile among defenders. He outperformed his xA per 90 by nearly a factor of three as he generated 0.2 xA per 90, good enough for the top 6%. Despite overachieving in xA, he was a woeful passer of the ball, completing only 66.84% of his passes. He attempted only 36.75 passes per 90. But what the Spaniard lacked in general passing, he made it up with his attacking instincts. He made a respectable 1.18 progressive runs per 90 and completed an astonishing 5.11 crosses per 90, ranking him in the upper 5% for defenders. Additionally, he also put himself in the upper decile for long balls per 90, shot assists per 90, smart passes per 90 and through balls per 90. 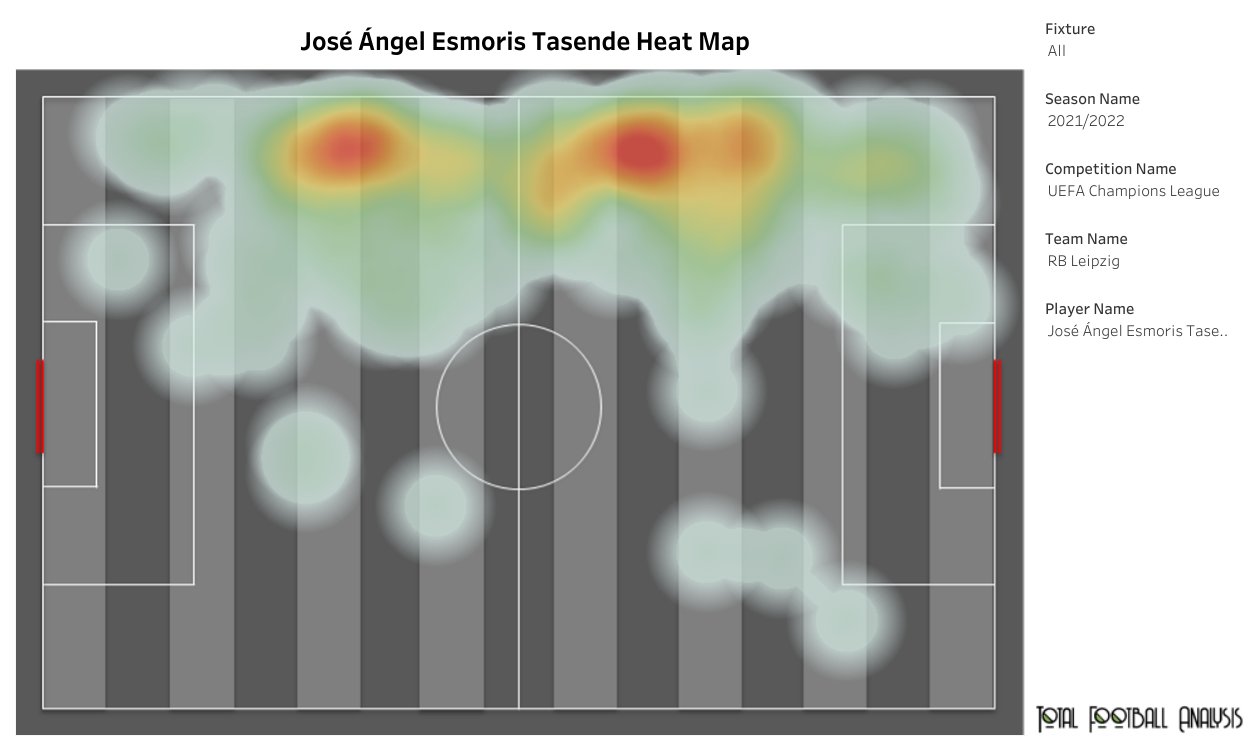 Angeliño was an attack-minded left-back, as shown above. He attempted to make advancing and overlapping runs and deliver crosses into the penalty box as frequently as he could. He completed 4.04 progressive passes per 90, 2.5 passes into the attacking penalty area per 90, 1.92 key passes per 90 and 3.46 progressive carries per 90. Defensively, he attempted 12.1 pressures per 90 and 2.88 tackles & interceptions per 90.

Angeliño has become one of the key members of the defenders’ department at RB Leipzig since his departure from Manchester City in January 2020. But, the left-back left Eithad for regular game time. So, it is highly unlikely that the Cityzens will try to buy back their former player.