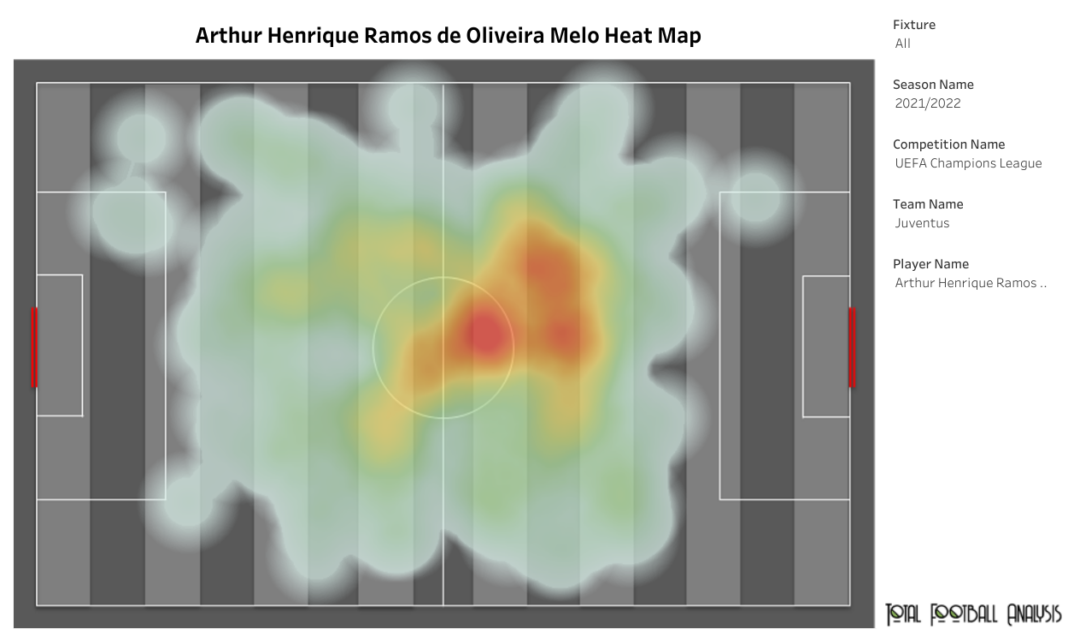 Manchester City have done a mini rebuild in this summer transfer window. They sold Gabriel Jesus and Oleksandr Zinchenko to Arsenal, and Raheem Sterling to Chelsea. In place of them, they have signed Erling Haaland from Borussia Dortmund, Kalvin Phillips from Leeds United, and Julian Alvarez from River Plate. However, the reigning Premier League champions might not be done yet. According to some reports in the media, City are keen to bring in Arthur Melo from Juventus, with Ilkay Gündoğan heading in the other direction. 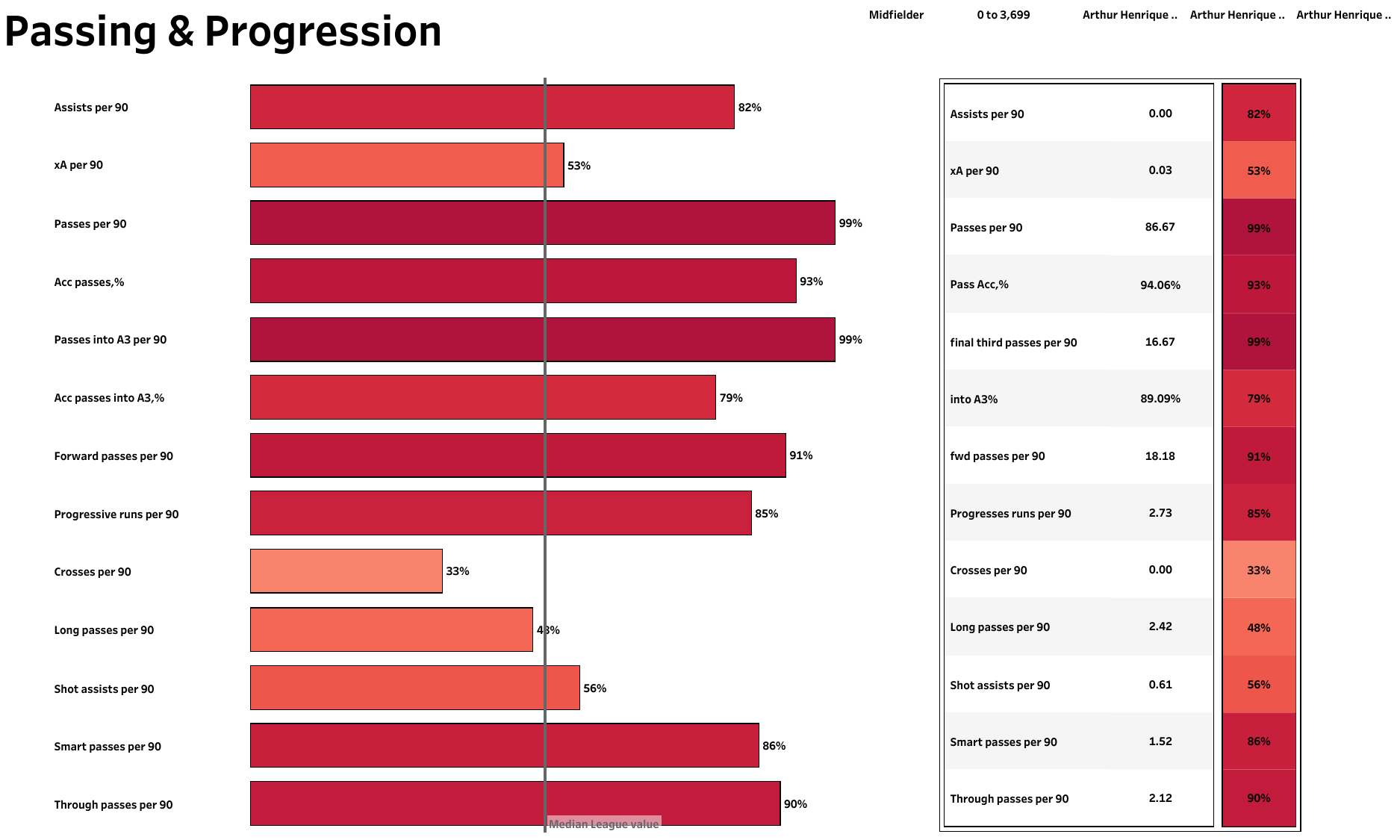 Arthur appeared for Juventus in 31 games across all competitions last season, including six in the UCL for 264 minutes of game-time. During his limited time on the pitch, he failed to score or provide an assist in the competition. But he was a reliable volume passer of the ball as he completed more than 81 passes per 90 out of the attempted 87. He also took risks as far as ball progression is concerned, as he made nearly 14 passes into the final third per 90 at an accuracy of 89.1%. The 22-capped Brazilian performed 2.73 progressive runs per 90, putting him in the upper 15% of midfielders. He was also placed in the upper quintile for both smart passes per 90 and through balls per 90, with 1.52 and 2.12, respectively. 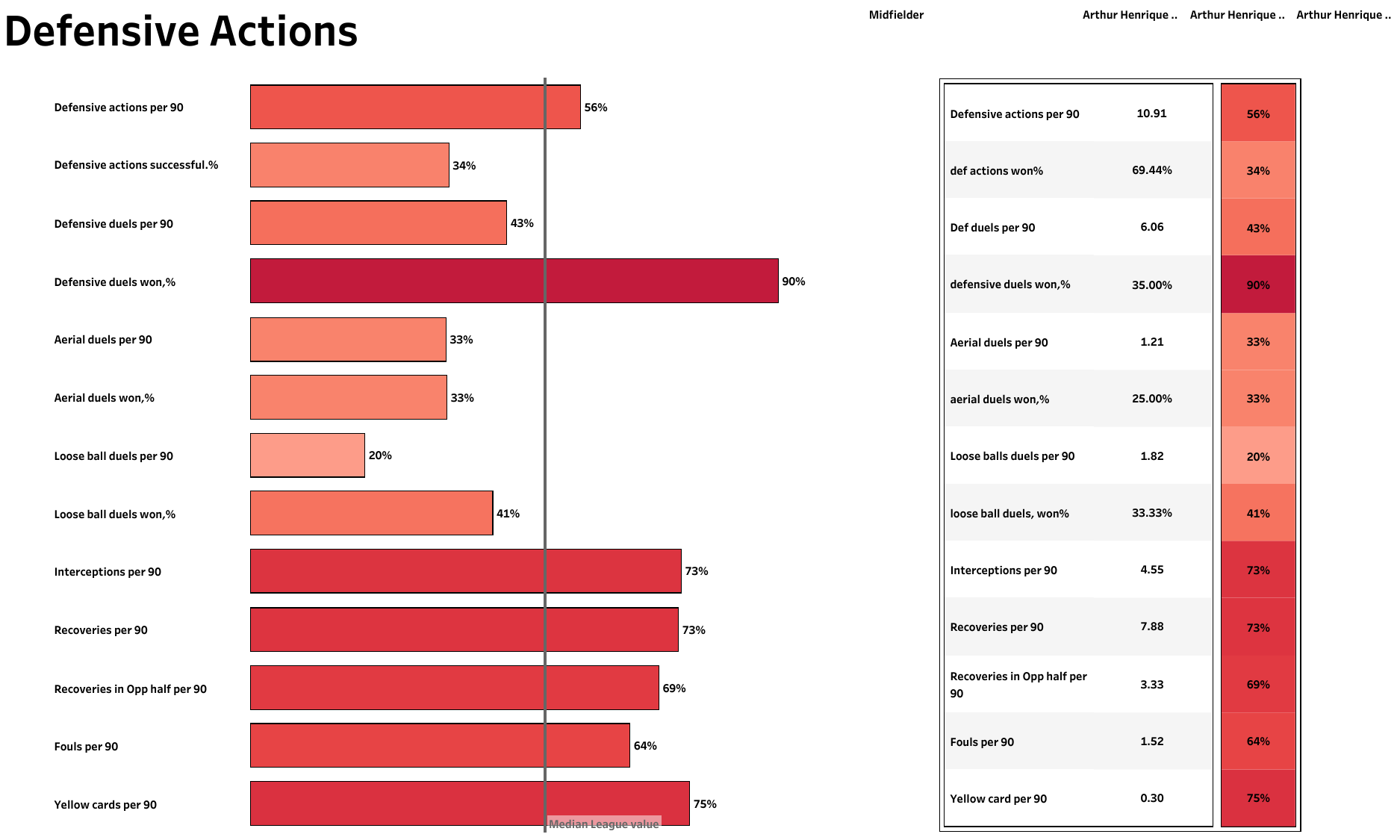 Arthur attempted nearly 11 defensive actions per 90. His success rate of just under 70% put him in the bottom third among midfielders. He contested only six defensive duels per 90, but his success rate of 35% put him in the 90th percentile. Being just 172 cm tall, he did not have much aerial duel success. He did not win many loose ball duels either. But he was very solid in making interceptions and ball recoveries. The former Barcelona man made 4.55 interceptions per 90 and 7.88 recoveries per 90, ranking him in the upper 30% in both categories. He was also decent in pressing higher up the field as 3.33 recoveries per 90 were made in the opponent’s half. 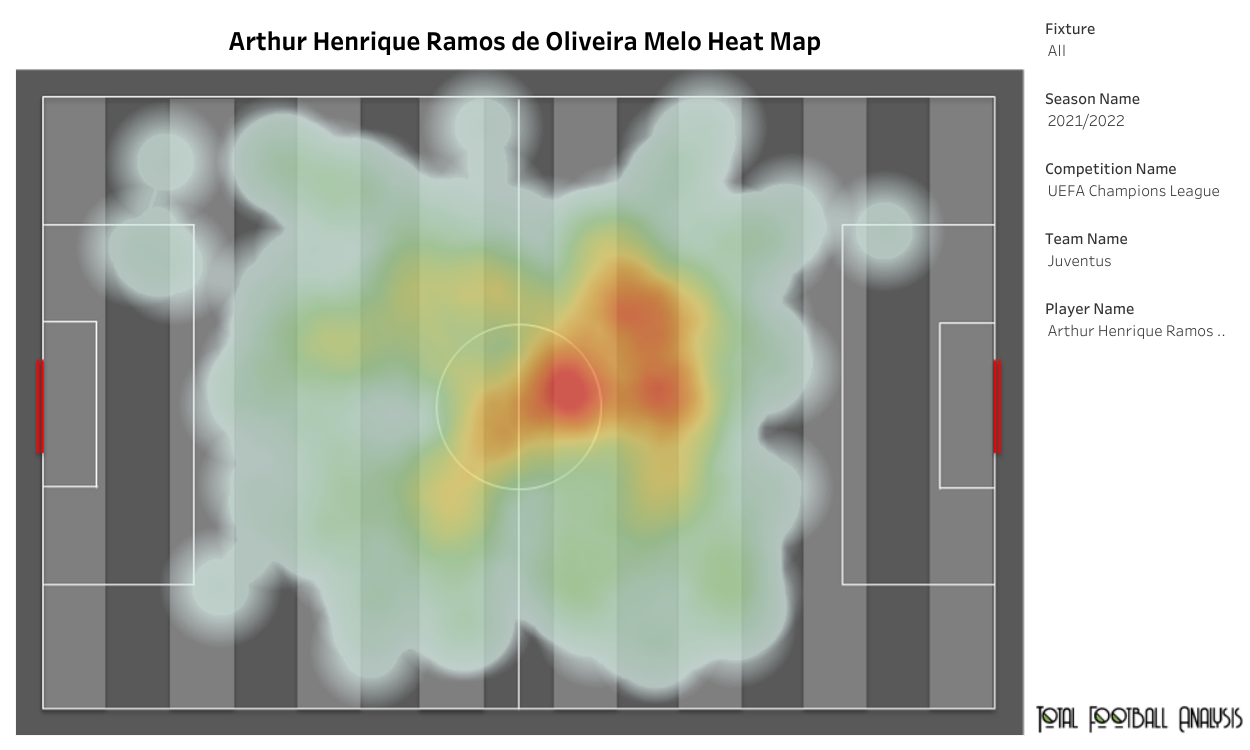 Unsurprisingly, Arthur was most involved and active in the midfield zone for Juventus. Being a volume passer, he kept the ball ticking like a metronome for his side. He made 10 progressive passes per 90, 13.3 passes into the final third per 90, 1.33 passes into the penalty box per 90 and 10 progressive carries per 90. Defensively, he attempted 17 pressures per 90, 4.33 tackles and interceptions per 90 and two blocks per 90.

Arthur Melo would add reliable volume passing to Manchester City’s defensive midfield department, as Rodri and Kalvin Phillips would do the defensive work. However, with Kevin de Bruyne and Bernardo Silva also capable of this, he might be redundant at the Etihad Stadium.