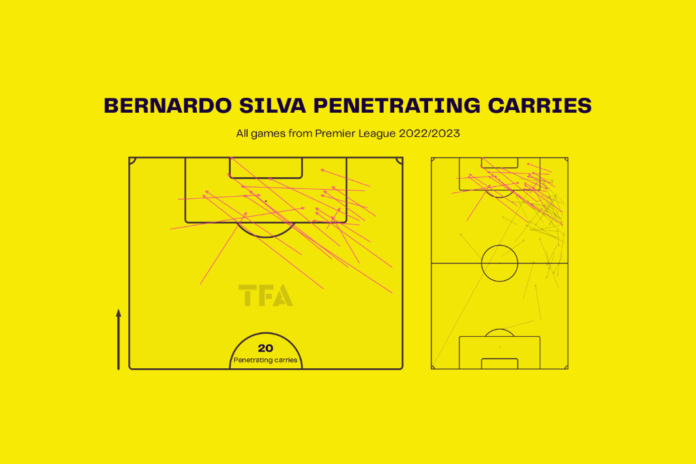 Bernardo Silva joined Manchester City in 2017 and has made 178 appearances in the English Premier League. The 27-year-old Portuguese international has won four league titles with City and is eyeing his fifth this season. The attacking midfielder is a regular starter and is a crucial player for Pep Guardiola. His performances impressed other clubs as well, and Barcelona made a few bids that got rejected. The Portuguese also decided to stay at Manchester City. Barcelona were very keen to sign the player and still have him on their wishlist for the next season. Bernardo Silva and his team have started the season in the same way they ended the last one. Some of the stats from this season show why City were so keen on keeping the players in the team. 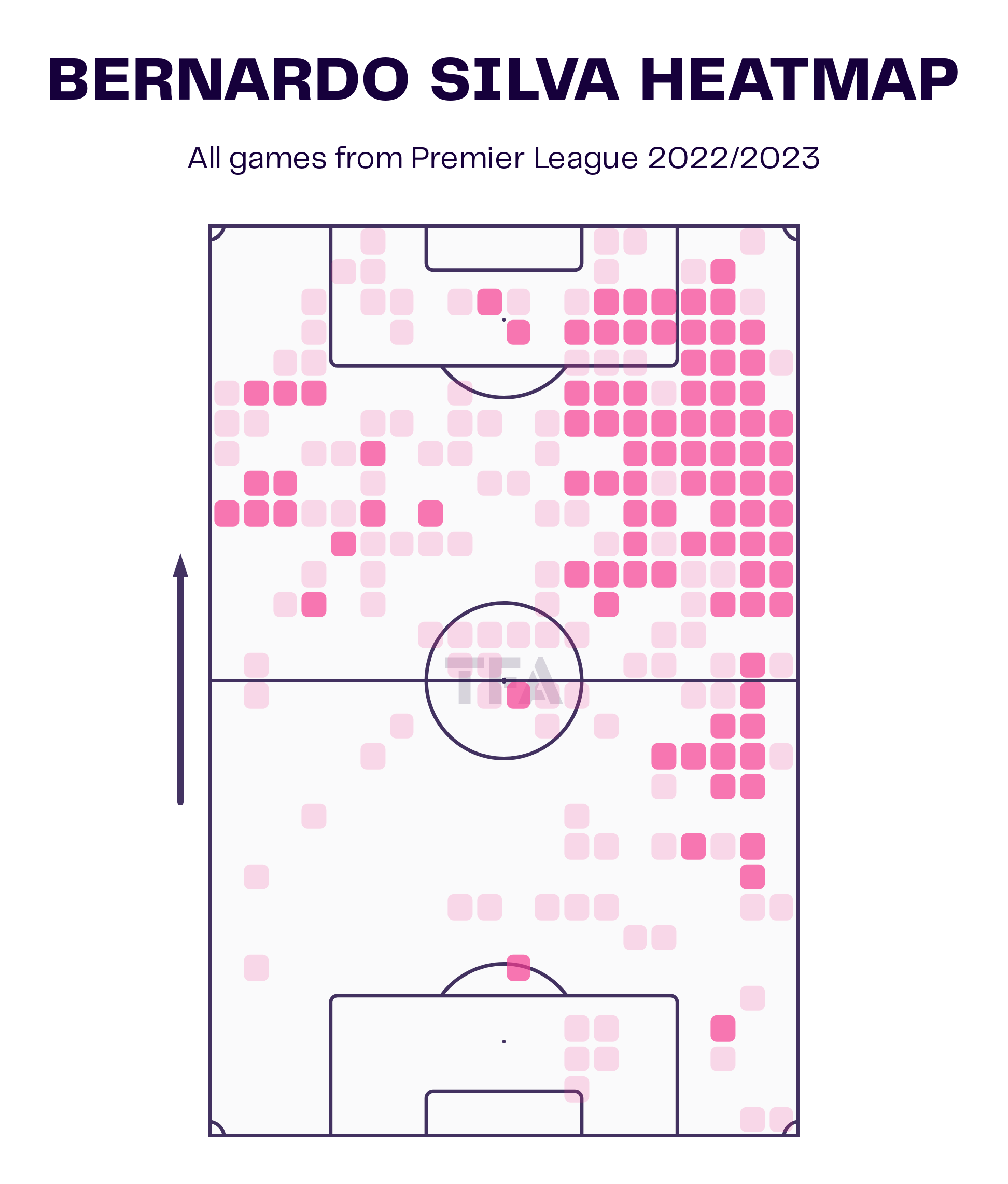 Bernardo is a versatile attacking midfielder who likes to play on the right side. He is getting the nod ahead of Riyad Mahrez and is sometimes used as a right central-midfielder. Bernardo already has two goals in his account and also has two assists to his name. Bernardo possesses a lot of qualities and is likely to make more goalscoring contributions. 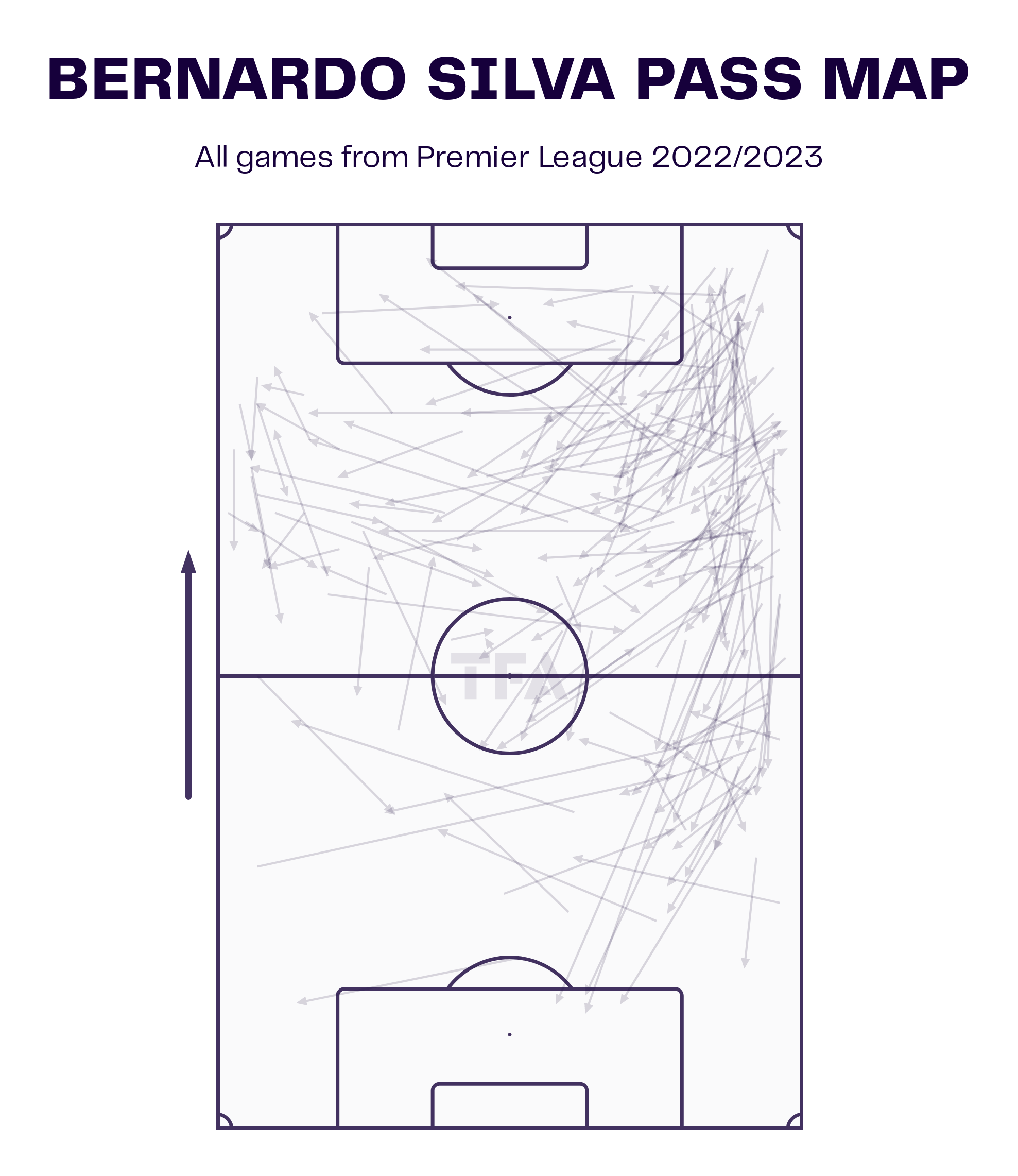 The 27-year-old does a lot of running on the pitch and attempts 47.39 passes per 90 minutes. Bernardo has a high passing accuracy rate of 88.5%. The Portuguese likes to play safe passes and also has the ability to provide key passes. Bernardo has an average of 3.04 passes to the penalty box per 90 minutes with a 57% success rate. 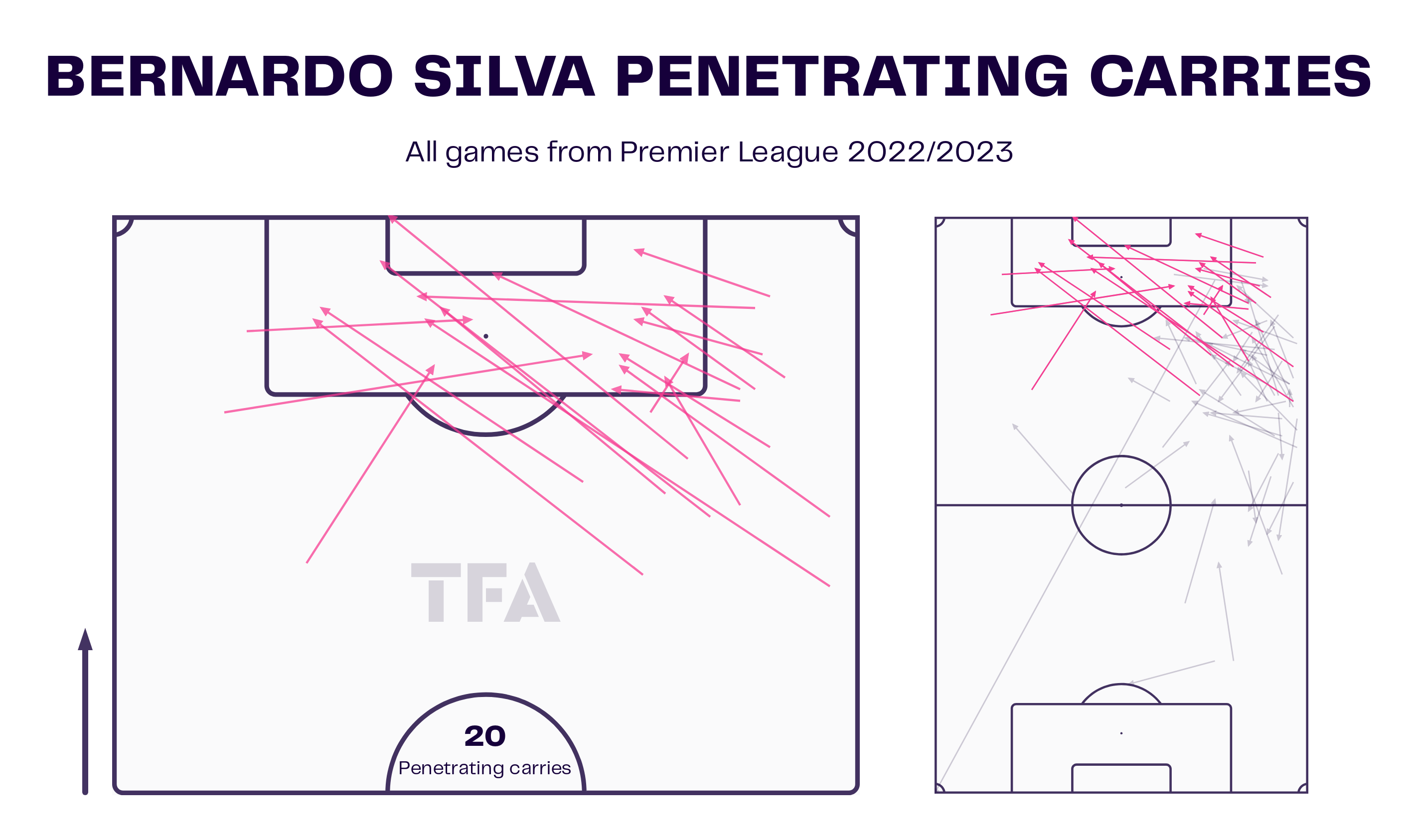 Bernardo has the ability to carry the ball. He has been one of the best in the league in this business. This season, Bernardo has already carried the ball 20 times into the opposition’s penalty box. These runs have been made from the right side, and most of the runs allowed him to get into dangerous areas from where he can take a shot or provide an assist. 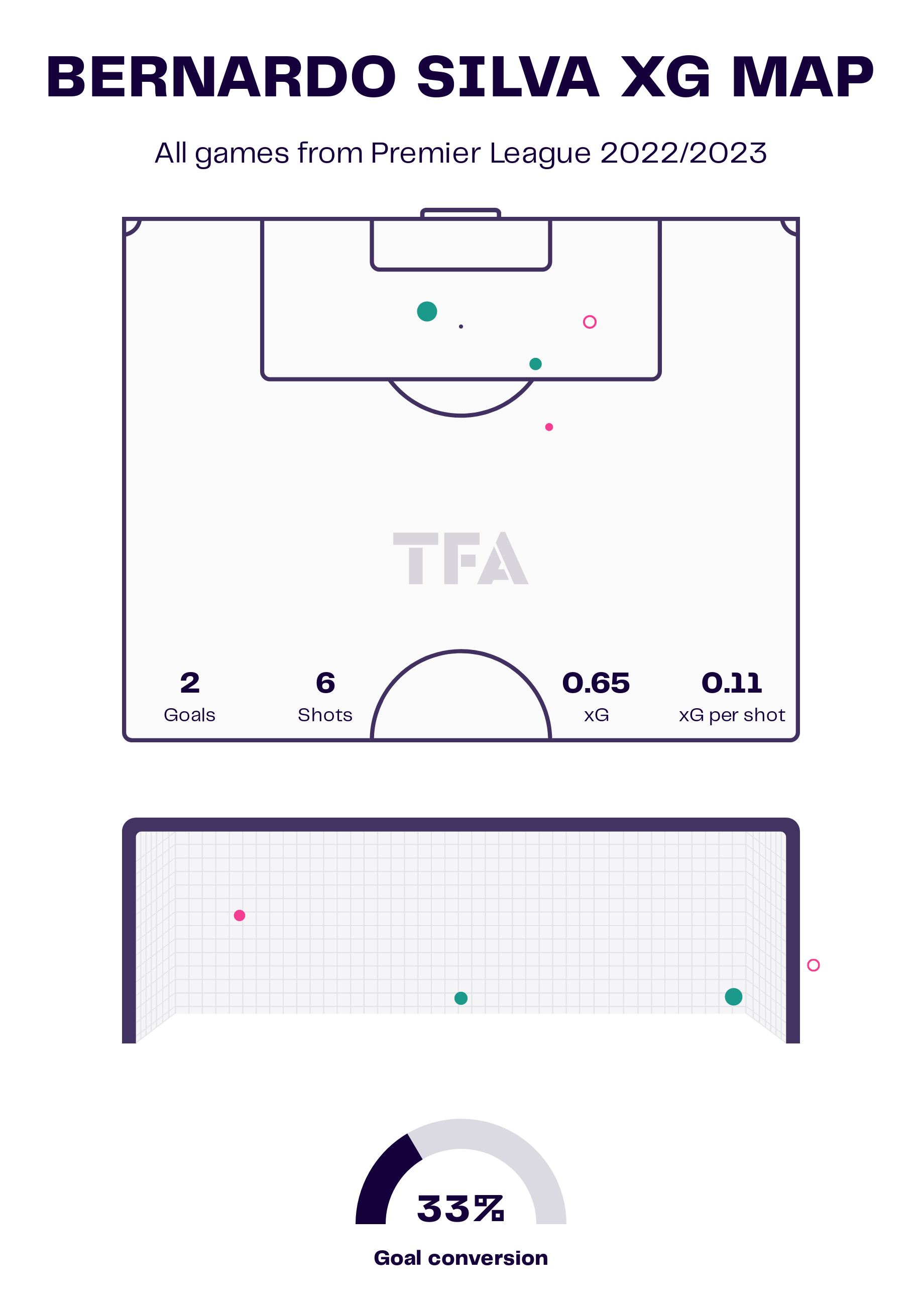 Bernardo can chip in with a few goals every season. This season he has already scored two goals with an xG rate of 0.65. The player has attempted six shots with a 50% shot accuracy rate. Both goals have been scored from inside the penalty box.

The Portuguese is a good passer of the ball and is confident in carrying the ball. He can also score a few goals and chip in with some assists. Barcelona wanted a similar kind of midfielder, and this is the reason why they are so keen to sign him. Bernardo Silva is their target for the next season, and he could be on the move to Spain.

Under the microscope: Kevin De Bruyne running the show for Manchester...