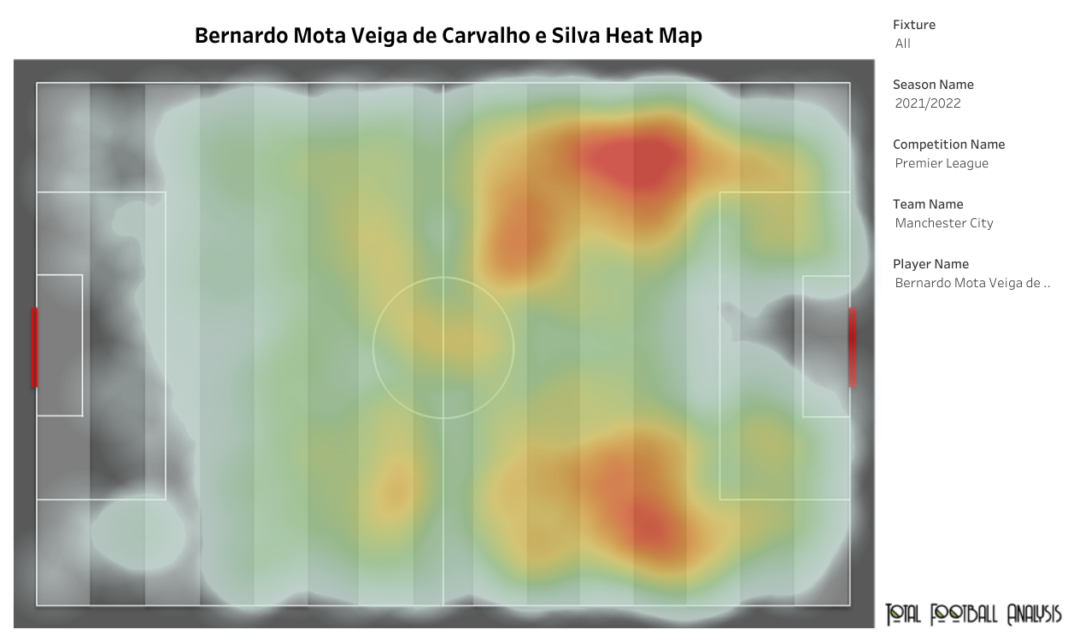 Since his arrival from AS Monaco in the summer of 2017, Bernardo Silva has established himself as a key man in the Manchester City squad. He played at least 2,000 minutes in all but one of his seasons at the Etihad Stadium. However, other elite clubs across Europe have registered interest in the Portuguese international, most notably Barcelona. But Pep Guardiola has denied rumours that Silva will leave the club this summer. Despite the arrival of Erling Haaland, the departures of Gabriel Jesus, and possibly Raheem Sterling, will only increase the importance of Silva’s role at Manchester City. 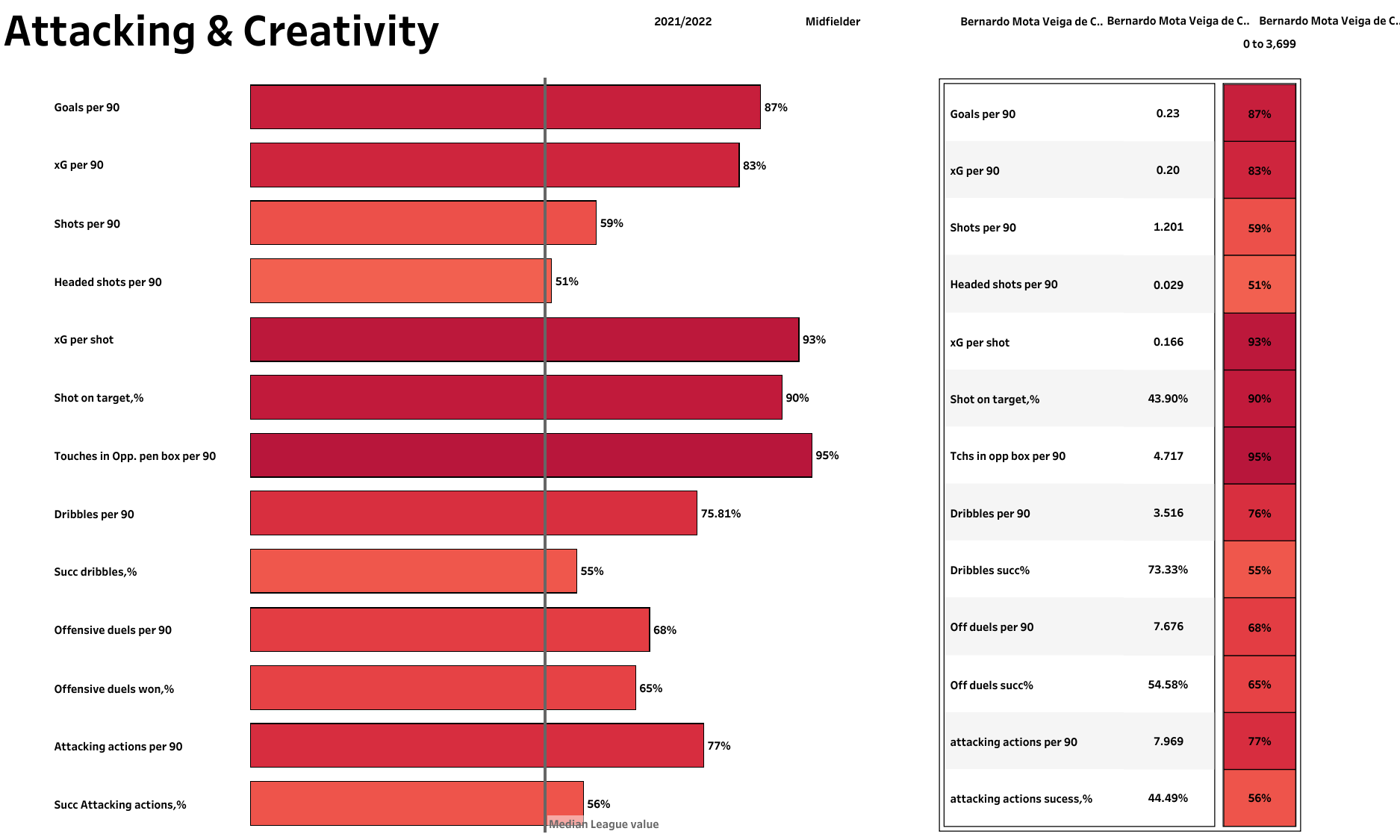 Bernardo Silva played 35 games for Manchester City in the Premier League last season, spending 2,857 minutes on the pitch. He scored eight goals and did so at a rate of 0.23 per 90, slightly higher than the 0.2 xG per 90 predicted. He took only 1.2 shots per 90 but hit 43.9% of these on target and generated an xG of 0.166, which put him in the top 7% of midfielders in the latter category. The Portuguese man also registered more than 4.7 touches in the penalty area per 90, ranking him in the 95th percentile. 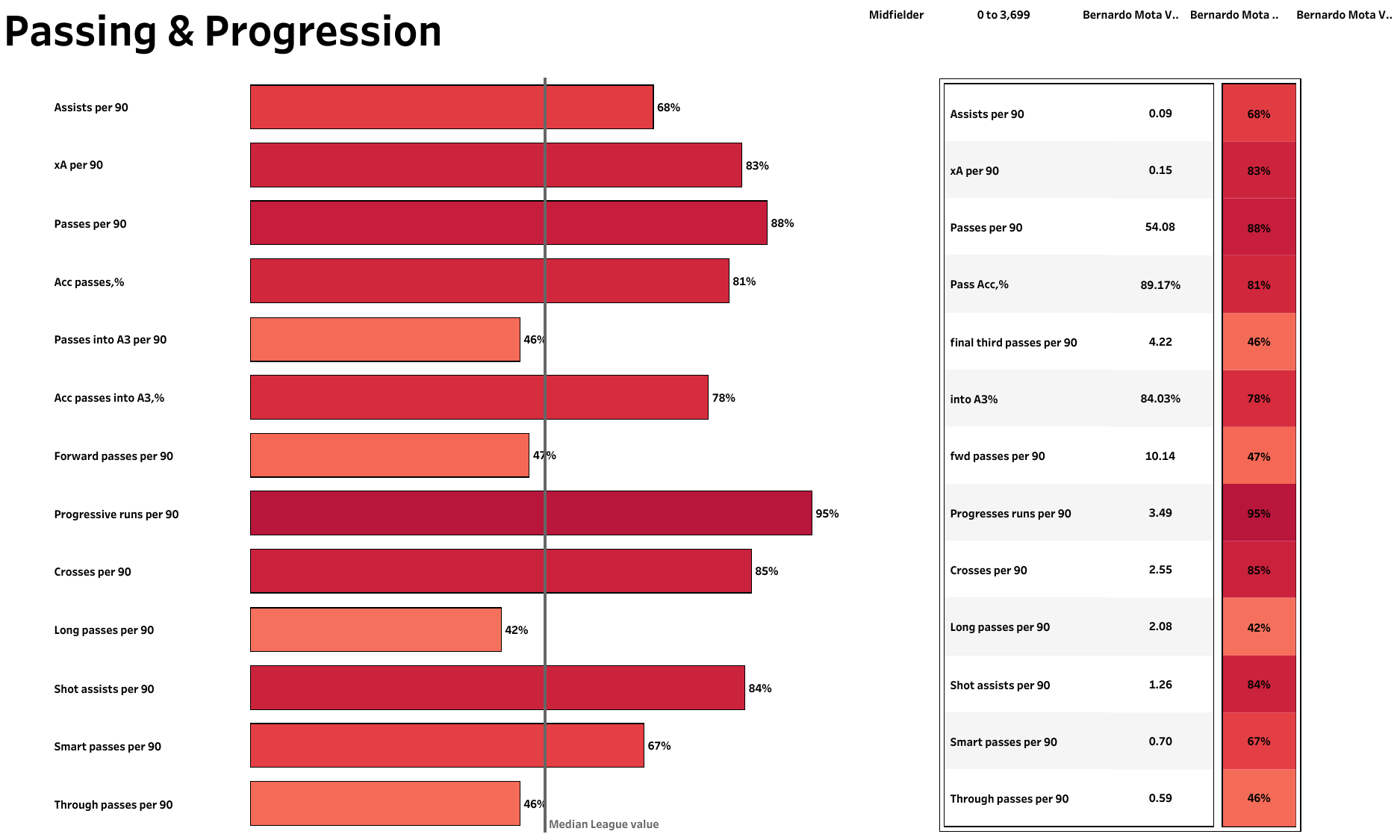 In addition to his eight goals, Silva provided four assists, bringing a goal involvement every 238 minutes. In fact, he slightly underperformed when compared to xA. He attempted 54 passes per 90 at an accuracy of 89.17%. The Portuguese also completed 84% of his passes into the final third for the Cityzens. He made just under three and a half progressive runs per 90, which put him in the upper 5% among midfielders. He also ranked in the top quintile for crosses per 90 and shot assists per 90, with 2.55 and 1.26, respectively, to his name. 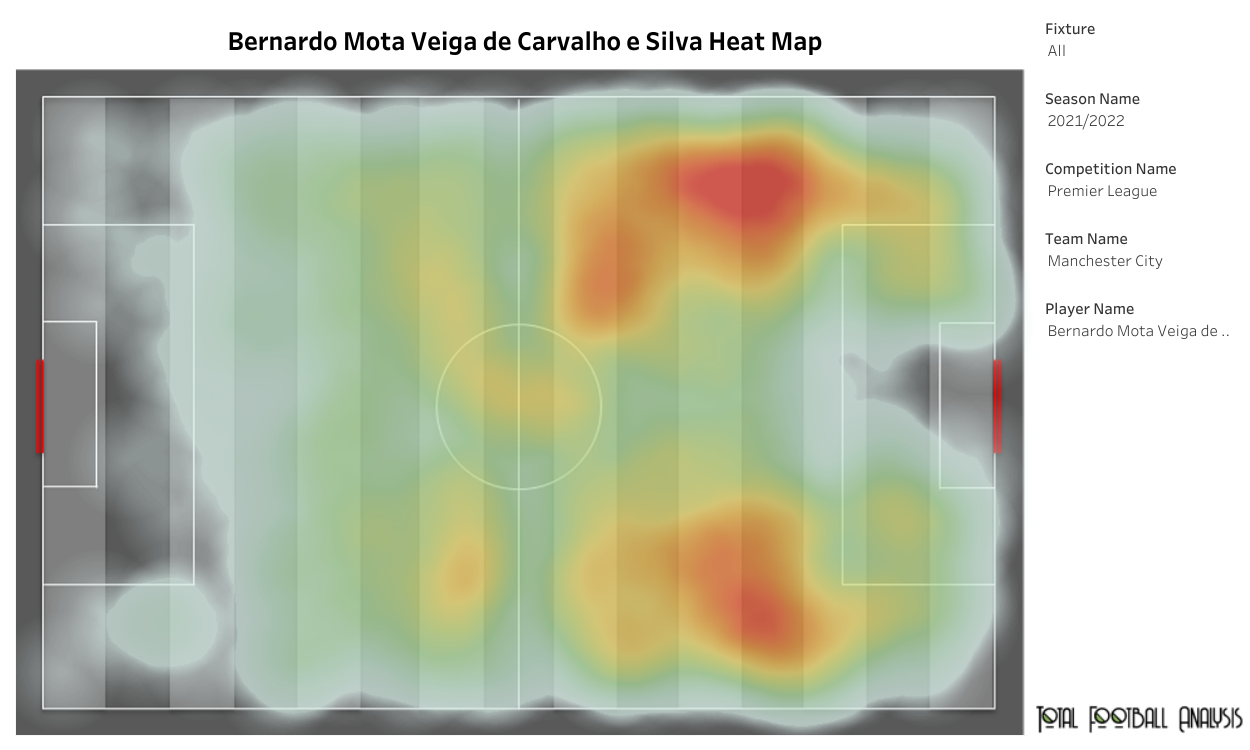 Silva is a versatile man who can play across the front line just behind the striker, though last season, he mostly featured on the left flank as well as on the right wing. Time and time again, he cut inside, allowing the full-backs to make overlapping runs from deep. The 27-year-old completed 3.22 passes into the final third per 90, 1.32 passes into the penalty area per 90, 10.8 progressive carries per 90 and 3.41 carries into the attacking third per 90. Defensively, he attempted 15.1 pressures per 90, 2.65 tackles and interceptions per 90 and 1.04 blocks per 90. 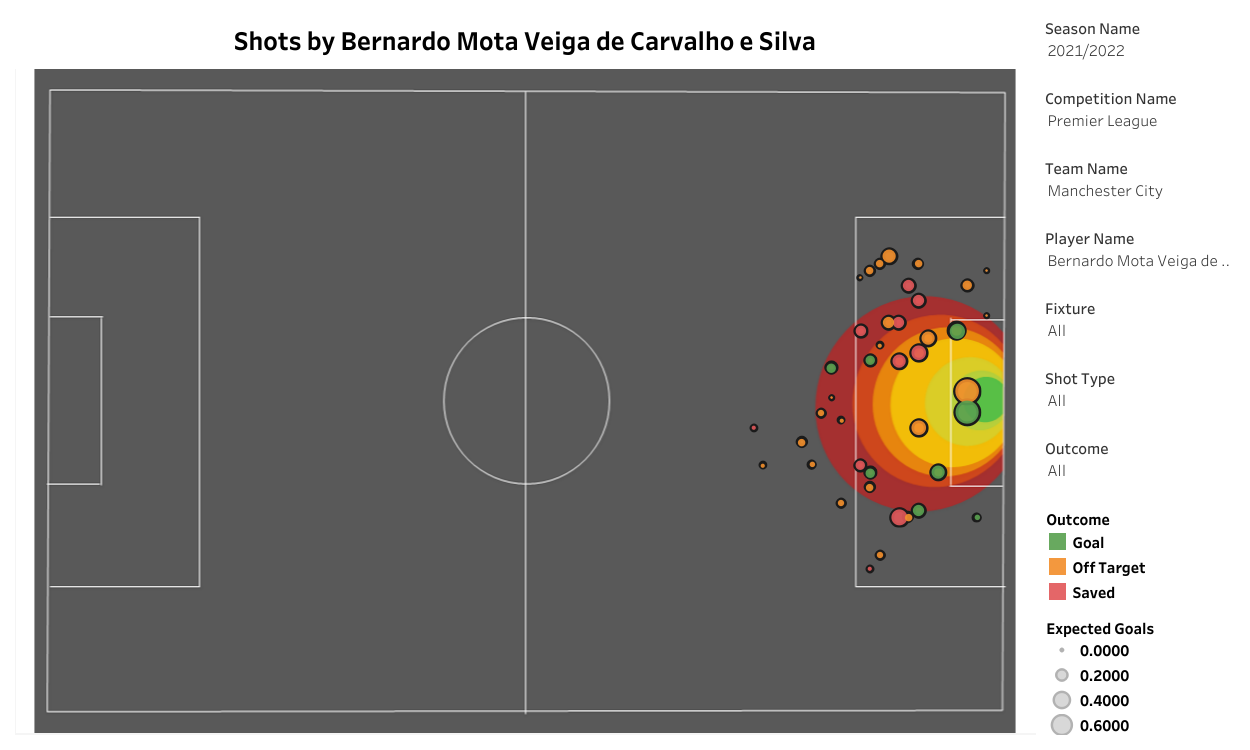 With Gabriel Jesus having already left and Raheem Sterling possibly following him through the exit door, Bernardo Silva may be expected to play a more important role in the attacking areas this season at Manchester City.