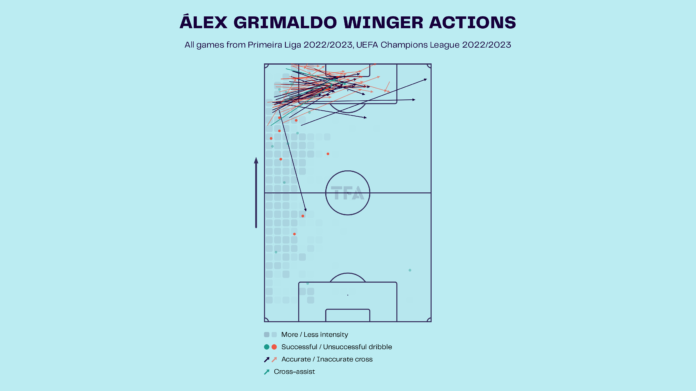 Manchester City is one of the clubs interested in signing Benfica’s left-back Alex Grimaldo. The 27-year-old rose from the youth ranks at Barcelona but was unable to play for the first team. He joined Benfica in 2016 and has been a regular member of the squad since then. The player was also on the wishlist of a few clubs earlier in the season, but the deal didn’t go through.

Manchester City need another full-back in their squad. They lacked depth in that department of the field and had to play make-shift full-backs in some of their matches. Having graduated from Barcelona’s academy, Alex Grimaldo will have a bit of an idea of how Pep’s side will play and what the manager will demand from him.

We now look at some of the stats that show why the defending English Premier League champions have shown their interest in the player. 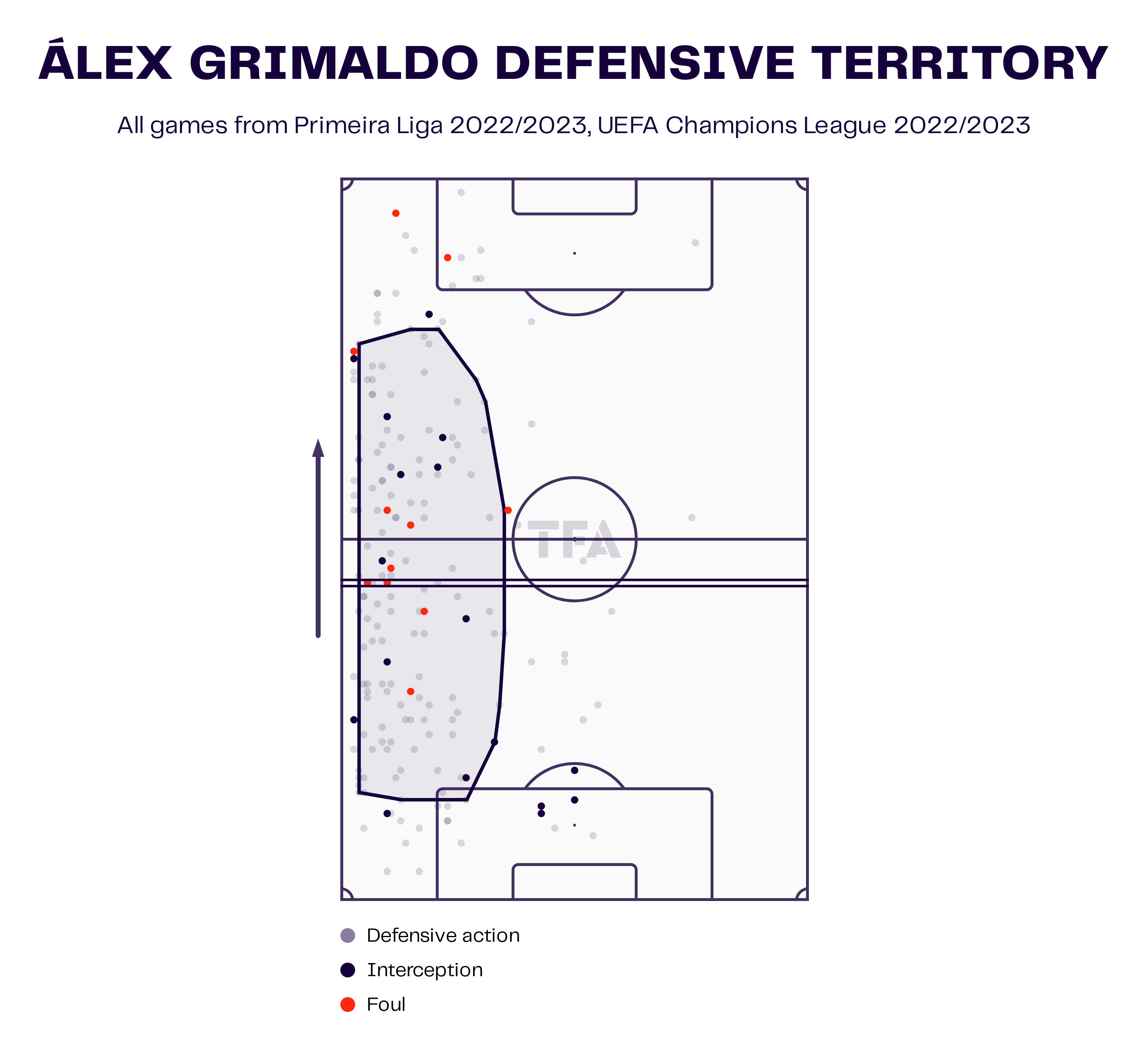 Alex Grimaldo has featured in 11 games for his side this season. These include seven league games and four games in the UEFA Champions League qualification stage. Alex Grimaldo is an attacking full-back who already has a goal and three assists to his name this season. Last season, he scored five goals and provided seven assists in 45 games. The above viz shows the defensive territory and the defensive actions taken by the player. We can observe that most of the defensive actions have been taken on the edge of the middle third. He averages 14.8 duels per 90 minutes and has a 55.1% win rate. He also averages 2.46 interceptions. 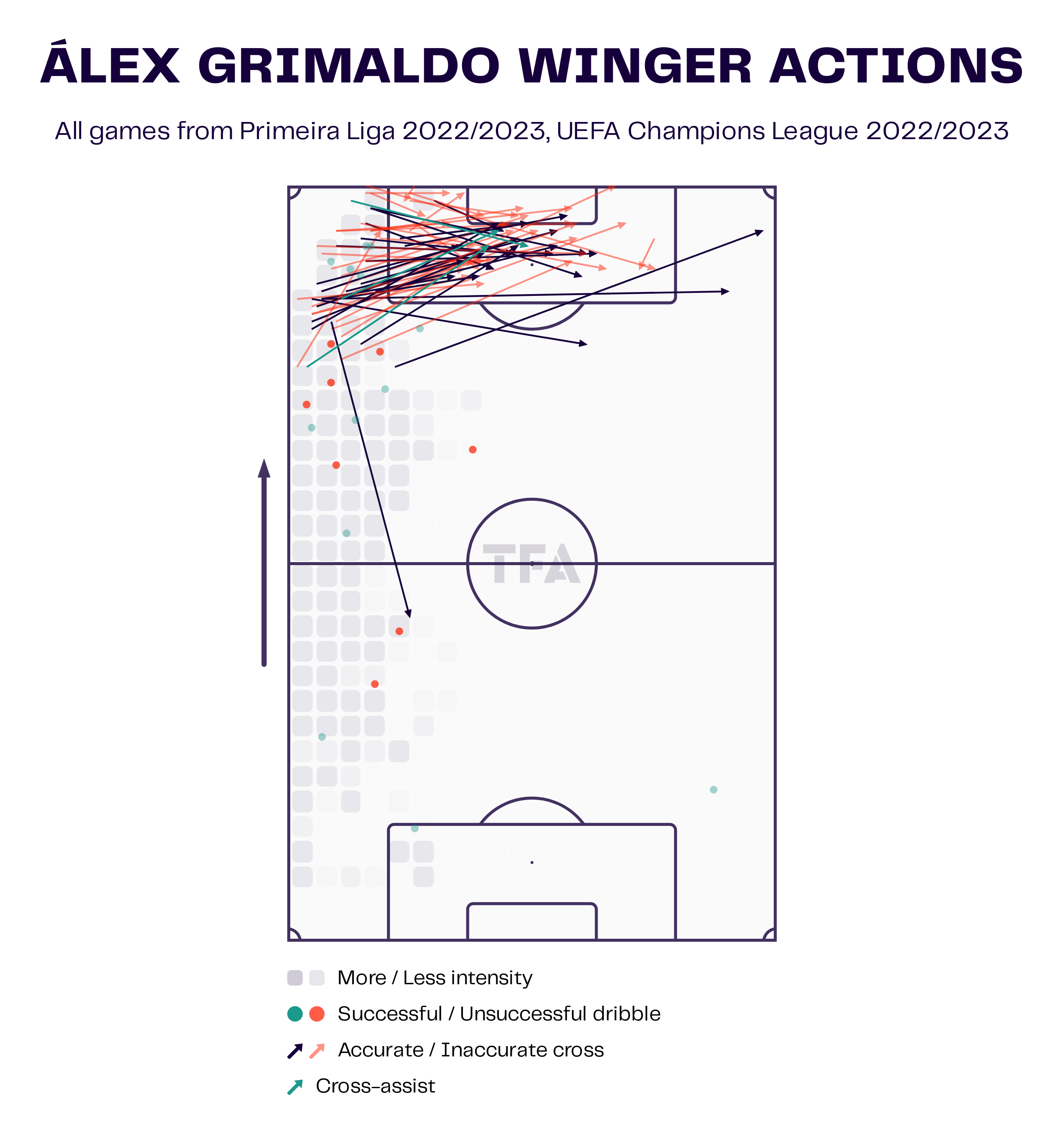 Attack is the best form of defence for the full-back. His high attacking line allows him to penetrate the opposition penalty box. Alex Grimaldo averages 57.47 passes per 90 minutes and has an 83.9% accuracy rate. He averages 5.4 passes to the penalty area per 90 minutes. This shows the ability of the player to find his teammate inside the penalty box. Most of his dribbles on the edge of the penalty box have also been successful. Alex Grimaldo can provide such handy runs and that could help City score goals. 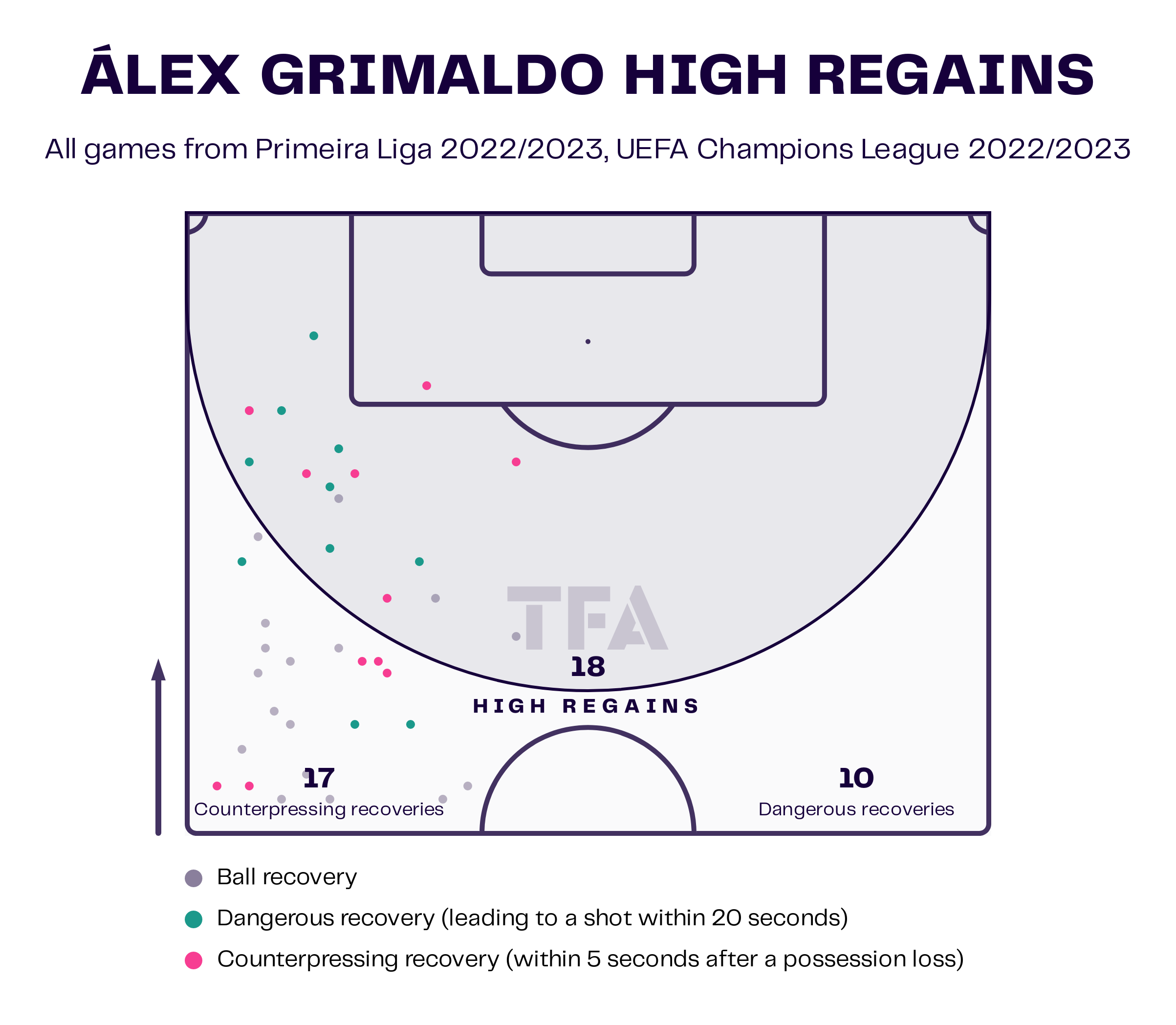 Another defensive ability of the player that has attracted many clubs is his recovery rate in dangerous areas. Alex Grimaldo averages 7.37 recoveries per 90 minutes and 40.2% of them have been made in the attacking half. These include 17 counter-pressing and ten dangerous recoveries. Such recoveries will allow a team like Manchester City to take charge of the situation in attacking areas.

Manchester City will surely be eyeing a full-back in the transfer window. Alex Grimaldo could be a great addition to the squad. He has the attacking sense that makes him one of the best left full-backs in the world.