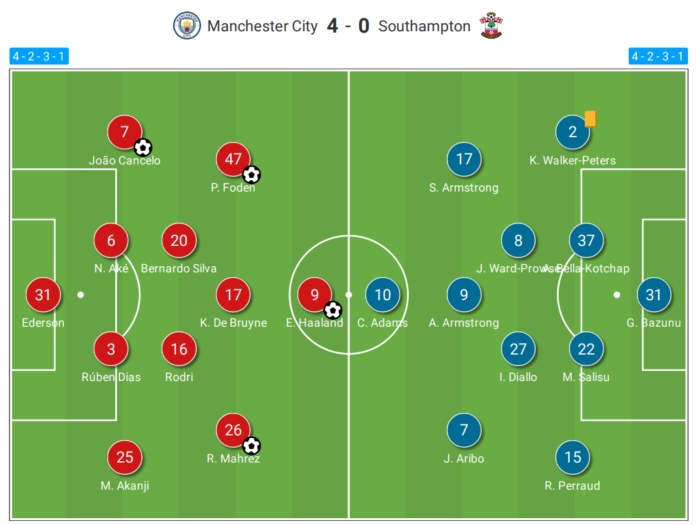 Manchester City continued to impress in the English Premier League after a 4-0 win over Southampton. The defending champions secured their seventh win of the season and have now scored 33 goals in nine matches. The visitors suffered their sixth defeat of the season and are just sitting above the relegation zone. The first, second, third, and fourth goals were scored by Joao Cancelo, Phil Foden, Riyad Mahrez, and Erling Haaland, respectively.

Which Manchester City player attempted the highest number of crosses? Who won the most defensive duels for Southampton? 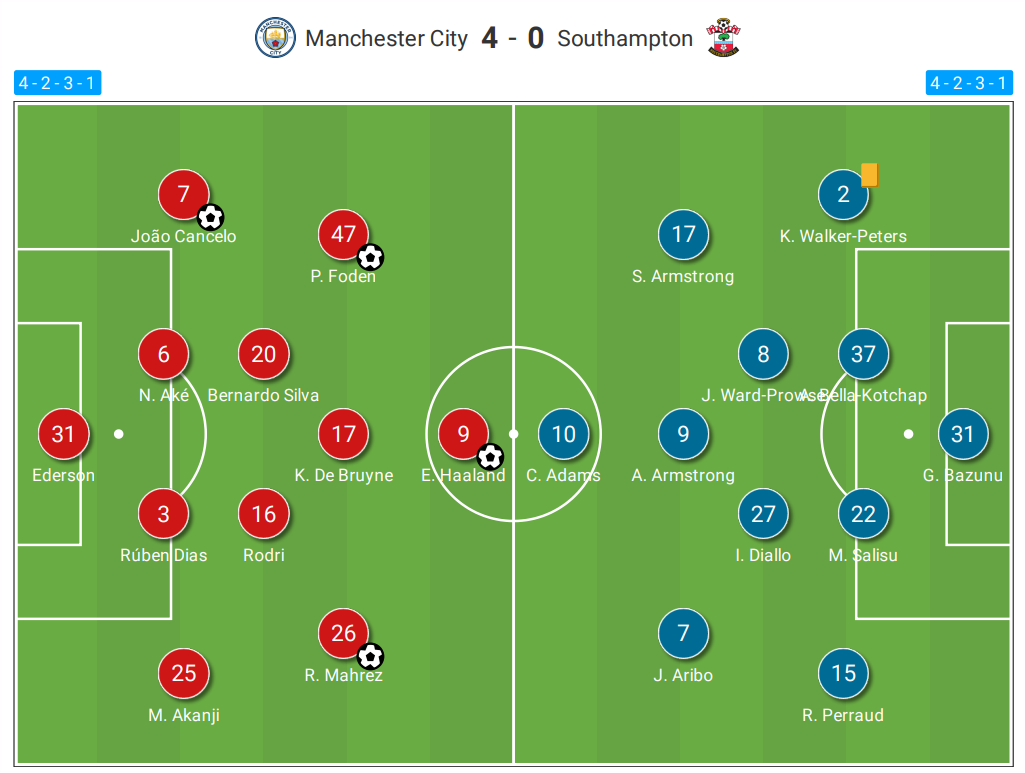 Under the microscope: İlkay Gündoğan – Does the versatile midfielder deserve...

“Sterling will bounce back” – Guardiola