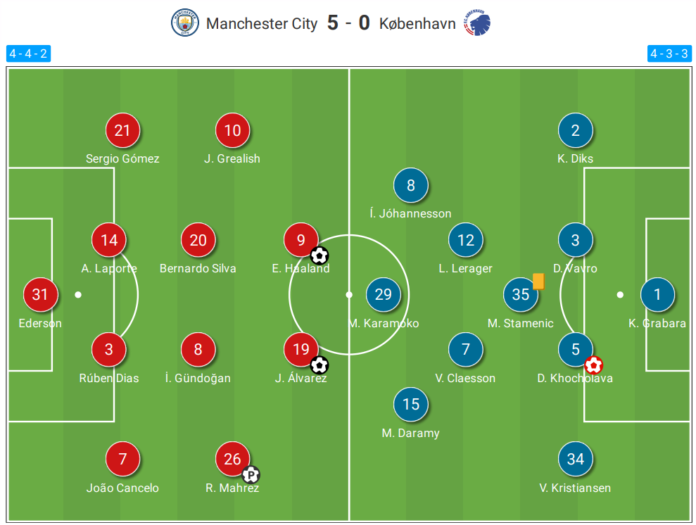 Manchester City continued their good run of form and maintained their 100% record in the UEFA Champions League after a convincing 5-0 victory over FC Copenhagen. Erling Haaland was once again on the scoresheet and grabbed a brace in the opening half of the match. Pep’s men dominated the match and deserved their third victory in the group stage.

What were the attacking zones for Manchester City? How many defensive duels were won by FC Copenhagen? 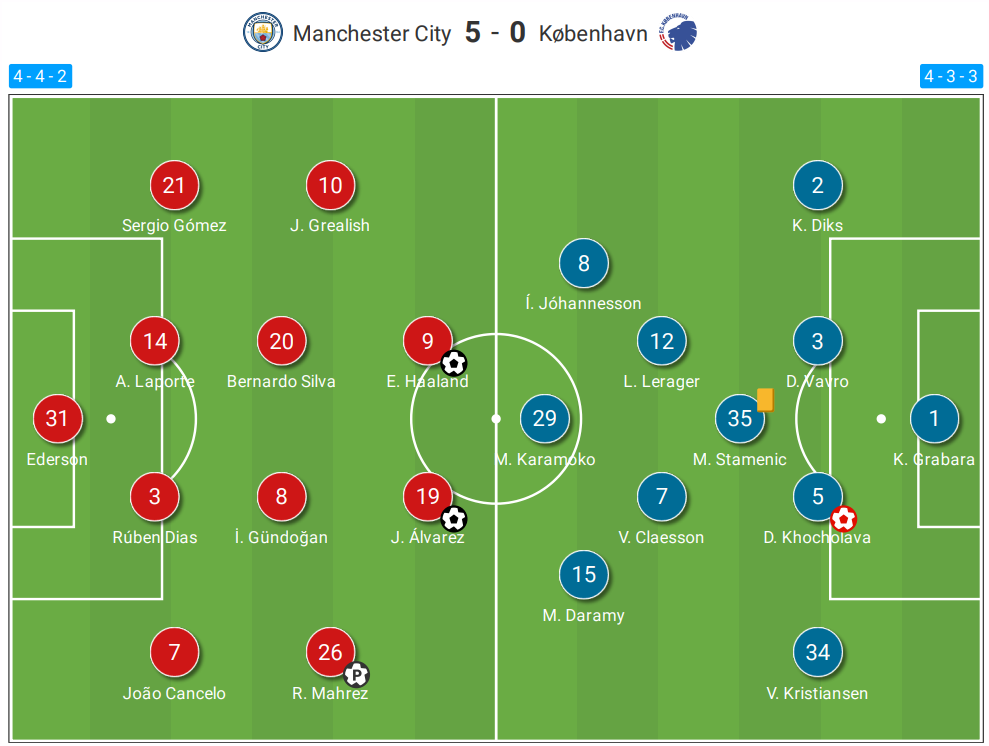 Back three? How Man City could look without key defender