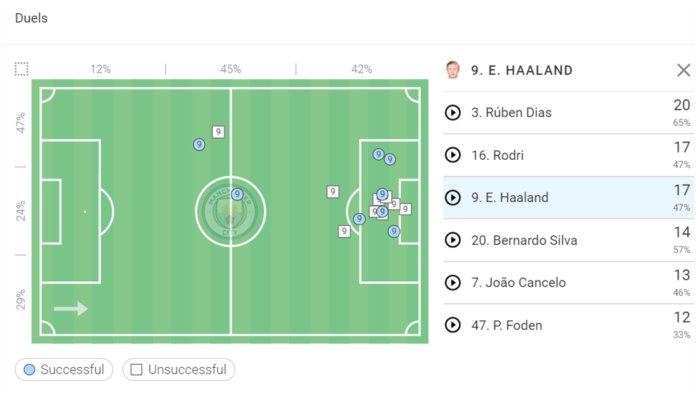 Erling Haaland is becoming one of the biggest names in English football. Manchester City signed the 22-year-old Norwegian striker from Borussia Dortmund to lead their attack. He is following his dad’s legacy, who was also a former Manchester City player. Haaland has been a prolific goalscorer at such a young age and is regarded as one of the biggest talents in modern-day football. Manchester City were in desperate need of a striker following the departure of Sergio Aguero from the team. In his spell at Manchester, the Argentine helped City to achieve glory. Pep Guardiola’s team were missing a proper number nine, and now they have one of the best in the world. Haaland scored six goals in his first four games, including a hat-trick. The 22-year-old added three more goals yesterday against Nottingham Forest, taking his tally to nine goals in five matches. Some of the stats below show how he will be the key man in City’s title defence in the English Premier League and in their hunt for a maiden European title. 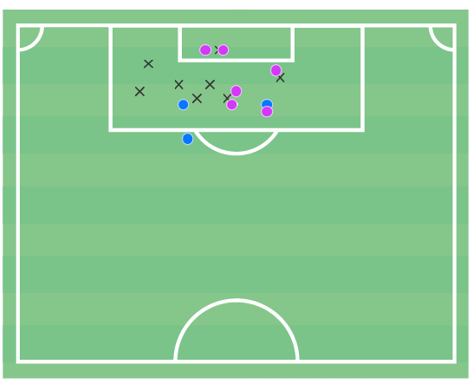 Haaland has spent 351 minutes on the pitch in the first five matches. The forward has been involved in 158 actions with a 48.7 success rate. Haaland has been bought to score goals, which is exactly what he does on the pitch. The forward has made 18 attempts with a 50% shot accuracy rate. The above shot map shows that Haaland has only attempted one shot from outside the penalty box. He averages 7.44 touches inside the penalty box, and this shows his ability to read the play before the defenders. The striker has also managed to take three attempts from inside the 6-yard box and has scored on two occasions. He has an overall xG rate of 4.77. This shows that Pep has got the right person who can get behind the dangerous passes played into the penalty box. 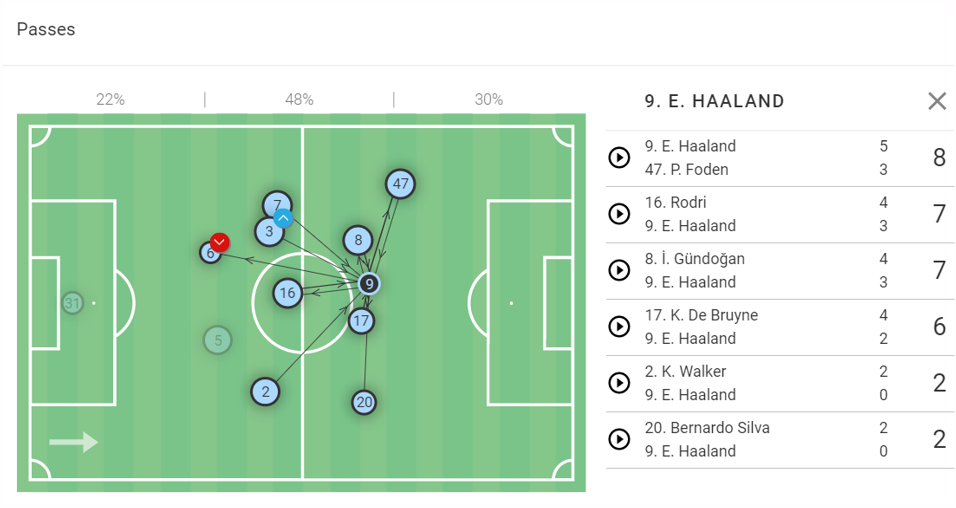 Haaland has one assist to his name. He only averages 12.3 points with an 85.4% passing accuracy rate. The above viz shows that he has linked up with the forward players as well as the midfielders. It can also be observed that the striker likes to drop into the midfield and make runs into the box whenever City are attacking. 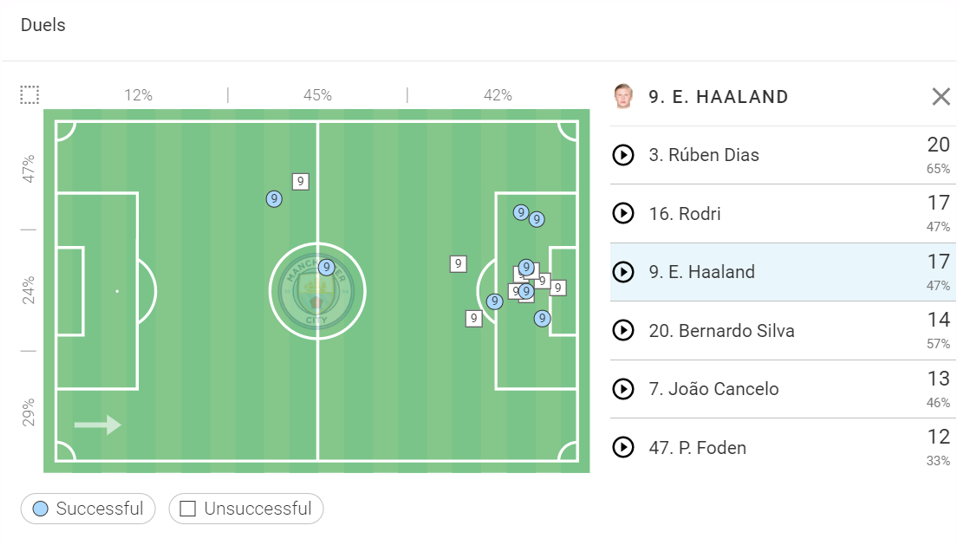 Haaland is a beast when it comes to winning aerial duels inside the opposition’s penalty box. His tall figure allows him to jump higher than the defenders, and he is behind the crosses most of the time. In the last match, he contested 17 duels with a 47% success rate. These included six aerial duels, and Haaland won four. All the aerial duels were won inside the penalty box. This shows that City players can now supply crosses at regular intervals into the box and hope that Haaland gets to the end of it.

The Norwegian is making his mark in Manchester. He is becoming the favourite to lift the Golden Boot in the English Premier League this season. The striker also has the ability to win games for his team single-handedly. Erling Haaland will play a key role in City’s title defence, and they will hope that the striker continues with this form in the UEFA Champions League.

How Man City went inSané in their demolition of Schalke