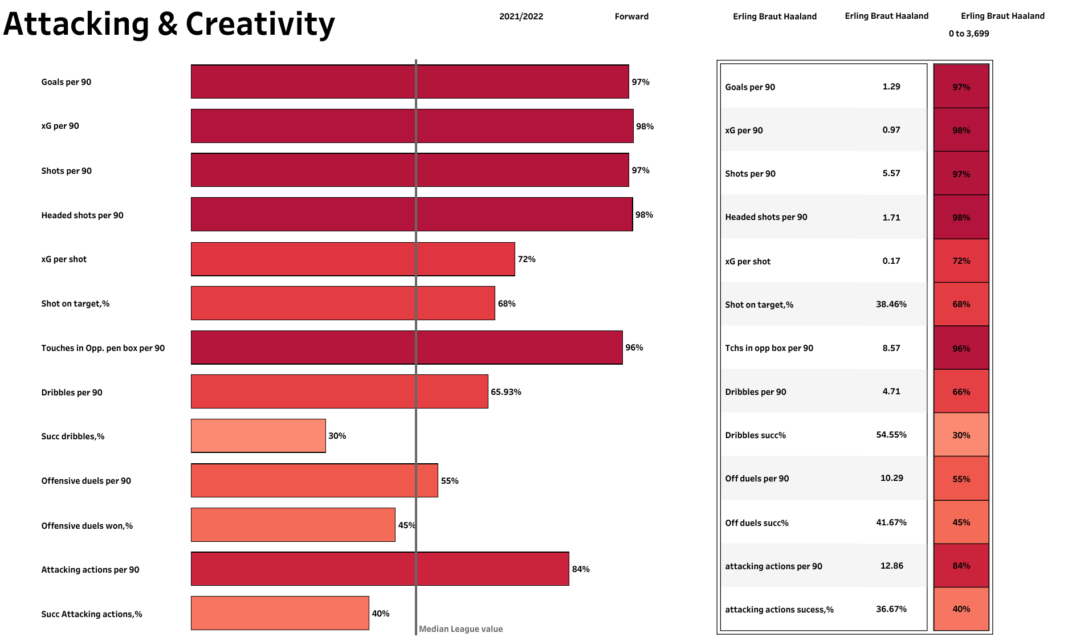 Manchester City ended a saga that lasted for years when they signed the Norwegian superstar, Erling Haaland, from Borussia Dortmund earlier this month for a reported €60 million. He will join the Cityzens on 1st July 2022. This has been the biggest signing this summer, not just for Manchester City, not just for the Premier League, but across the football world thanks to Kylian Mbappe staying put with PSG. Here, we will take a look at how the Norwegian might perform at the Etihad Stadium under Pep Guardiola. 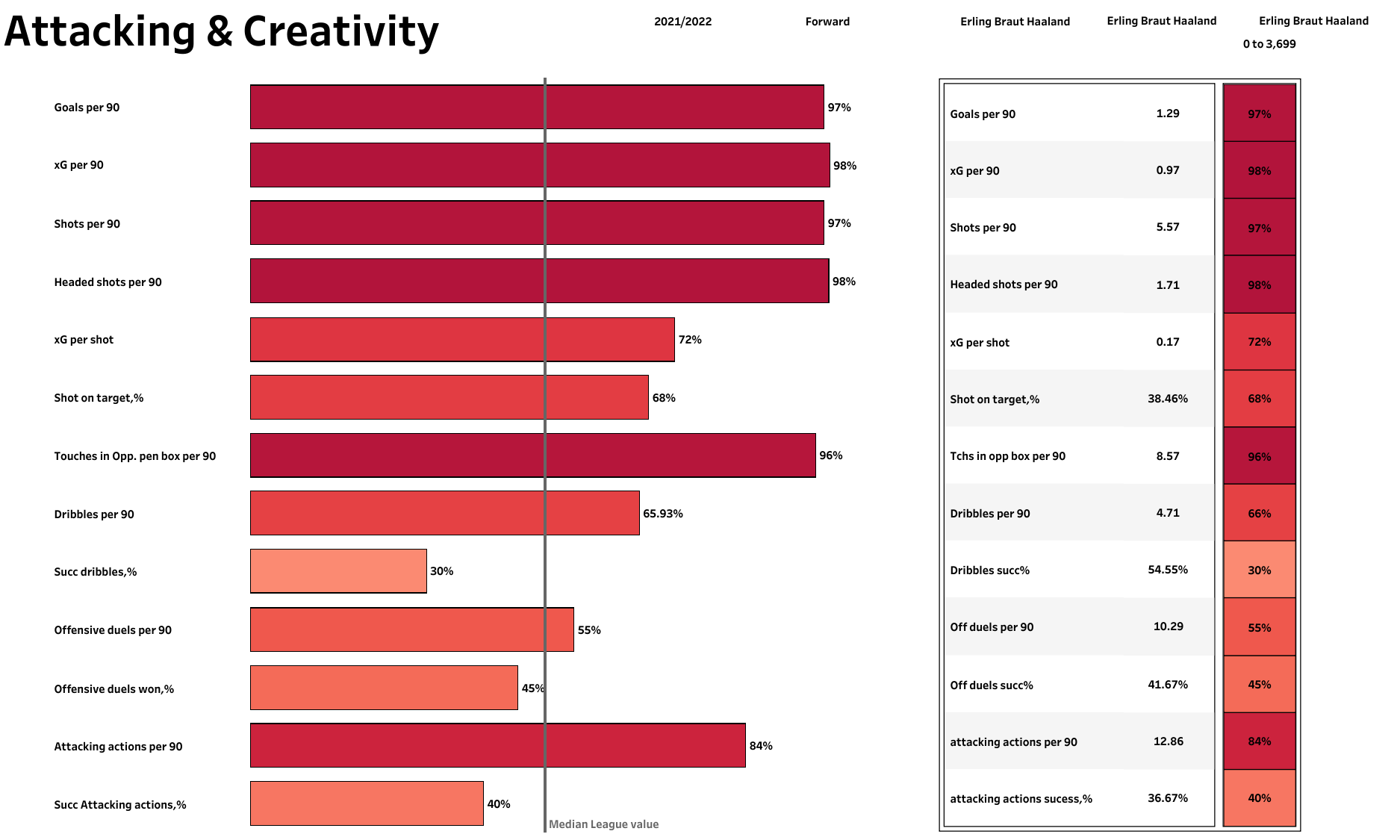 Haaland played only three games (203 minutes to be precise) for Borussia Dortmund in the 2021-22 UEFA Champions League due to injuries. As a result, Die Schwarzgelben were eliminated from the group stages of this season’s UCL, finishing third behind Ajax and Sporting Clube de Portugal. Yet, in his limited playing time, Haaland has scored thrice at an outrageous rate of 1.29 goals per 90, which is higher than his already high xG of 0.97 per 90. With 5.57 shots per 90, he ranks in the top 3% for strikers in this UCL season. Haaland also ranks in the 96th percentile for touches in the opposition’s penalty area, with 8.57 per 90. 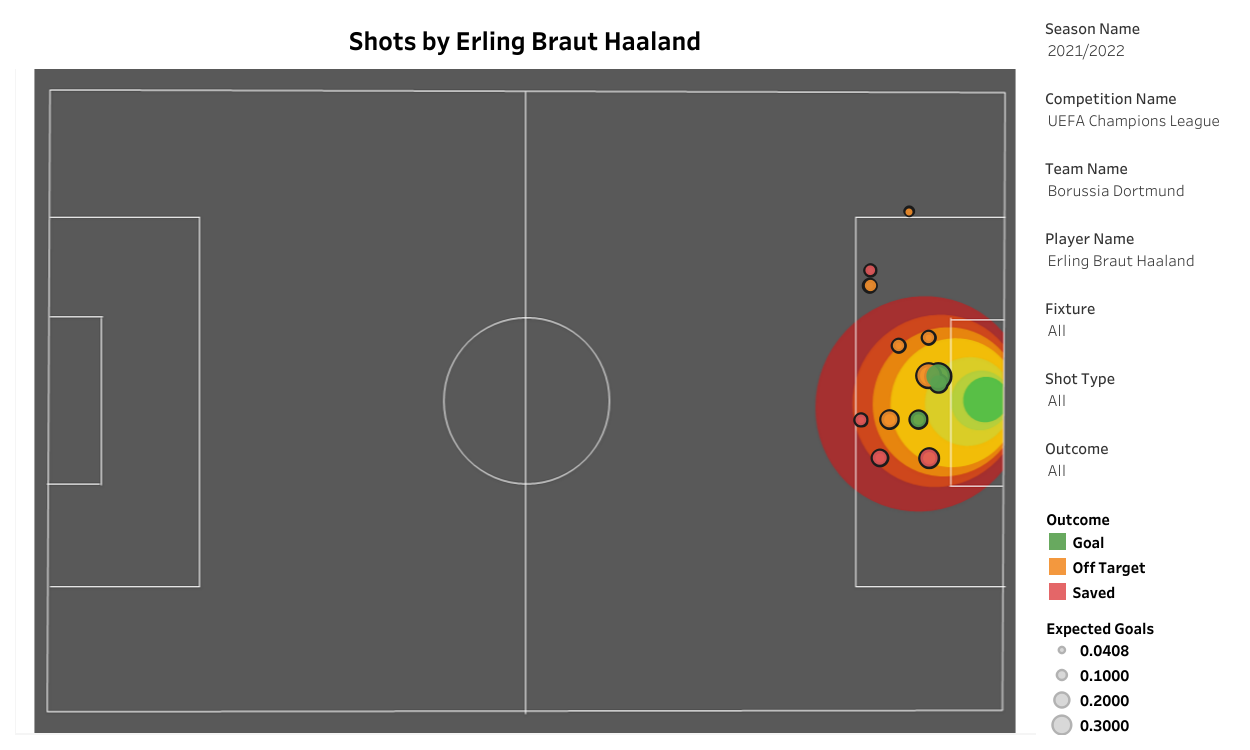 Shown above is the shot map of Erling Haaland in the 2021-22 UEFA Champions League for Borussia Dortmund. All but one of his shots have come from inside the opponents’ penalty box. Haaland has attempted 12 shots in this UCL campaign and netted three goals, meaning he has a conversion rate of 4.0 shots per goal scored. Of these 12 shots, seven of them have been on target, testing the opposition goalkeepers. 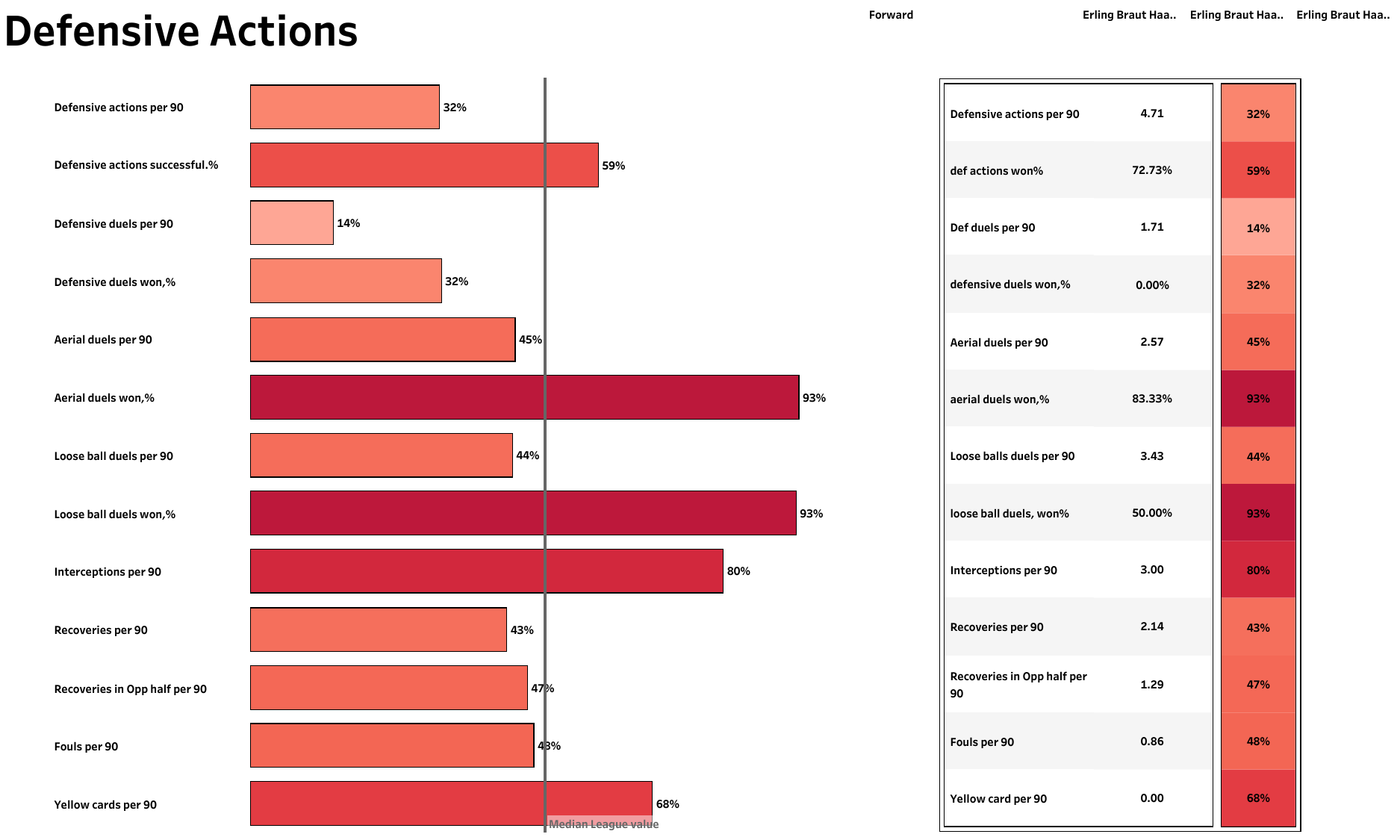 While Haaland is not a defensive master by any means, he is very much an aerial threat. The Norwegian forward, who stands at 194 cm tall, is winning 83.33% of his aerial duels despite attempting only 2.57 aerial duels per 90 for Borussia Dortmund in this UEFA Champions League season. He has also won half of his loose ball duels, which puts him in the top 7% for forwards in this category.

Erling Braut Haaland and Manchester City seem to be a match made in heaven. His father Alf-Inge Haaland was a former Manchester City man himself and would have no doubt played a big role in bringing his son to the Etihad stadium. Erling will definitely improve Manchester City. The only question is by how much. However, one thing Manchester City must be cautious about is his injury record. According to Transfermarkt, he has missed 146 days (or 28 games) through injury since his time at the Signal Iduna Park.