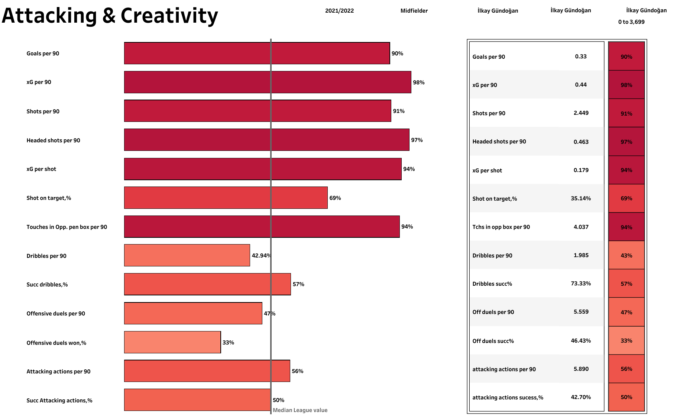 Manchester City were given a reality check in the Premier League as Tottenham Hotspur secured a 3-2 win at the Etihad Stadium on Saturday. Harry Kane struck twice in the second half, including an injury-time winner, to end the Cityzens’ 13-game unbeaten streak across all competitions.

It was a disappointing result for City, but there was one player who stood out for City and had a great game despite the result. It was Ilkay Gundogan who leveled the score for City and also struck the woodwork with a ferocious volley before he found the back of the net. Manchester City signed Ilkay Gundogan from German club Borussia Dortmund in 2016. His career in the English Premier League didn’t start like he would have expected to. The midfielder had to spend some time on the sideline due to injuries and missed the game time in his early days in England.

The German midfield maestro, Ilkay Gundogan, became an increasingly important player for City since last season when he scored 17 goals last season. This season, he has not quite matched last year’s scoring levels and has scored seven goals so far. 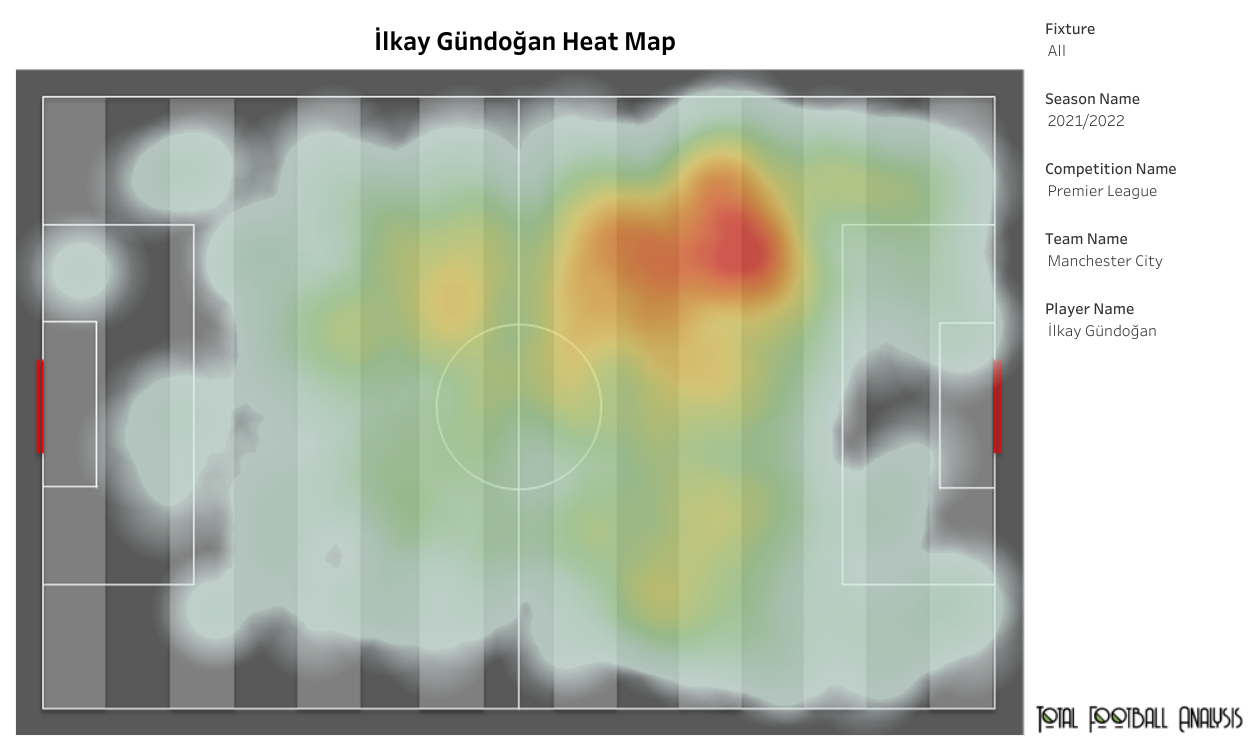 The above heat map shows us the positions Gundogan has played in this season. He has operated from the left side of the central midfield. His average position is within the opposition’s half and just behind the attacking third. Joao Cancelo’s new inverted position, which brings the Portuguese in the midfield when City have possession, frees Gundogan to occupy a more advanced role. This allows him to attack the box when City are in the final third, which is arguably his best trait. The advanced role has given the German an opportunity to show Guardiola why this is his best role. 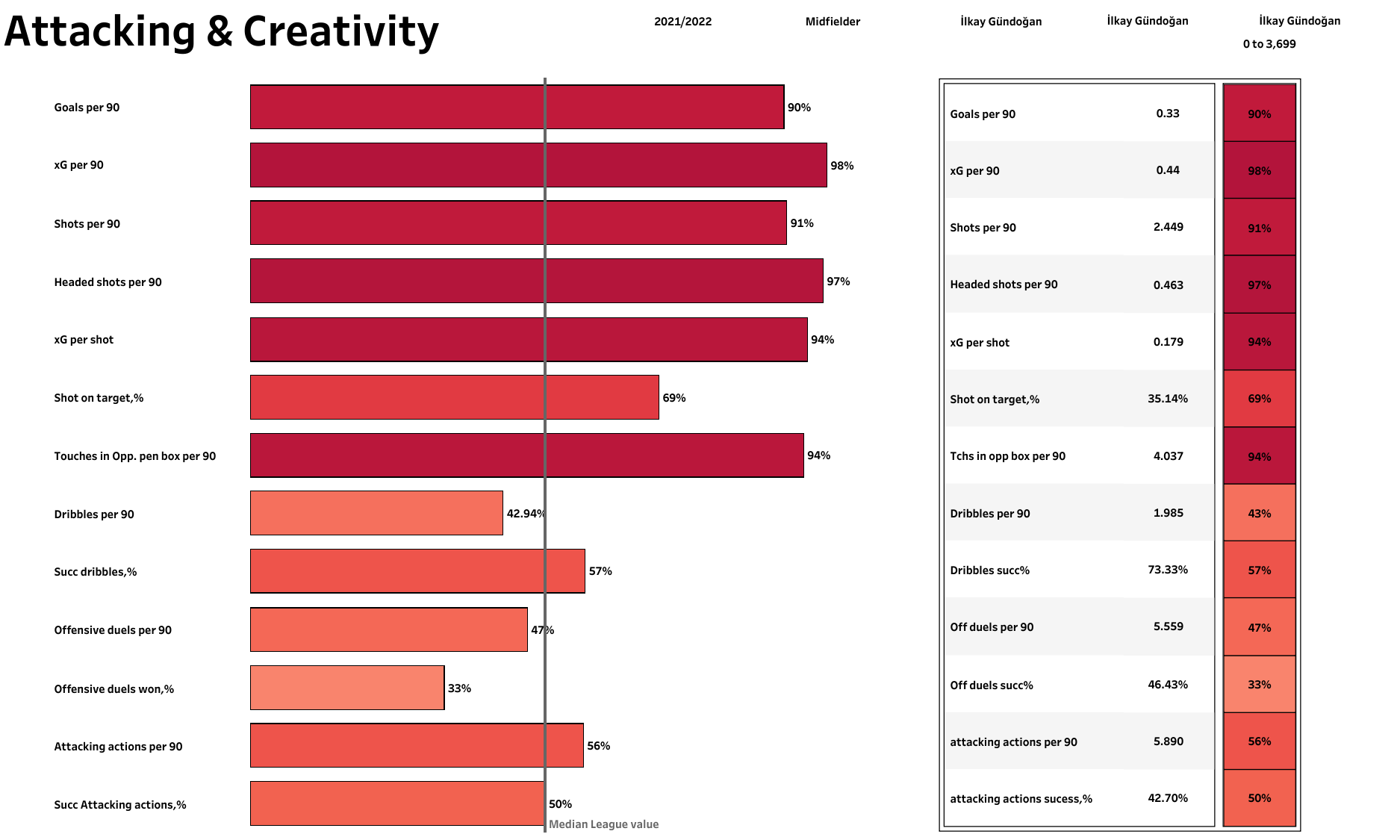 The above viz shows the midfielder’s attacking & creativity stats from last season. When looking at the above chart, the general rule is that the longer the bar, the better the performance – you can see the league average in the middle, and the % is the percentile rank the player is in.

Pep Guardiola was without Kevin de Bruyne for a few games, and Ilkay Gundogan stepped up as the senior player in his absence. He has averaged 0.33 goals per 90 with an xG rate of 0.44 per 90. He was ranked top amongst the other players in the division. He attempted more than two shots per game with an accuracy rate of 40%. The player averaged more than four touches within the opposition box per 90 minutes and is ranked highly for this stat. 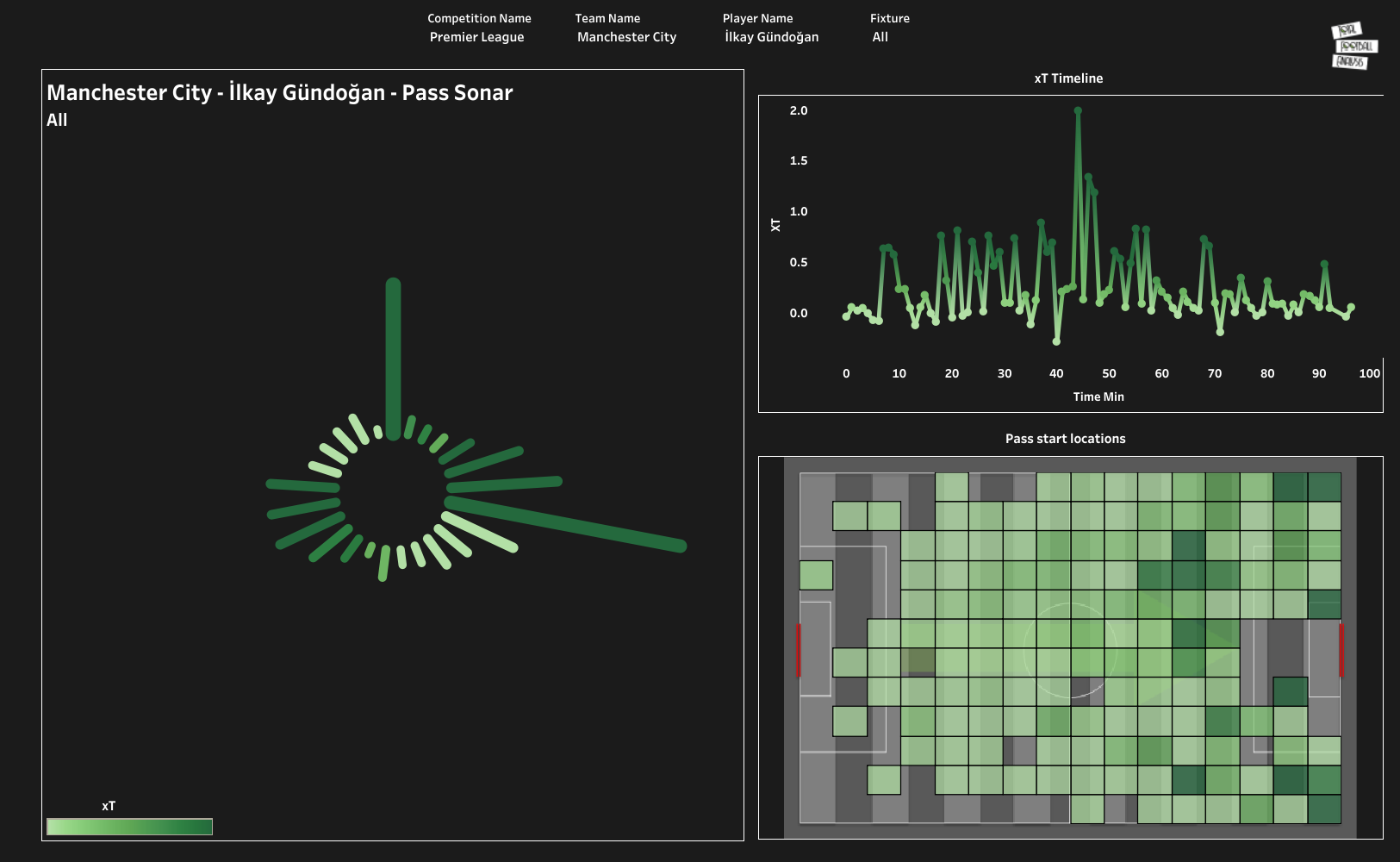 The pass start locations of Gundogan show that he has been flexible with his positioning and has played centrally as well as on the left and right sides of midfield. The xT graph indicates that he has had a high xT throughout the game and can play the perfect pass to his teammates. The midfielder has registered four assists so far in the season in 28 appearances for City. 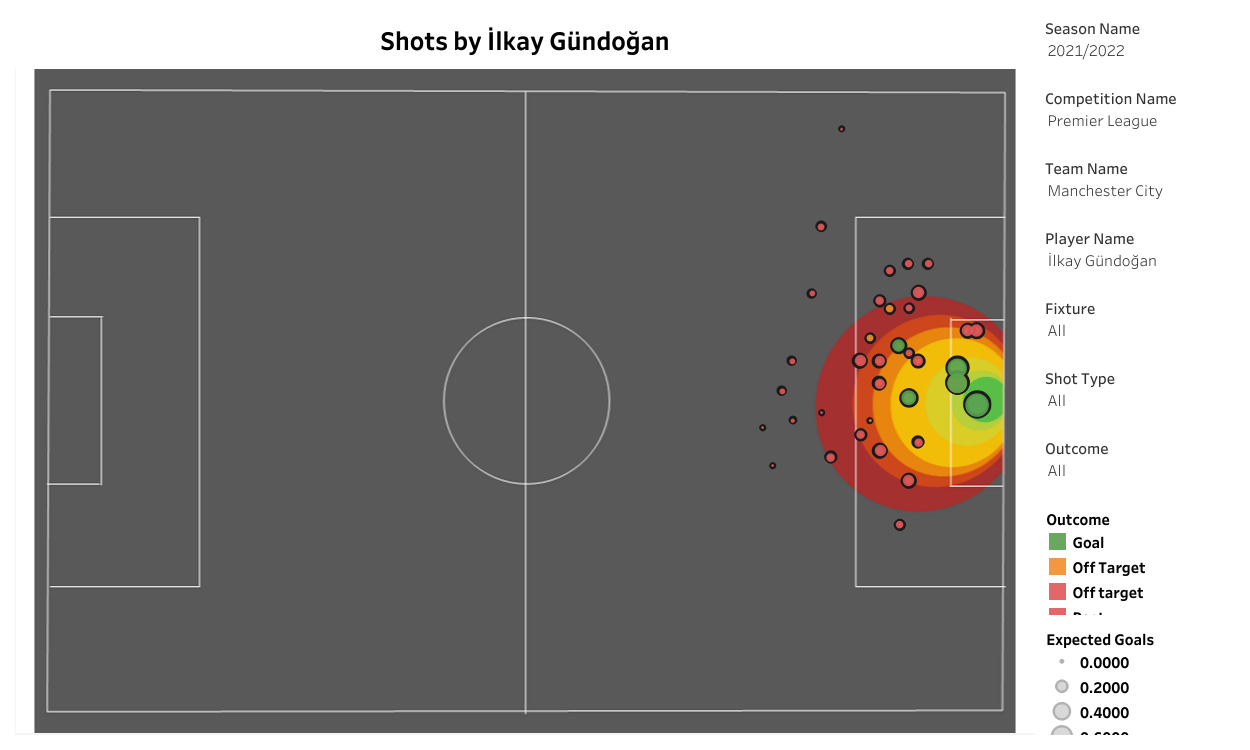 This is the shot map of Gundogan from the current season. The midfielder has featured in 28 games for the Manchester club and has scored on seven occasions. The goals are scored from inside the opposition’s 6-yard box. Gundogan has 13 shots on target so far and has attempted 10 of these from inside the penalty area. The shot map shows us how he has been able to get into great positions inside the penalty area with the late runs that he makes into the box.

Ilkay Gundogan has transformed while going forward in the recent seasons. The midfielder has provided stability to the midfield but has not been a regular starter in the midfield. Pep Guardiola is known for his tactical changes, and he would expect his senior players like Gundogan to step up whenever he is needed. The player has grown a lot and is a crucial part of the Manchester City team.

Man of the moment: The effect of this international star on...

Guardiola’s “most talented” player still struggling for game-time, so what next?