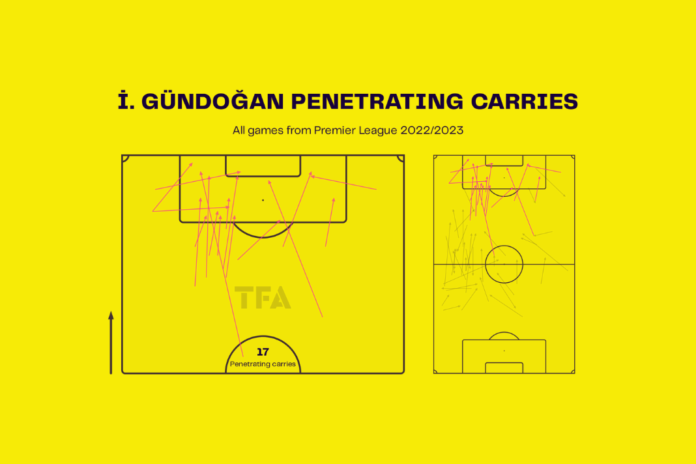 Manchester City are one of the powerhouses of modern football. They have signed top players in the recent past and those players have played a key role in their success. One of the players who played a significant role in winning the English Premier League title is their new captain, Ilkay Gundogan. He scored crucial goals in the final fixture of the last season and helped his side win the league title. This season he has been given the role of captain and that adds more responsibility to the German international’s shoulders. Gundogan has stepped up to the task once again this season. We look at some of the stats that show how the player has led his side so far this season. 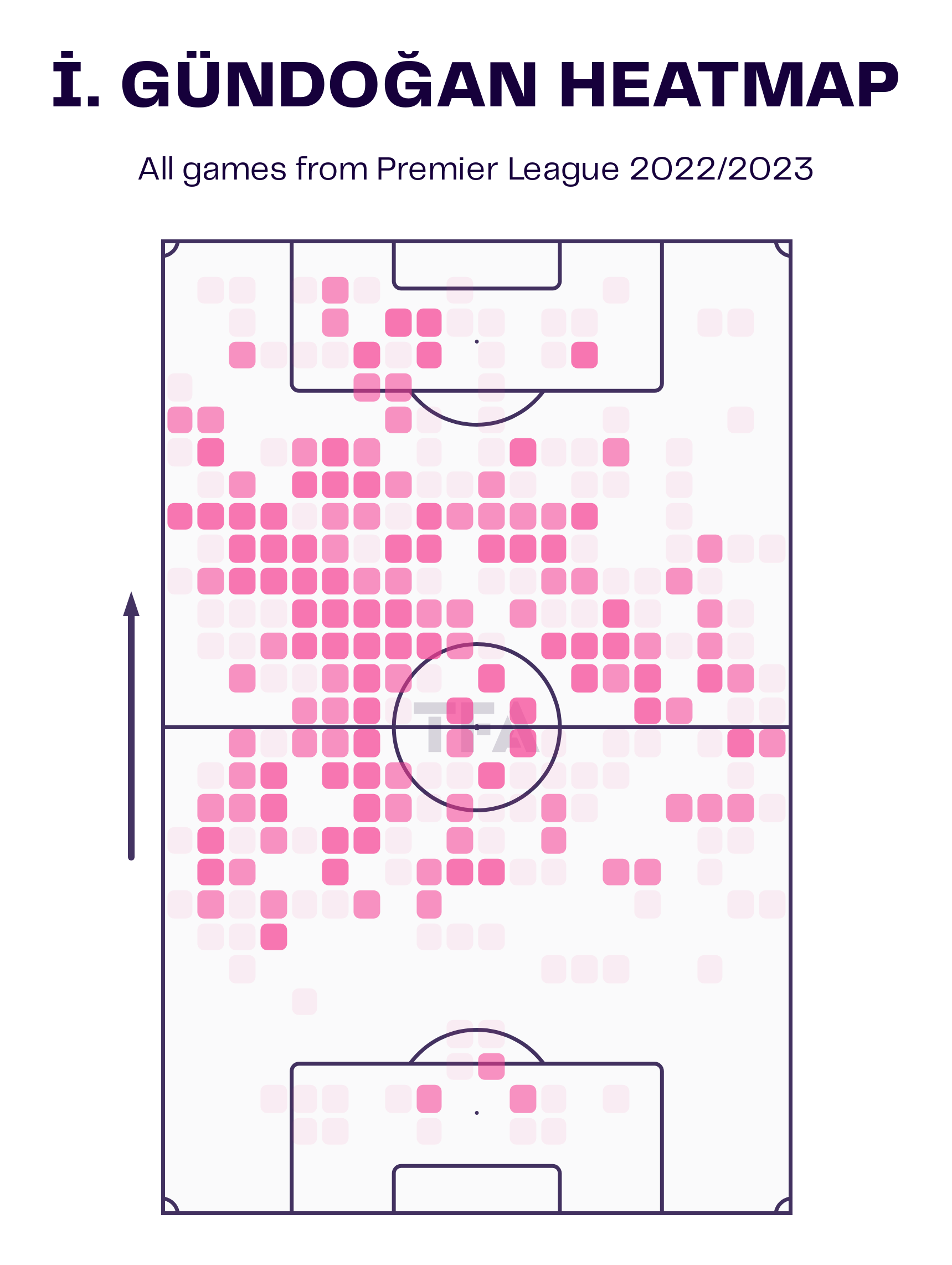 Ilkay Gundogan has been a regular under Pep Guardiola this season. He plays on the left side of the midfield. The 31-year-old German international is known for finding space in between the defenders and scoring a goal. He has already netted two goals this season and also has an assist to his name. The above viz shows that Gundogan has taken some touches inside the opposition penalty box. The German averages 4.07 touches inside the box per 90 minutes. He adds an extra body in the box and that pressurises the opponents. 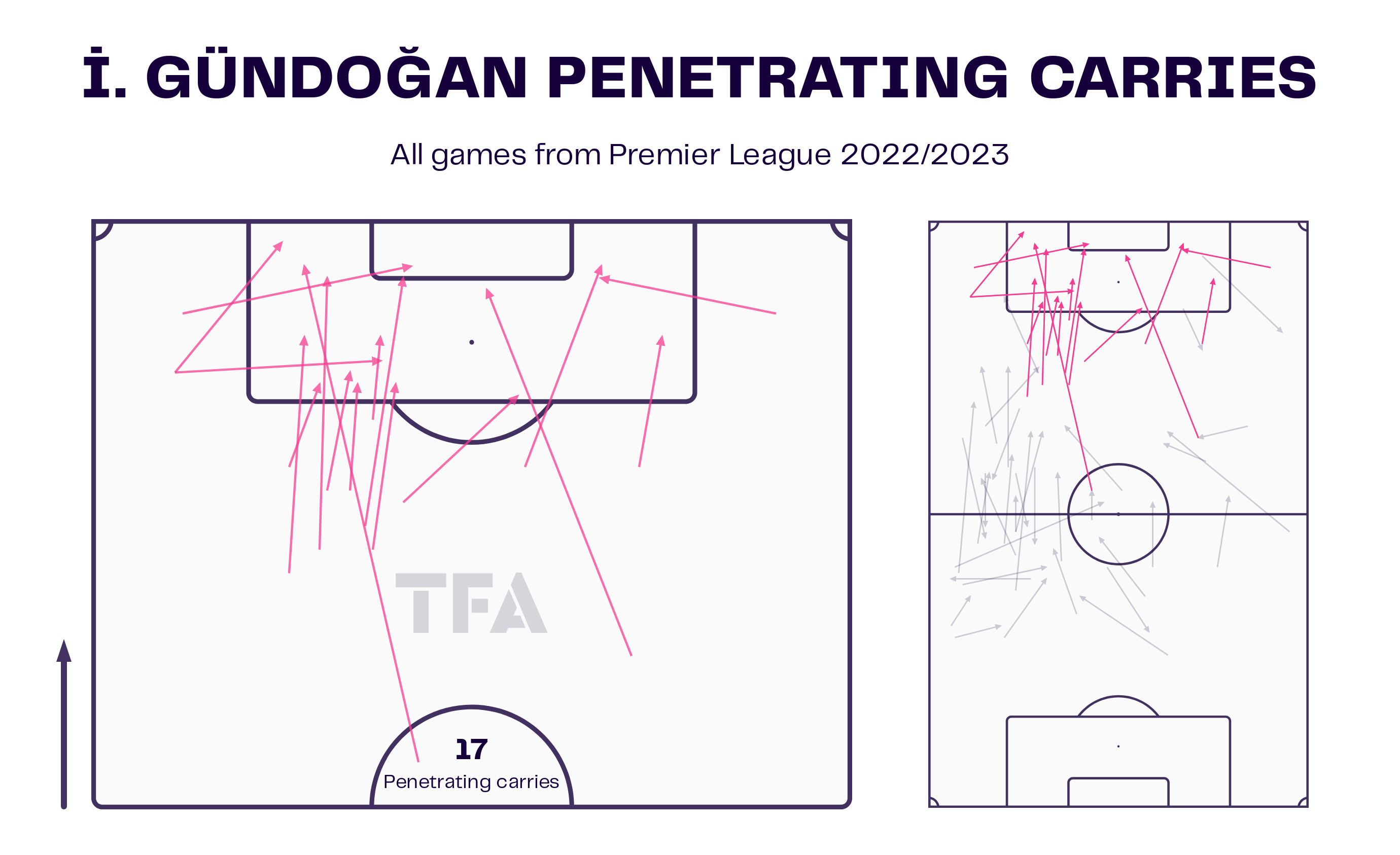 Ilkay Gundogan likes to run up and down the pitch. He can also make a few penetrating runs that can trouble the opposition’s defence. This season he has already made 17 such runs, with most of them coming on the left side. Gundogan likes to stretch the defence with these runs and deliver a low cross or a pass in front of the ball. 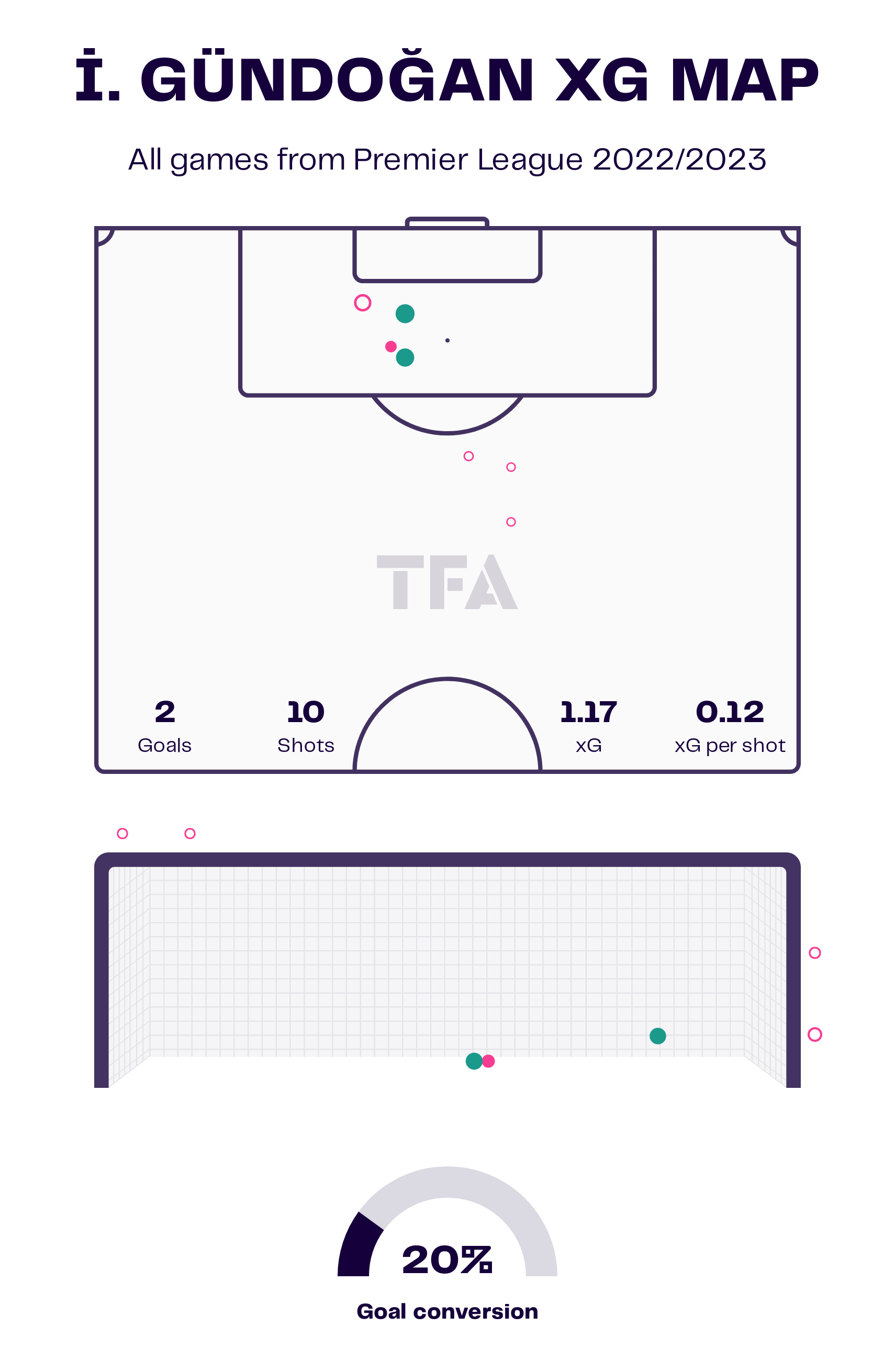 Ilkay Gundogan is a very clever operator on the field and can create goal-scoring chances for himself. He has already chipped in two goals and will be aiming to add more as the season continues. Gundogan always makes a run to the far post and gets on the end of crosses. Last season, he did the same and helped his side to the league title.

Ilkay Gundogan has been a key figure in Manchester City’s midfield. He adds a lot of creativity and can score a few goals. The manager will be happy with the kind of display he is getting on the pitch and will hope that his captain stays fit throughout the season.

Under the microscope: Should Manchester City give Riyad Mahrez a new...