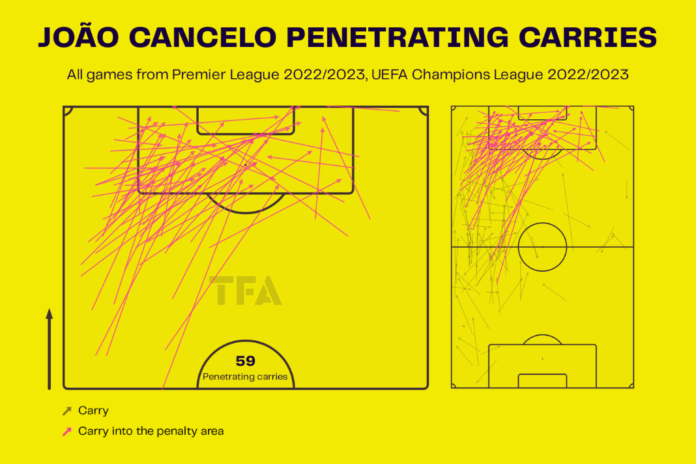 Joao Cancelo has raised the level of his game since joining Manchester City in 2019. He has helped his side to win back-to-back English Premier League titles and is now looking to earn a third consecutive title with the club. Pepe Guardiola has made full use of Cancelo’s attacking ability. Joao Cancelo is one of the best-attacking full-backs in the world. The 28-year-old likes to stay high up on the pitch and can play on either side of the defence. Since last season, the player has adapted to a more attacking role. This season he has continued with the same form and now looks more like an attacking threat. We now look at some of his stats that show how the Portuguese full-back has adapted to his attacking role. 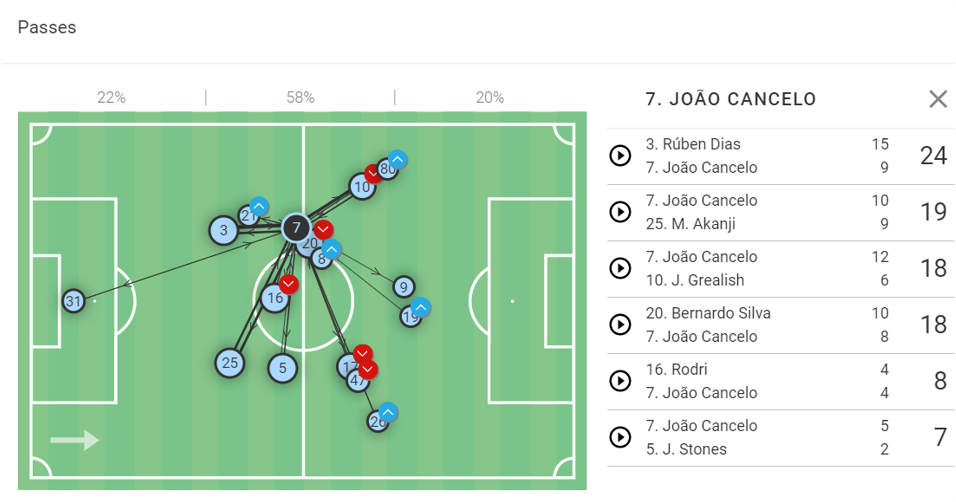 Joao Cancelo has played in every league game and the UEFA Champions League matches. He has scored a goal and provided two assists. The goal was scored against Nottingham Forest and both assists came in the two matches played in the UCL. Cancelo provided the final pass to Erling Haaland, and that pass was converted into a winning goal against Borussia Dortmund. The above viz shows the average position of Cancelo in the last match. He played a high attacking line and the average position of the player was right next to Bernardo Silva. He played a more attacking line than the defensive midfielder, Rodri. The manager has shown faith in the Portuguese player and he has made full use of the opportunities. 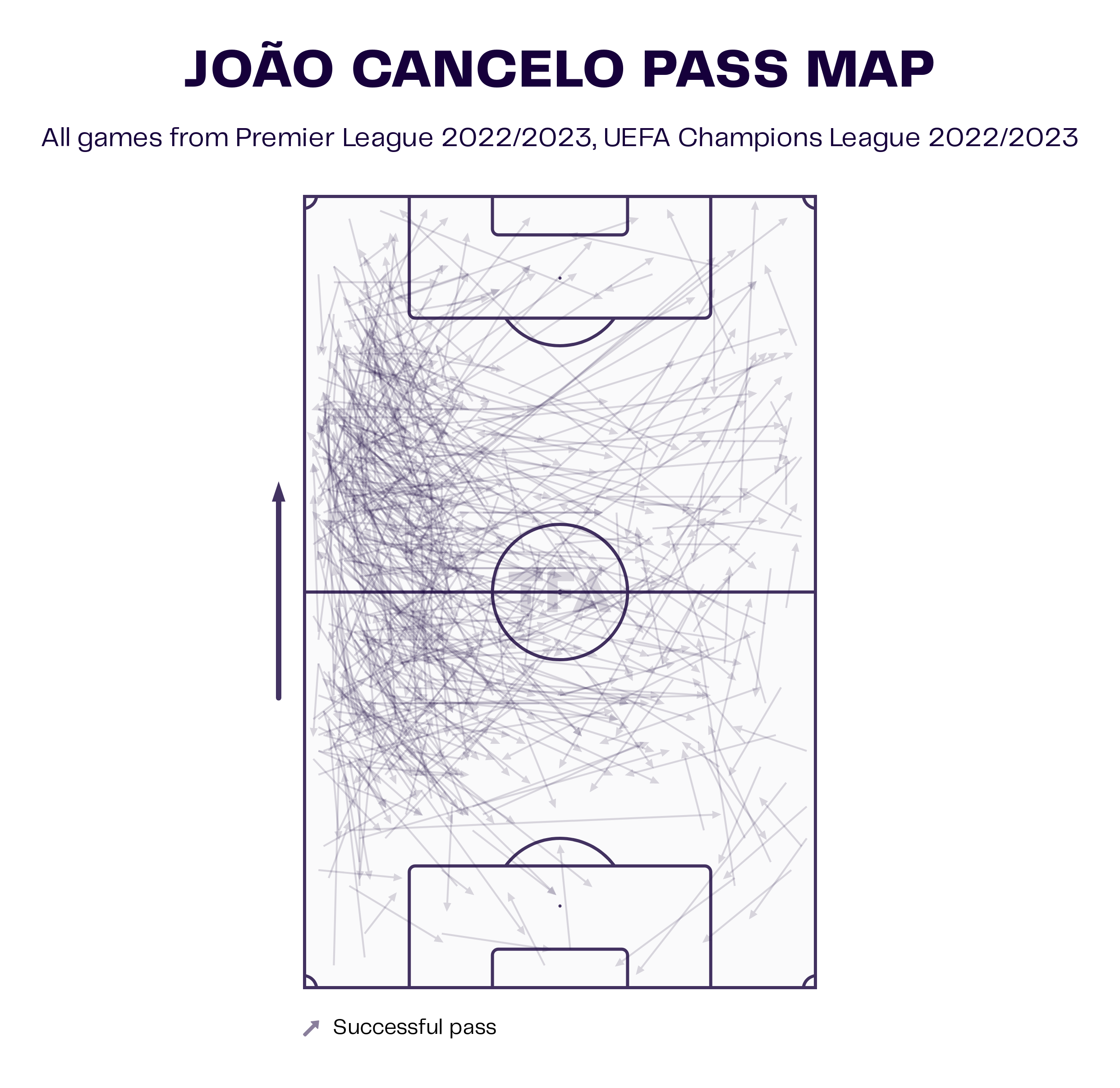 The 28-year-old full back has a lot of involvement in the game. He averages 81.81 passes per 90 minutes and has an 87.7% passing accuracy rate. These passes include 10.6 passes to the final third and 5.5 passes to the opposition penalty area. The above viz shows that Cancelo has often changed the direction of the play by passing the ball to the opposite flank. He likes to stretch the opposition defence on occasions and attempt crosses to find a teammate inside the opposition penalty box. He averages 3.65 crosses and has a 30.3% accuracy rate. Cancelo’s passing is becoming an asset for the City players, and he is able to find his teammates in dangerous areas. 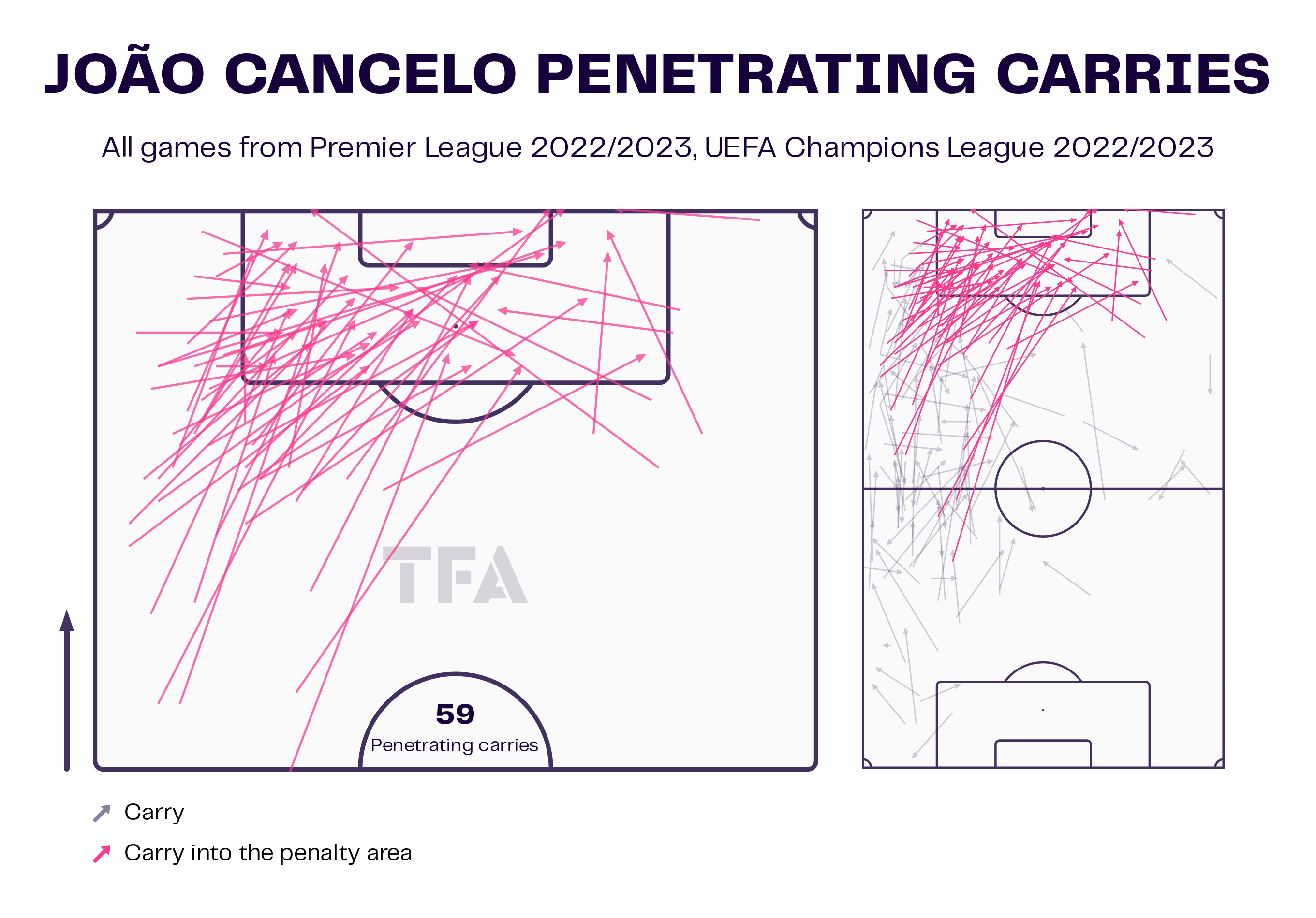 The high attacking line allows the player to make penetrating runs to the opposition penalty box. He has done this 59 times and will look to make more such penetrating runs. These runs stretch the defence, and Cancelo can provide a low cross for his attackers to score goals. 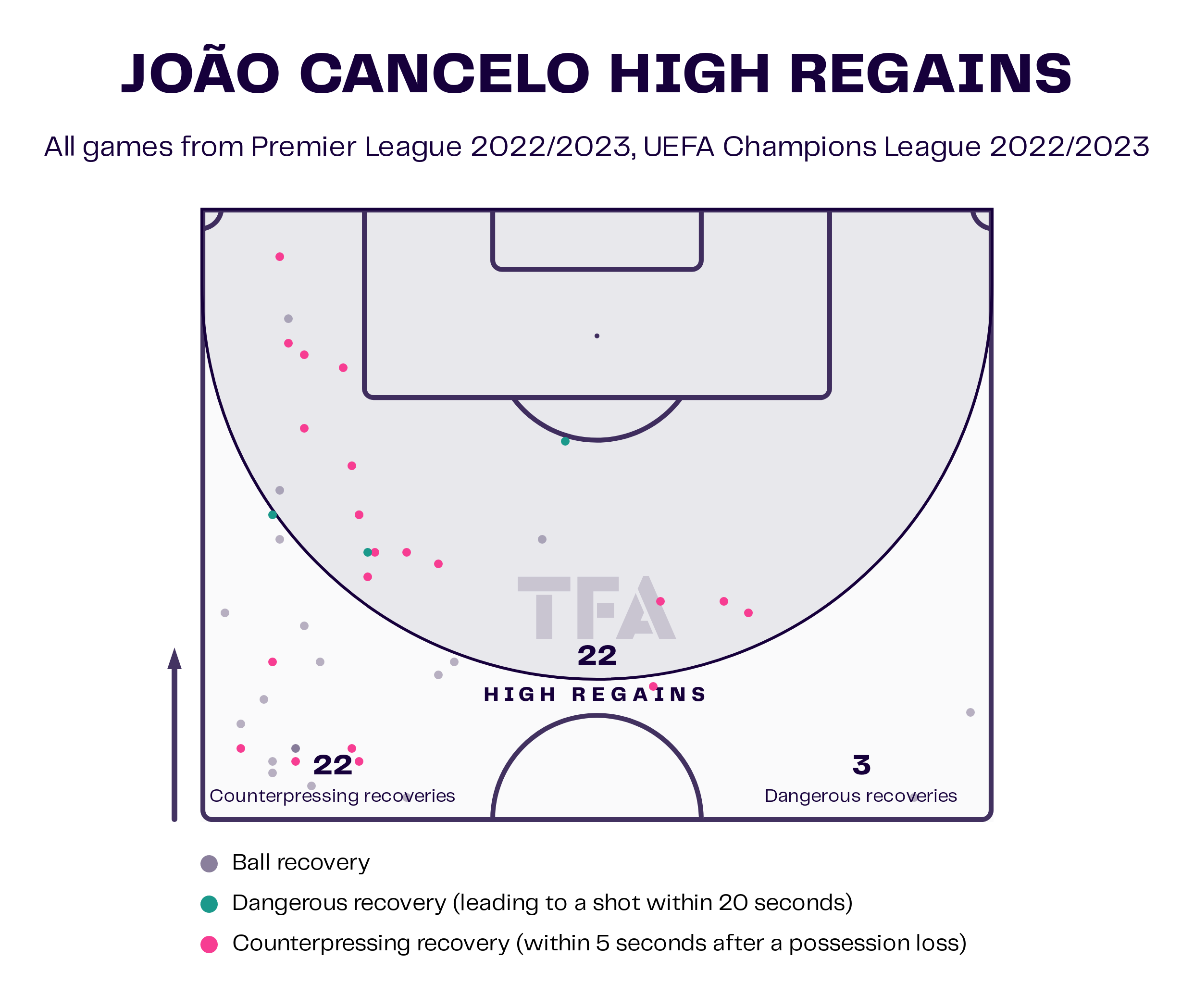 Playing a high attacking line allows the player to make recoveries in dangerous areas. Joao Cancelo has made 47 recoveries in the attacking half this season. These include 22 counter-pressing recoveries and three dangerous recoveries. A total of 22 recoveries have been made in the final third.

Last season, the Portuguese made 45 appearances in the English Premier League and UEFA Champions League. He scored three goals and provided two assists. The player will look to beat his own record and help City to another league title and a major European title.

What can Julian Alvarez bring to the table?