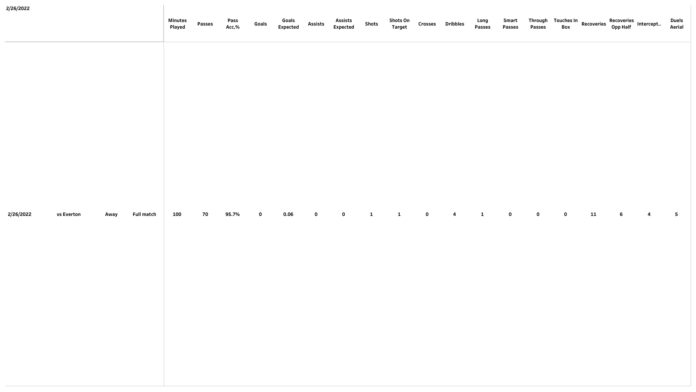 Manchester City opened up a six-point lead over Liverpool at the top of the Premier League this weekend, but Manchester United dropped more points in their push for a top-four place. Phil Foden struck late for Pep Guardiola’s City against struggling Everton to lift them to 66 points.

Guardiola surprised many by leaving Kyle Walker out of his starting lineup, instead, he brought in John Stones off the bench. After City’s defense had an awful day against Tottenham the previous weekend, there was a need to bring about a change in the defense. The 27-year-old has battled to get minutes this season due to the brilliant partnership of Ruben Dias and Aymeric Laporte, but the duo struggled against the likes of Harry Kane and Son Heung-Min. City put in another unconvincing performance that lacked the control and domination that they have become known for, although this time they won and kept a clean sheet. 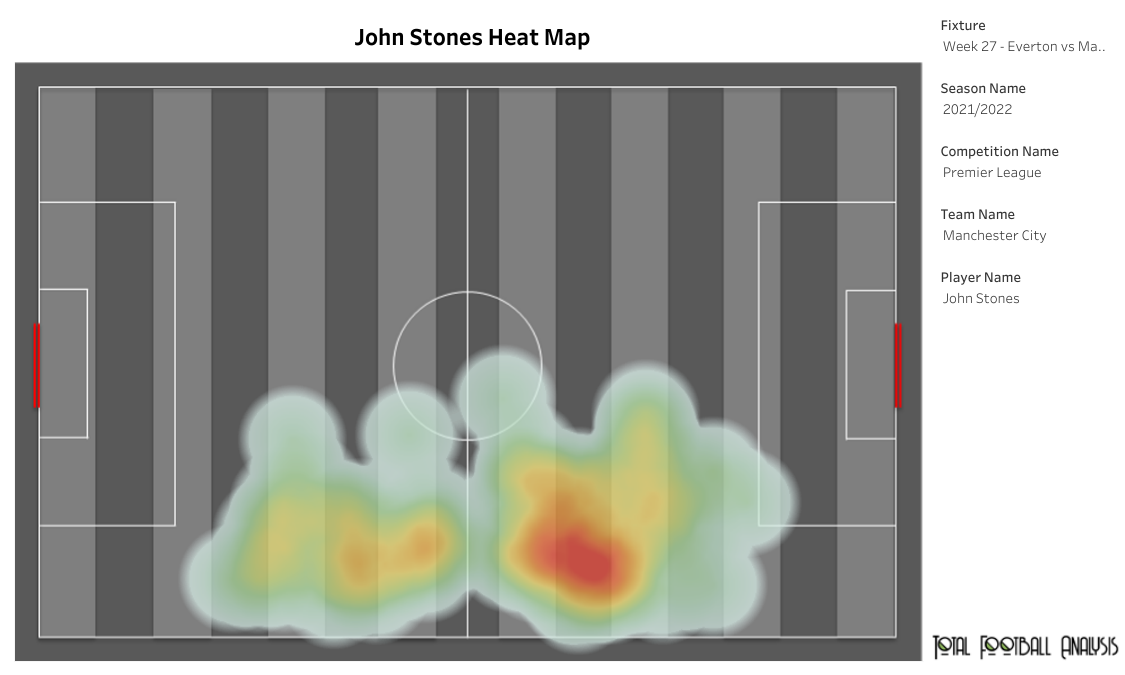 The above visual shows us the heat map for Stones and shows us the positions of the centre-half throughout the game. The heat map suggests that Stones did not play higher up the pitch as a traditional right-back, but stayed back near the halfway line when his team attacked. John Stones was a make-shift right-back, but in possession, Guardiola wanted him to come infield and act as a midfielder, which in turn allowed De Bruyne to operate in the wider areas and combine with Bernardo Silva on the wing. But the positioning of Stones was off at times when his centre-back instincts kicked in as he positioned himself far too close to Dias, opening up a huge space on the right side of City’s backline. 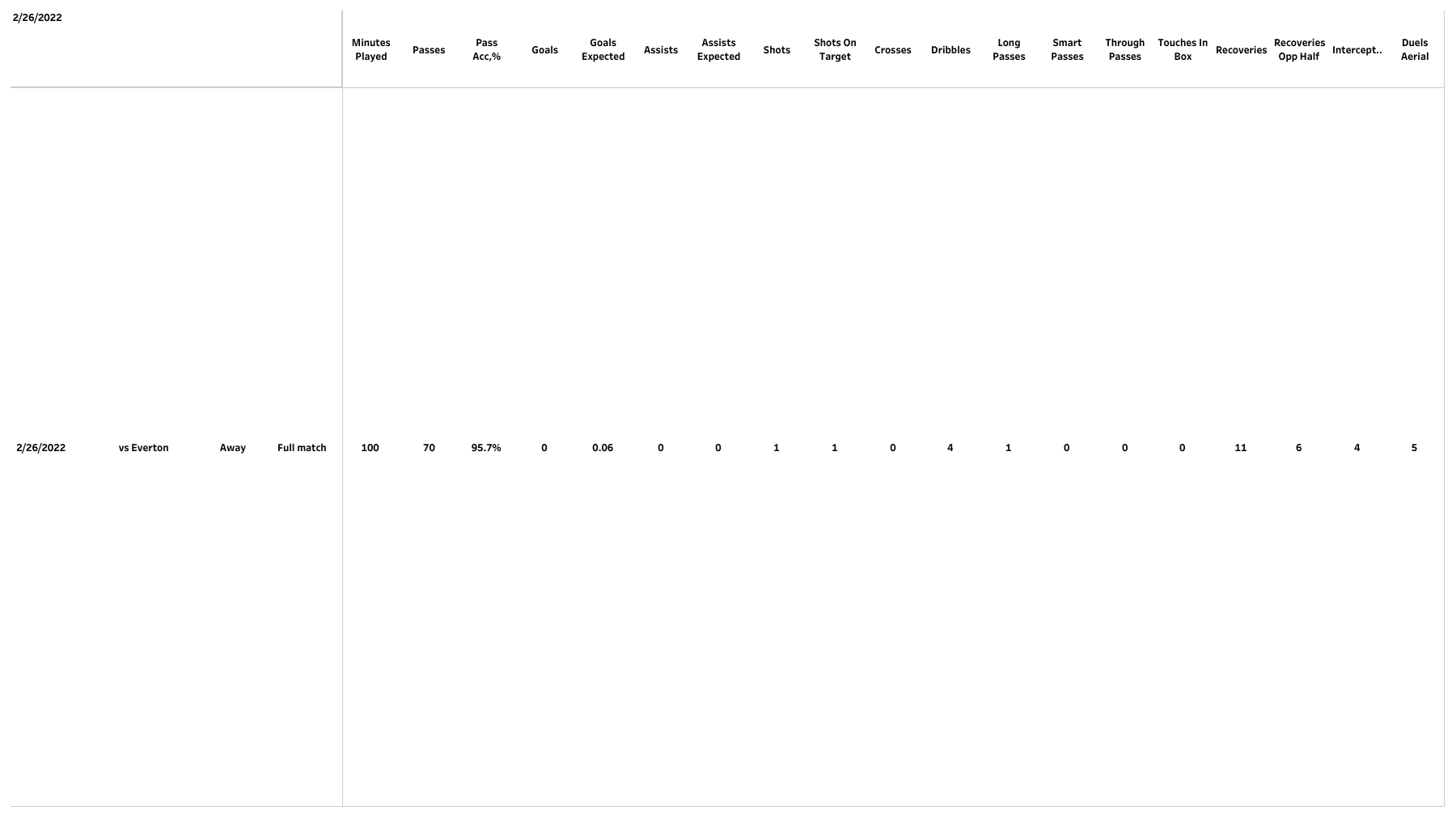 The above visual shows us the overall stats for Stones from the game against Everton. Stones completed 70 passes in the game with a pass accuracy of 95.7%. The defender attempted five dribbles and made 11 recoveries for City. He also made six interceptions and won five aerial duels. The stats suggest that although Stones put up a solid defensive performance, he could not contribute to City’s attack from the right flank, which limited their attacking options in the final third. Usually, with Kyle Walker on the flank, there are several chances created from that flank as Walker makes deep runs into the final third, which gives City the required width to spread the opposition defense. 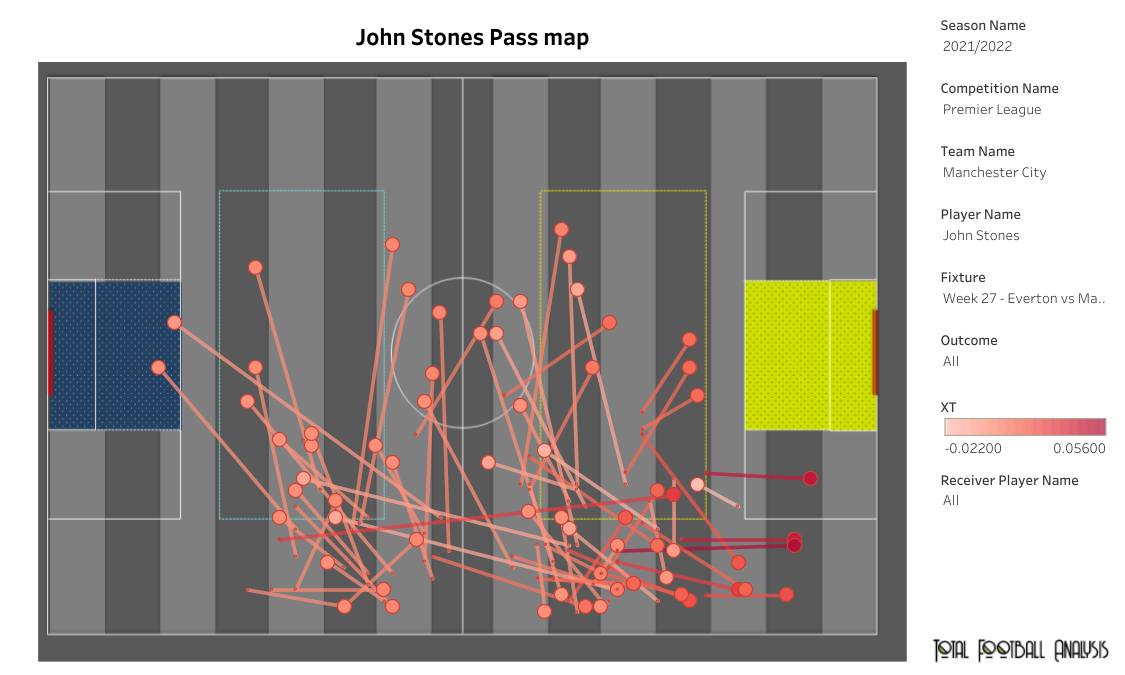 Stones was good on the ball and in building attacks, but he just doesn’t offer the same possibility of an attacking threat that Walker does. His pass map indicates that he played a few passes into the final third, which generated a decent amount of threat, but again there were no crosses put into the box as Stones stayed back. Most of his passes were inwards towards his midfielders or back towards his centre-backs.

The switch at the right-back position might have been Guardiola reacting to Walker’s poor performance against Spurs. The full-back was generally sloppy and allowed Kane a match-winning header in injury time just moments after City had drawn level. Dropping Walker for Stones could quite easily have been a warning against sloppy performances. Stones put up a decent performance against his old club, but City have been a much better side with Walker on the right flank. While Walker still has to sit out for two games in the Champions League due to suspension, John Stones is expected to fill in and get some minutes under the belt in this new role.

There are deeper issues at the Etihad that Pep must fix