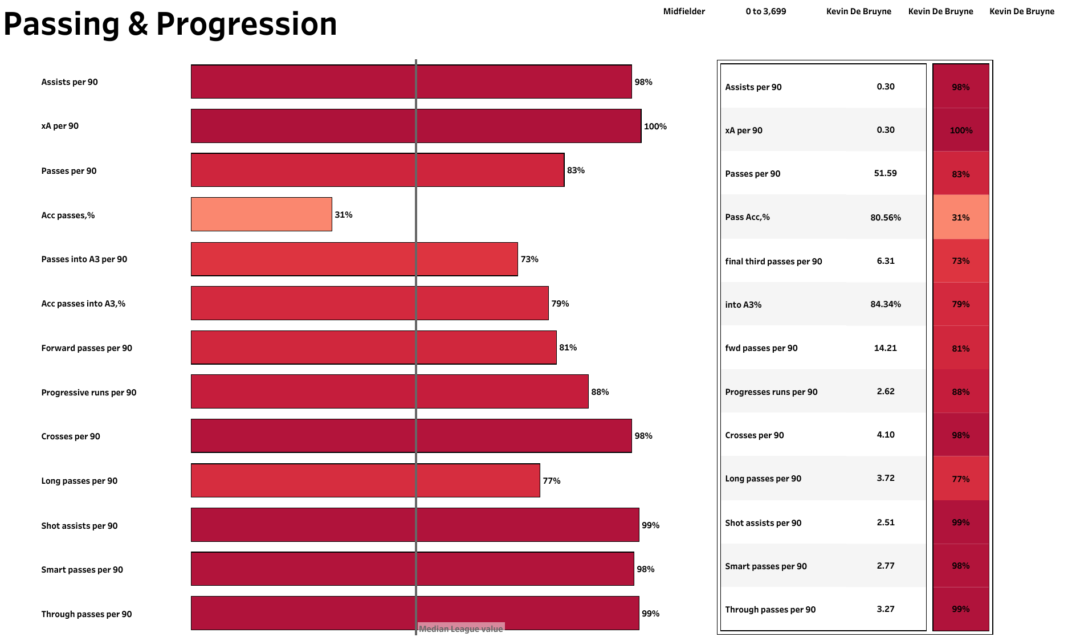 Manchester City clinched the 2021-22 Premier League title on the last matchday of the season in a thrilling 3-2 win over Aston Villa. City have now won four out of the last five Premier League titles. While Premier League titles are a team effort, certain men stand out individually. One among them was midfielder Kevin de Bruyne, who not only went on to win the Player of the Season award but also provided the title-winning assist to Ilkay Gundogan in the last game of the season. In this article, we will perform a statistical breakdown of de Bruyne’s campaign with the Cityzens. 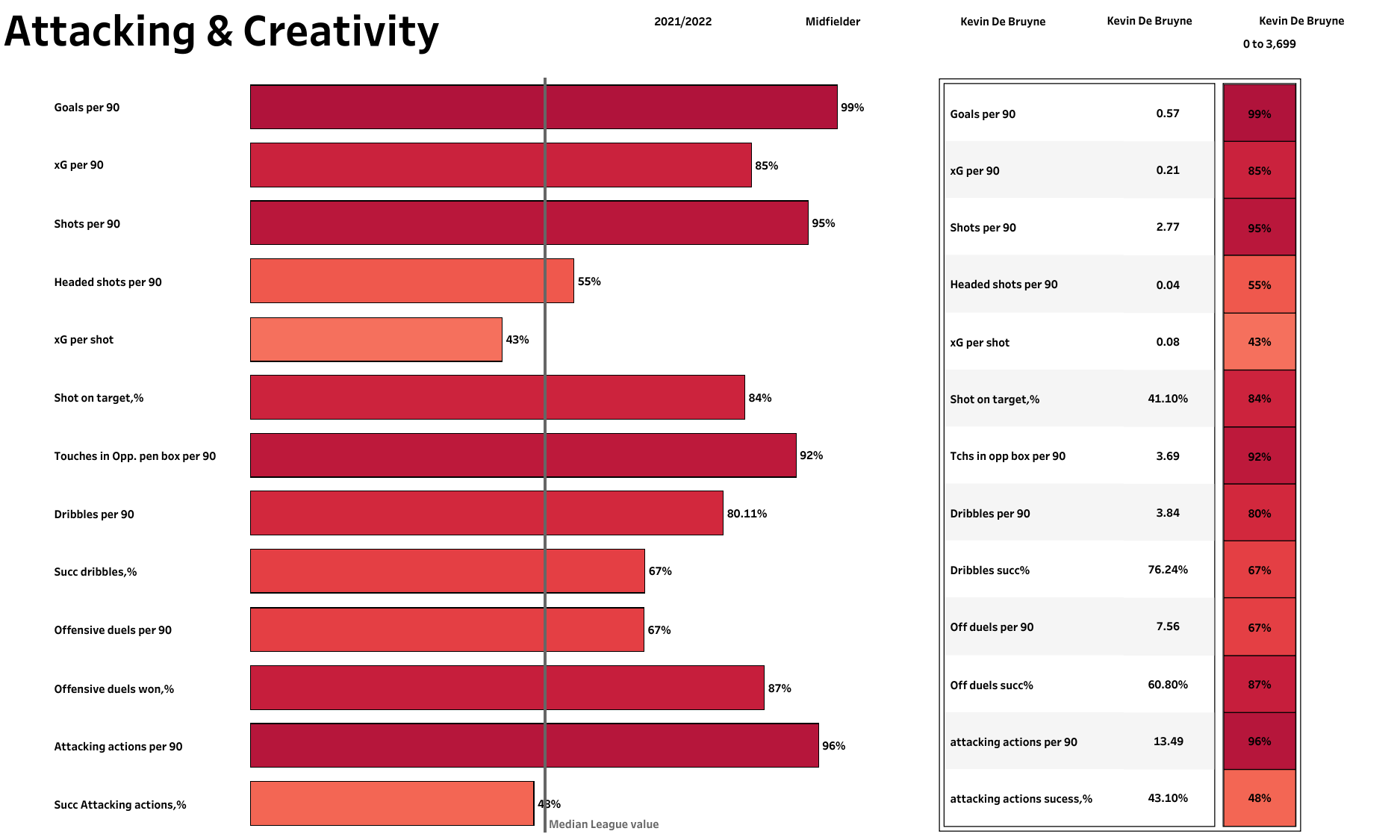 De Bruyne played 30 games in the Premier League season just gone by, totalling over 2,200 minutes in the process. In this time period, the Belgian superstar scored 15 times for the Cityzens, whereas xG predicted the midfielder to score 6.4 goals. This means de Bruyne scored 234.38% more goals than what xG estimated. He took 2.77 shots per 90, of which 41.1% hit the target. The 30-year-old also took over three and a half touches per 90 in the opposition’s penalty area. He attempted 3.84 dribbles per 90 at a success rate of 76.24%. 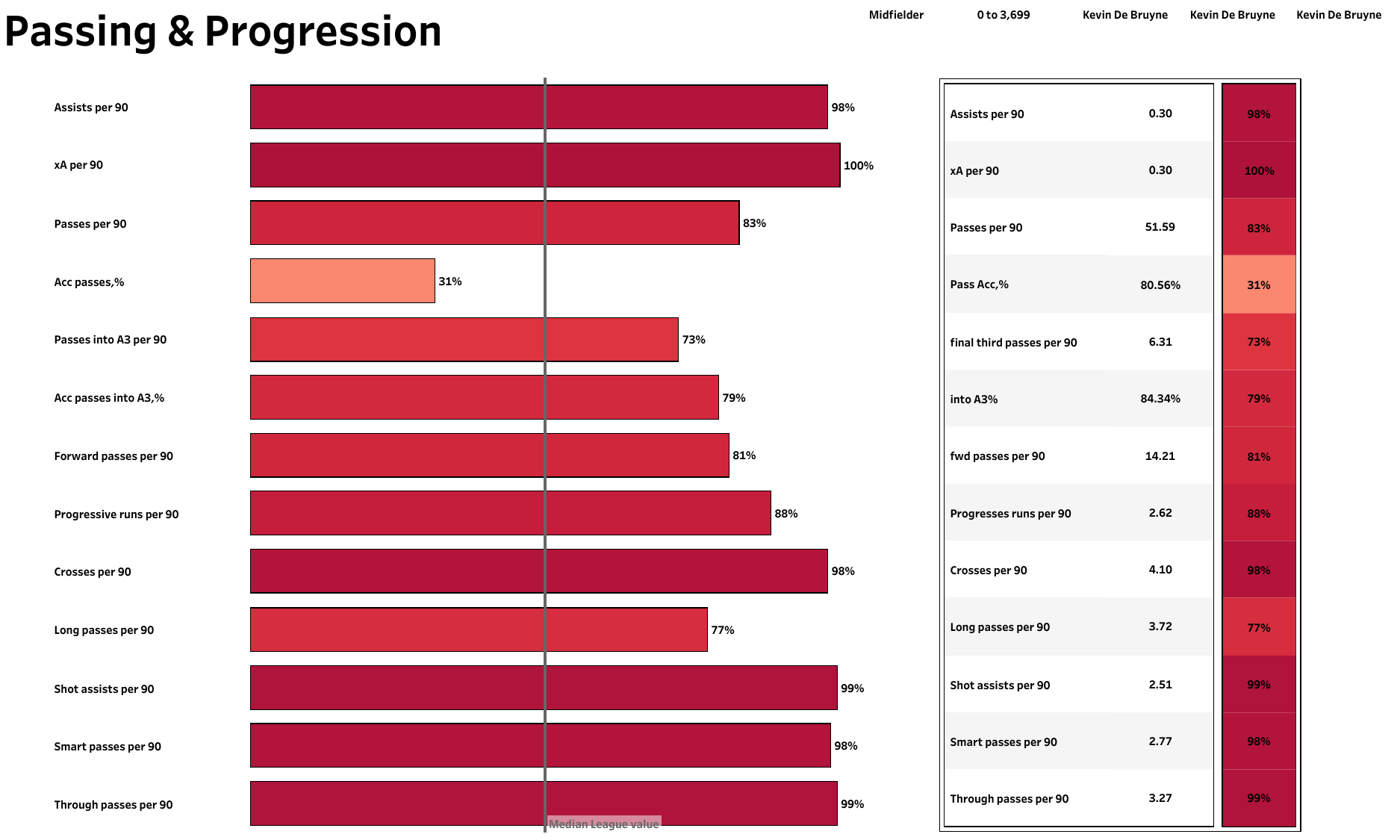 In addition to his 15 goals, Kevin de Bruyne also chipped in with eight assists for Manchester City this season. This meant that de Bruyne was involved in a goal every 96 minutes this campaign. He performed about the same as what xA estimated, with 0.3 assists per 90. The Belgian’s pass accuracy this campaign was only 80.56%, putting him in the bottom third for this category, but his passing into the final third was at 84.34%, which ranked him in the upper quartile. With 4.1 crosses per 90, de Bruyne ranks in the top 2% for this category. The 30-year-old also ranks in the top 2% for smart passes per 90 and in the top 1% for through balls per 90. 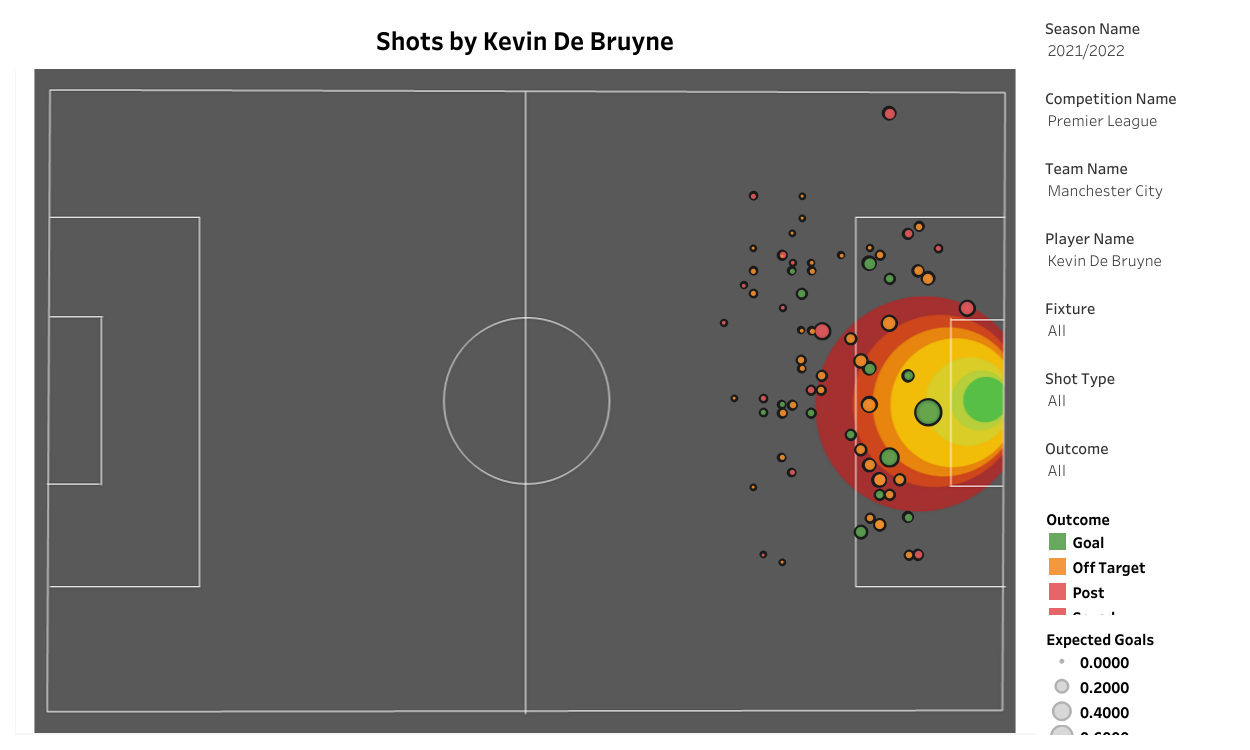 Six of his 15 goals have come from outside the box, showing his powerful ability to strike the ball from a long distance. The average shot distance of the Belgian this season stood at 18.6 yards from goal, which has been decreasing season after season. Overall, de Bruyne attempted 77 shots, of which 31 were on target and as a result, his conversion rate for the season stood at 5.13 shots per goal scored. 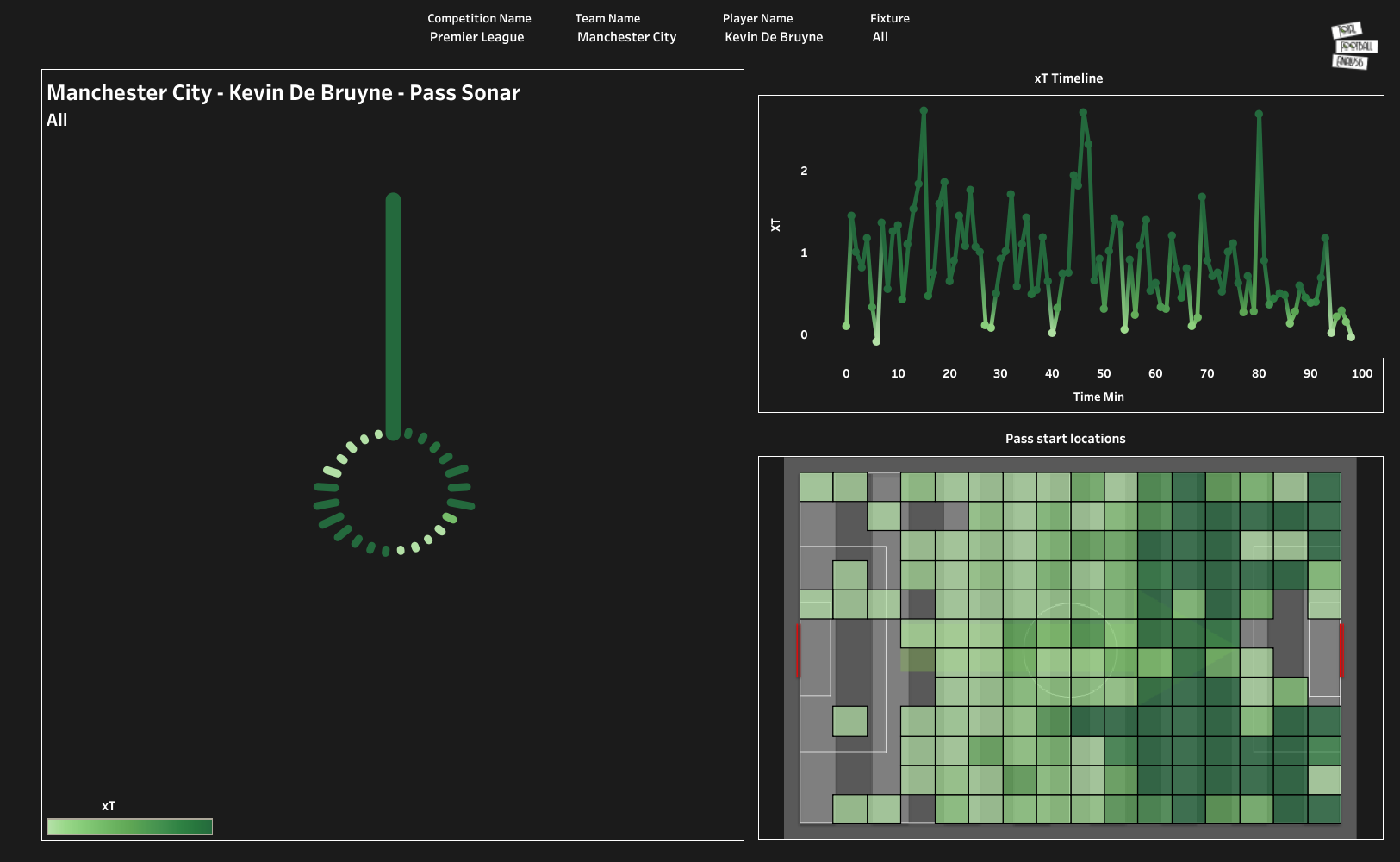 De Bruyne has created threats for Manchester City across the final third throughout the season. He has regularly exceeded an xT value of 2.0 and has even touched 2.5. With 6.41 progressive passes per 90, 5.39 passes into the final third and 2.73 passes into the penalty area, the Belgian superstar has consistently generated threats and created chances for his teammates to finish it off.

Kevin de Bruyne once again showed this campaign why he is one of the best, if not the best midfielder in the entire world. With Erling Haaland coming to the Etihad Stadium this summer, one ought to place the favourites tag for the title yet again on Manchester City.