Manchester City travelled to the brand new Tottenham Hotspur stadium on Tuesday night in the quarter-finals of the Champions League. At this same stage last season, the English champions fell to another domestic rival in Liverpool. For Tottenham, this is the first time since the 2010-2011 season that they have reached this stage of the competition.

In the league Manchester City are 16 points ahead of Tottenham, beating them at Wembley and with a second encounter at the Etihad to come. However, when they met on Tuesday night there was very little to separate the two sides.

In our tactical analysis, we take a look at some of the key tactical decisions taken by Pep Guardiola which influenced the outcome of this game. We also look at how Tottenham were able to overcome Manchester City and take a first-leg lead to the Etihad. 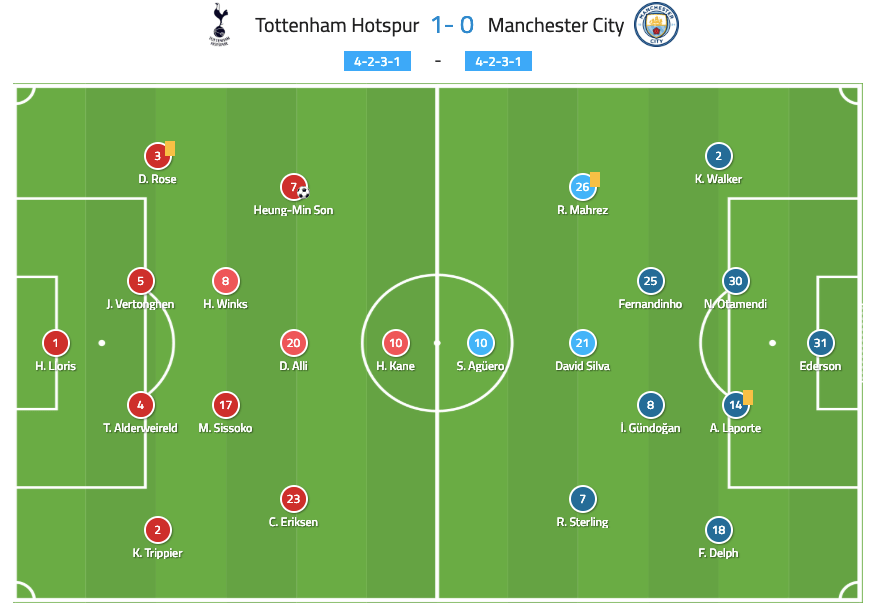 Both sides set-up in 4-2-3-1 formations. Tottenham have opted for this formation 10 times in the Premier League this season and six times in the Champions League. They are very accustomed to playing in this shape. Manchester City on the other only tend to turn to the 4-2-3-1 when they play in ‘big games’. The two times that Manchester City have used the 4-2-3-1 in the Premier League were both against Liverpool. This was the first time that City have gone with the 4-2-3-1 in Europe this season.

If you want to read the full article then head on over to our dedicated analysis site, totalfootballanalysis.com, or click HERE

Cityzen Abroad podcast episode 134: doin’ it for the kids