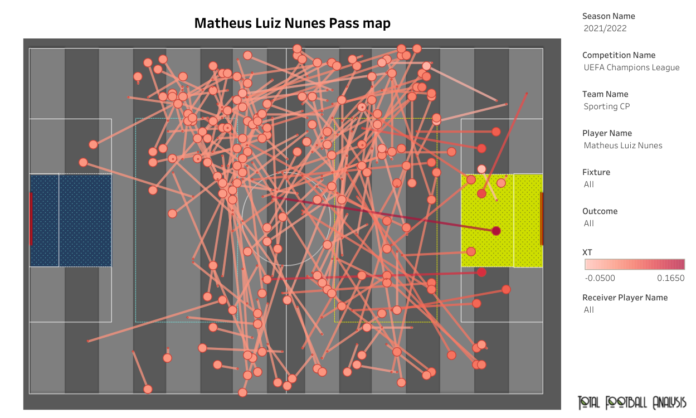 Sporting Lisbon midfielder, Matheus Nunes, has caught the attention of Manchester City ahead of the summer transfer window. At 23, the Rio de Janeiro-born star could be a long-term replacement for Ilkay Gundogan at Man City. Gundogan has a contract at the Etihad Stadium until the summer of 2023, and with him entering his 30s, the Sky Blues may cash in on him this summer if there are no contract renewal plans. The midfielder can also be a replacement for Fernandinho, who is set to leave Manchester City at the end of this season. Nunes can also play as a deep-lying midfielder, as he has done so previously.

Matheus Nunes, 23, has been with Sporting Lisbon since January 2019, but he has gone strength-to-strength in the last 15-18 months. The central midfielder had played an instrumental role in Sporting’s league triumph last season, racking up three goals and two assists in 31 appearances. In Manchester City’s two-legged victory over Sporting CP in the last-16 round of this season’s Champions League, Matheus Nunes managed to catch the attention of Pep Guardiola. The midfielder was an impressive outlet for the Portuguese outfit and now features firmly on the radar of the Premier League side. 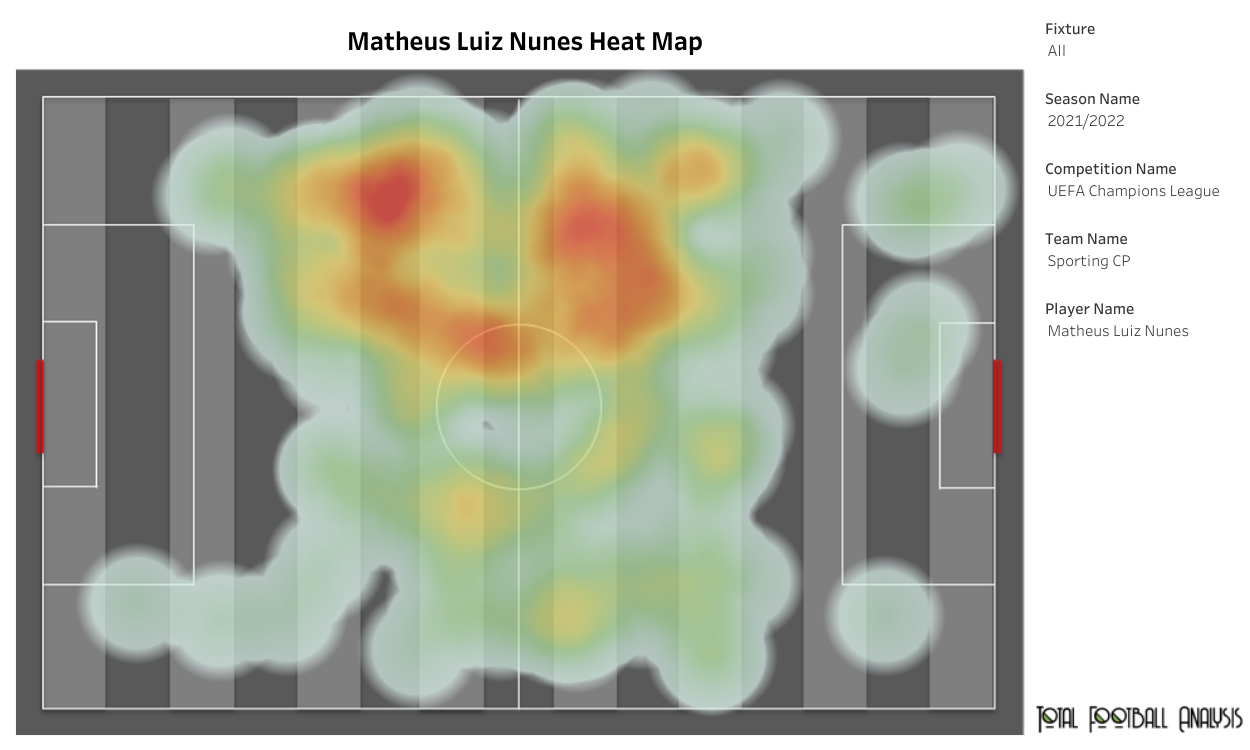 Nunes generally operates as a central midfielder, but Sporting aren’t used to playing him in a deep-lying defensive midfield role or even out on the flank. Standing at six feet tall, he brings a decent physical presence in the midfield. His heat map indicates that he has been playing on the left side of the midfield and has been showing a great work rate to cover the pitch. 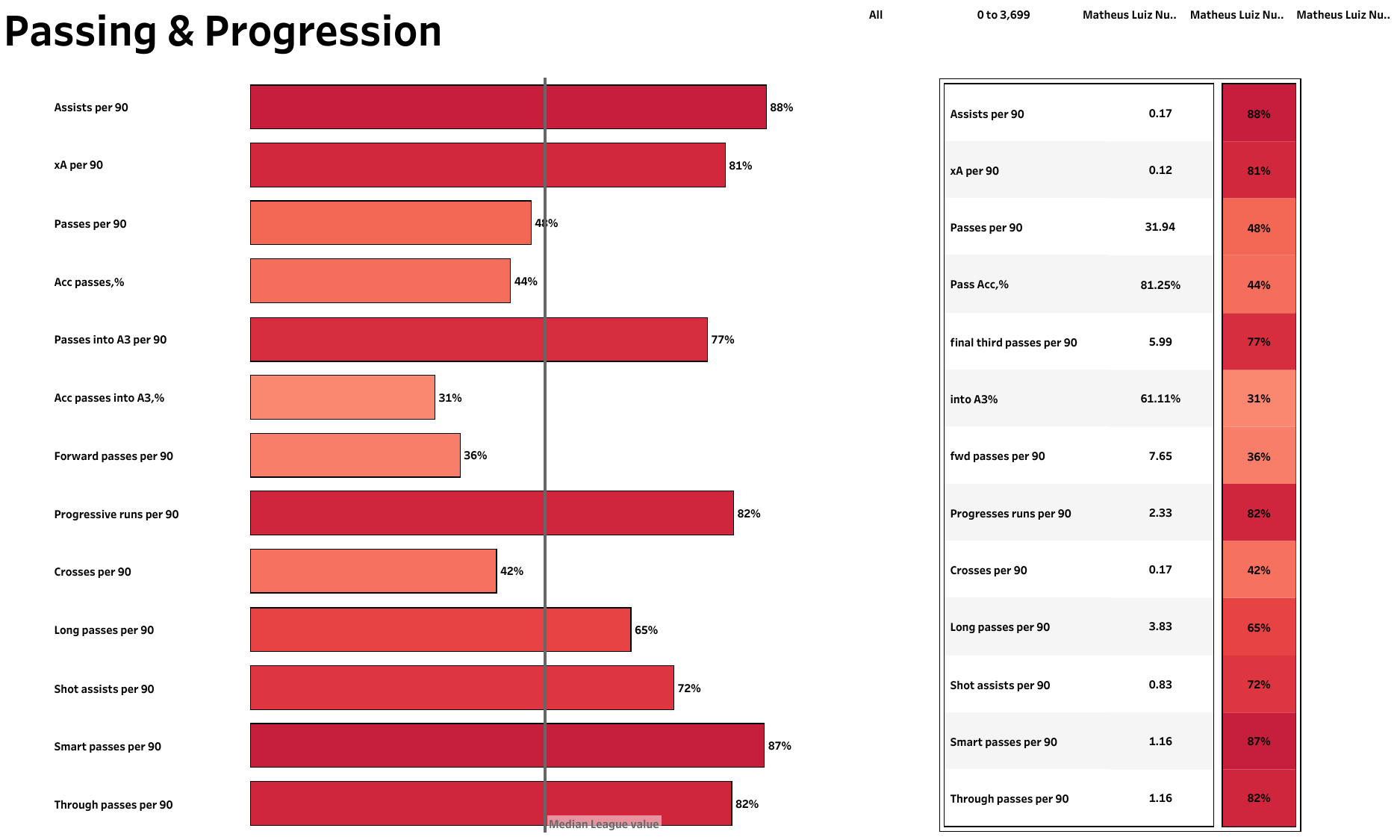 The above visual shows us the passing & progression metrics for Matheus Nunes from the 21-22 Champions League season. Nunes has three goals and five assists to his name this season in all competitions. He has attempted 31.94 passes per 90 minutes and has had a pass accuracy rate of 81.25%. He loves to carry the ball from the midfield and can play great passes through the opposition’s defense. He has attempted 1.16 through passes per 90 minutes for Sporting. He is also ranked highly for the progressive runs he makes per 90 minutes.

The above visual suggests that Nunes has a brilliant passing range. He can make passes of both short and long-range, which will soon become apparent. He has been highly involved in Sporting’s build-up play and does enjoy when he has possession of the ball. He has played some great passes from his half into the final third, as those passes have generated a very high xT.

Sporting could be willing to part ways with Nunes in the summer transfer window should any club match their €40 million valuation. The central midfielder has a €60 million release clause in his contract, running till 2026. The Portuguese international seems to have a bright future ahead of him, and Manchester City must make efforts to land him in the summer.

The future without Fernandinho looks in safe hands

Can Manchester City fight back after their disappointing performance in the...

Under the microscope: Tactical Gundogan – How Manchester City have benefitted...