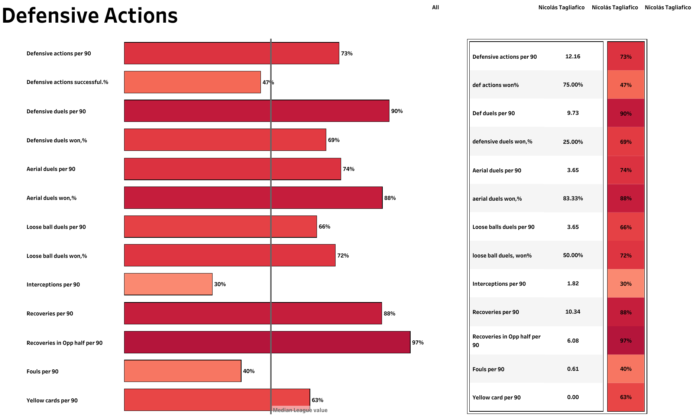 Manchester City have increasingly shown interest in signing Ajax left-back Nicolás Tagliafico. The left-back slot is an area where the current Premier League champions lack depth. Joao Cancelo has been brilliant in this position despite being a natural right-back. With Benjamin Mendy suspended and Oleksandr Zinchenko’s future uncertain, the Cityzens could do with someone like Nicolás in the left-back position.

Tagliafico has been with Ajax for over four years now, having signed from Independiente in January 2018. The 29-year-old had been a regular in the side for most of his time in the Netherlands but has seen his game-time take a hit in the ongoing campaign as manager Erik ten Hag has preferred to use Daley Blind at left-back. As a result, Tagliafico has been restricted to just 15 league appearances this season and only 23 across all competitions, in which he has scored two goals and provided four assists. 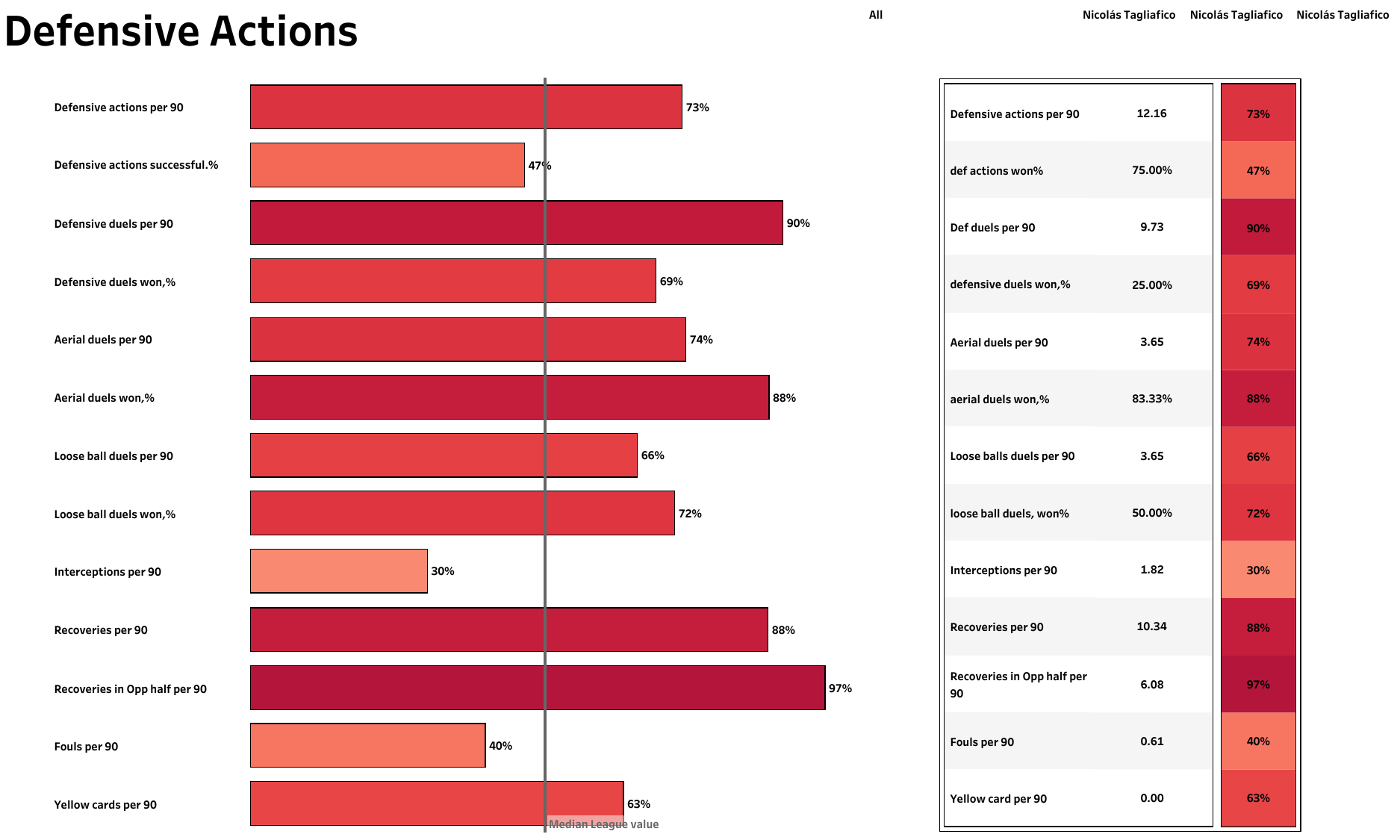 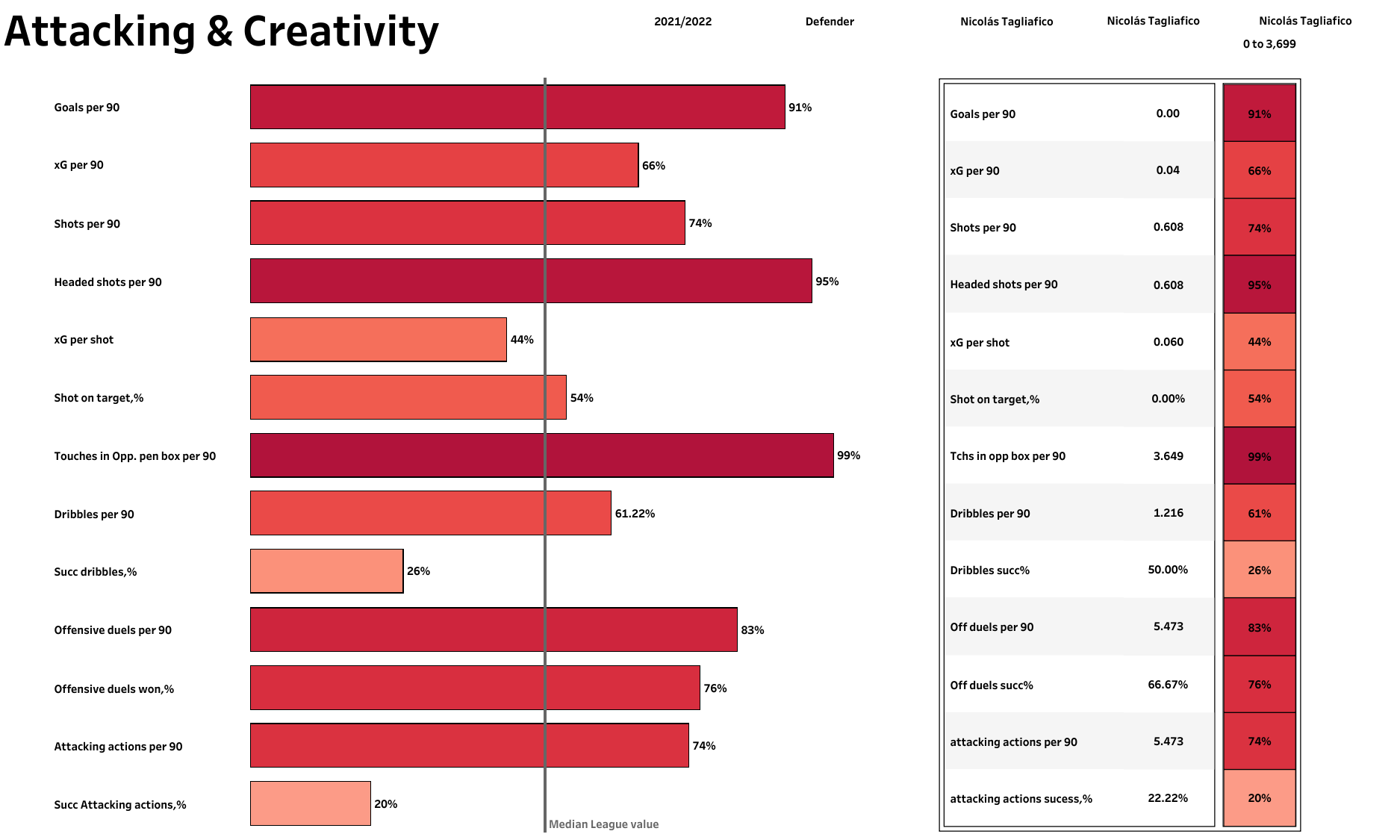 Pep demands a lot from his full-backs and expects them to have great offensive attributes. Tagliafico has always been a huge threat from the left flank in the opposition’s half and can also put great balls into the penalty area.  He has taken 3.649 touches in the opposition’s penalty area and can get into great positions in the 18-yard box. 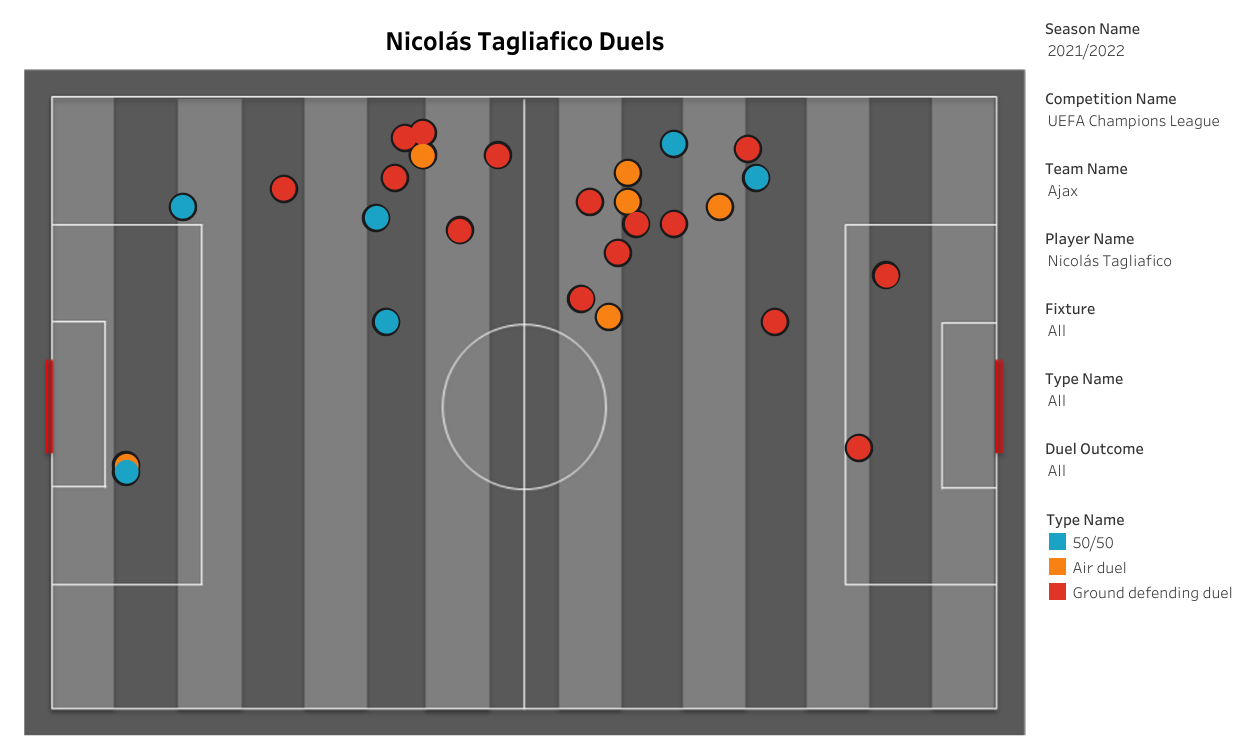 The above visual shows us the defensive duels Tagliafico has attempted on the pitch. The viz indicates that he has won most of his duels higher up the pitch and can play a style of play in which the team presses their opponents in their half. This can be ideal for Guardiola as he needs a left-back who has the running capacity to do so. Tagliafico is someone who involves himself in the game by winning the ball for his team and immediately creates space on the left flank to provide more options in the final third. 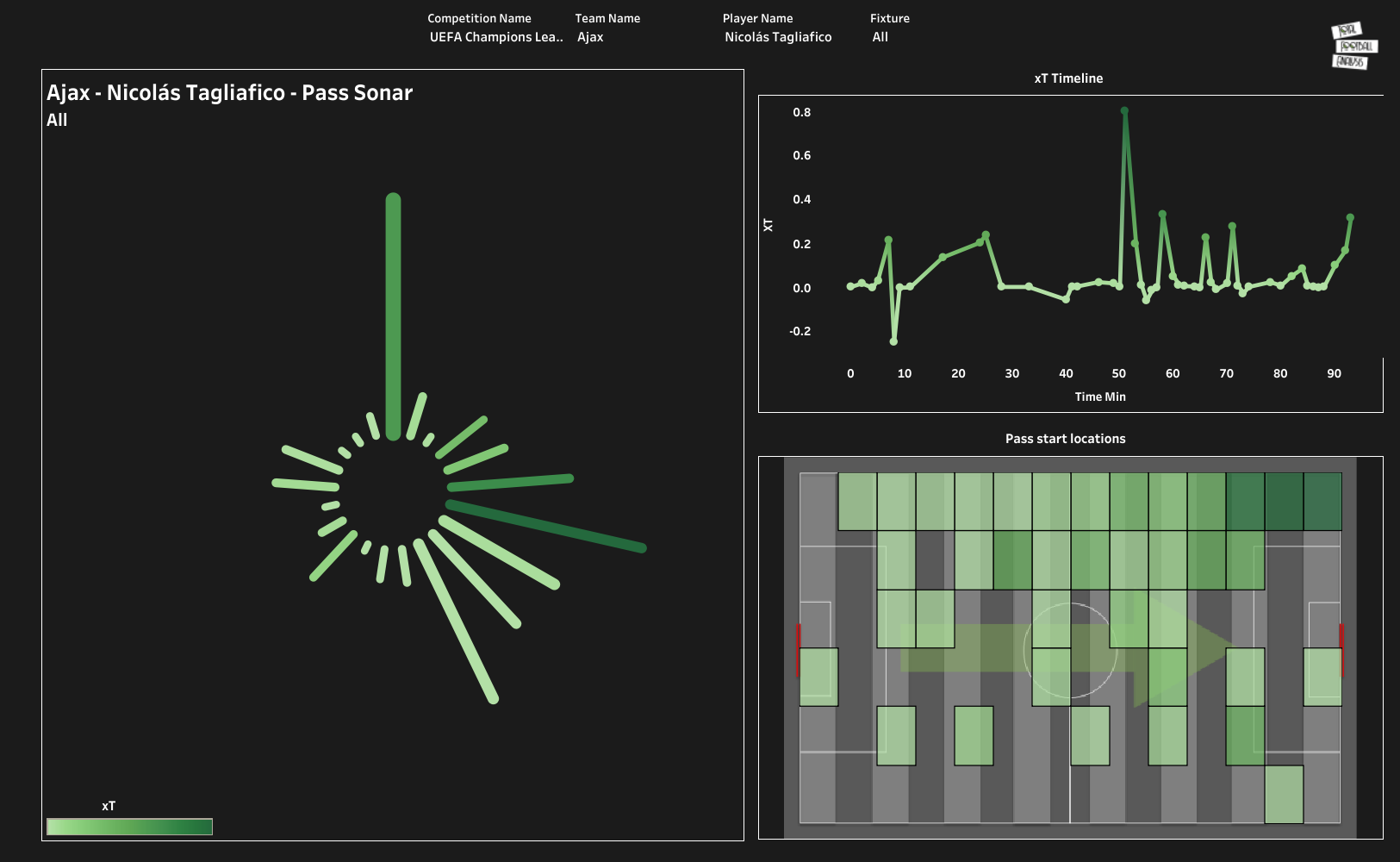 The pass start locations indicate that the Argentine can be a huge threat in the wider areas inside the final third and has the quality to deliver good crosses into the box. Tagliafico is a great carrier of the ball and can drive with the ball in the opposition’s half. Most of his passes have been forward or towards the right as he plays on the left side of the pitch.

Tagliafico is one of the better full-backs in European football, and he is said to be valued at around £13 million by Ajax FC. He is also on the wishlist of a few other clubs in Europe. The Argentine’s contract with Ajax stands to expire in 2023, meaning he will not cost a bomb either. It remains to be seen who among the interested parties comes out on top in the race to land Tagliafico. At 29, Tagliafico is operating at the peak of his career and has a lot of experience, which will help City if they manage to secure his signature in the summer.

Can City make it to consecutive UCL Finals?