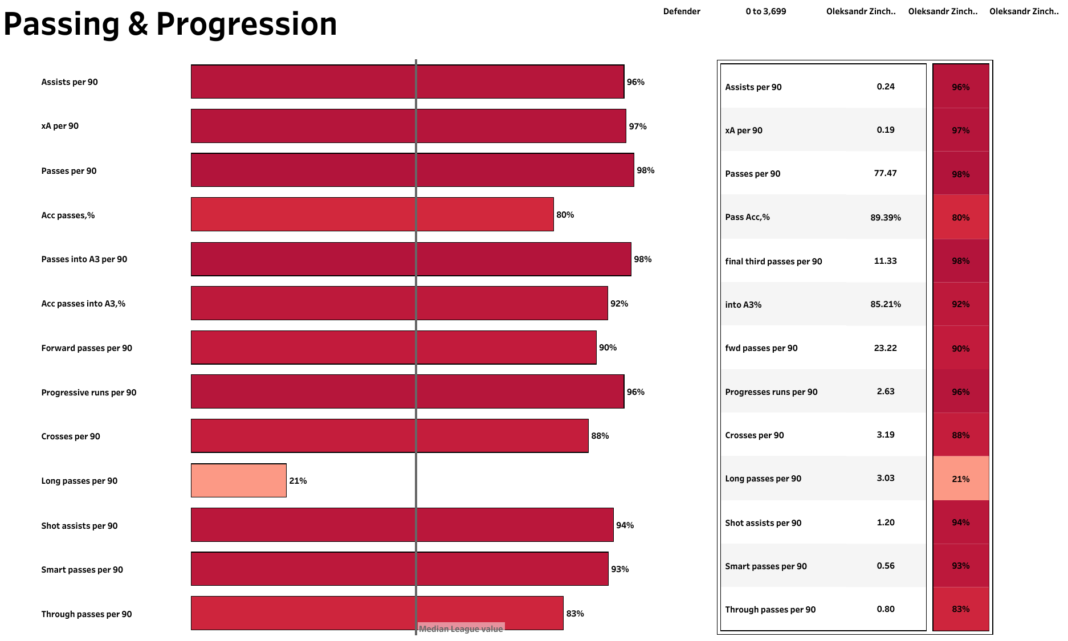 For the past few years, Manchester City have had a left-back problem. In fact, they have had to resort to right-back Joao Cancelo for the majority of the season at that position. Whenever Cancelo was not playing there, it was Oleksandr Zinchenko, a central midfielder by trade, who was occupying that position. However, for his national team, Zinchenko regularly features in the central midfield. In this article, we will dissect why Pep Guardiola should try the Ukrainian in the middle of the park. 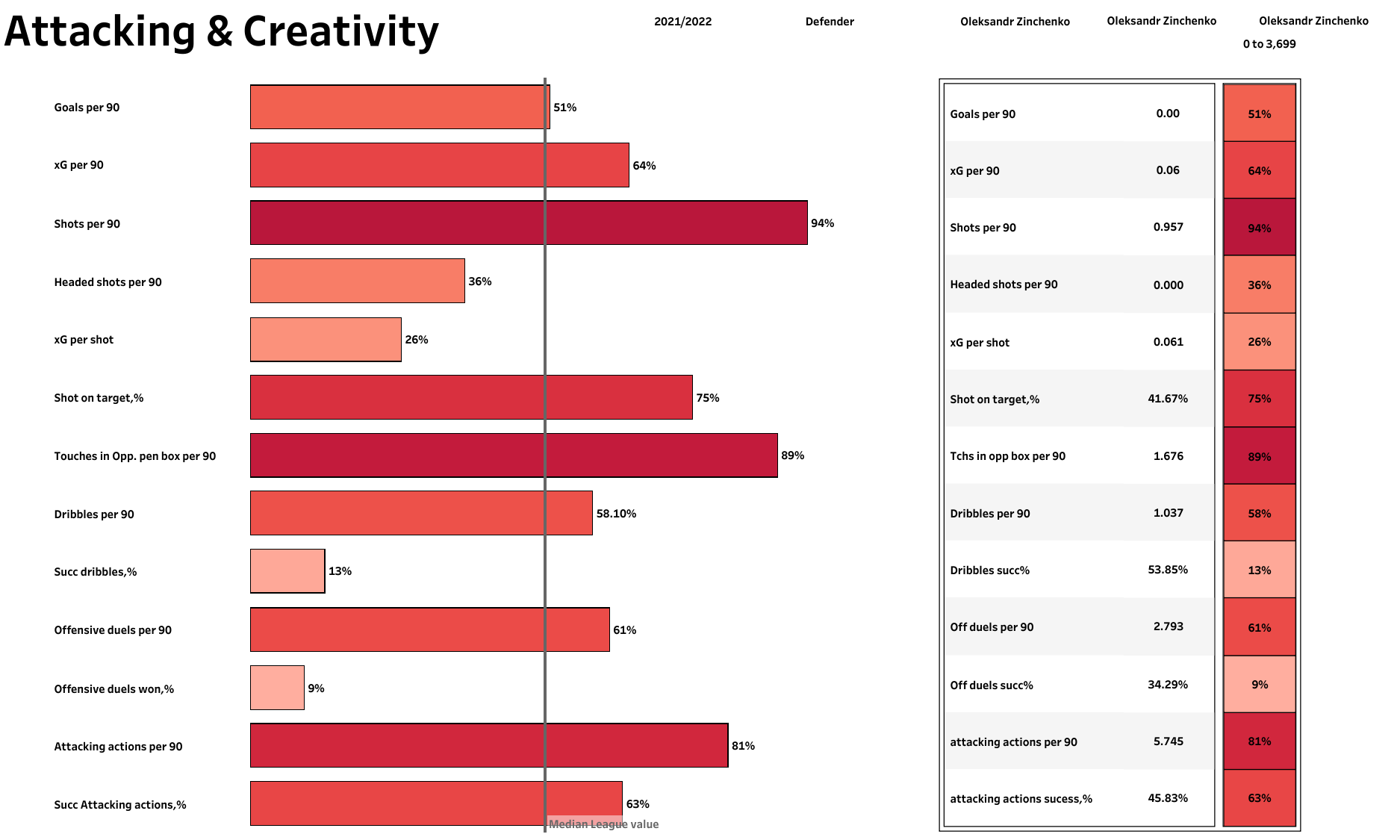 Zinchenko made 15 appearances for Manchester City in the recently concluded 2021-22 Premier League season, but he played for only 1,042 minutes, which was just over 30% of the available minutes. In the limited game-time on the pitch, the Ukrainian provided four assists. He took 0.957 shots per game from left-back, a number that would surely be higher from central midfield. Zinchenko managed to hit just under 42% of his shots on target. He also took 1.68 touches in the opposition’s penalty area, which would improve from the central midfield position. 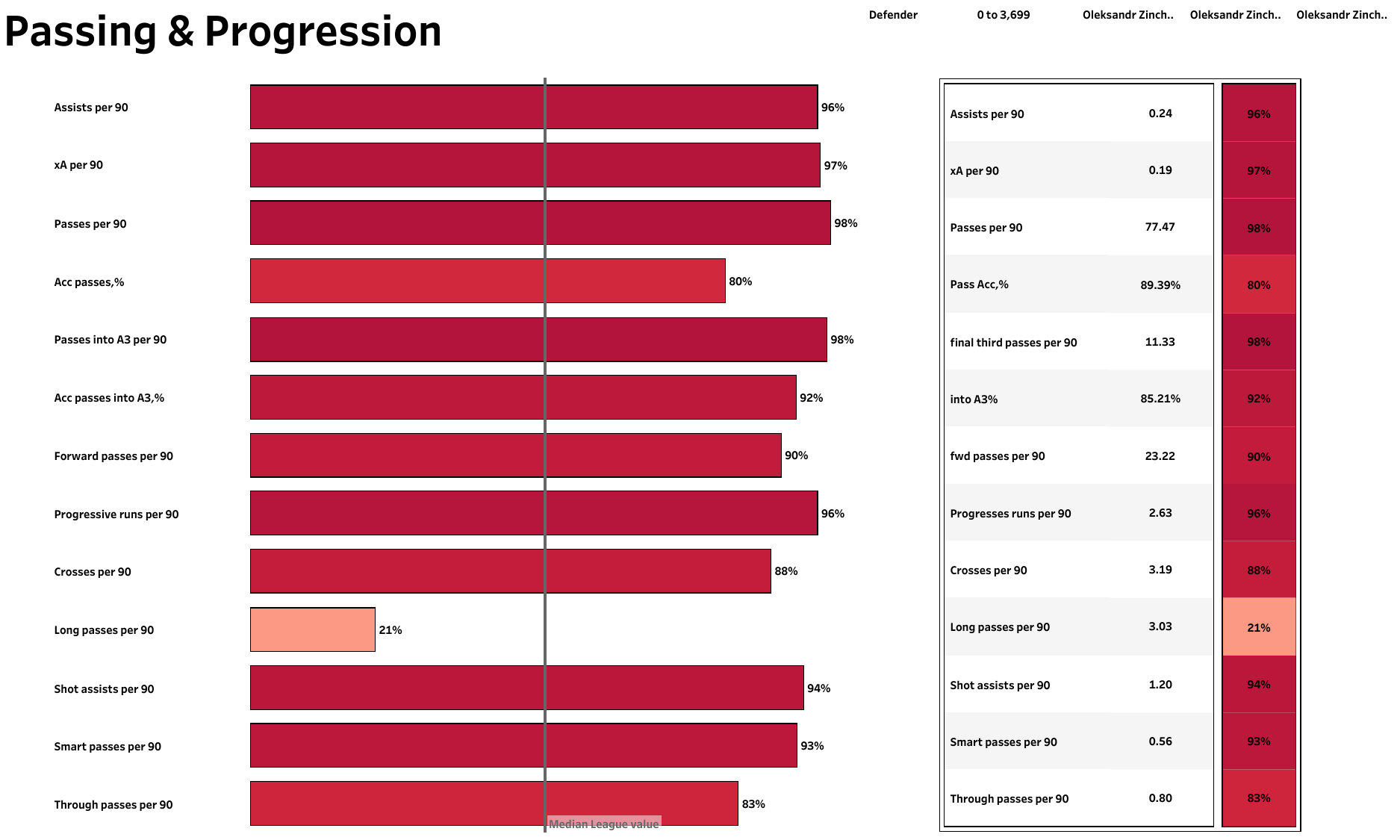 Zinchenko made four assists at a rate of 0.24 per 90, which was higher than the xA per 90 value of 0.19. He attempted 77.47 passes per 90 at a near 90% pass accuracy. While you would expect these numbers in a Pep Guardiola system, they would not be that far off if the 25-year-old played in central midfield either. With 11.33 pass attempts into the final third at an accuracy of 85.21%, Zinchenko is skilled in ball progression. One stat that may take a hit if the Ukrainian plays in central midfield would be the number of crosses, as from the left-back position, he completed 3.19 crosses per 90. This number would drop from the central midfield. Zinchenko is certainly not afraid to take risks in attack as he made 1.2 shot assists per 90 and 0.56 smart passes per 90. 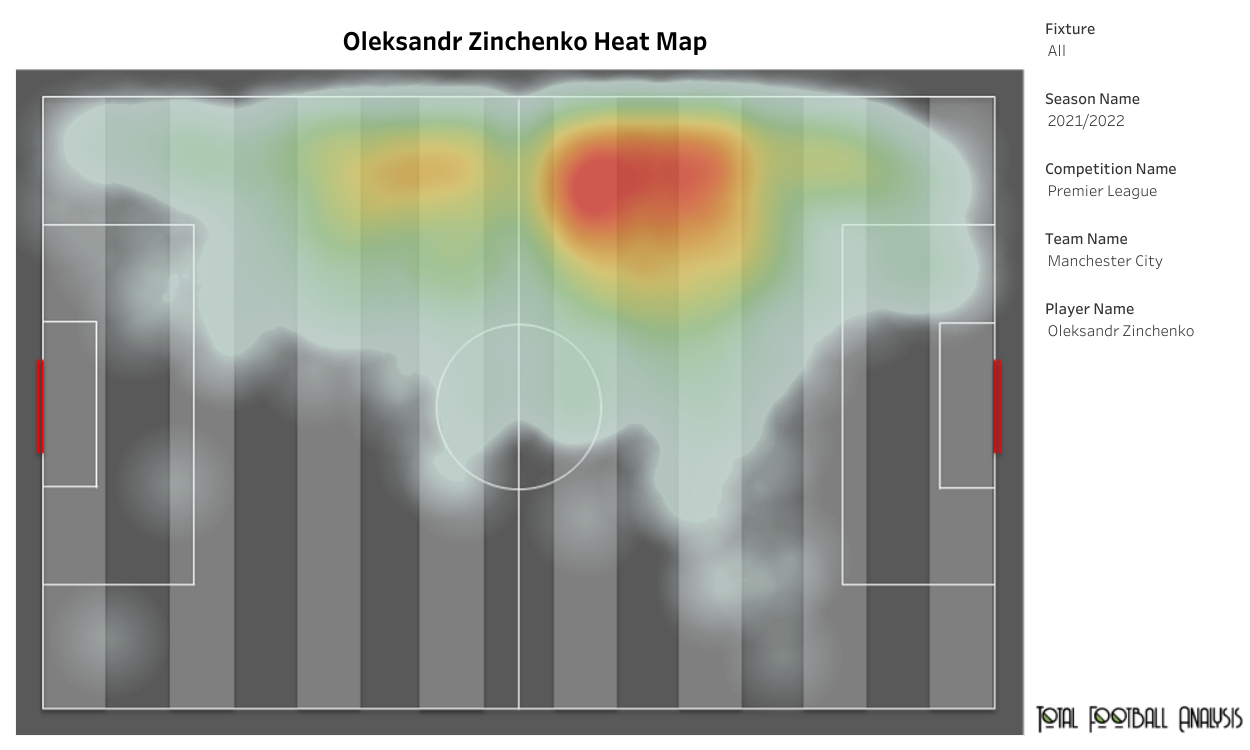 The above heat map of Zinchenko shows the influence that he had from the left-back position. This would shift to the middle if he plays in central midfield, and it could be just as advanced vertically as he would have with Rodri at defensive midfield and the centre-backs doing the dirty work for him. This is because Zinchenko has poor defensive numbers and a less than adequate work rate for a left-back, having attempted less than 10 pressures per 90 this campaign.

With good numbers going forward, Oleksandr Zinchenko deserves a crack at the centre of the park, given that he already plays there for his country. Long story short, the main reason the Ukrainian should play in central midfield is because of the inadequate work rate required for a defender.