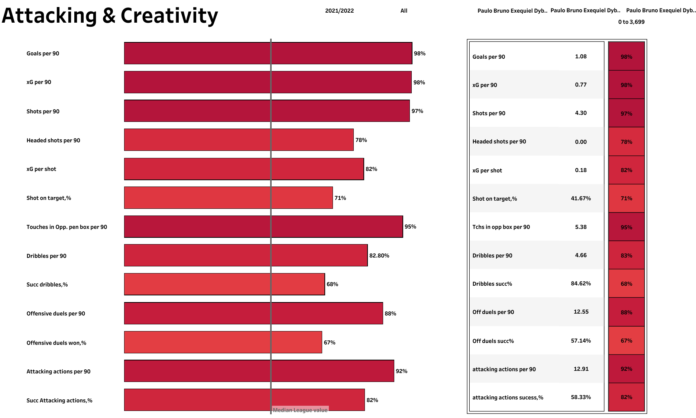 Paulo Dybala, 28, is in the final six months of his contract at Turin, and it was only in November that Juve and the Argentine were close to reaching an official agreement over a new long-term contract that would see the player earn €10 million per season. The equation has now changed with the arrival of Dusan Vlahovic. The club, despite its poor financial status, went for Vlahovic, and now the Bianconeri are not in a position to offer the 28-year-old a €10 million per season contract.

Manchester City recently sold Ferran Torres to Barcelona for €55 million. The Cityzens though managed to sign the River Plate striker, Julian Alvarez. The understanding is that Alvarez will play the rest of the season for his current club before making the trip to Manchester. Dybala could be the perfect addition for City who are looking for a proper number nine. The Cityzens have been linked with Erling Haaland, but with the 21-year-old tipped to move to Spain and Vlahovic no longer on the market, Dybala could become a very good alternative. The 28-year-old has played 277 games for the Bianconeri and has got an impressive goal tally of 111 goals, supplemented by 46 assists. He has truly established himself as a vital player in Juve’s attack.

Dybala is a forward who can largely operate as a number nine, a number 10, and as a narrow wide-forward on the right. As seen in the above visual, Dybala has shown a tendency to drift towards the right after starting all his games as a second striker. Dybala is more comfortable playing in a free role in front of the midfield, which is the way City are currently playing this season. 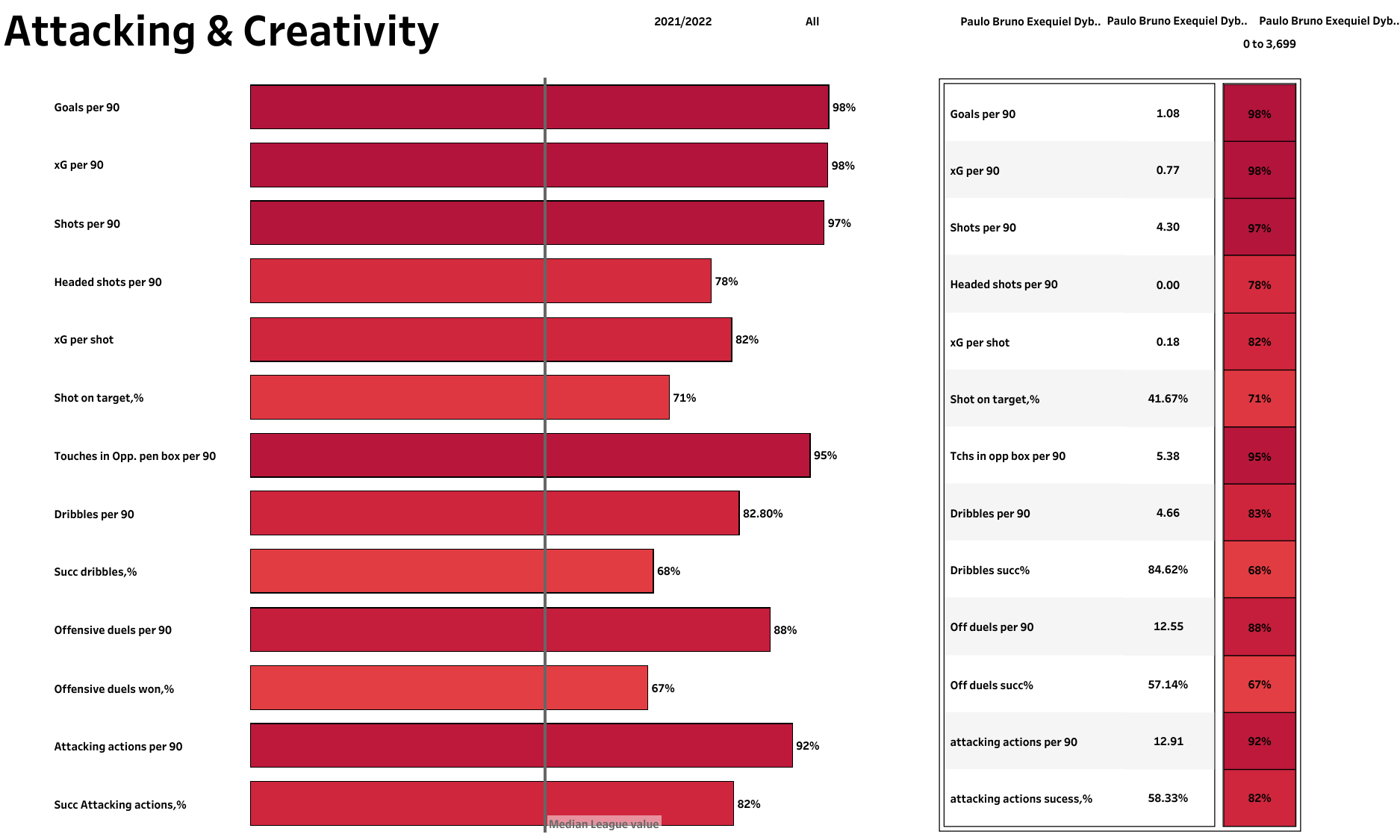 The above visual shows us the attacking and creativity stats for Dybala from the UEFA Champions League. Dybala has attempted a total of 12.91 attacking actions and has a very high success rate with those attacking actions as he has completed 58.33% of them. He has had 41.67% of his total shots on target, with 4.3 shots per 90. Dybala is a player who is always a huge threat in the opposition box with great decision-making when he gets the ball in the final third. He is a clinical finisher in front of goal. 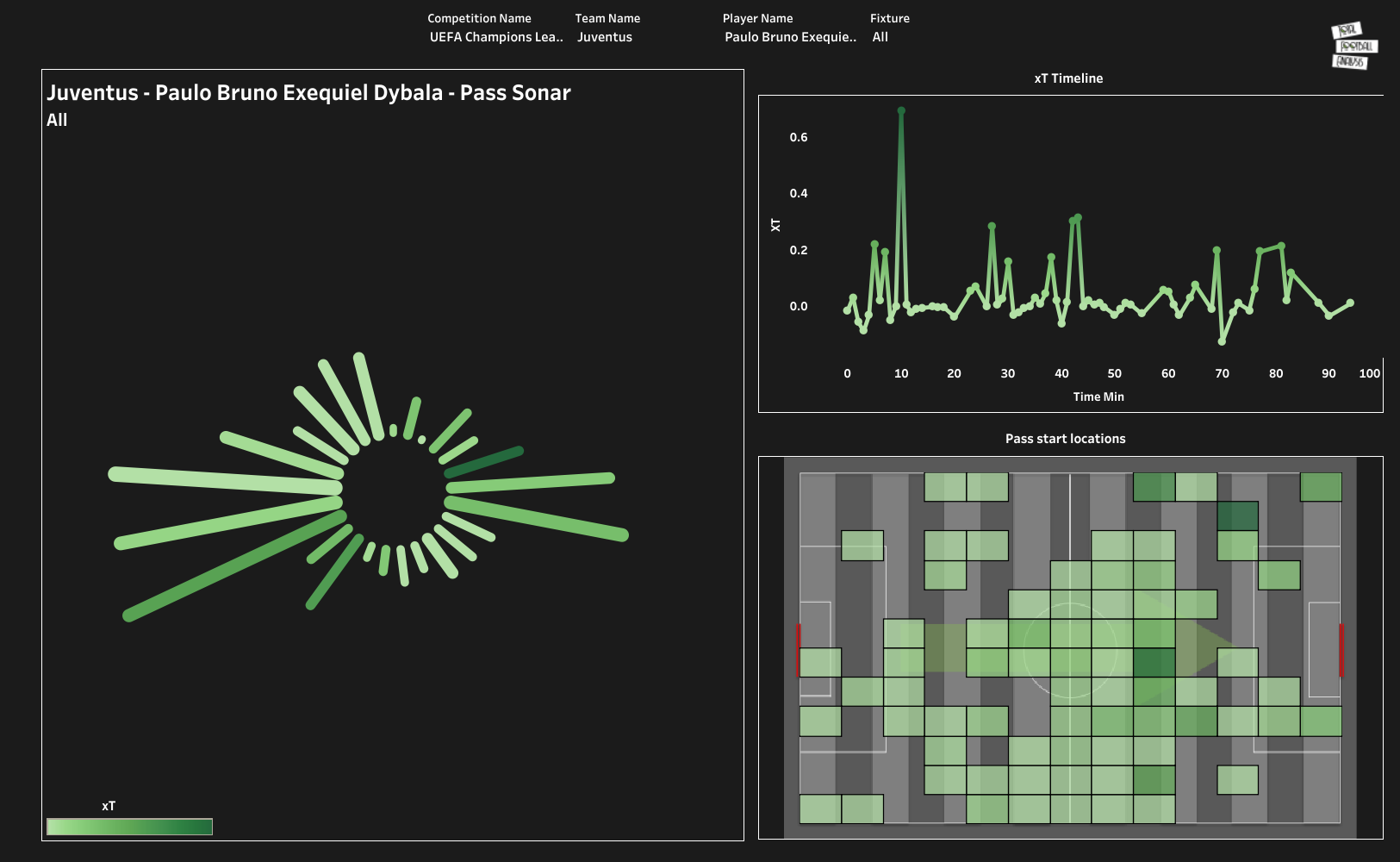 Dybala loves to drop deep and receive the ball to play short passes with his midfielders to drag the defenders out of position. This allows his wide forwards to drift in and create space between the defenders. As seen in the pass start locations visual, he plays a lot of short passes in the middle third, which are mostly one-two passes played to create space. He has also put in several crosses in the penalty area, which have generated a high xT. Dybala has also generated a high xT throughout the game and has shown his presence in the final third. With this style of play, Dybala could be a great fit for Guardiola as a striker. 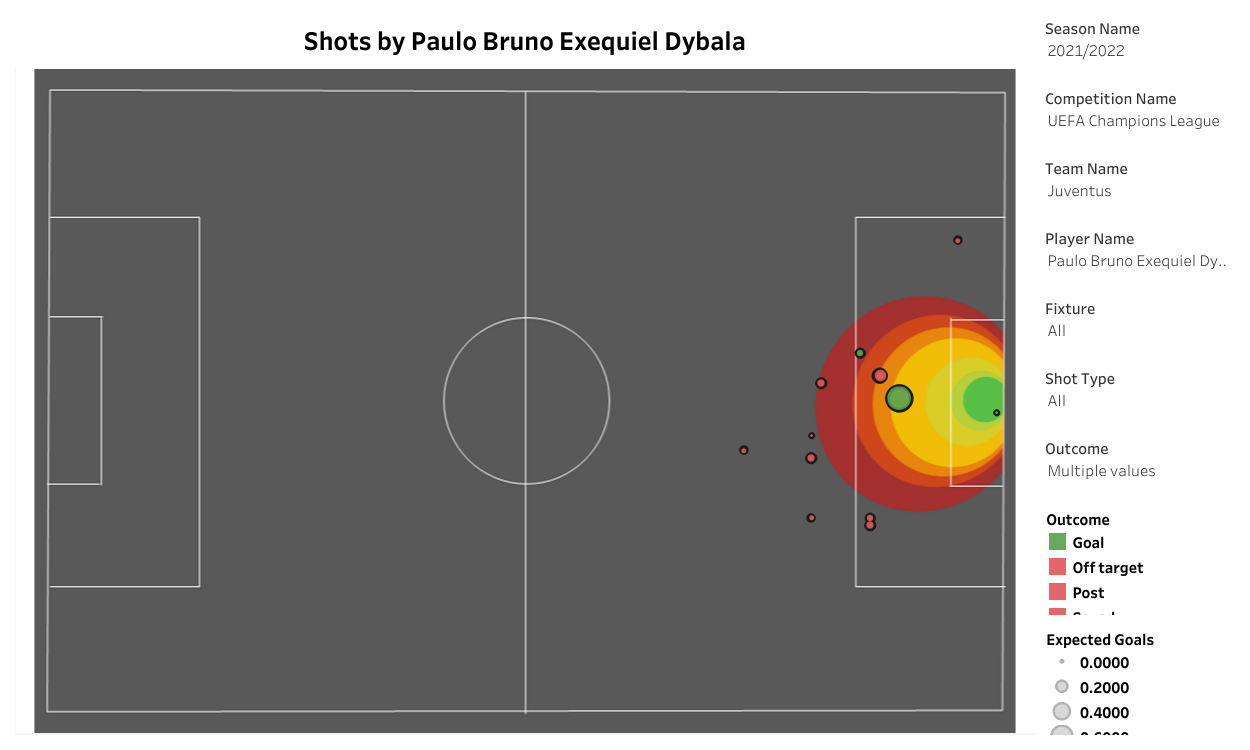 Paulo Dybala has attempted a total of 12 shots in the UEFA Champions League and has scored three goals in four matches. Despite only playing for four matches and getting only 244 minutes of game time, Dybala played an important role in helping his team qualify for the knock-out stages as the toppers of Group H. Dybala has a brilliant left foot and possesses the right technique and skill to be a huge threat even from dead-ball situations.

Although City were not able to get him to the Premier League in this window, they will try and proceed with talks with the player to get him in the Premier League in the summer when his contract is about to expire. Despite playing without a proper striker this season, Manchester City have been very successful in the domestic as well as other competitions. But Guardiola will need more reinforcements in the number nine positions for the next season to build another title-winning squad.

Could this be Man City’s year for Champions League glory?