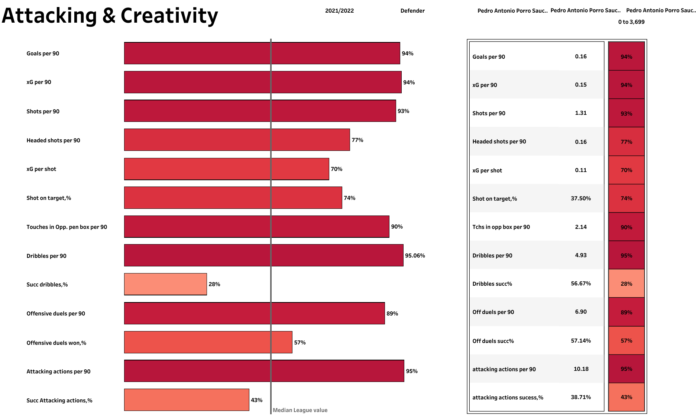 Pep Guardiola believes that full-backs are critical to the development of his ideas. Some are comfortable playing inside, such as Joao Cancelo, who serves as an example of how a player can develop under the Catalan manager. Others, like Kyle Walker, stand out for their ability to run up and down the field. City has this covered, but they must keep an eye on the future. City have a great option in right-back Pedro Porro, who is currently playing for Sporting Lisbon. The 22-year-old is on loan from Manchester City to Sporting Lisbon, who were their opponents in the  Champions League Round-of-16 tie. He has yet to make his debut under Guardiola, but he is eager to make an impression in Portugal in the meantime.

Porro joined City from sister club Girona in the summer of 2019 but then moved to Valladolid on loan straight away. In August 2020, he moved on to Sporting and has made 65 first-team appearances for them since. He has 17 goal contributions for Sporting so far and has made 11 of those in the current season. 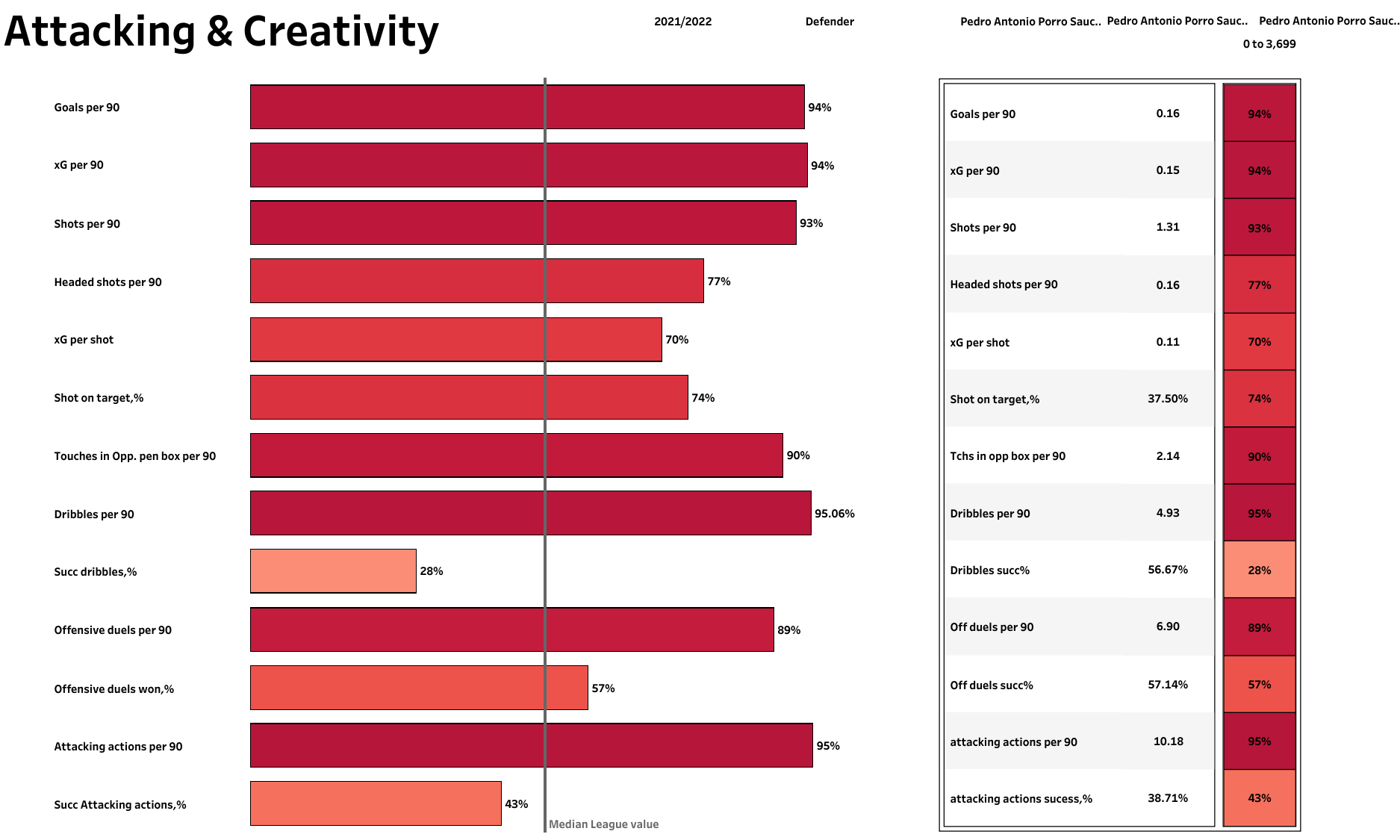 Porro is a right-back who can also play as a wing-back and on the right side of midfield. The Spanish right-back is frequently tasked with exploiting the opposition’s defensive flaws and testing the backline with accurate crosses into the box. Pedro Porro is a very modern right-back with the ability to contribute significantly to the team’s offensive phase. He has attempted 10.18 attacking actions per 90 minutes and has completed approximately 40% of these actions. He is ranked highly for the dribbles he has attempted per game and has completed 56% of his dribbles. 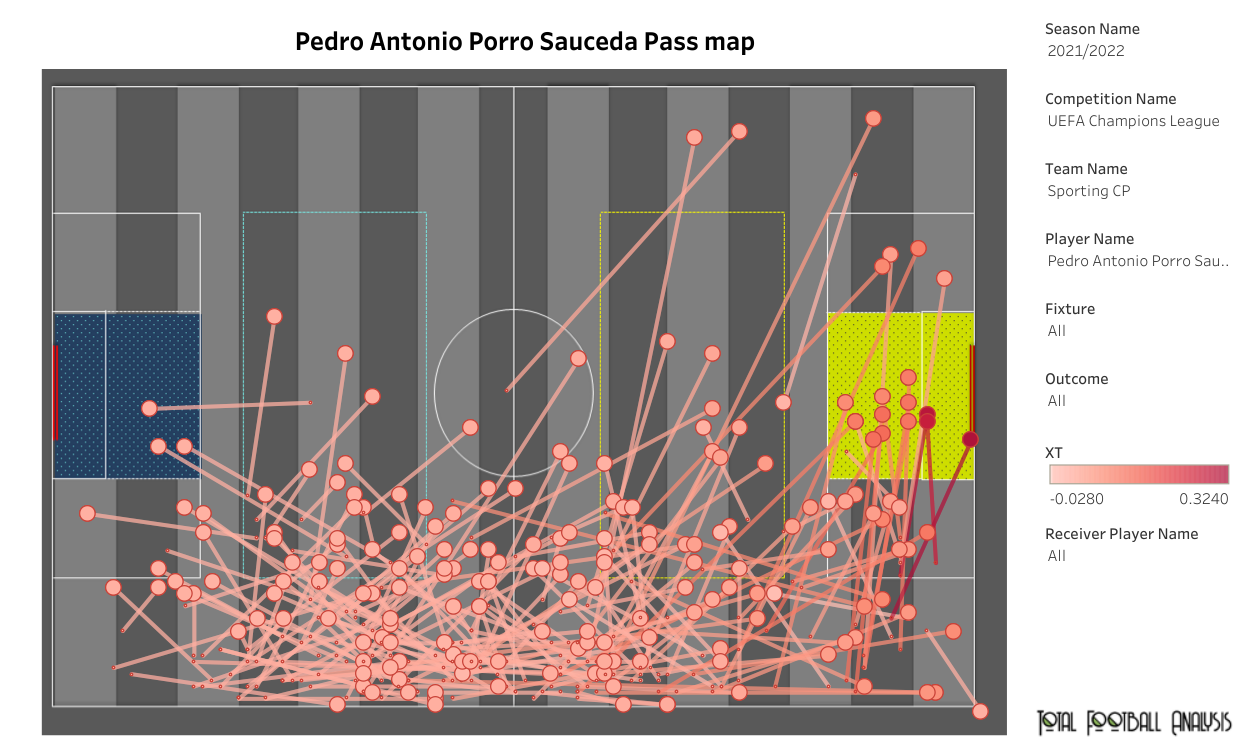 Porro, with his great precision crossing skills, can be very dangerous when given space to attack the wing side. He can time the ball perfectly and accurately and place it in the danger zone. Aside from crossing, the young right-back is also very active in dribbling the opponent; his quick feet and speed in open space make him very good in that area of the field. The above pass map indicates that he has generated a high xT from his crosses into the penalty area. 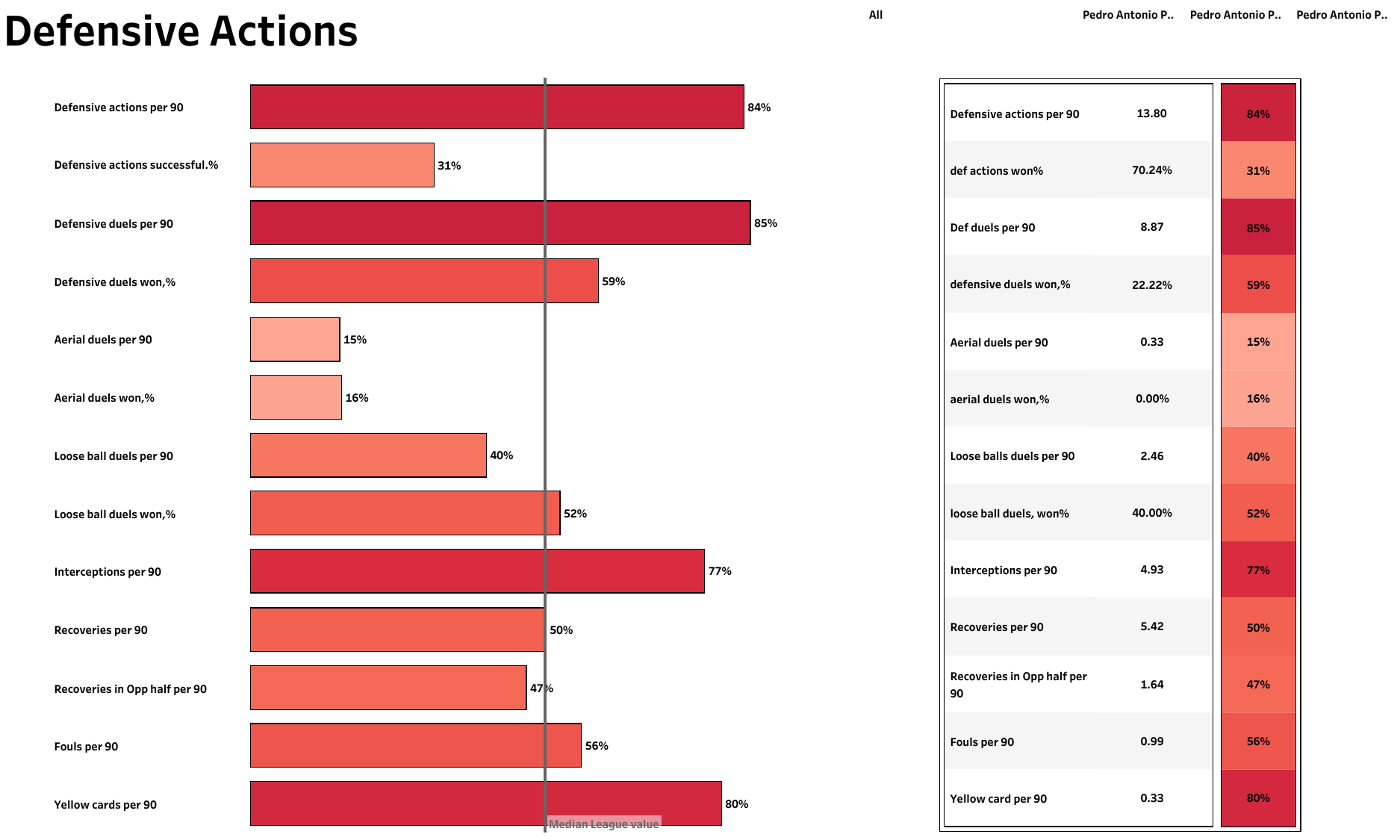 Porro’s defending can still improve. He can use his acceleration to close the opponent down and either apply pressure while holding his ground or attempt to make a challenge when the opponent moves into his zone. The young right-back has been putting in great effort and performances for Sporting Lisbon this season, and he is showing significant improvement. He has attempted 13.8 defensive actions per 90 minutes and has been able to win 70% of these actions. He uses his pace well to intercept opposition passes and has completed 4.93 interceptions per 90 minutes.

Pedro Porro has the quality to improve himself and has shown what he is capable of in his second season with Sporting. His contract with Sporting will be ending in June 2022, and there is a chance he might get to play for City. But his first-team chances look limited, with both Kyle Walker and Joao Cancelo being Pep’s first-choice full-backs. There are a couple of European clubs who are interested in the right-back, and City might also consider selling him to those clubs if they get a good value for his transfer.

Manchester City: a club with many managers

Defensive midfield option: Will U21 German star be the right choice...