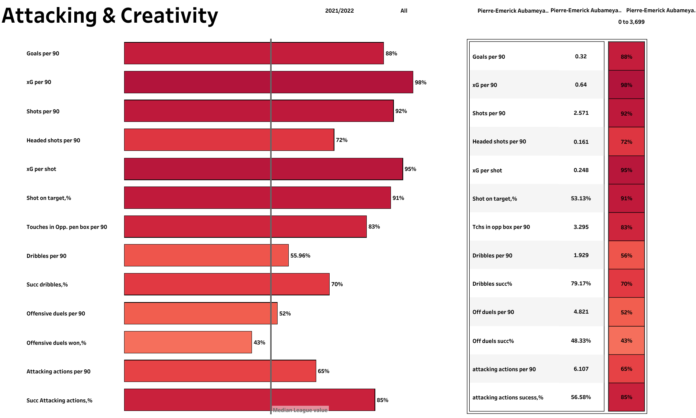 Manchester City are currently without a striker and are in dire need of one if they are to win the UEFA Champions League this season. Bayern Munich, Real Madrid, Chelsea, and Liverpool all have a proper finisher in their starting XI, which is a worrying aspect for Pep Guardiola and his club, who have been using the ‘false 9’ system since the beginning of last season. With Arsenal blocking out Pierre Emerick-Aubameyang, things could get a little interesting with City in the background.

Pierre Emerick-Aubameyang has been at the center of controversy at Arsenal. The former Borussia Dortmund striker has been stripped of the captaincy and a place in the XI. This happened in mid-December, and the Gabon striker hasn’t featured for the Gunners since then, missing six games with Arsenal winning five of them.

The 32-year-old joined Arsenal for a fee of £56 million from Dortmund, in the winter of 2018. Overall, Aubameyang has made 128 appearances for the former Premier League champions in the PL and has managed to score 68 goals and provide 16 assists. Aubameyang has done well to establish himself as one of the better strikers of the game, with his electric pace and finishing. 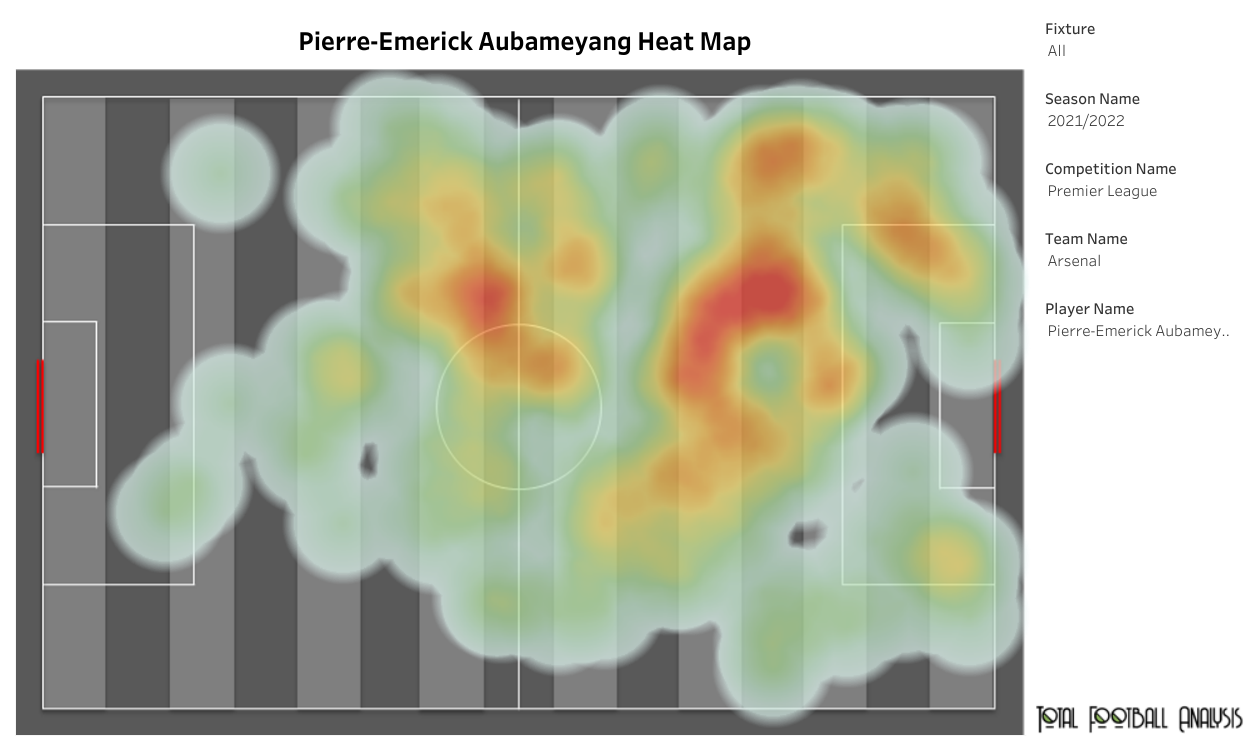 The above visual shows us the heatmap of Aubameyang. The heatmap indicates that Aubameyang is not an out-and-out striker and drops back frequently to receive the ball. That is the type of striker City need to fit in their style of play. Auba can be a great striker who can involve himself in build-up play and make great runs inside the penalty area. 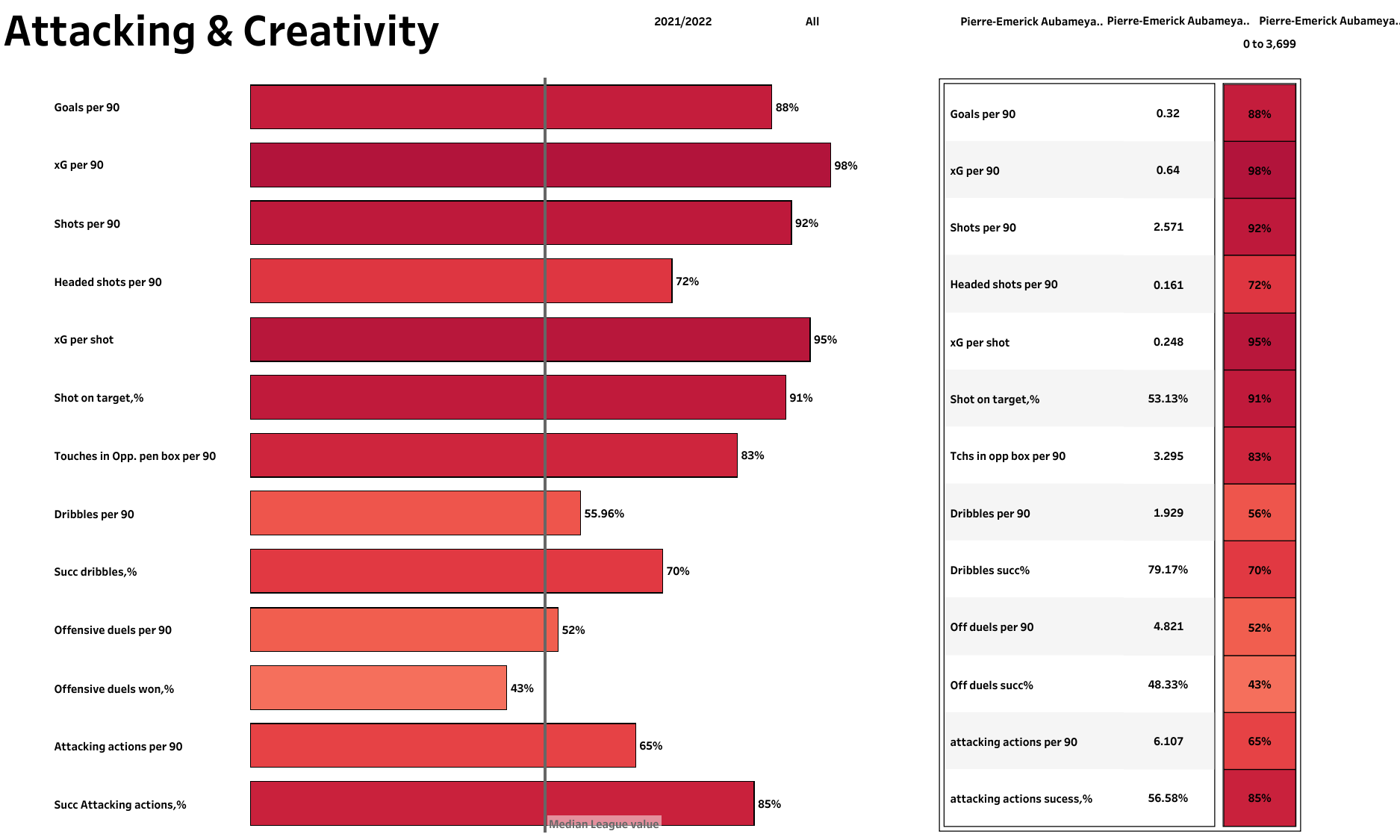 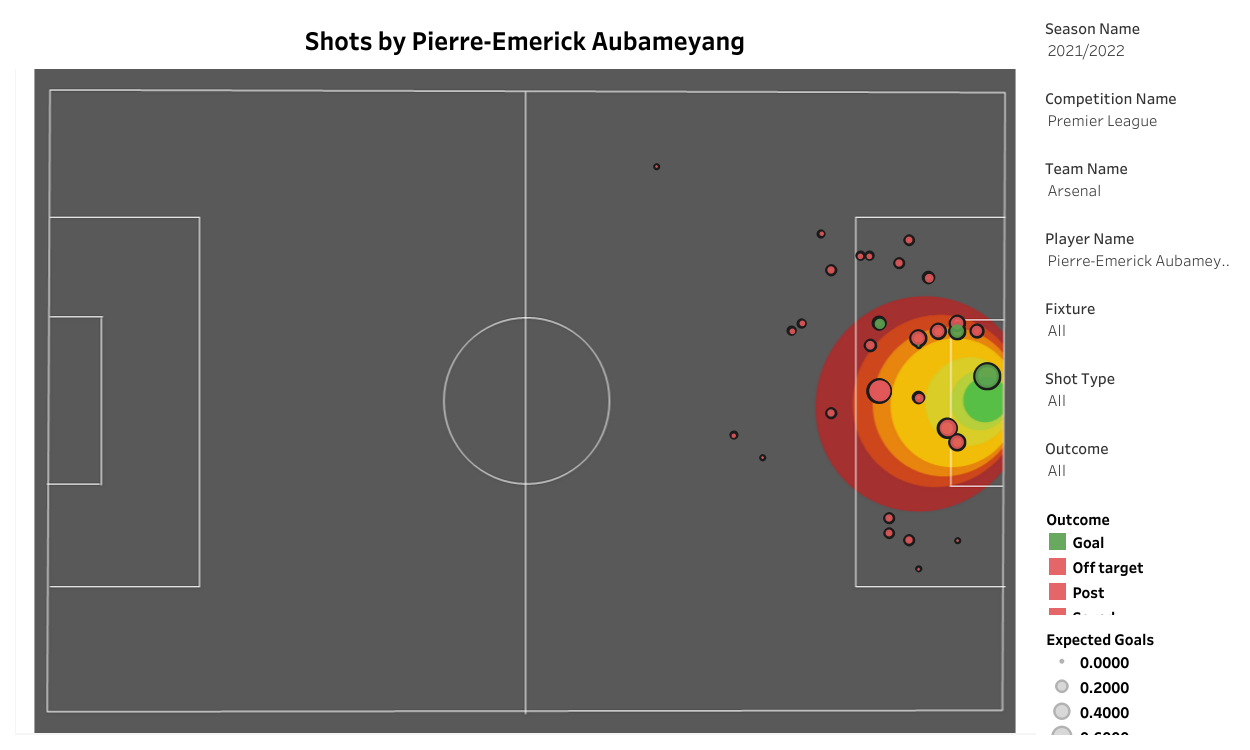 Auba has attempted a total of 35 shots on goal so far this season and has managed to keep 18 of these attempts on target. Out of the 18 shots he has had on target, only two have been attempted from outside the penalty area. Most of his shots from inside the box are on target, and he can be a huge threat in the opposition’s penalty area when he receives the ball. He is great on the turn and can unleash a quick shot when he receives the ball in his feet. 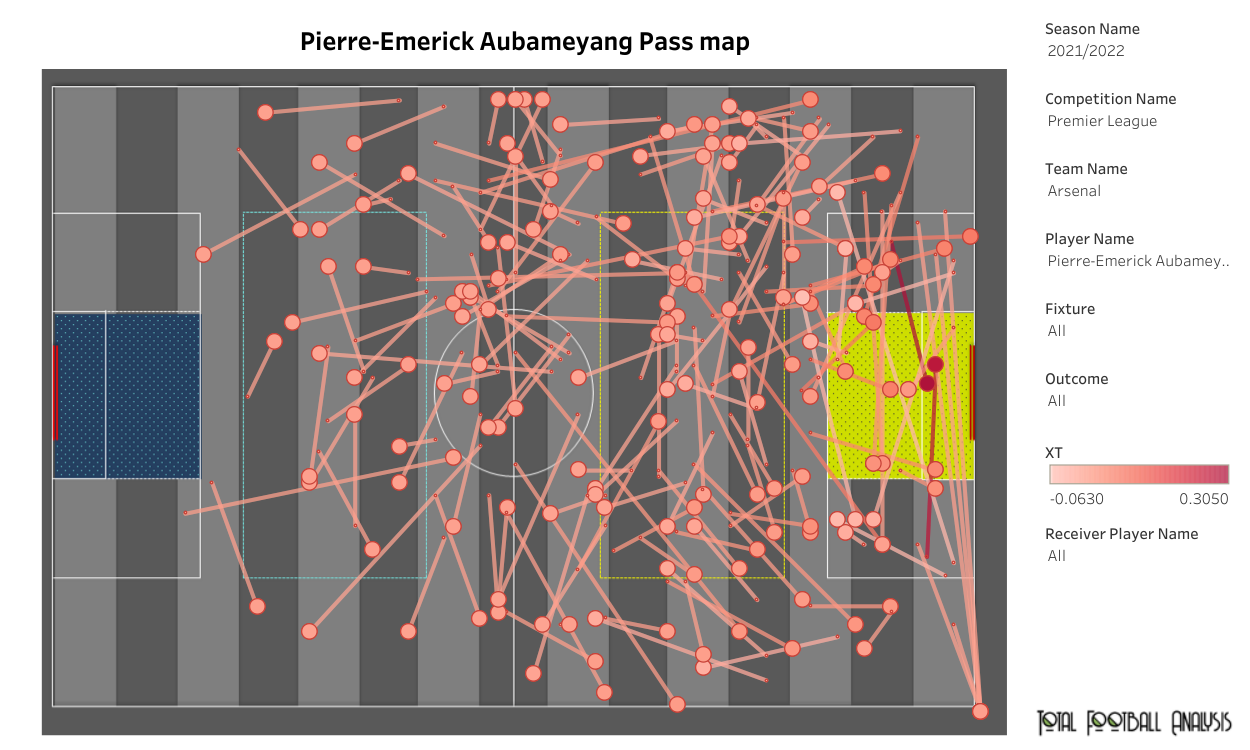 As mentioned earlier, Aubameyang loves to drop deep and receive the ball to play short passes with his midfielders to drag the defenders out of position. This allows his wide forwards to drift in and create space between the defenders. As seen in the above visual, he plays a lot of short passes in the middle third, which are mostly one-two passes played to create space. He also has put in several crosses in the penalty area, which have generated a high xT. With this style of play, Aubameyang could be a great fit for Pep as a striker.

Aubameyang certainly can start for Manchester City and he could be a temporary solution for City’s number nine woes. The Cityzens have been without a striker for most of the last season. For now, City could decide to sign Aubameyang on a short-term basis and could even decide to keep him at the club as a backup striker, with the Cityzens being tipped as the favorites to sign Erling Haaland next summer.

The tactical secrets behind Manchester City’s beating of Arsenal

What does João Cancelo bring to Manchester City?