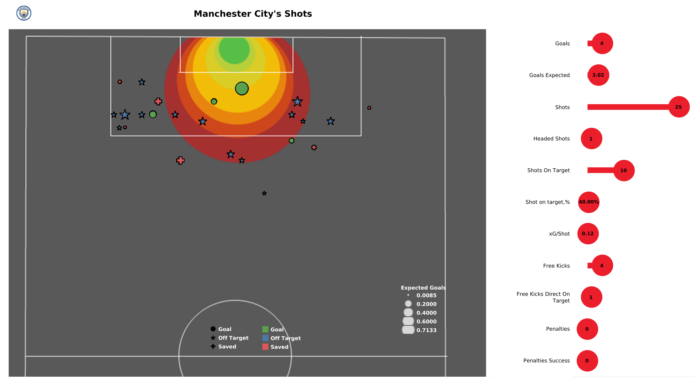 Manchester City will be aiming to open up a six-point gap at the top of the Premier League table when Crystal Palace welcome them to Selhurst Park for Monday’s Premier League clash. The Eagles are coming off a 2-0 win against Wolverhampton Wanderers, while Pep Guardiola’s side advanced in the Champions League by defeating Sporting Lisbon.

Crystal Palace are now in 11th place in the Premier League table, and they have regularly outperformed their peers this season. The Eagles defeated Wolverhampton Wanderers 2-0 in their previous match and will have to fight hard to repeat the feat this week. Having gone four games without defeat in all competitions, Crystal Palace will be hoping to extend their unbeaten run. 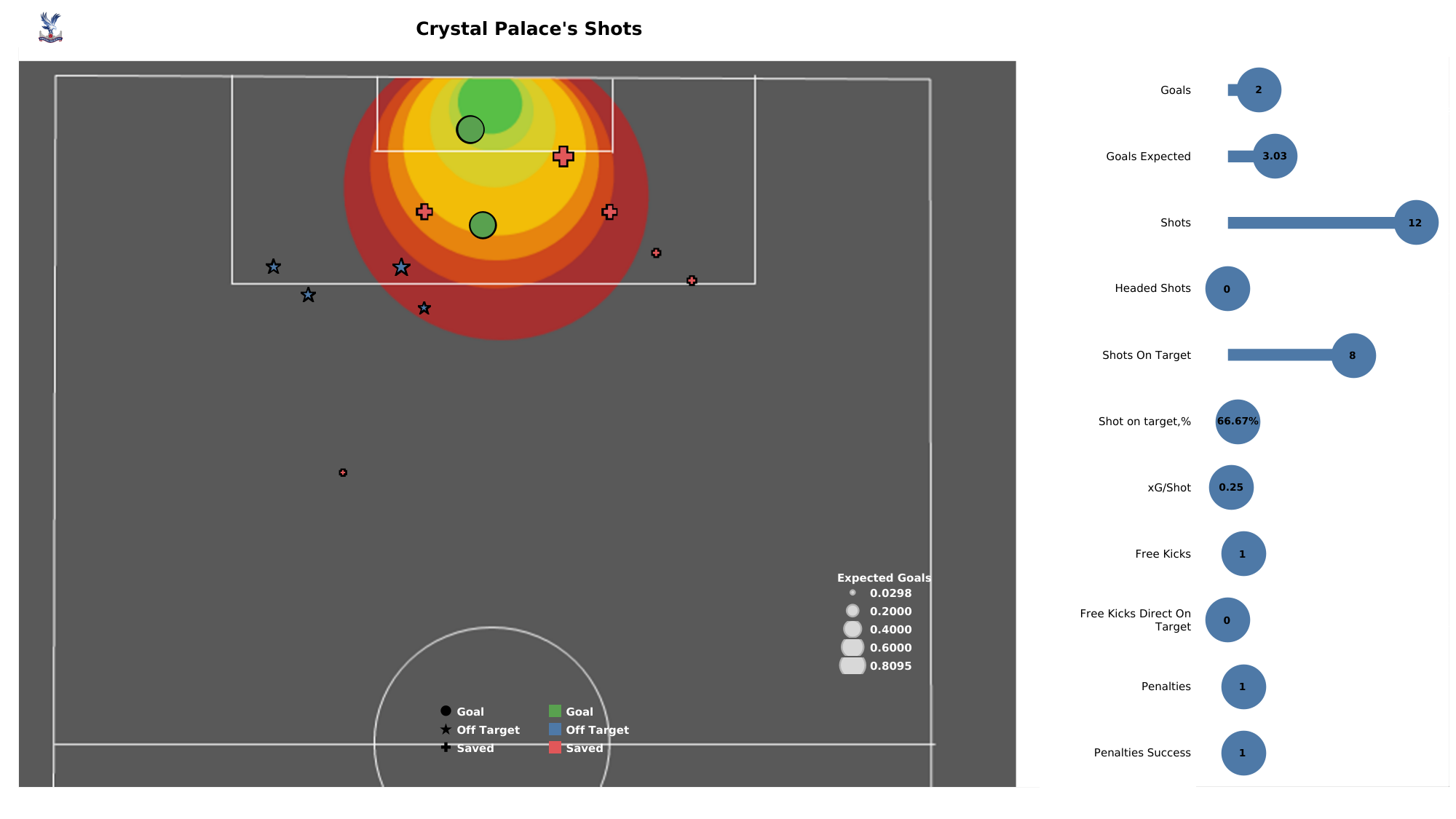 Crystal Palace attempted 12 shots against Wolves in their previous Premier League clash and managed to keep eight shots on target. First-half goals from Jean-Philippe Mateta and Wilfred Zaha helped Palace secure all three points. Palace were very efficient in the final third and had approximately 70% of their shots on target.

Manchester City, on the other hand, are currently leading the league table and will almost certainly face a title challenge from Liverpool. Last weekend, the reigning champions humiliated Manchester United 4-1 and have been in excellent form this month. Manchester City come into this game having progressed into the quarter-finals of the Champions League after a goalless draw against Sporting CP at the Etihad. 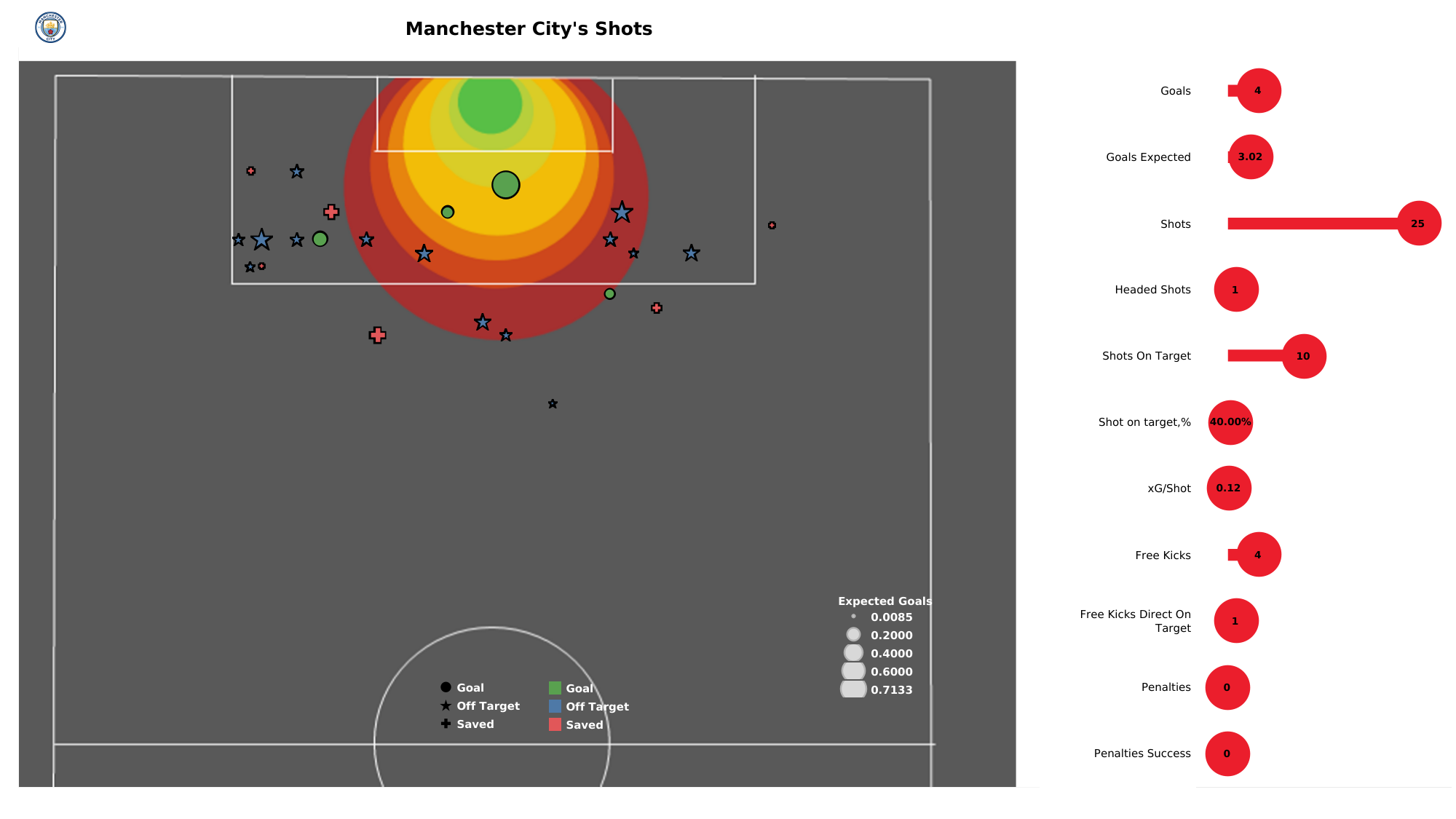 Manchester City were at their best against Manchester United and completely dominated their rivals. They had 25 shots on goal and managed to keep 10 on target. City could have scored even more, but it was David de Gea who made some crucial saves for United to keep the scoreline to 4-1. The visual indicates how City had a majority of their shots from inside the penalty area. 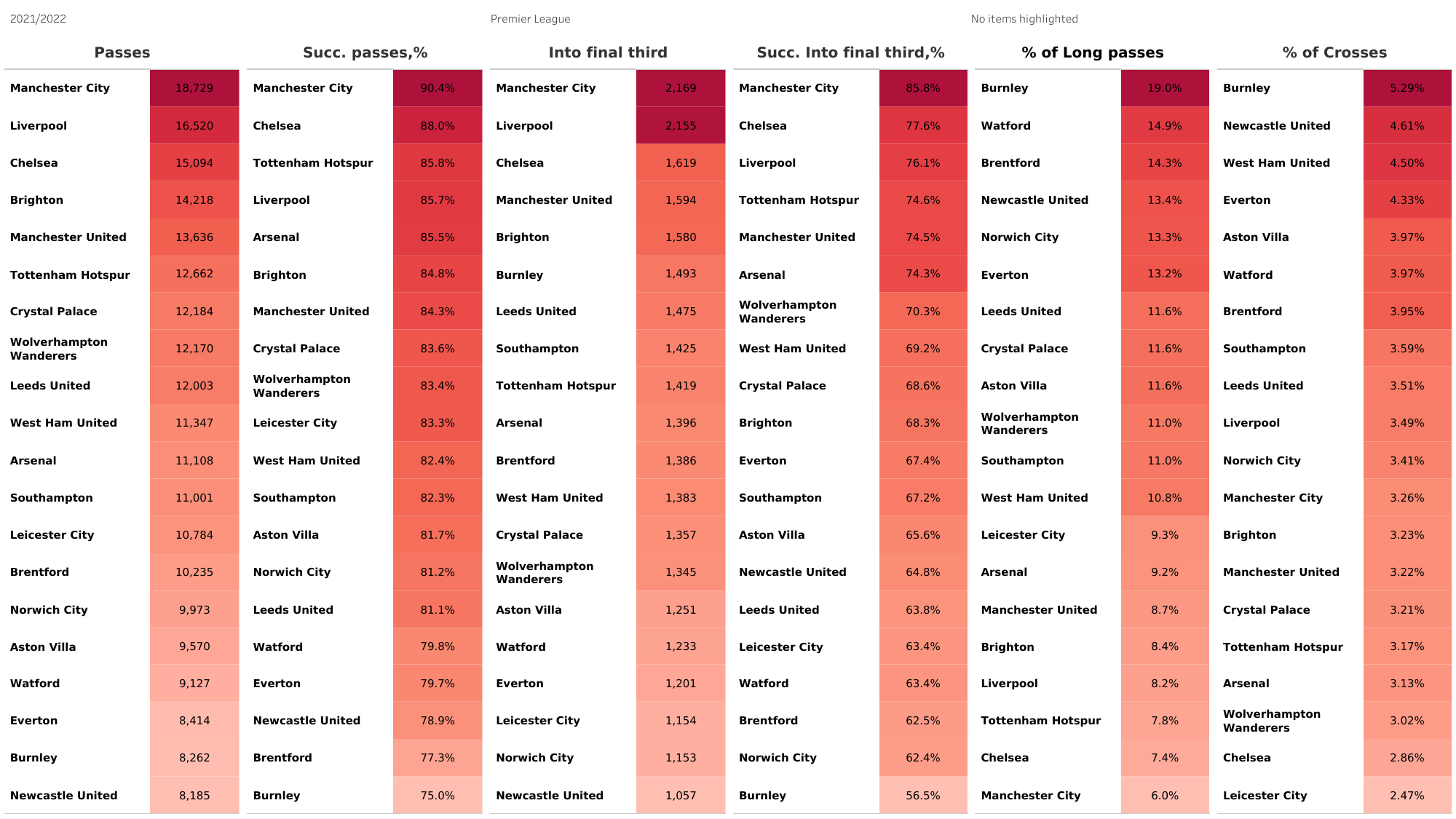 It is expected that Manchester City will most probably dominate possession and create several successful chances. The above visual indicates that City have the highest pass accuracy rate and also have the most successful passes into the final third. City test the patience of the opposition team by rotating the ball and dominating possession while trying to tire their opponents. Palace, on the other hand, have attempted 1357 passes into the final third and have completed 68.6% of these passes.

Eight of City’s last nine away matches in all competitions have ended in victory – winning each of their last four on the road without conceding a single goal – and Guardiola’s men have only let in eight league goals on rival turf all season.

Manchester City have been impressive so far this season under Pep Guardiola, and they are pretty much unbeatable on their day. The Cityzens will have to be at their best, with Liverpool only three points behind them.

Kyle Walker vs Kieran Trippier: who is the greater attacking threat?

Can Haaland Fire City to the UCL Title?