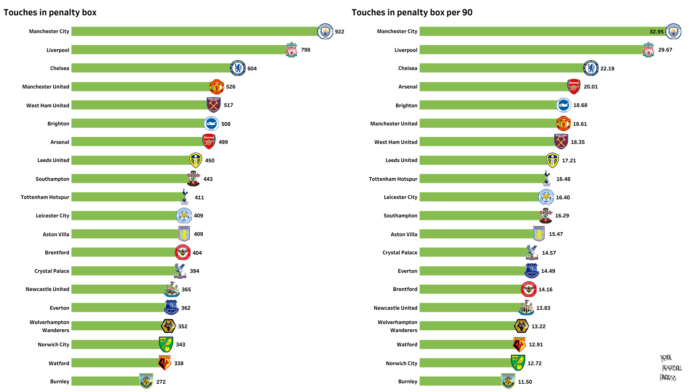 Manchester City will be traveling to Goodison Park to face Everton on Saturday in the Premier League. Manchester City were shocked by Tottenham Hotspur last time out as the London side beat City with a stoppage-time winner. Everton continued their poor season as they were beaten by Southampton.

Everton, one of the most decorated clubs in English football, have had a difficult season so far. With only six wins out of a possible 23, the blue half of Merseyside is suffering in 16th place, just four points above the relegation zone. The Toffees only have one win from their last eight games in the Premier League and have struggled to put points on the board. They put up an impressive performance against Leeds United but were unable to build on that as they failed to beat Southampton in their next game. 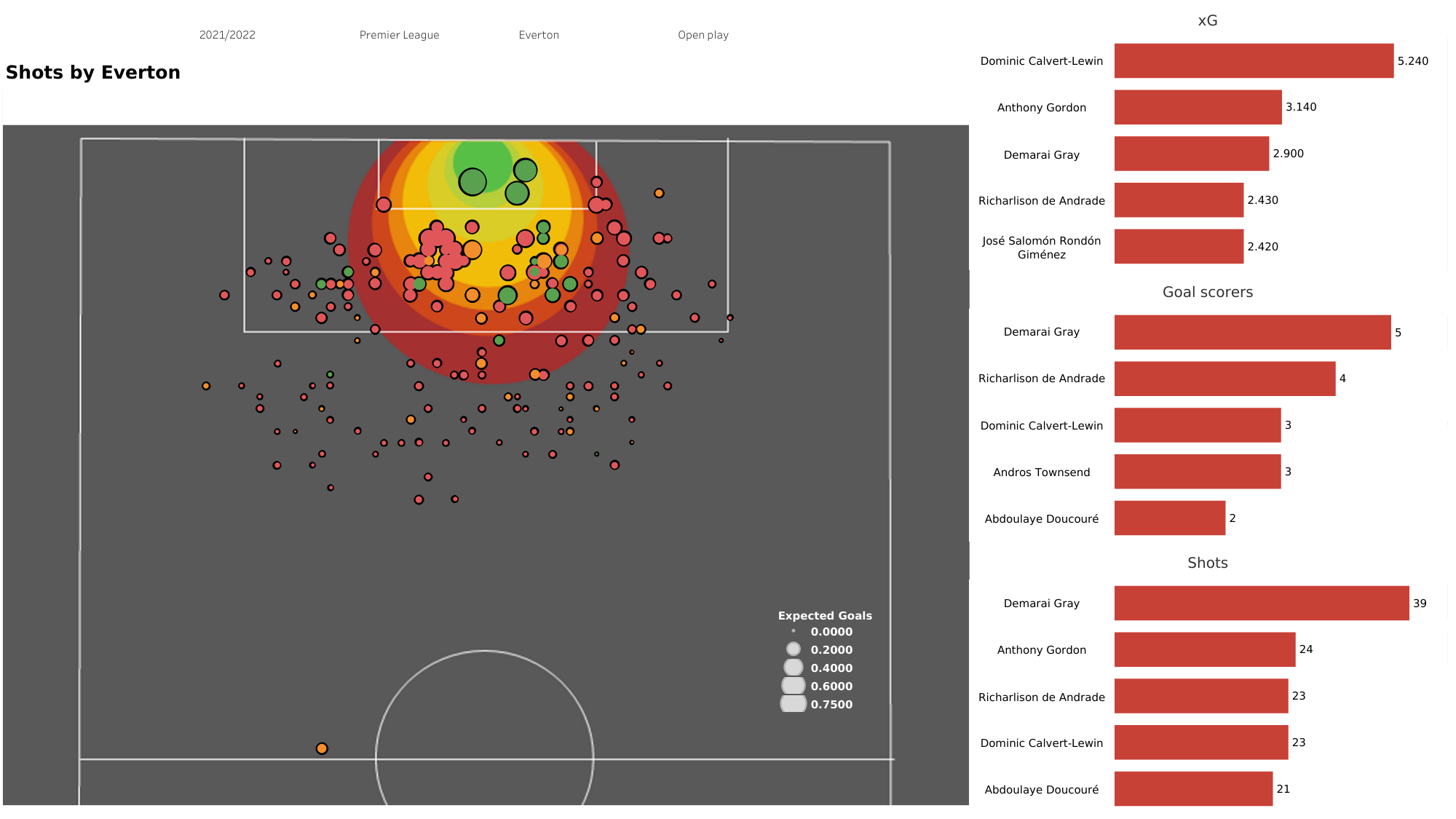 Everton have attempted a total of 267 shots on goal so far, with 92 shots on target. Dominic Calvert-Lewin has generated the highest xG for Everton with his 23 shots. Demarai Gray has been Everton’s top scorer this season, but he last scored a goal for the Toffees in December. He has not been a regular starter so far for them and has struggled with injuries.

Manchester City are currently at the top of the table with 66 points from 27 games. Few would have bet on a notoriously flaky Tottenham side to go to the Etihad and not only win, but win in the circumstances they managed after City equalized in injury time and still lost. City were beaten by the Spurs at home in a game that had two goals scored in the stoppage time. Most fans thought City had secured a point after Mahrez converted a penalty in the second minute of stoppage time, but it was Harry Kane who rose the highest to head in Tottenham’s third goal to give them all three points. This was only the third loss City have faced this season. 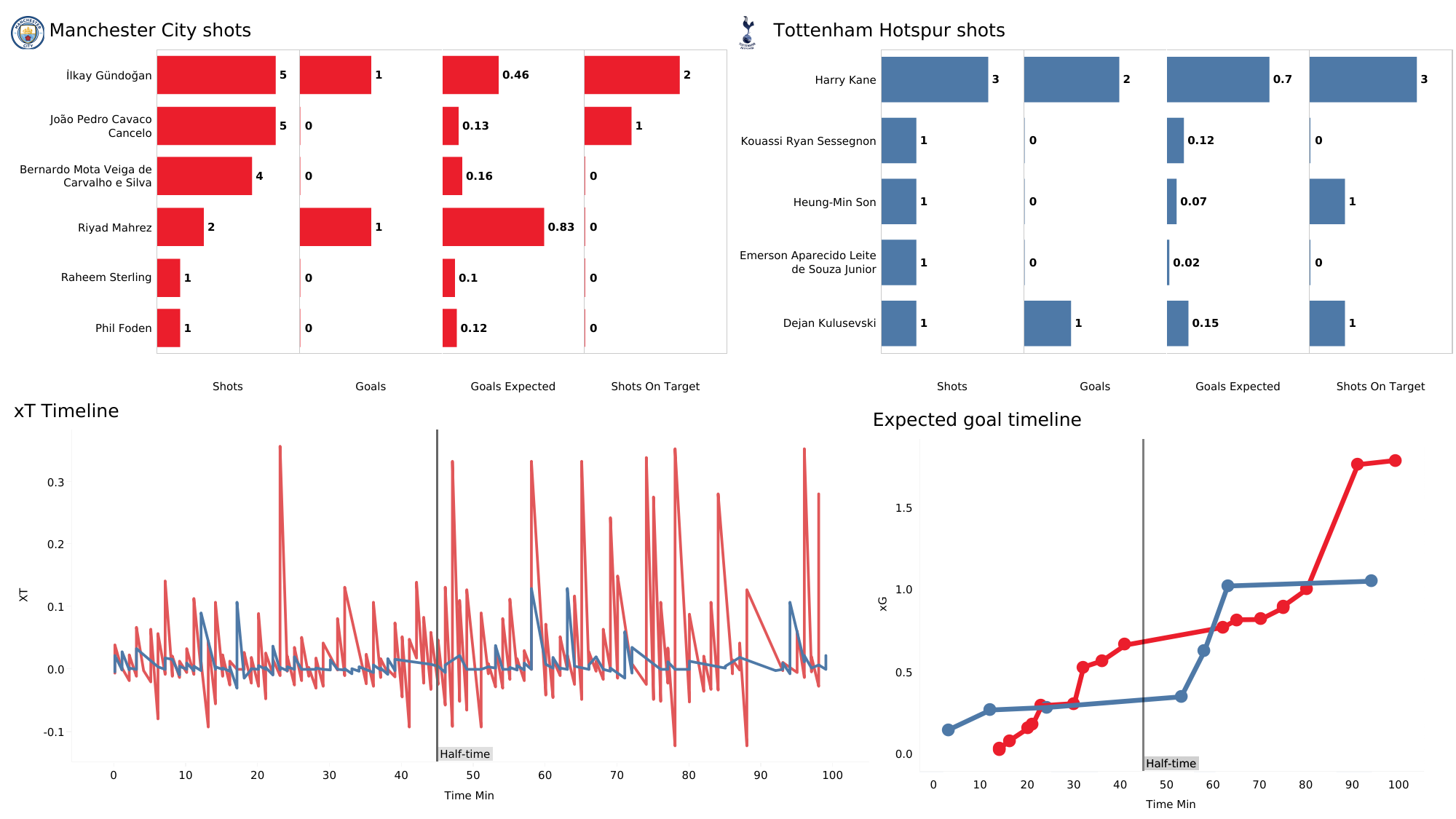 Manchester City created the best chances in the game, as seen in the above visual. The xT timeline indicates that City created a threat for the Spurs defense throughout the game, but were unable to capitalize on these chances. They attempted 18 shots on goal but managed to keep only three shots on target. 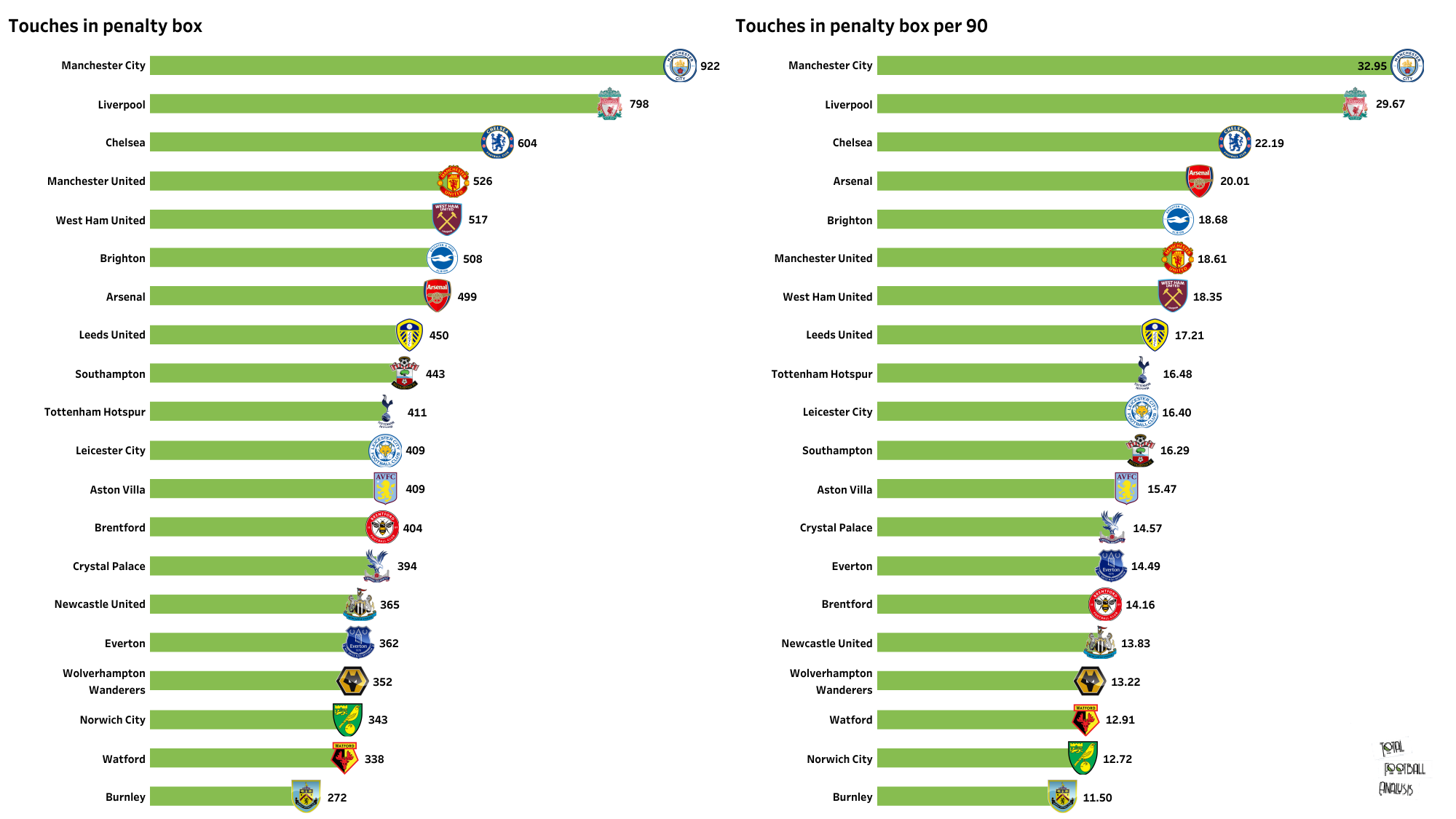 Manchester City will look to get back to winning ways and maintain their lead at the top of the table. With Liverpool’s win against Leeds, City now only have a three-point lead in the first place. They will try and avoid any slip-ups that can give Liverpool a chance to get closer to them. Everton have not been in great form, and City should be able to secure all three points on Sunday.

Analysis: Man City have squad depth everywhere but in this key...