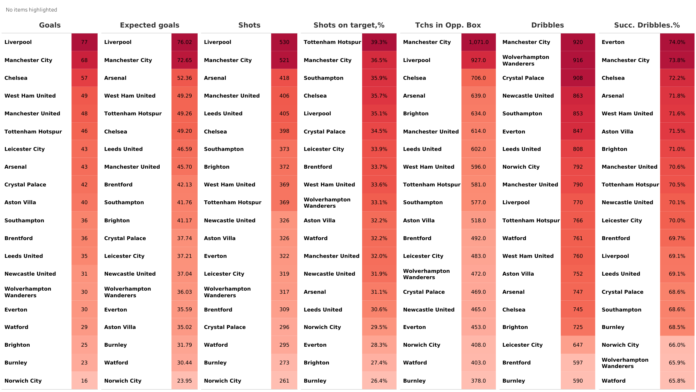 Manchester City were able to find a way past the low block of Diego Simeone’s Atletico Madrid in the Champions League, as they will take a one-goal advantage going into the second leg. City beat Burnley in the Premier League last weekend, thanks to goals from Kevin De Bruyne and Ilkay Gundogan. 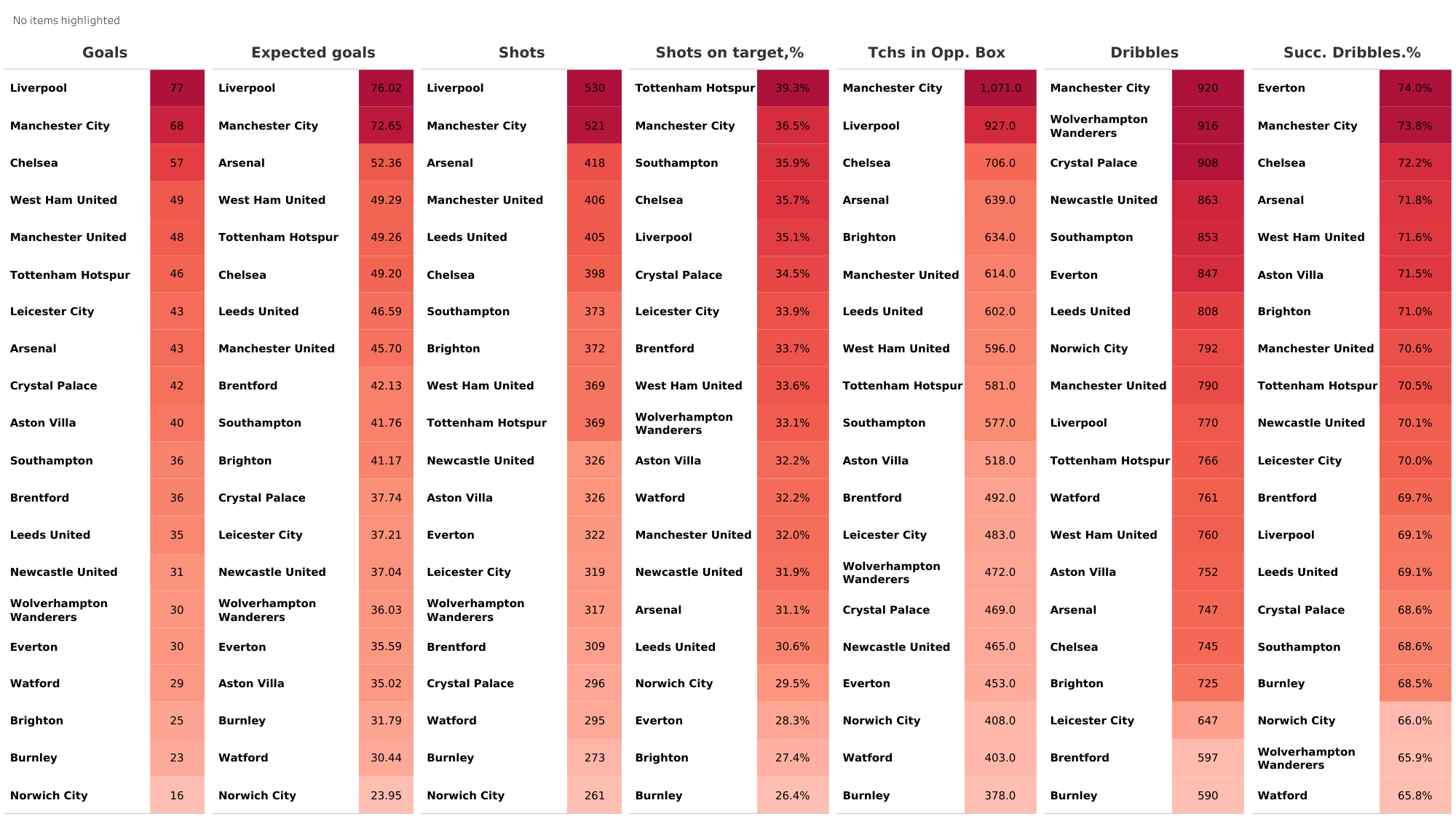 Both teams have dominated in the Premier League this season as well. The above visual shows us the attacking metrics for all the teams in the league, and it can be seen that Manchester City and Liverpool are clearly leading these tables. Liverpool have scored more goals than City, but City have more touches in the opposition’s penalty area. 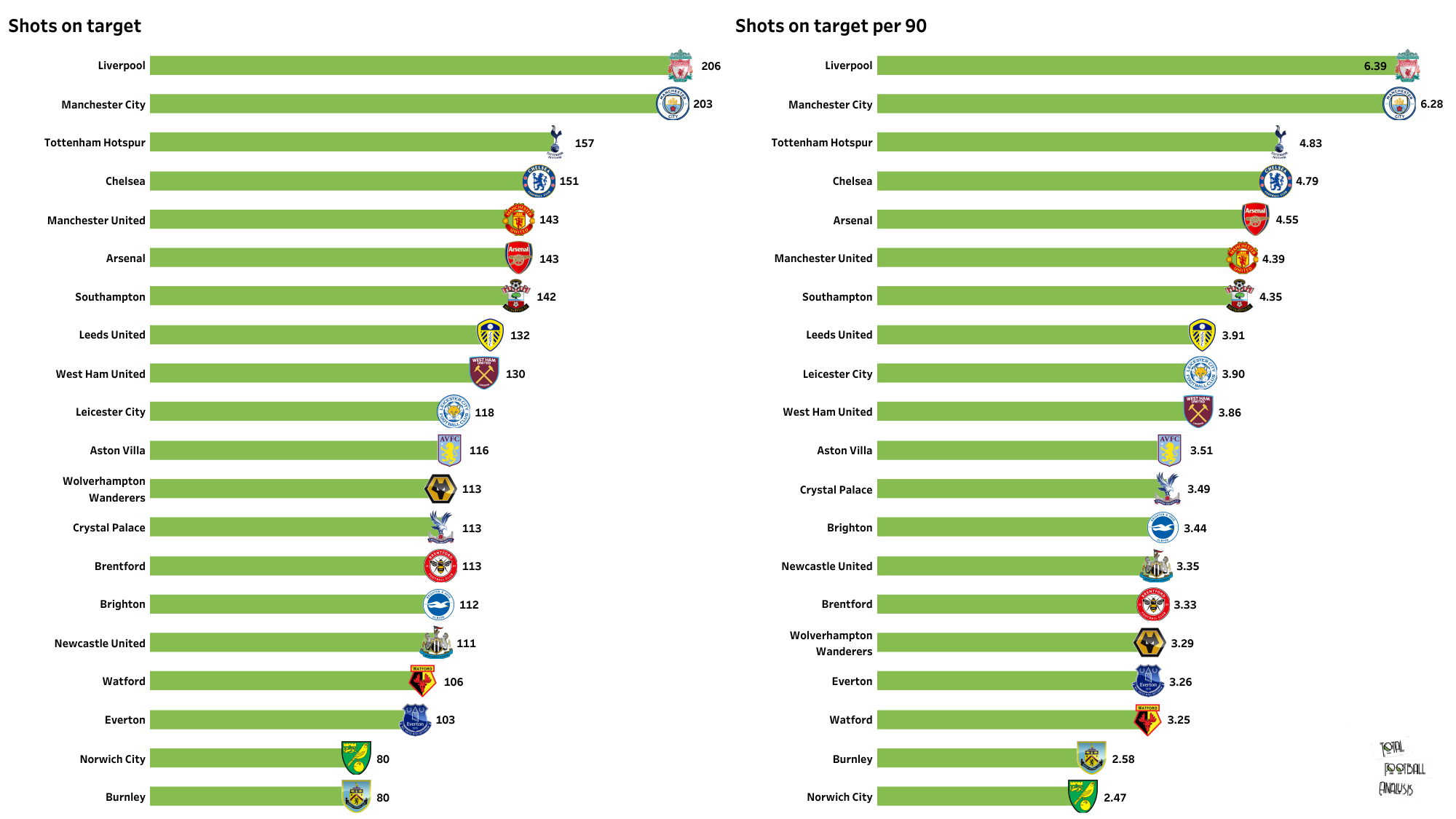 Ruben Dias will be a big absence in this match. The Portuguese international defender suffered a thigh injury towards the end of March, ruling him out for four to six weeks. Aymeric Laporte and John Stones will form a partnership at the back in his absence. Kyle Walker missed the 1-0 win over Atletico Madrid, as he served the third and final game of a three-match Champions League ban, and his return should see Joao Cancelo return to left-back. Ilkay Gundogan is set to keep his place in midfield alongside Rodri and Kevin De Bruyne, but he might face competition from Bernardo Silva. Riyad Mahrez and Raheem Sterling are options to feature with Phil Foden and Jack Grealish in the final third.

Ibrahima Konate, Sadio Mane, and Luis Diaz all scored to give the Reds a comfortable first-leg lead over Benfica, with Diaz clearly enjoying his return to rival Portuguese soil with a goal and an assist. Liverpool were not at their best against Watford at Anfield last Saturday, but they still won comfortably through Diogo Jota’s header and Fabinho’s superb penalty. 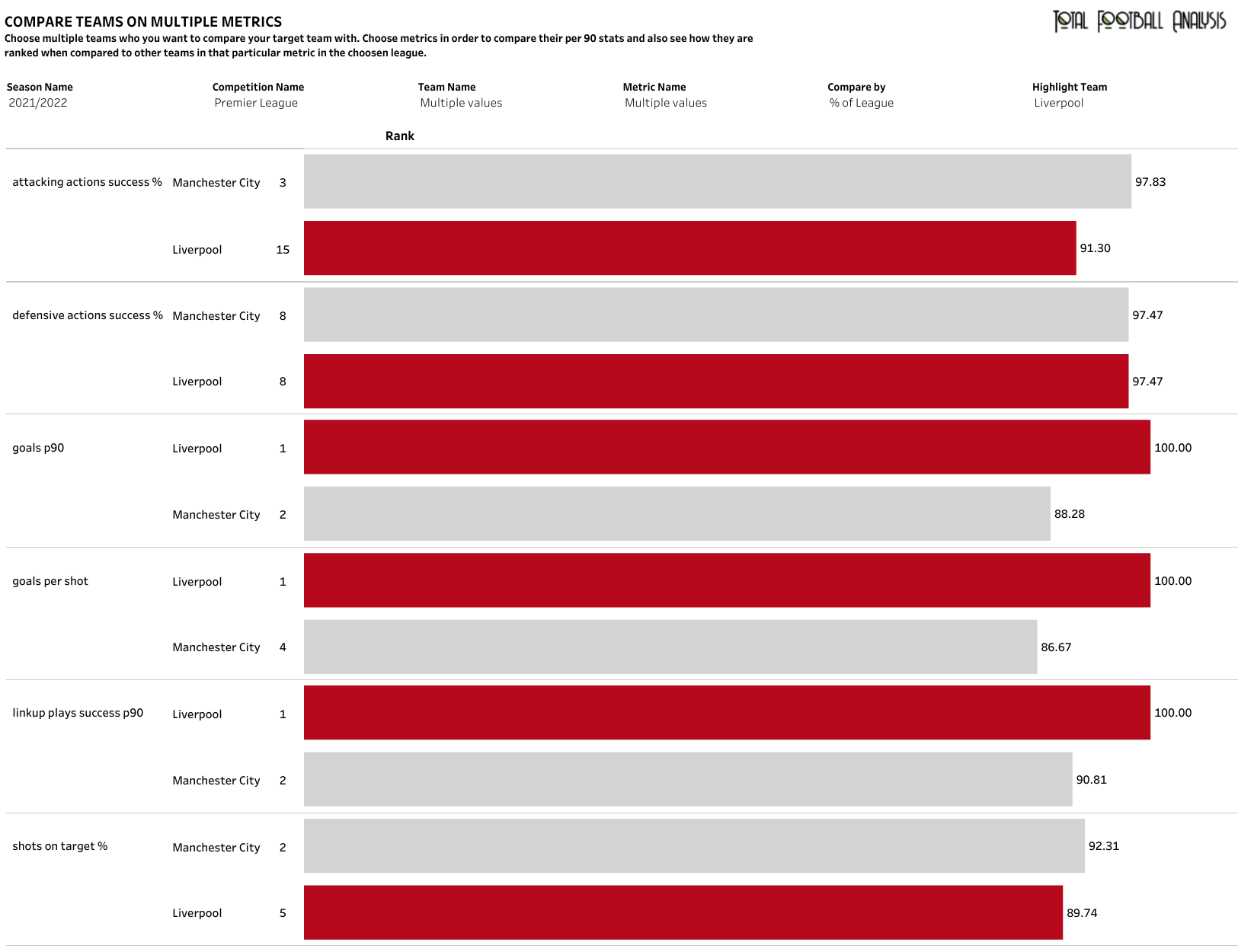 Klopp could make just one change to the side that started at the Estadio Da Luz on Tuesday night, with Joel Matip returning to partner Virgil van Dijk at the heart of the defence. That would see Naby Keita start alongside Fabinho and Thiago in the middle of the park, though Jordan Henderson is pushing to replace the former here. In attack, Klopp has plenty of options, with Roberto Firmino and Diogo Jota both featuring from the bench at Benfica. However, he should continue with Mohamed Salah and Luis Diaz on either side of Sadio Mane.

Under the microscope: How this attacker’s form has cost him a...