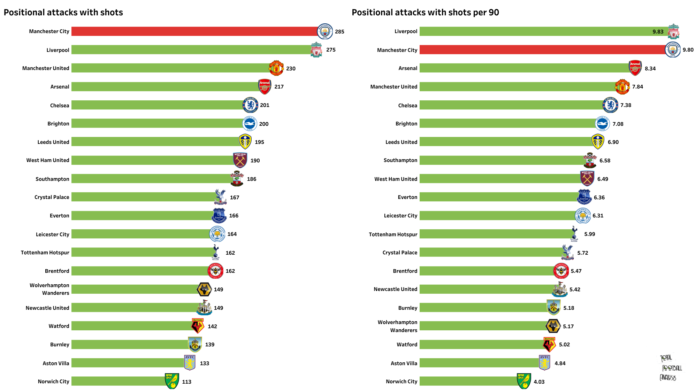 It is derby time again in Manchester as Manchester United visit the Etihad Stadium to face table-toppers Manchester City in the Premier League. Manchester City are enjoying their position at the top of the table, while United are struggling to get results and are fighting for a spot in the top four.

Manchester City booked their spot in the quarter-finals of the FA Cup after a convincing win over Peterborough United in the fifth round. Peterborough did give Manchester City a few scares in the first half, but goals from Riyad Mahrez and Jack Grealish in the second half did the deal for the Cityzens. Pep Guardiola’s side suffered a 2-3 home defeat to Tottenham Hotspur in the Premier League before their game against Everton but were back to winning ways at Goodison Park on Saturday, beating Everton, thanks to the 82nd-minute effort from Phil Foden. Manchester City are on 66 points from 27 games and have a six-point lead over second-placed Liverpool, who still have a game in hand. 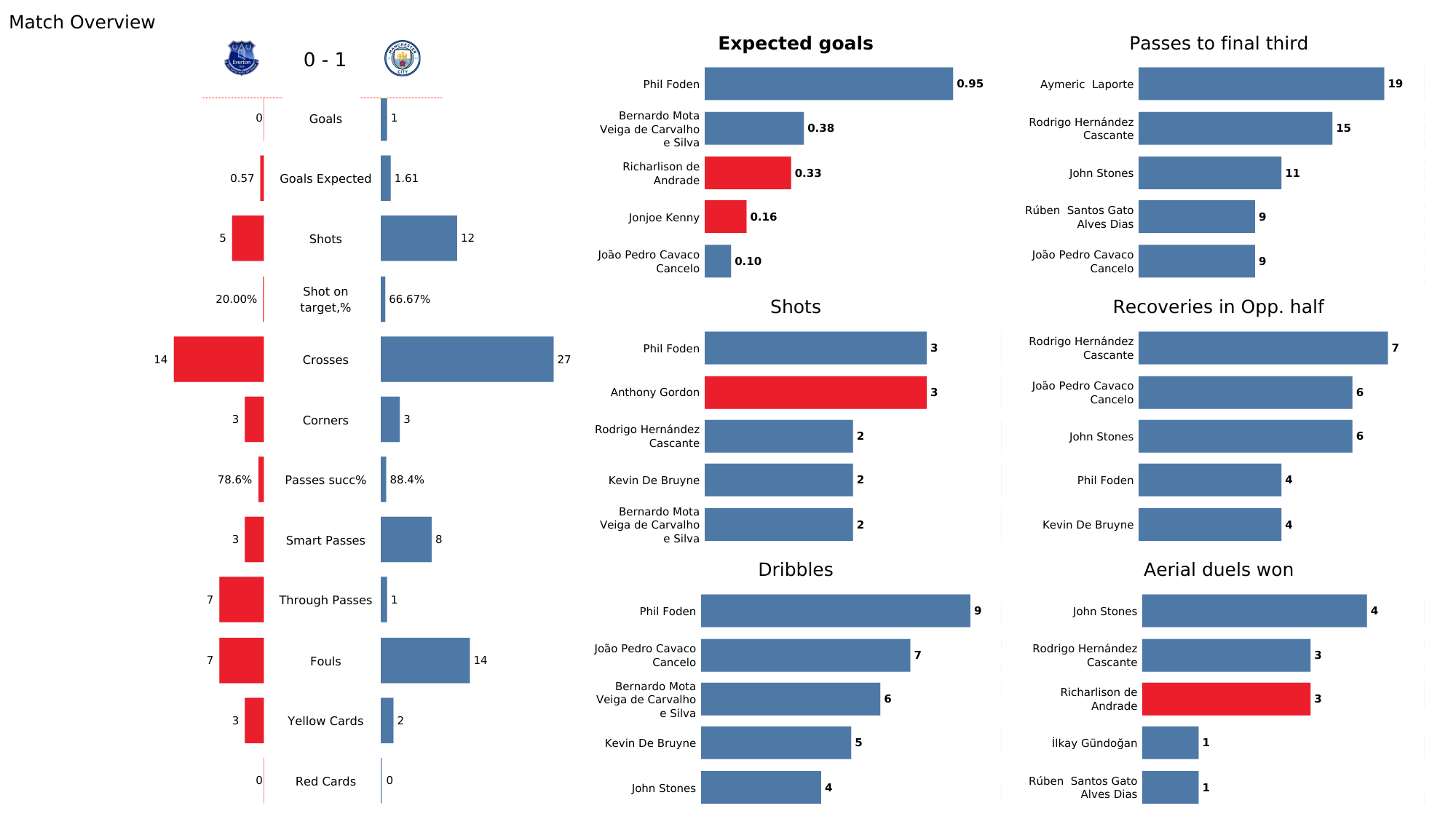 The above visual indicates how Manchester City dominated the game against Everton as most of the metrics are covered by the Manchester City players. They had 12 shots on goal, with 66% of their shots on target. Jordan Pickford did well to keep out most of the efforts, but Phil Foden scored the match-winner and secured all three points for the Cityzens. City also got lucky when a possible handball was not ruled as a penalty, which became a controversial issue after the game ended. 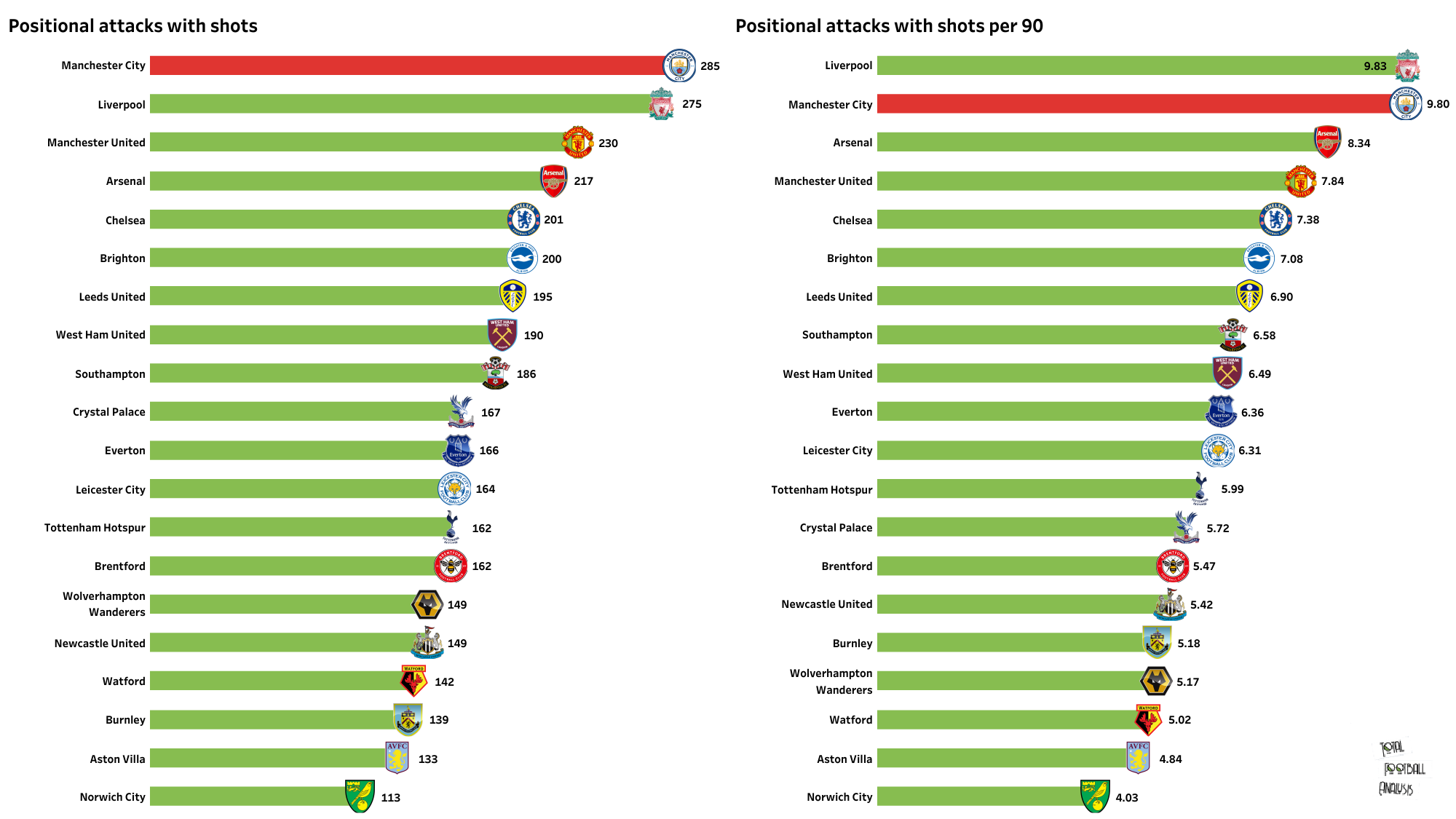 Manchester United were held to a 0-0 stalemate by Watford in the Premier League on Saturday, leaving them to regret plenty of missed chances. United played well from start to finish, but Ronaldo, Fernandes and Elanga all missed golden chances. The 0-0 draw at Old Trafford dented their hopes of a top-four finish, particularly ahead of a run of league games against Manchester City, Tottenham, and Liverpool in the next three weeks. The point extends Man United’s unbeaten run to eight matches and keeps them fourth on 47 points, two above Arsenal, who have three matches in hand. 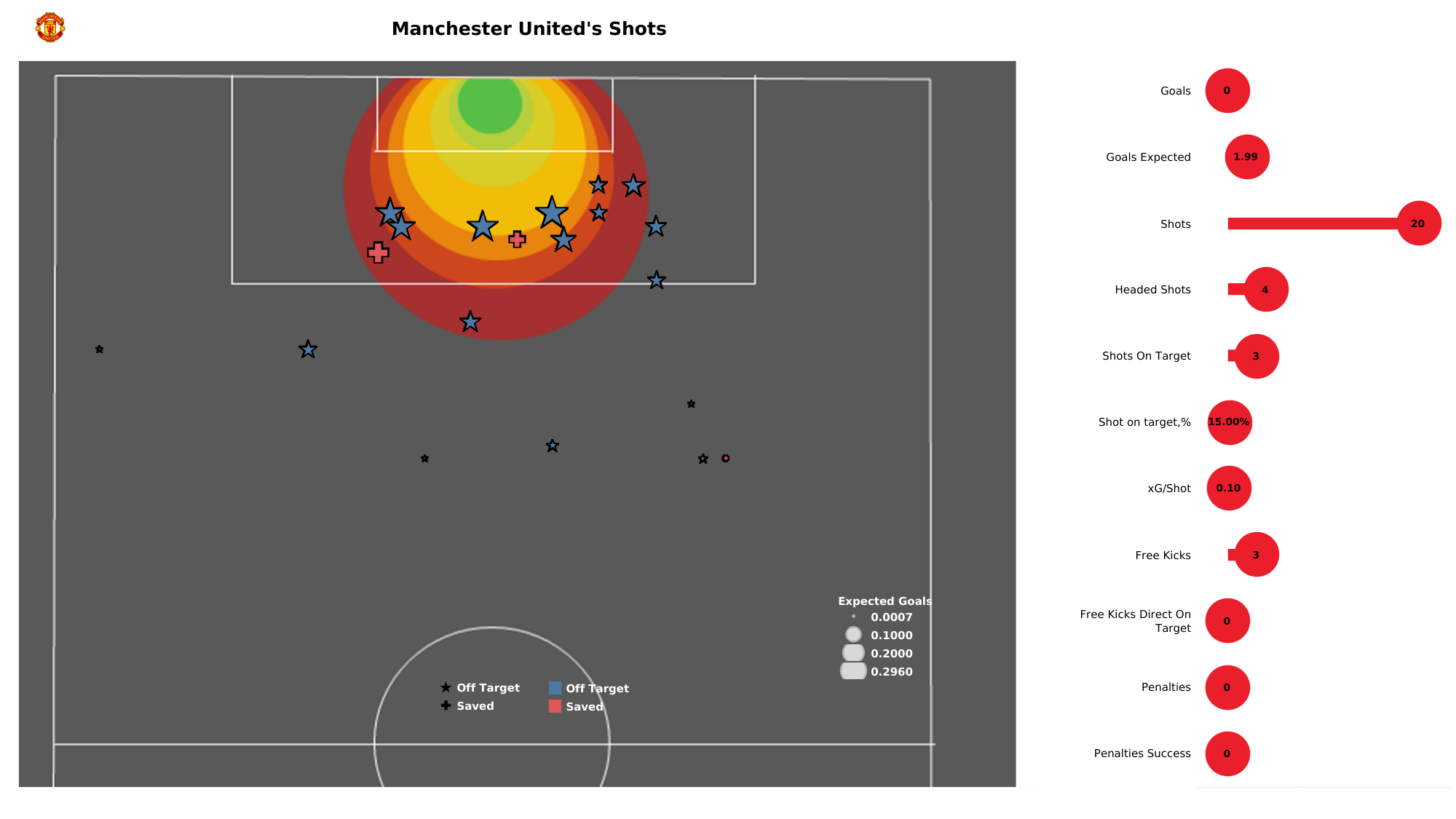 Manchester United had 67% possession and 20 shots but could not find a way past a Watford side who have kept three clean sheets in six matches under Roy Hodgson. Cristiano Ronaldo hit the post five minutes before Bruno Fernandes had two chances denied by a superb Ben Foster save, who headed over Ronaldo’s cross. In the second half, Anthony Elanga shot wide after a brilliant build-up play, including a Paul Pogba flick, while Ronaldo had a shot blocked. United were wasteful with the chances they created, and the clustered stars in the above visual show us the number of shots they failed to keep on target.

Manchester City will be looking to maintain their lead at the top of the table and not give Liverpool any chances to come close to them. United, on the other hand, have West Ham and Arsenal breathing down their neck in the pursuit for a spot in the top four of the Premier League and will be looking to secure all three points.

Under the microscope: False Nine Foden – The youngster’s best position...