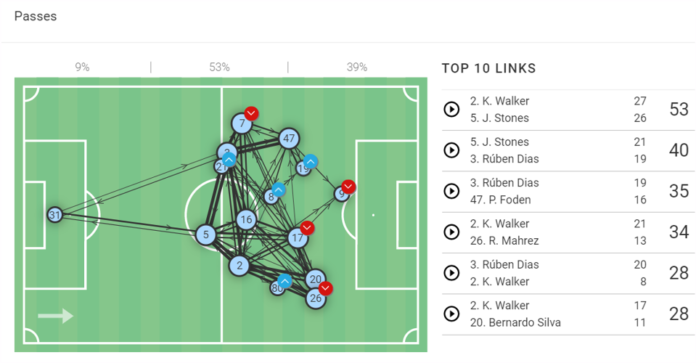 Manchester City play host to Nottingham Forest in the English Premier League. These two will meet each other in the league for the first time in over two decades. Manchester City are the team in form after making a comeback from a two-goal deficit and winning the match 4-2 against Crystal Palace. Nottingham Forest also had a decent start after earning four points in their first four games. They have spent a lot of money in the transfer window as they aim to stay up in the English Premier League.

Manchester City have ten points in four games. They have scored 13 goals with an average xG rate of 2.44. The defence has been a bit leaky as Pep’s men have conceded five goals with an xGA rate of 0.83. These five goals have been conceded in the last two matches. Pep’s men average 74.5% possession and 91.7% passing accuracy rate. They will once again be favourites to show dominance on the ball.

Nottingham Forest suffered their second loss of the season after a 0-2 loss to Spurs. They have scored two goals in the top flight so far with an average xG rate of 1.18. Their defence has conceded five goals with a high xGA rate of 2.9. They average 46.3% ball possession and have an 80.4% passing accuracy rate. This game won’t be easy for them as City won’t allow them to keep hold of the ball.

We take a look at three things that could happen in this encounter based on the stats.

Manchester City on the attack 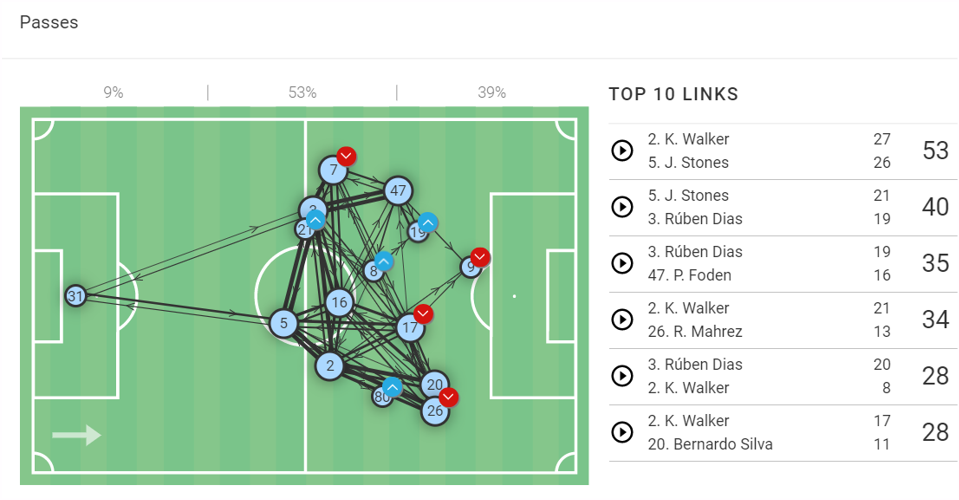 Manchester City will be the more attacking team in this match as Pep Guardiola’s team likes to dominate possession inside the attacking half. The above viz shows the passing links and the average position of Manchester City players in the last game. It can be observed that they created most of the chances from the right side. This usually happens when Riyad Mahrez is on the field. Bernardo Silva drifts to the right, and Kevin de Bruyne plays the number ten role. If Mahrez misses the coming game, then Silva will play on the right and İlkay Gündoğan will come into the team and join the attack from the left side, supporting Phil Foden.

City’s threat inside the penalty box 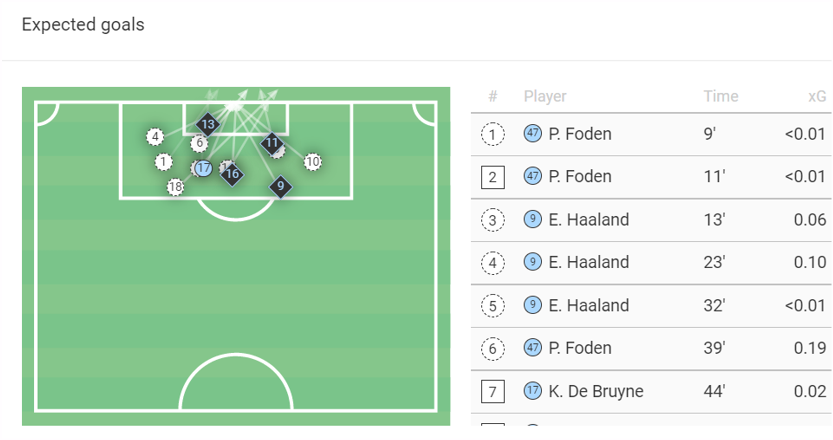 Manchester City average 37.25 positional attacks in four matches with nine shot attempts from these attacks. Overall, the shot average is 17.75 with a 35% shot accuracy rate. One of the reasons Manchester City have managed to score so many goals is their ability to take shots from inside the penalty box. City players try to play the ball into the penalty box from crosses and simple passes. In the last match, City players attempted all their shots from inside the penalty box. They will once again try to flood inside Forests’ penalty box. 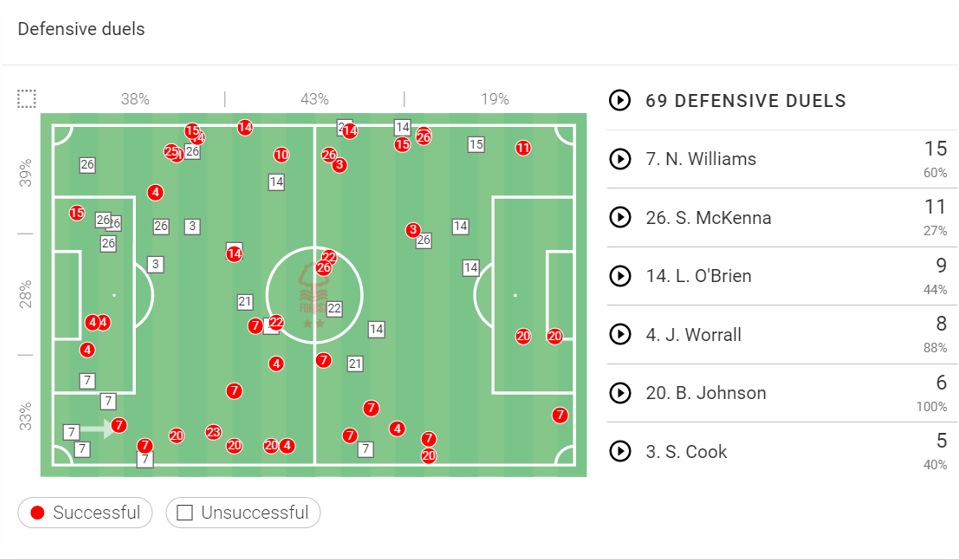 Nottingham Forest players will have to be on their toes in this game. They have averaged 207 duels this season with a 45.5% success rate. Forest have won 53.5% of their defensive duels and 43.8% of their aerial duels. The above viz shows that Forest players won most of their defensive duels on the flanks. In the match against City, they will have to win these duels in the defensive third and the middle of the field. They also average 88.5 recoveries and 43 interceptions. They will have to perform better than average in this game.

Pep Guardiola could make some changes to the starting XI and give rest to players like Bernardo Silva. Gündoğan is likely to start after coming off the bench in the last game. However, City will still be without Jack Grealish, Aymeric Laporte, and Kalvin Phillips for this game.

Nottingham Forest could make a few changes to their starting XI. They signed a lot of players in the transfer window, and this leaves Steve Cooper with a lot of options to start. Emmanuel Dennis could make his first start, and Jesse Lingard might be dropped from the playing XI. Renan Lodi will also be in contention to make his first appearance for the new club.

Manchester City will look to register another win this season and catch the league leaders. Their aim in this match will be to keep a clean sheet after conceding five goals in the last two games. Erling Haaland is in red-hot form and will be looking to add to his goal tally for the new club. Nottingham Forest will have a tough day and will be up against a very attacking side.

Transfer Analysis: Why should City push for key Benfica man as...