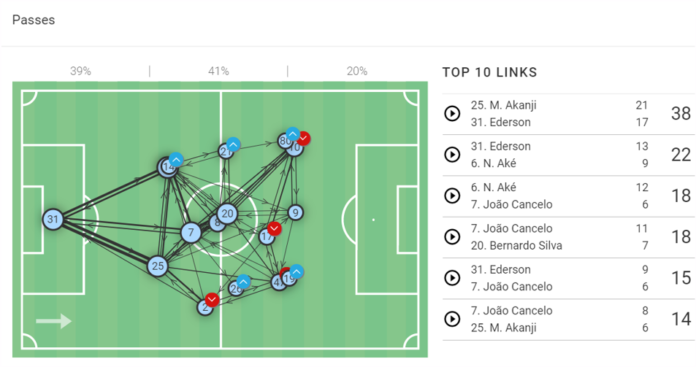 Manchester City are looking for their third consecutive win in the English Premier League when they face Southampton at the Etihad Stadium. The hosts earned a cracking 6-3 victory over Manchester United in the derby, and that was followed by a 5-0 win over FC Copenhagen in the UEFA Champions League. Southampton, on the other hand, are on a three-match losing streak and are struggling in the bottom half of the league table.

Southampton have scored eight goals and conceded 13 in total. They have won two, drawn one, and lost five matches this season. The Saints average 1.49 xG and 1.42 xGA per match. They will face a tough test this weekend. 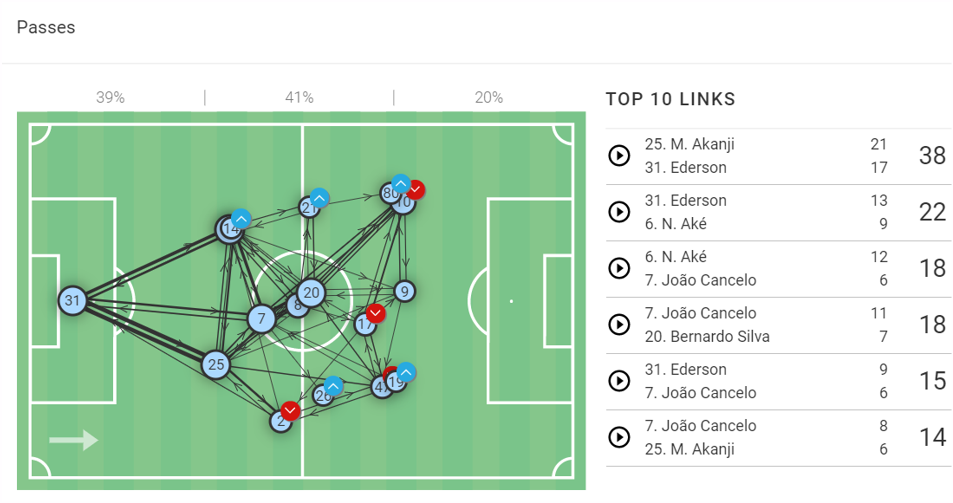 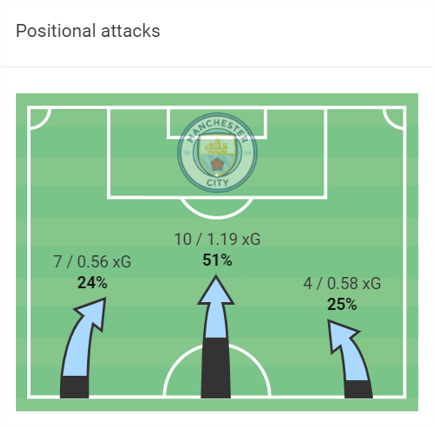 Manchester City averages 36.25 positional attacks per match, and their first-half average is 19.38 positional attacks. The stats are a bit similar in both halves. However, in the last match, the home team created 21 attacks in the first half and 13 in the second. They will once again stay on the attack from the start of the match. 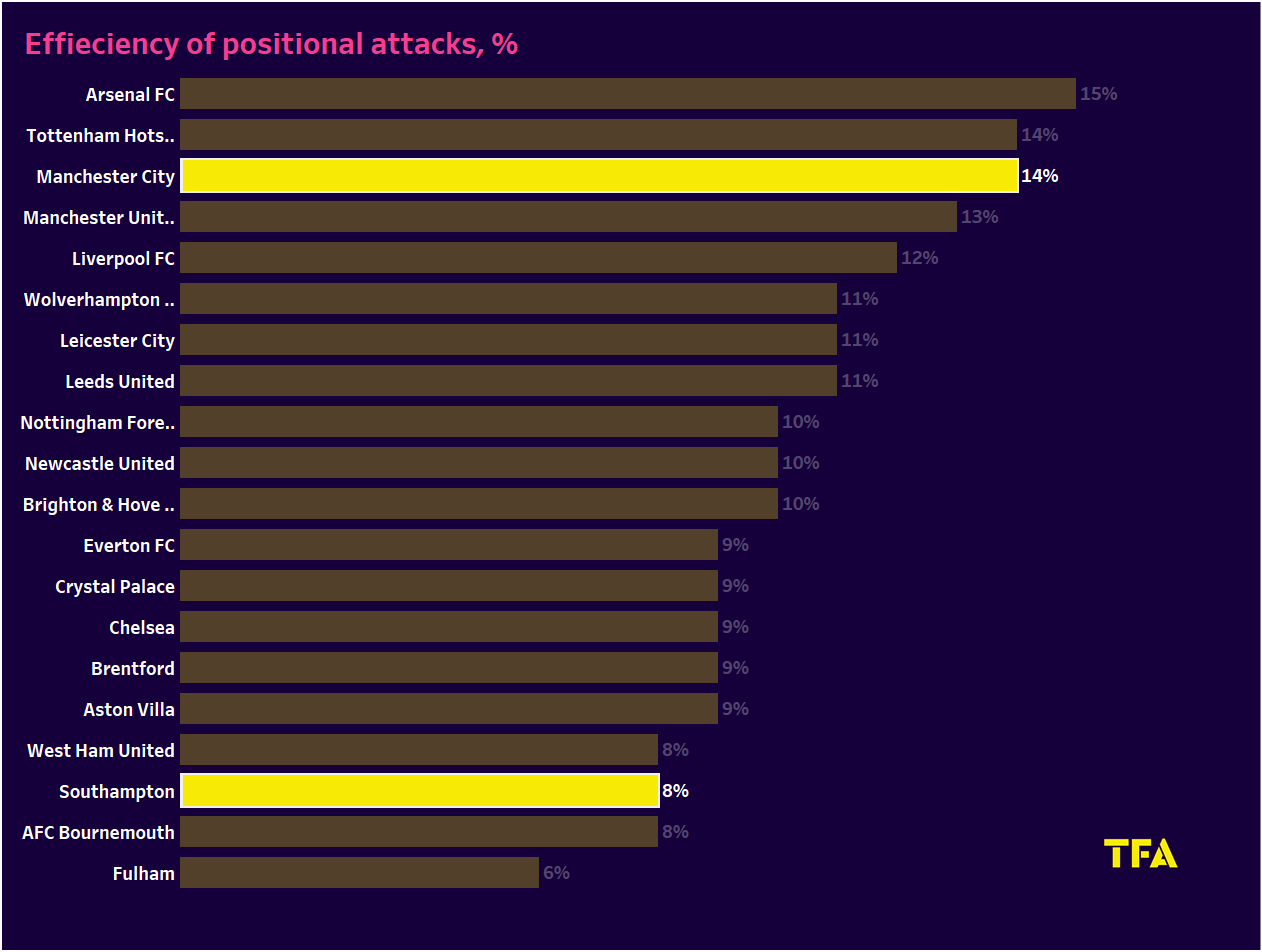 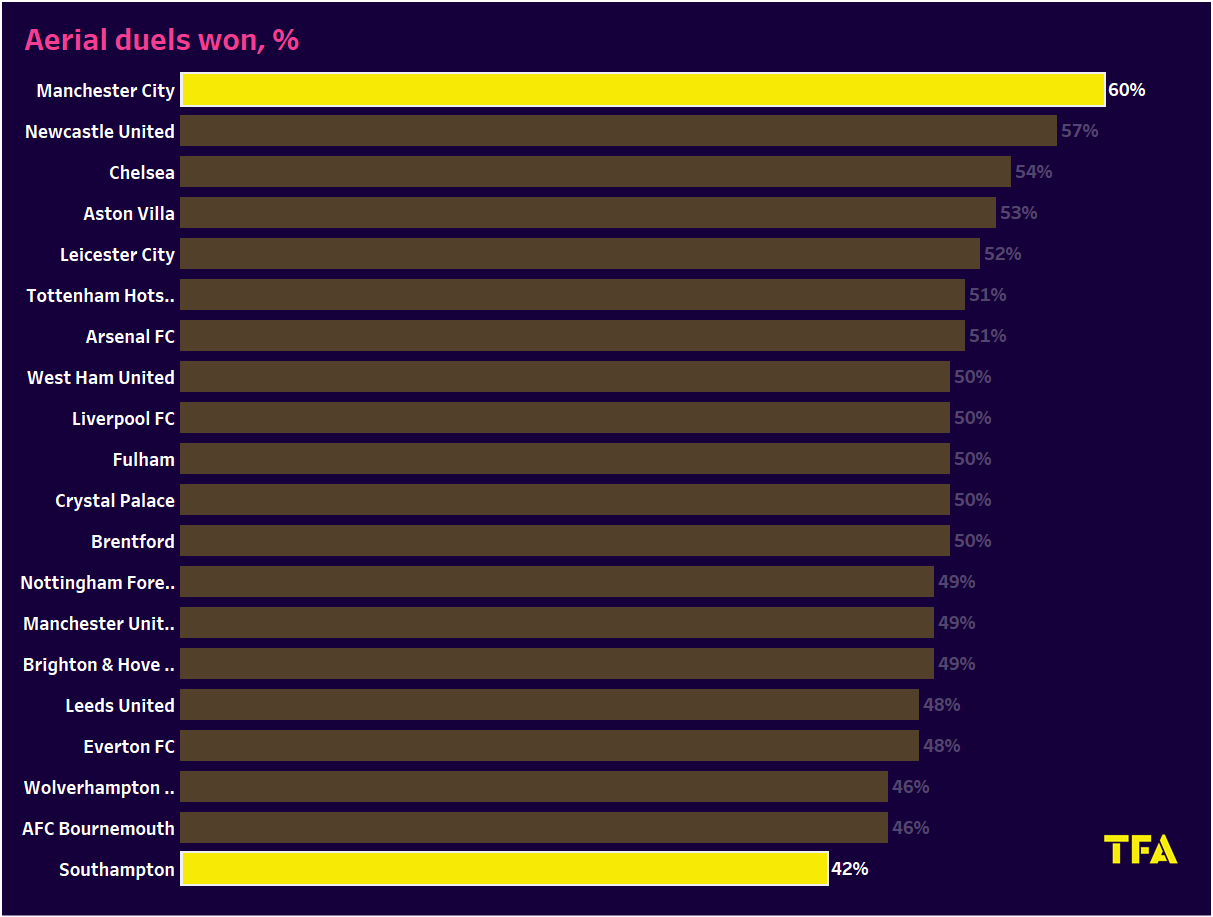 Manchester City might target the vulnerable defence of the Saints. Southampton have struggled in the air and their opponents have had quite the opposite form. Manchester City have the highest aerial duels win percentage, while their opponents are ranked at the bottom. The Saints have won 65% of the defensive duels and will have to keep their form in this game for the ground-level duels. Aerially, they will have a tough day clearing the ball into the penalty box. 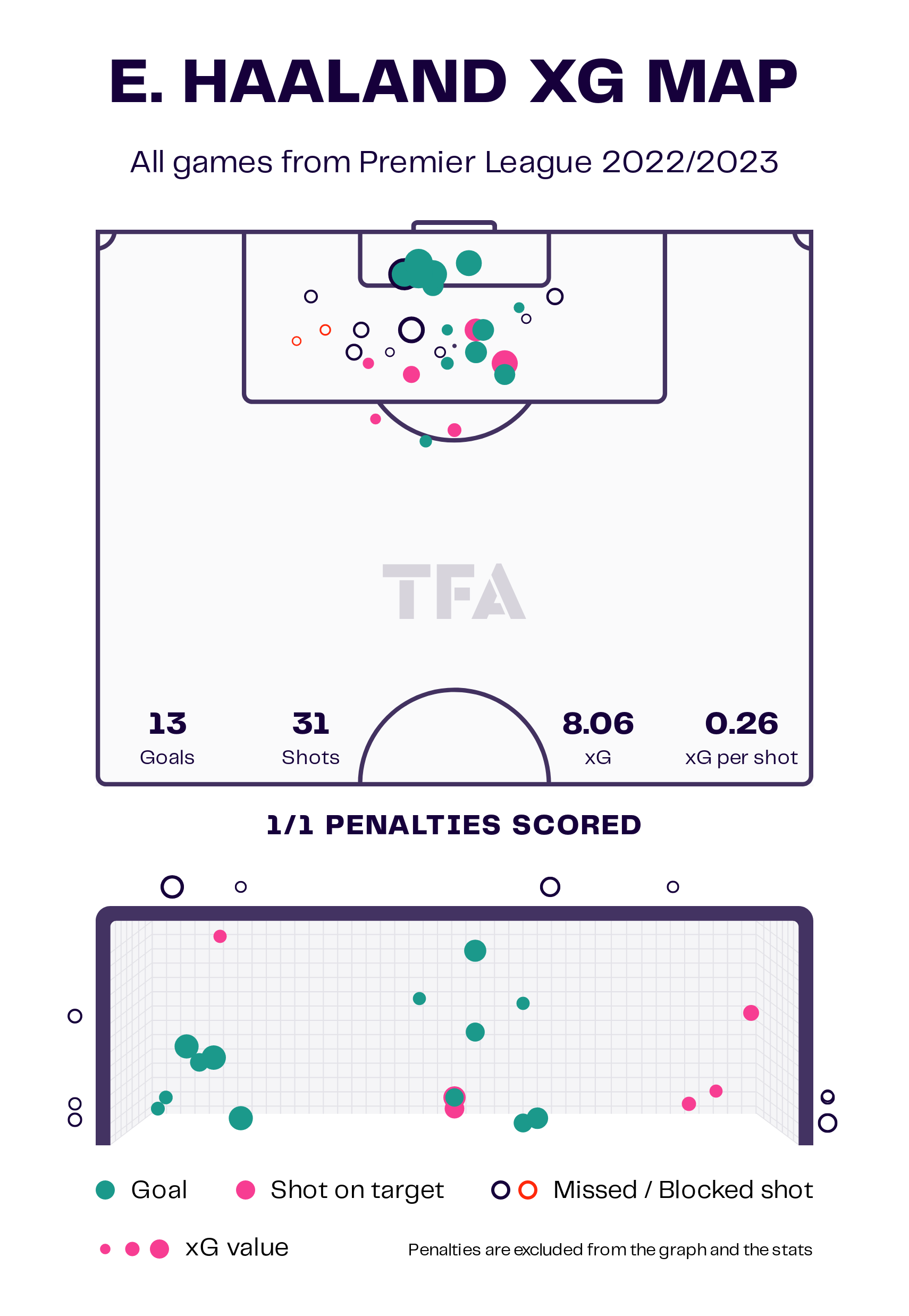 In his first Manchester Derby, Erling Haaland netted a hat-trick. He is now sitting on 14 goals and is looking to break more records. Currently, the Norwegian is on a run of three consecutive hat-tricks at home in the English Premier League. He will look to add more goals and extend his lead in the Golden Boot race. 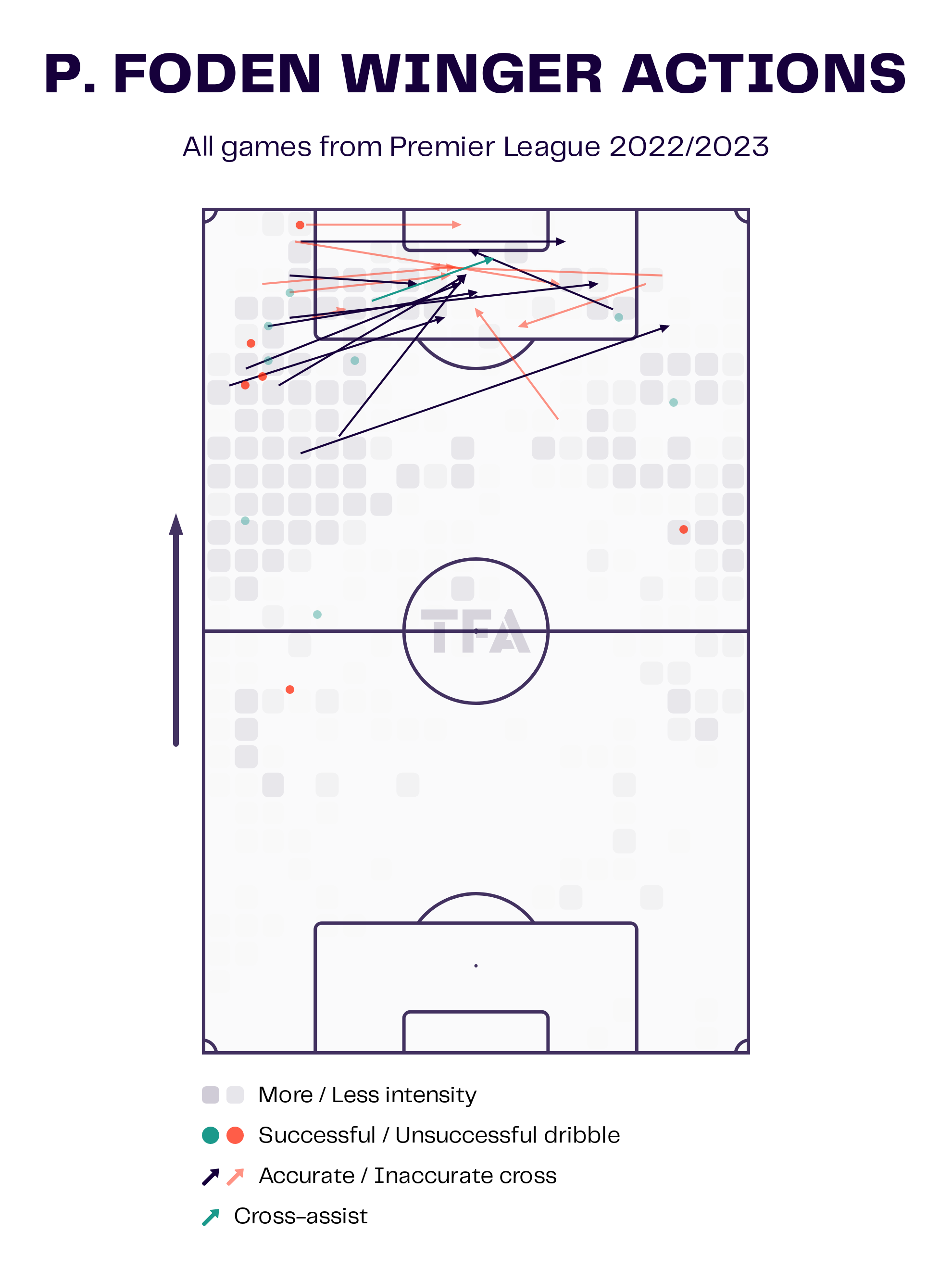 Phil Foden also bagged the first derby hat trick of his career. The youngster has now taken his goal-scoring tally to five goals and also has two assists to his name. He was on the bench against FC Copenhagen in midweek and is likely to start against the Saints. Phil Foden is likely to feature on the right side.

The home team will be without Kyle Walker, John Stones, and Kalvin Phillips for this match. Rodri is likely to return to the starting 11 after missing the last two games. Phil Foden will also look to start after a good performance against Manchester United.

Southampton have no new injury issues in the team.

Manchester City will look to pressurise Arsenal, who are facing Liverpool this weekend. They will be high on confidence after a good run of form. Southampton are sitting just above the relegation zone and will look to concede the minimum number of goals. Their defence will be tested in this match.

Pep’s plan: Why Manchester City might not feel the effects of...