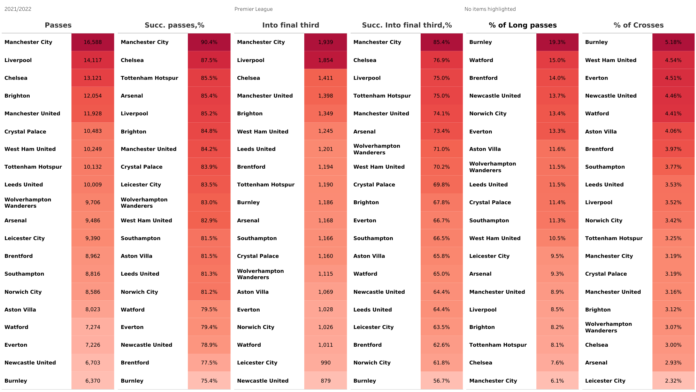 Manchester City will look to extend their lead at the top of the Premier League table when they host Tottenham Hotspur at the Etihad Stadium on Saturday evening. The Cityzens are currently nine points clear of second-placed Liverpool on the table, while Tottenham are in eighth position, seven points behind fourth-placed Manchester United. Guardiola’s men have won five of their last six matches in all competitions and have managed to keep four clean sheets during that period, while Tottenham have lost four of their last six fixtures, failing to score in three of those matches.

The Cityzens dismantled Sporting Lisbon by a 5-0 margin in the Champions League and will look to achieve a similar result this weekend. Man City are unbeaten in the league since the end of October, winning 14 of their last 15 matches, which is a staggering run of form at this level of football, and they have been defensively excellent for much of the campaign, conceding just 14 times, which is the best record in the division. 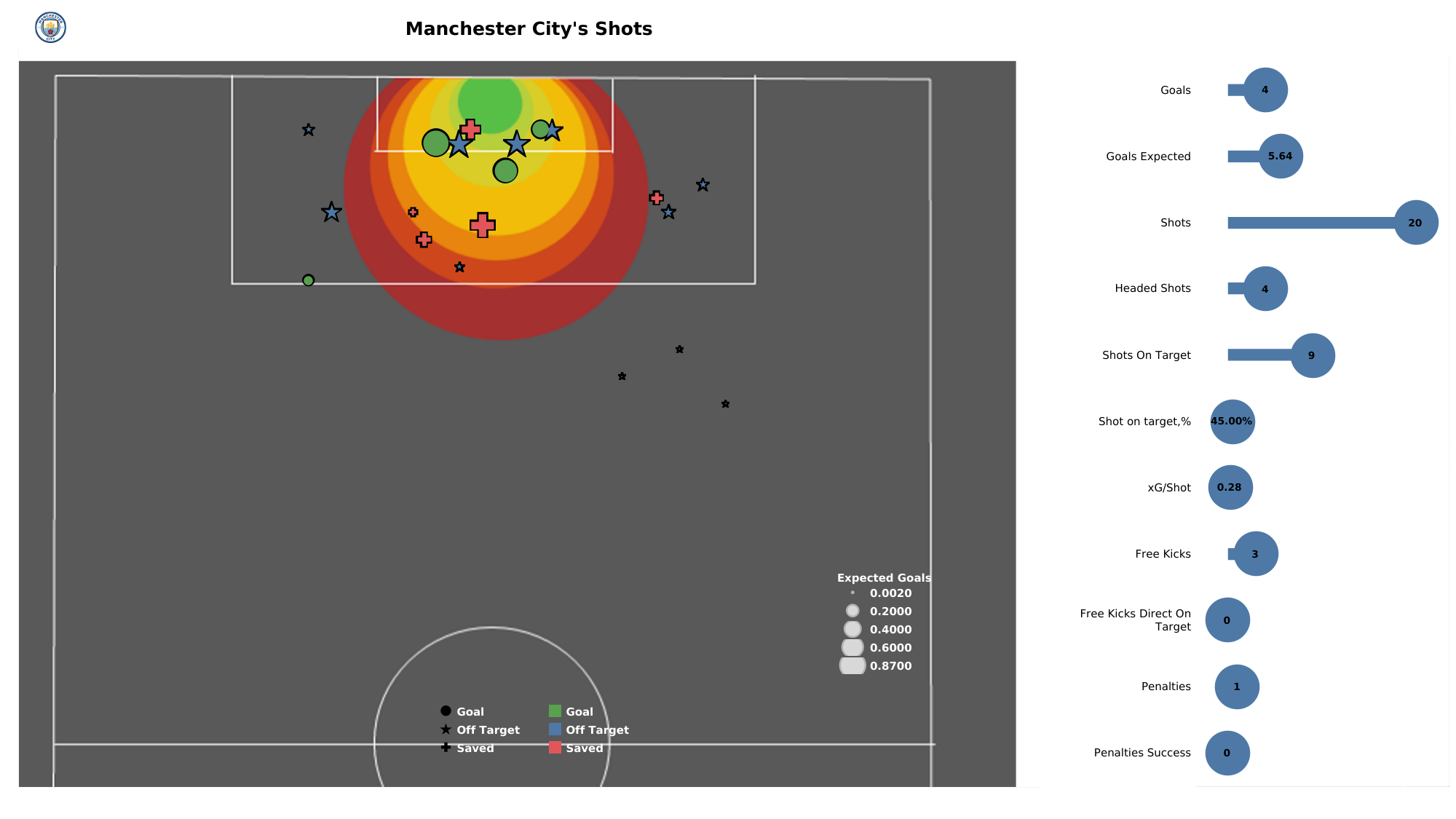 Manchester City also won their last Premier League game 4-0 against Norwich City, and the Cityzens have now scored 15 goals in their last four games in all competitions. Man City attempted a total of 20 shots on goal with nine shots on target. Raheem Sterling bagged a hat-trick for City as he helped City maintain their lead at the top. 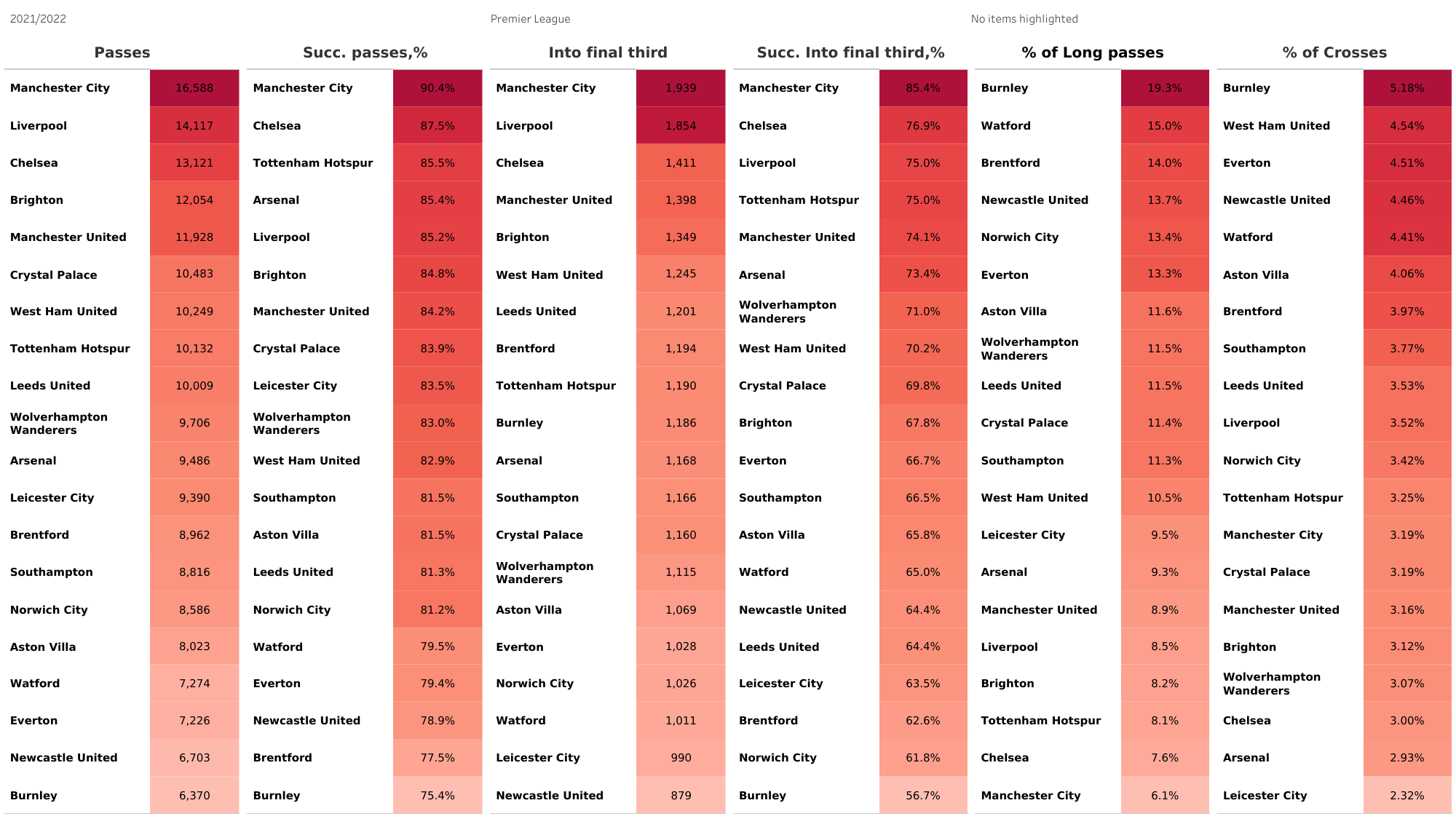 It is expected that Manchester City will most probably dominate possession and create several successful chances. The above visual indicates that City have the highest pass accuracy rate and also have the most successful passes into the final third. City test the patience of the opposition team by rotating the ball and dominating possession while trying to tire their opponents. Spurs, on the other hand, have attempted 1190 passes into the final third and have completed 75% of these passes.

Antonio Conte’s charges slumped to a shock 0-2 defeat against Wolverhampton Wanderers last week and cannot afford another debacle in this fixture. Three consecutive losses to Chelsea, Southampton, and Wolves have dropped them to eighth place in the league, with 11 wins, three draws, and eight losses in 22 games. Despite their recent struggles, they have three games in hand and may realistically contend for a top-four finish. 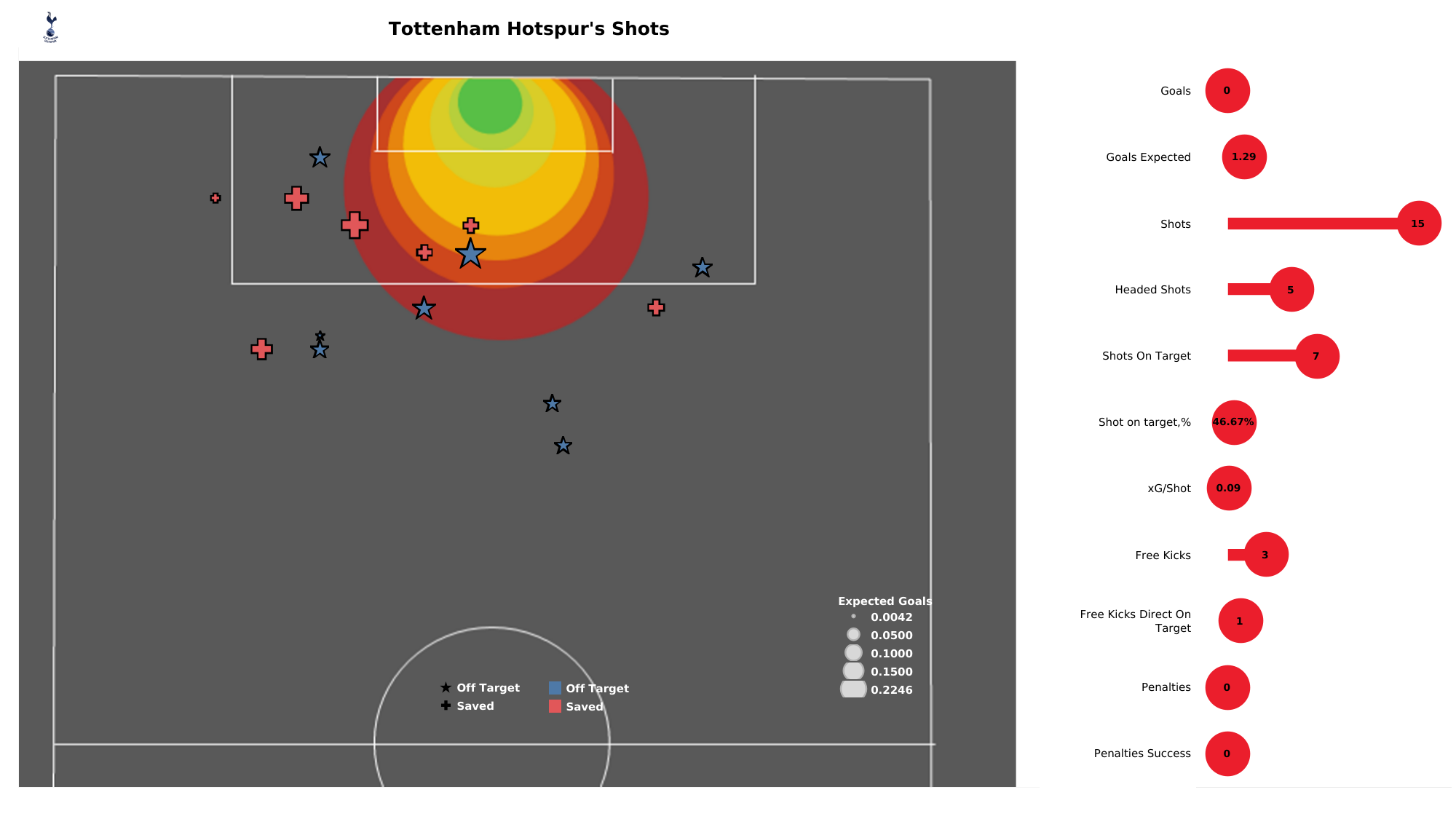 Antonio Conte’s men did create several chances in the final third against Wolves, but they were denied by the opposition keeper. They have been doing pretty well in the final third in terms of creating chances, but have failed to capitalize on these chances. They have scored only 28 times in the season. The major problem for Spurs has been their defense, as they have been letting in too many goals at the back. City have been in tremendous goal-scoring form, and holding them back is not going to be an easy job for the Spurs.

Manchester City have thrived in the Premier League this season, and they are now on an unbeaten streak. The Cityzens have already established a nine-point advantage over Liverpool and could take a huge step closer toward strengthening their hold at the top of the table.

Back three? How Man City could look without key defender

Manchester City Hyped Up for Manchester Derby Looking For All The...