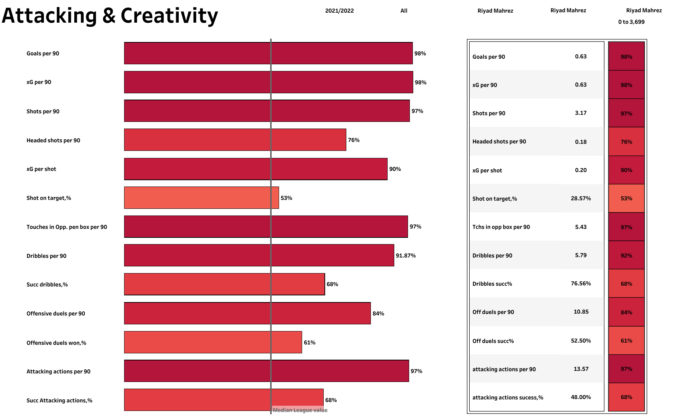 Manchester City are set to visit Carrow Road to face an in-form Norwich City on Saturday in the Premier League. The Canaries are unbeaten in their last four matches across all competitions, while the Cityzens last lost a game domestically back in October last year.

Norwich City are coming off a 1-1 draw against Crystal Palace in the Premier League. Norwich City’s early first-half goal by experienced Finnish striker, Teemu Pukki, was canceled out by Crystal Palace’s star attacker Wilfried Zaha’s second-half goal. Two important victories in January against fellow relegation candidates Everton and Watford were followed by a 1-1 draw at home against Crystal Palace on Wednesday night. Norwich City are currently 18th in the league on 17 points from 23 games, one point behind 17th-placed Newcastle United, who have a game in hand. 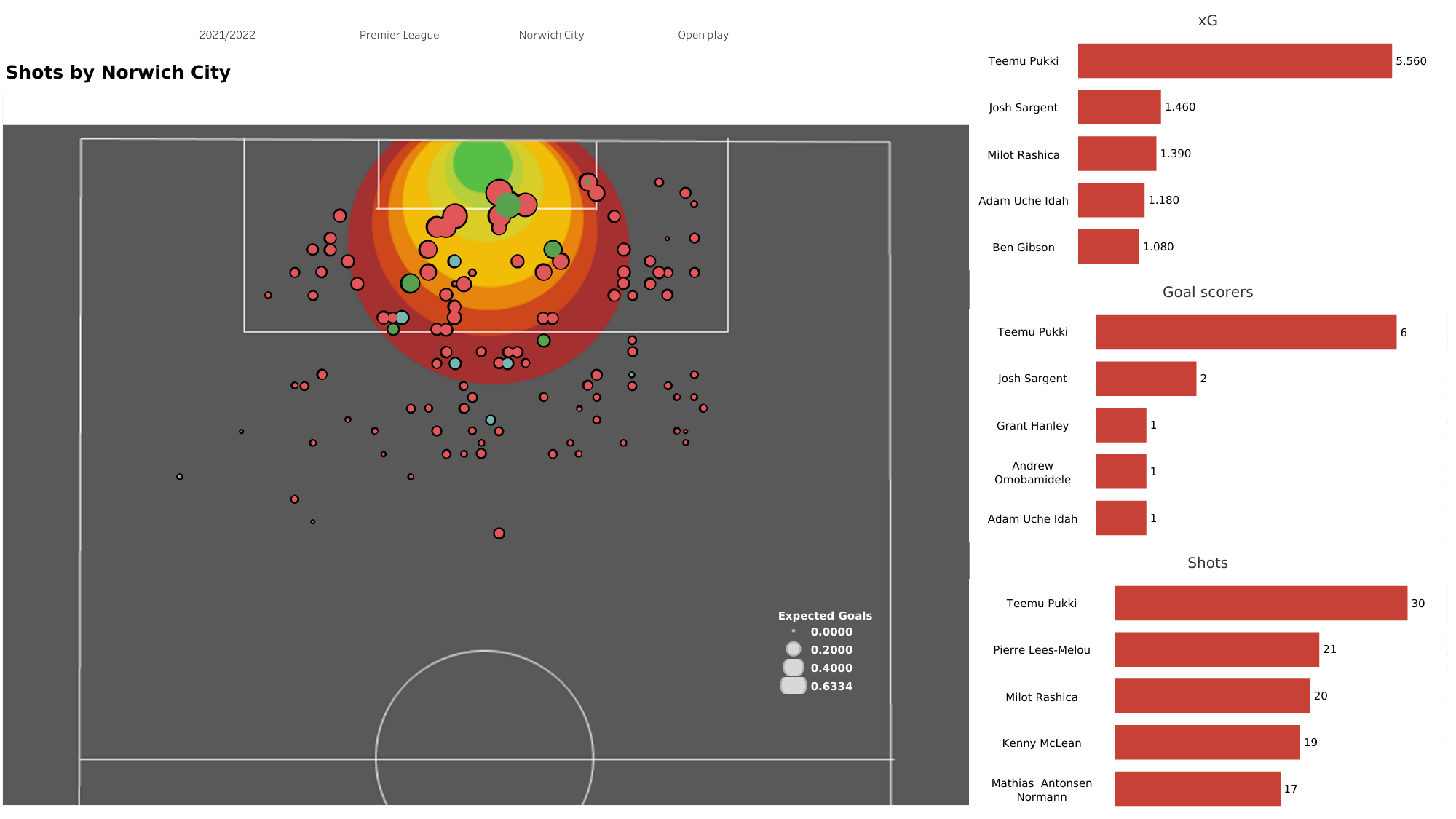 The above visual shows us the shot map for Norwich City from the 21/22 season. They have attempted198 shots, with 61 being on target. Teemu Pukki has generated the highest xG for Norwich and is also their highest scorer with six goals. He has attempted 30 shots, with a 40% of his shots on target. He will be the biggest threat to Man City’s defense. 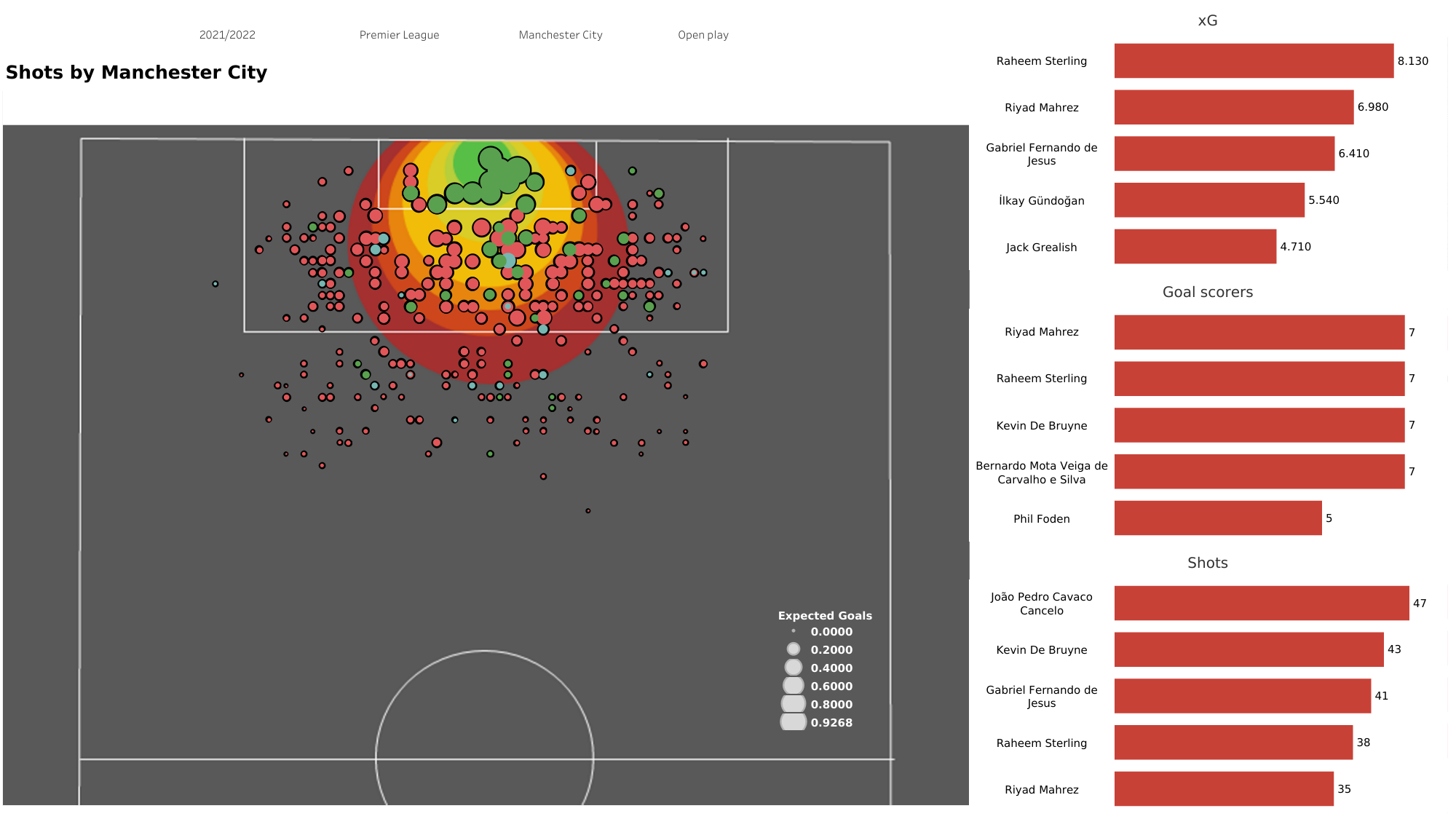 Manchester City have attempted a total of 409 shots on goal with 161 shots on target. They have the most number of shots on target in the league. Cancelo has the most number of shots for City, with Sterling generating the highest overall xG. Despite playing as a full-back for City this season, Joao Cancelo has the most shots on goal and has been one of the best players for City this season. City have four players who have scored seven goals this season in the league. This indicates the number of attacking options they have and each player has been performing well for the team. 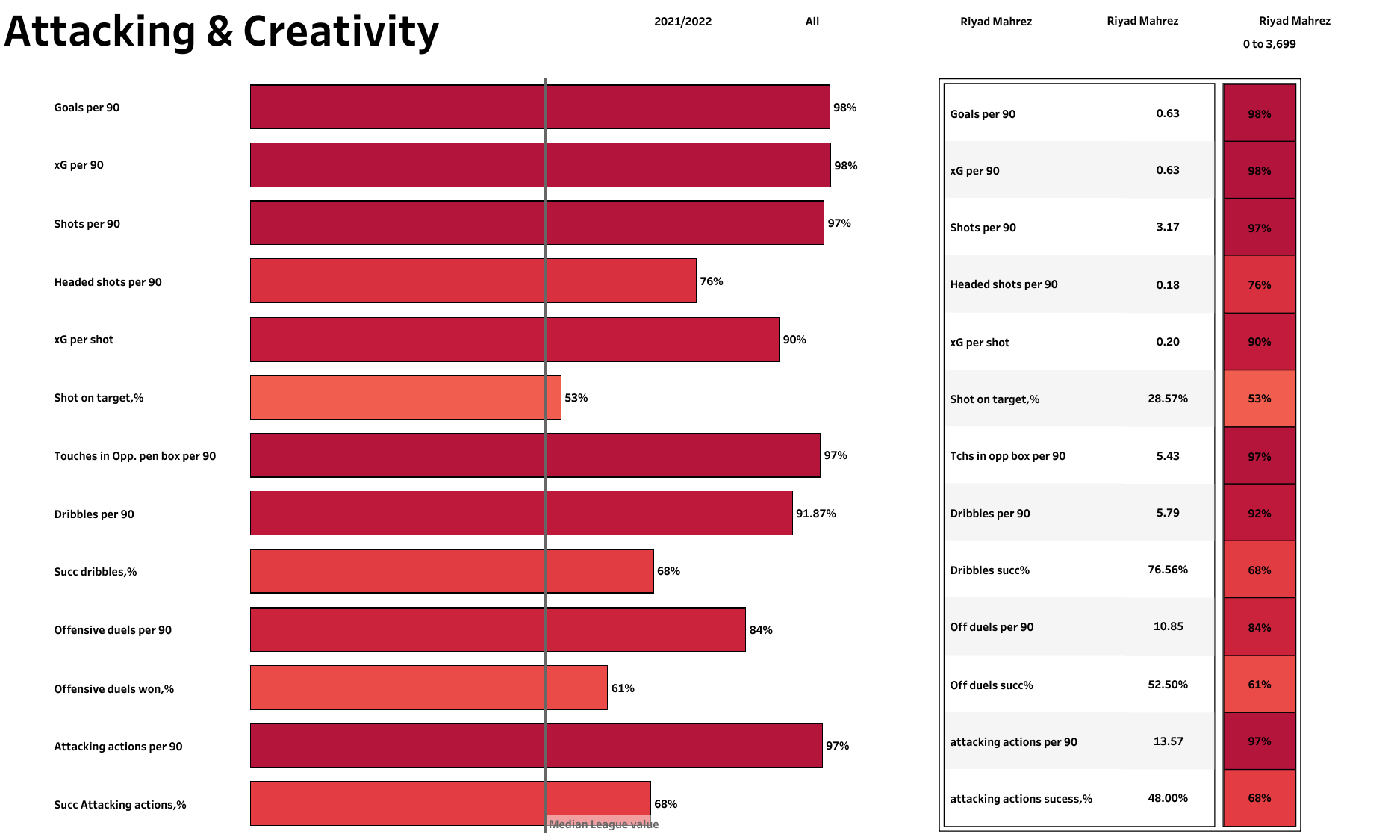 Riyad Mahrez has come back into the City team from the AFCON and has scored three goals in two consecutive games. He is one of the most vital players for City and has made the right wide forward position his own. The above visual indicates his attacking metrics have been significantly better than the median league value, and he will be a huge threat in the final third.

After losing 1-0 away at Tottenham Hotspur on the opening day of the season, Man City head to Carrow Road unbeaten in their last 11 Premier League games on the road, and they currently have the best away record in the division, accumulating 29 points from their 12 matches.

Norwich could move out of the Premier League’s relegation zone this weekend if they can find a way to beat Man City at Carrow Road. Man City are flying right now and are expected to secure three comfortable points against a struggling Norwich side.

Has Pep Guardiola’s time at Man City been a success?

Under the microscope: The resurgence of the Aymeric Laporte into Pep’s...