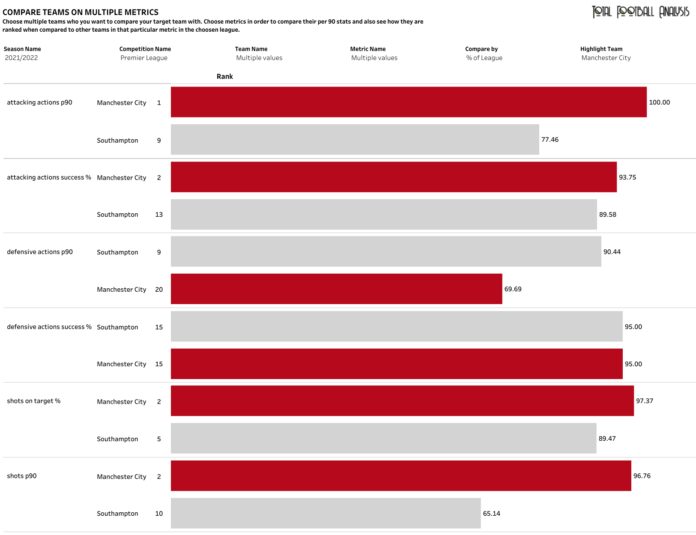 Premier League leaders Manchester City will be looking to claim their 13th consecutive league victory when they face Southampton at the Mary’s Stadium on Saturday evening.

Southampton are currently in 12th place in the Premier League standings and have not been at their best so far this season. The Saints suffered a 1-3 defeat against Wolverhampton Wanderers last week and will need to bounce back in this fixture. Manchester City, on the other hand, have been in astonishing form and recorded their 12th consecutive victory with a 1-0 win over Chelsea to gain a 12 point cushion over the Blues.

Southampton’s five-game unbeaten run across all competitions came to an end last weekend when they were beaten 1-3 away at Wolverhampton Wanderers. After Raul Jimenez and Conor Coady put the hosts two goals in front, set-piece king James Ward-Prowse scored an astonishing 35-yard free-kick six minutes from time to give the Saints hope of a comeback. However, Wolves managed to restore their two-goal cushion and claim all three points when Adama Traore netted in stoppage time. 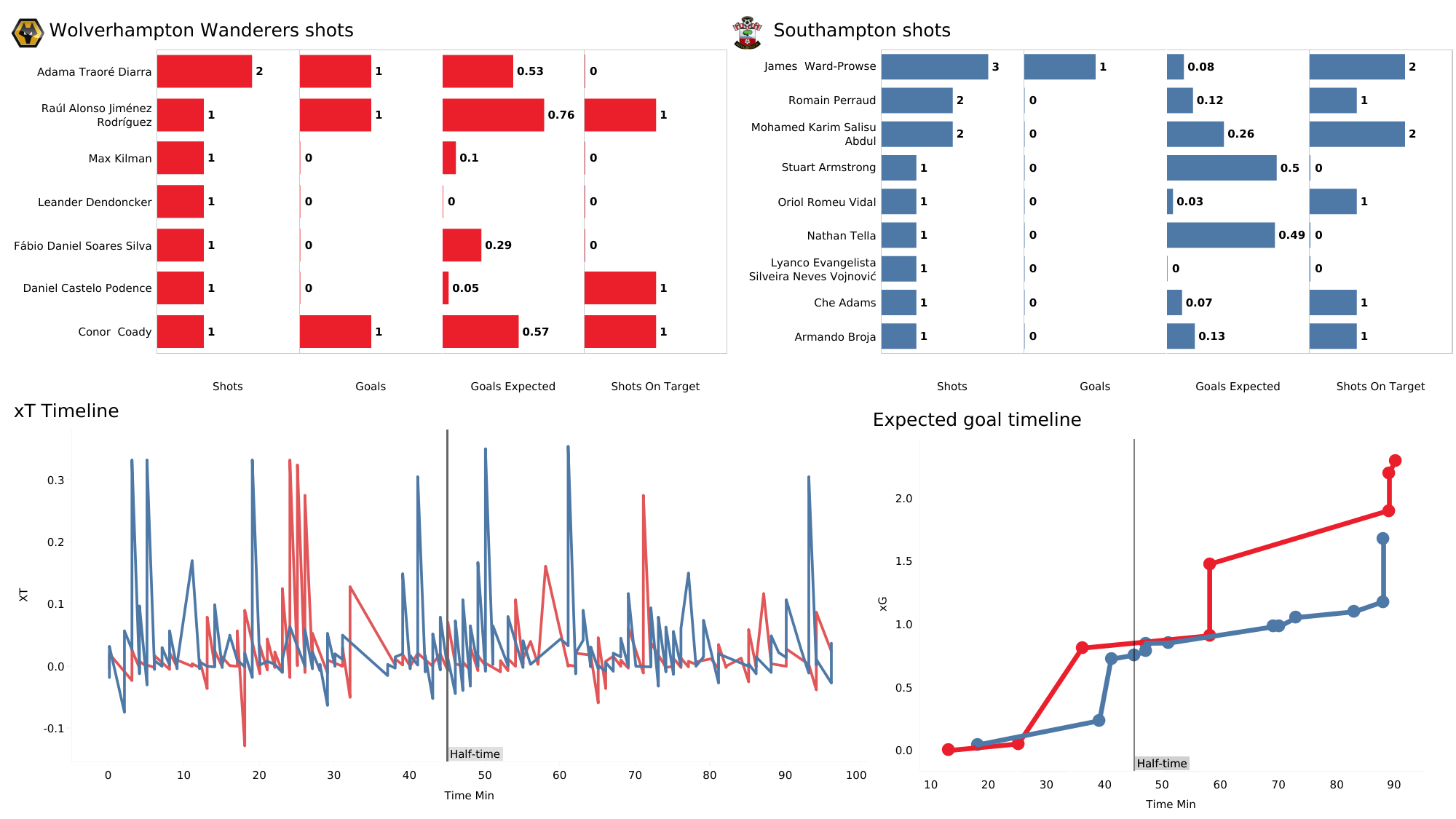 The xT timeline from Southampton’s previous clash indicates that they created several chances throughout the game and also had more goal attempts. But the Saints failed to capitalize on these opportunities. The result saw Ralph Hasenhuttl’s men slip to 12th in the table, 11 points clear of the relegation zone. They are a huge threat from set-pieces and will try to break the City defense from such situations. The Saints, who played out a goalless draw at the Etihad Stadium earlier this season, could move into the top 10 if they were to secure all three points on home turf.

Manchester City are at the top of the league table at the moment and have been brilliant under Pep Guardiola this season. The Cityzens edged Chelsea to a crucial 1-0 victory in their previous game and will be confident ahead of this match. Kevin De Bruyne haunted his former club with the decisive strike in the 70th minute to seal all three points for the Cityzens, who now sit 11 points clear of Liverpool in second place, having played a game more. 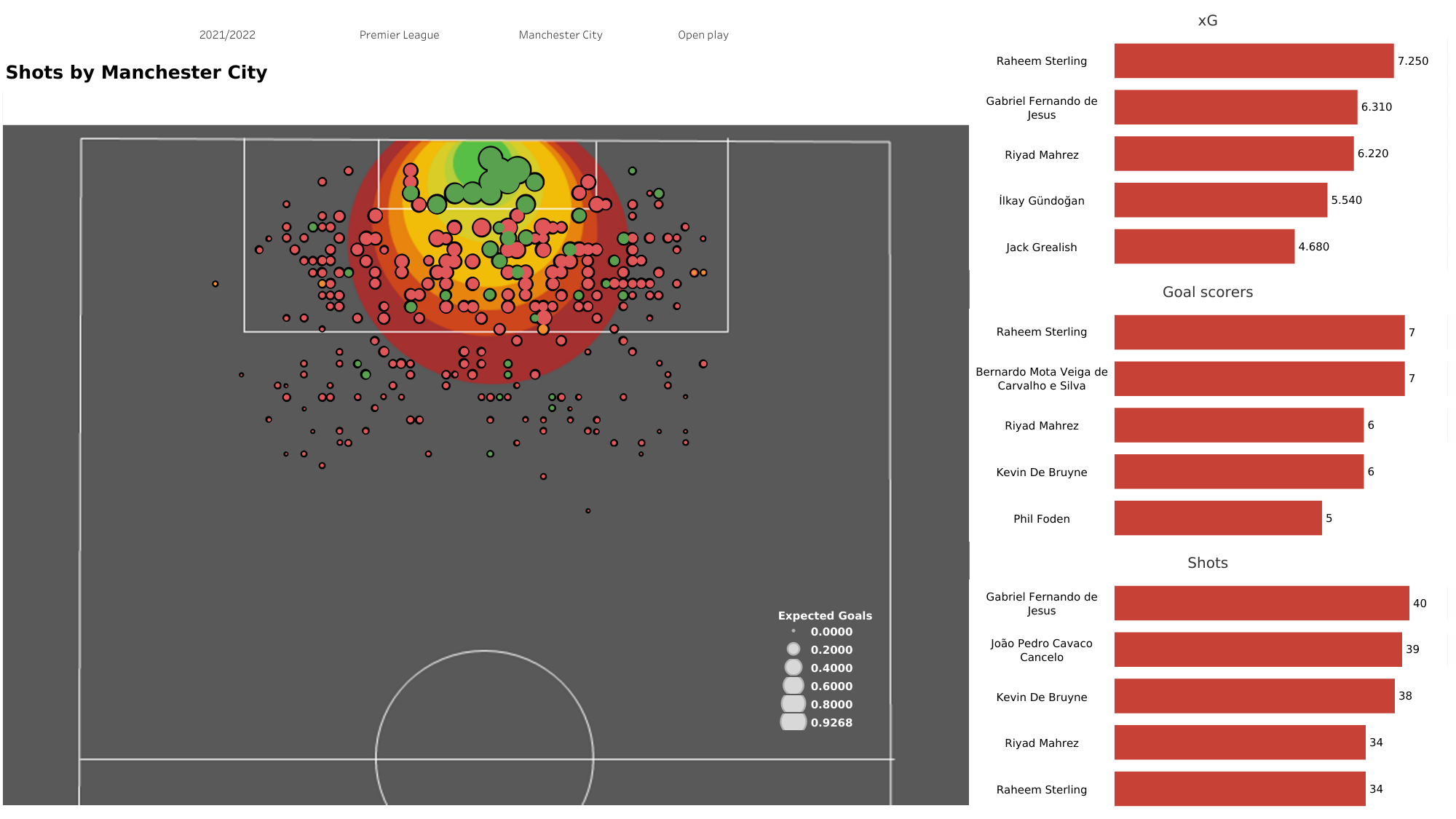 Manchester City have attempted a total of 375 shots on goal with 149 shots on target. They have the most number of shots on target in the league. Jesus has the most number of shots for City, with Sterling generating the highest overall xG and also being their top scorer. Despite playing as a full-back for City this season, Joao Cancelo has the second-most shots on goal and has been one of the best players for City this season. 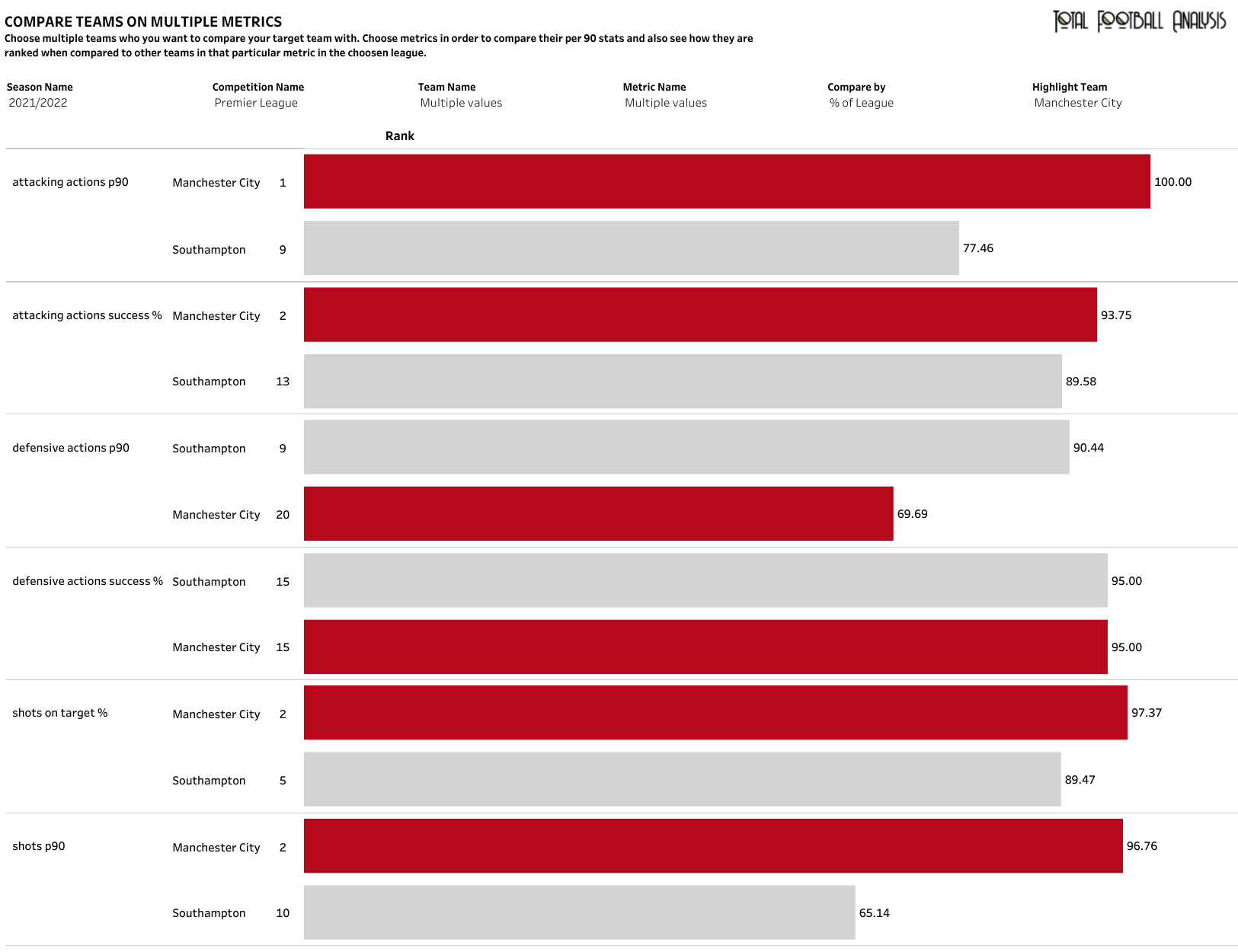 The above visual shows us that, amongst the two teams, City have clearly been the better team in the final third as they completed more successful attacking actions and also have more shots on target than Southampton. Southampton, however, have a high success rate in the defensive actions they have attempted and can be a tough defensive unit to break.

Manchester City are in impeccable form at the moment and are running away with the Premier League title race. Pep Guardiola’s side have an 11 point lead over second-placed Liverpool and will want to extend their winning streak this weekend.

Under the microscope: Could Lautaro Martinez be the perfect striker for...