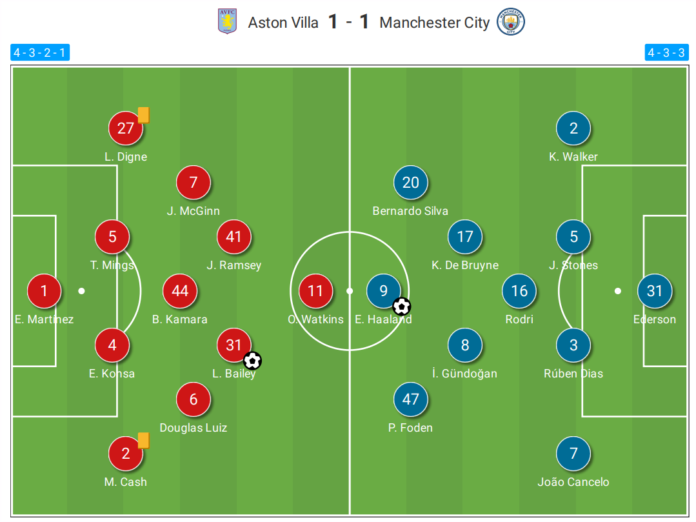 Manchester City were held to their second draw of the season after the match ended with a 1-1 scoreline against Aston Villa in the English Premier League. In the second half, Erling Haaland scored his tenth goal of the season to give his side a 1-0 lead. Aston Villa’s Leon Bailey came to the rescue of Steven Gerrard’s men and ended their three-match losing streak.

How many defensive duels were won by Aston Villa? How many passes were attempted to the final third by Manchester City? 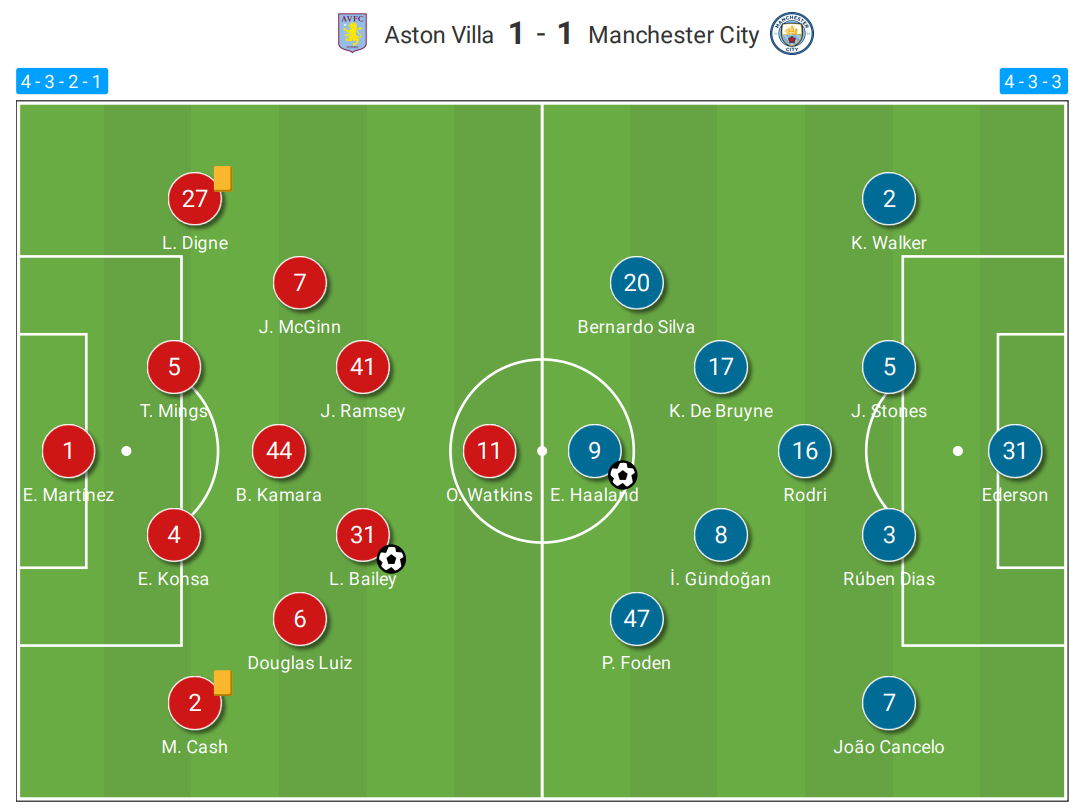 On his knees: Guardiola’s actions show he much he wants “nice”...

Under the microscope: Should Manchester City keep hold of Raheem Sterling?