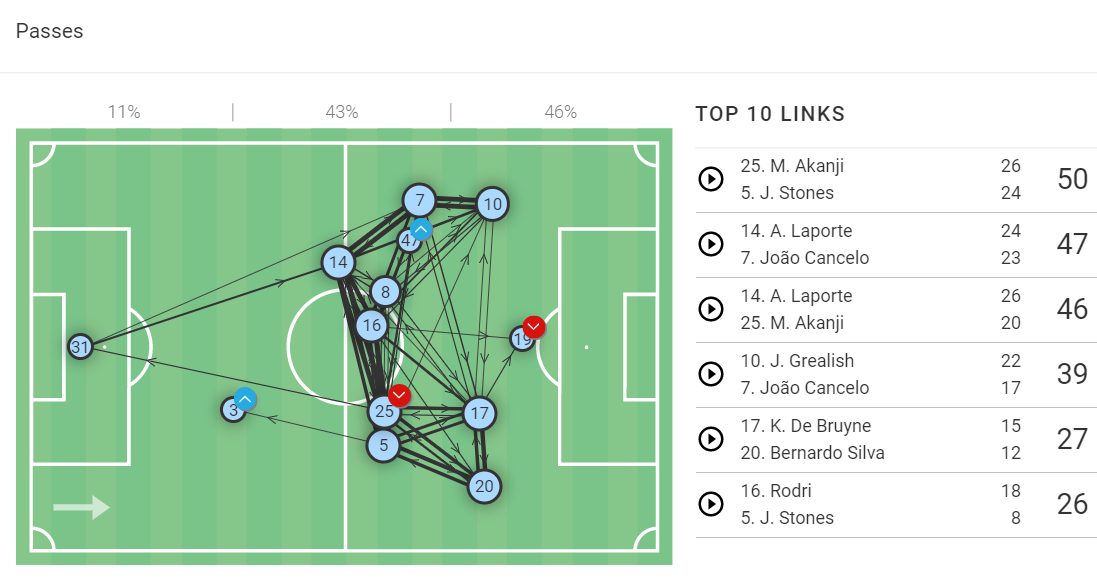 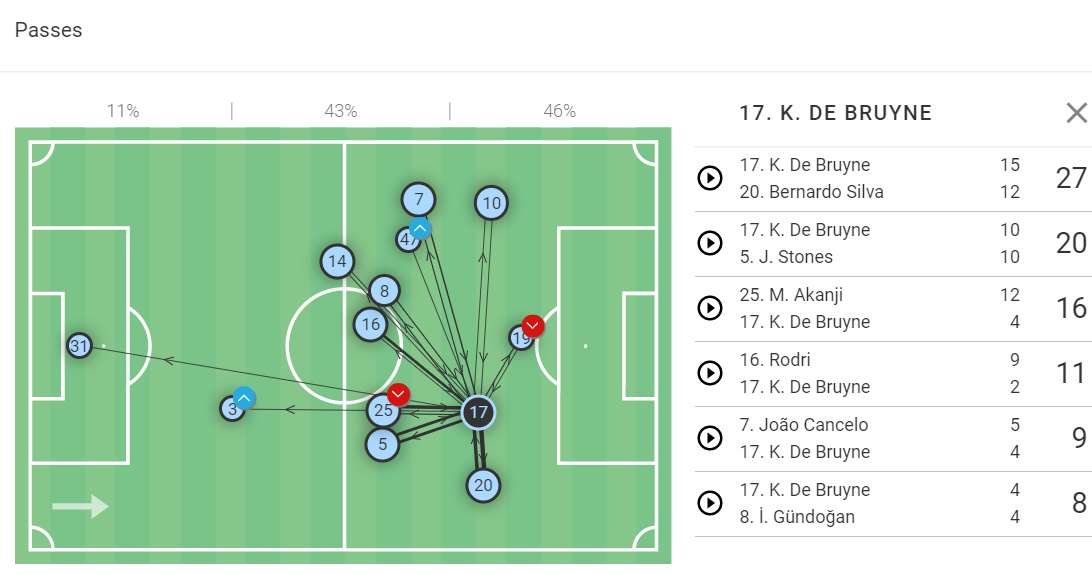 Manchester City attempted 685 passes and had a 90.66% passing accuracy rate. The average position of every outfield player was inside the opposition half. Aymeric Laporte, Rodri, and Ilkay Gundogan were involved in a few passing links in the centre. Kevin De Bruyne was their engine in the midfield. He played in the number ten role and shared a few passes with a few of his teammates.

How does Rice compare with Fernandinho after impressive City performance?