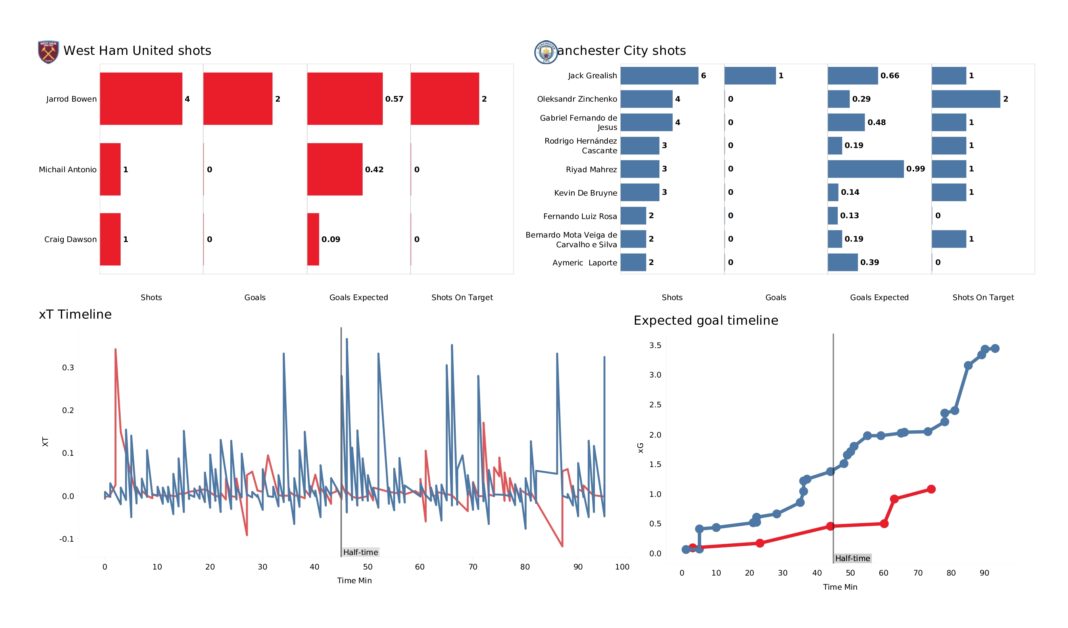 Manchester City came back from two goals down to draw the match 2-2 against West Ham United at the London Stadium on matchday 37 of the Premier League. Jarrod Bowen’s brace gave the Hammers the lead at the break before Jack Grealish and an own goal from Vladimir Coufal equalized it for the Cityzens.

We’ve broken down all the key stats for you to digest, including;
* shot maps
* xT (expected threat)
* pass networks
* xG timelines
* defensive duels
* average positions and much more!

How many clearances did West Ham United make? What was Manchester City’s xG?

At the end of the gallery, you’ll be able to download the full PDF stats report. 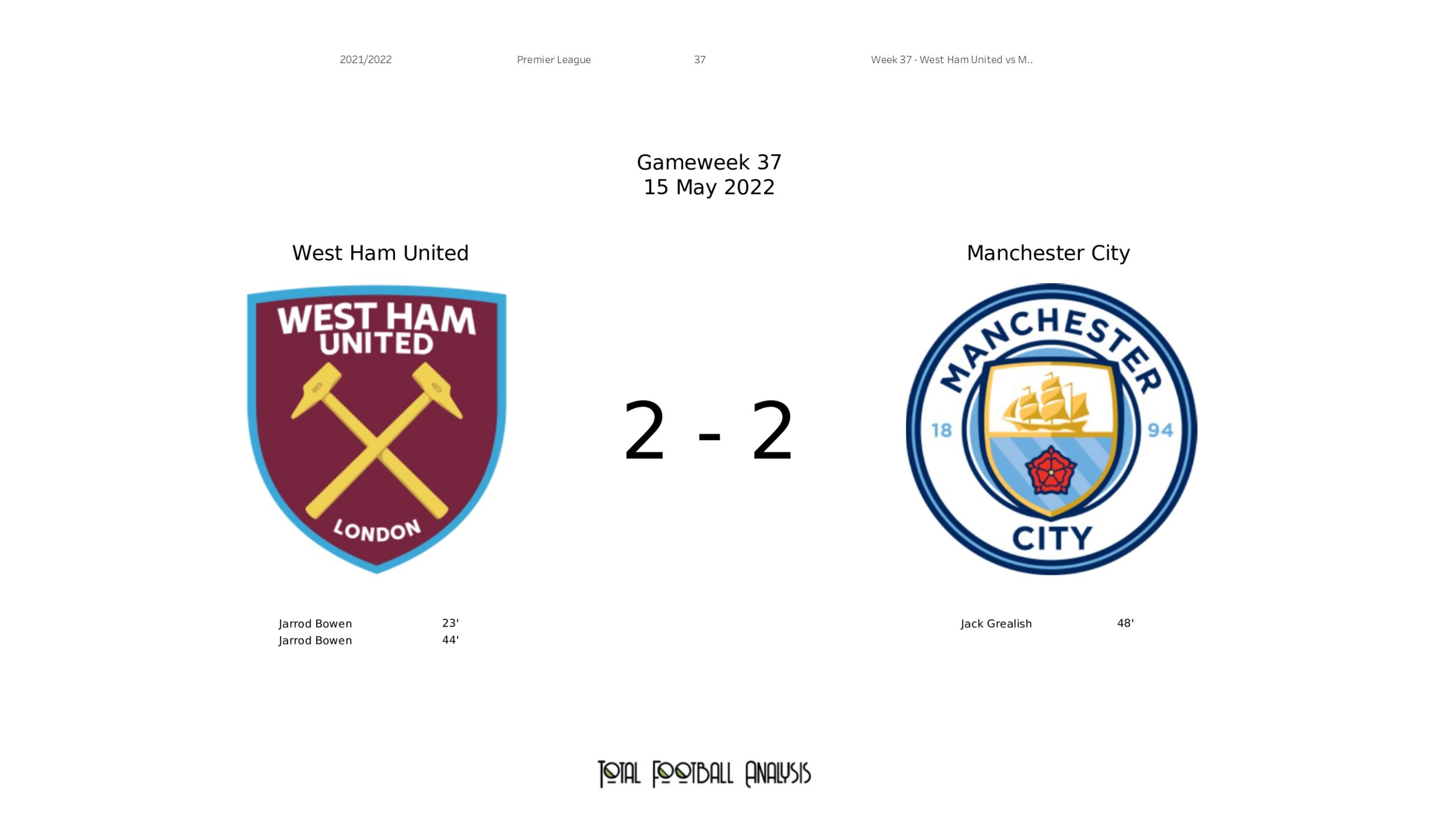