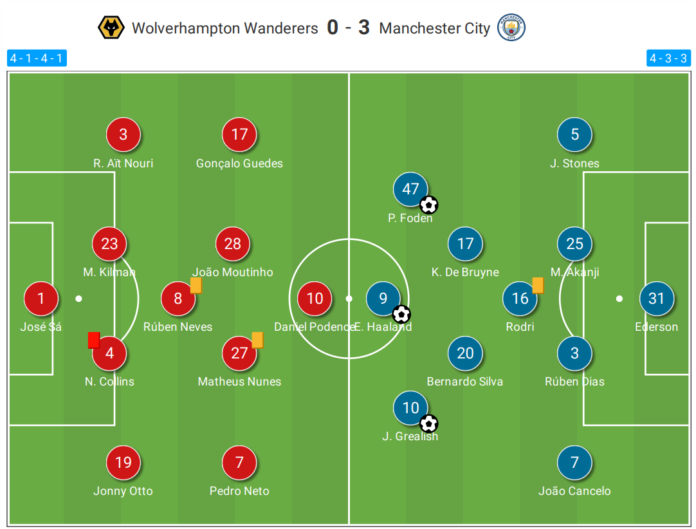 Manchester City continued their unbeaten start to the English Premier League season with a comfortable 3-0 victory over Wolves. The visitors took the lead in the first minute after Jack Grealish scored his first goal of the season. Erling Haaland took his tally to 11 goals by scoring the second goal in the 16th minute. Wolves were reduced to ten men after Nathan Collins received a red card in the 33rd minute. They lost their third match of the season and are struggling in the bottom half of the table.

How many interceptions were made by Wolves? What changes did Pep Guardiola make in the second half? 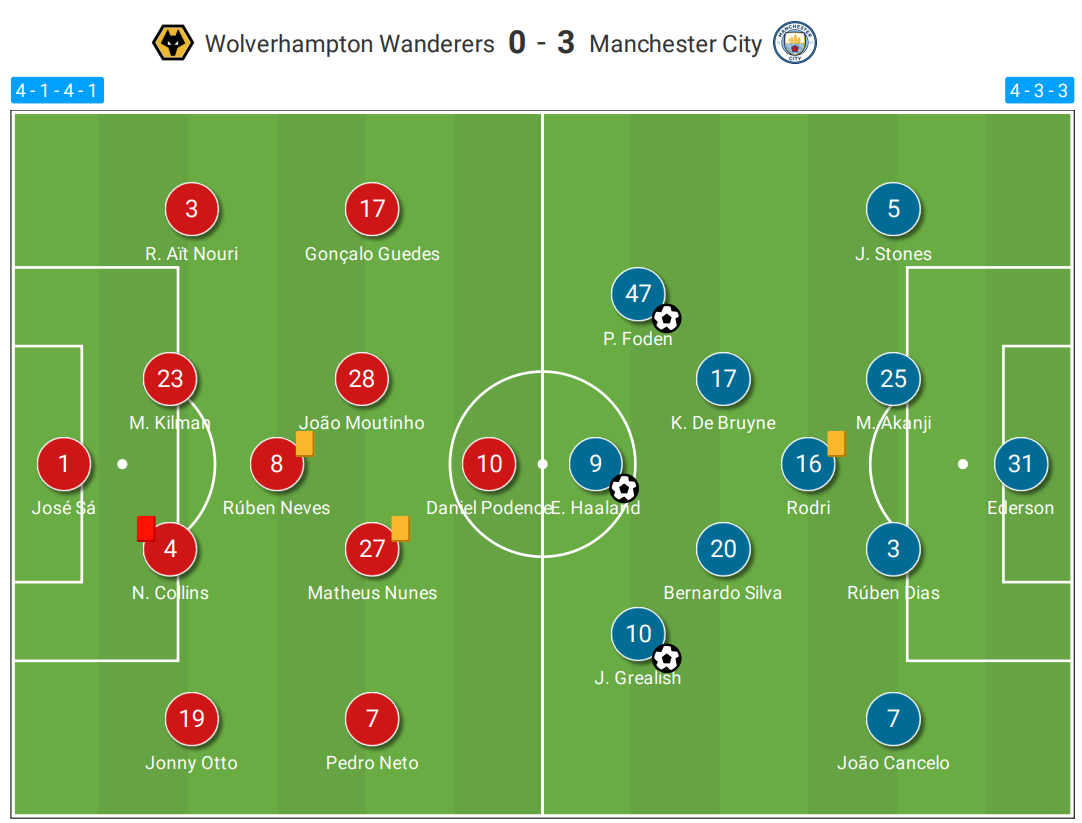 How Manchester City can evolve this season