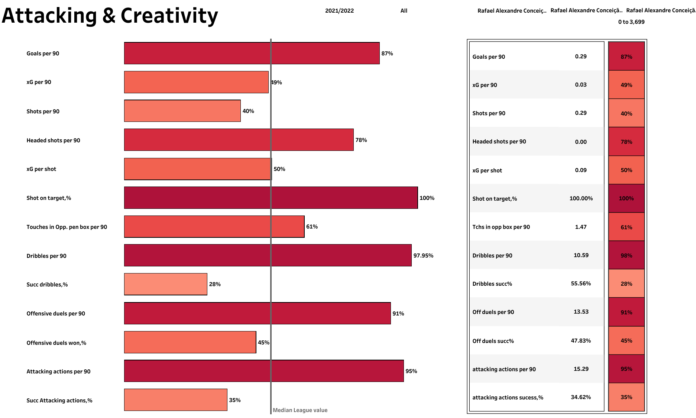 Manchester City have been reportedly linked with AC Milan winger Rafael Leao, with the Skyblues showing concrete interest in the Portuguese international, who has begun 2022 with a bang, scoring two goals and two assists in three matches.

Rafael Leao, 22, is into his third season with AC Milan, having joined from Ligue 1 club Lille in the summer of 2019. The Portuguese forward has shown a lot of potential in his first two seasons at the club, but only in flashes. However, he has improved and added more consistency to his game this season. He has been sensational this season, netting the ball eight times and assisting thrice in 22 appearances across all competitions. The Portuguese winger has been instrumental in AC Milan occupying the second spot in Serie A table with 48 points, with a two-point difference behind league leaders Inter Milan. Leao has been one of AC Milan’s best players over the past few seasons, joining the Italian giants in 2019, and since then, has scored 21 goals for the club.

The 22-year-old, who can operate centrally or on the left flank, is on six goals and four assists so far in the Serie A and can become a great player under a coach like Pep Guardiola. As seen in the above visual, Leao has primarily operated on the left flank for AC Milan in the Champions League. He is a huge threat with the ball at his feet as he is a brilliant dribbler and can get into threatening positions in the final third. 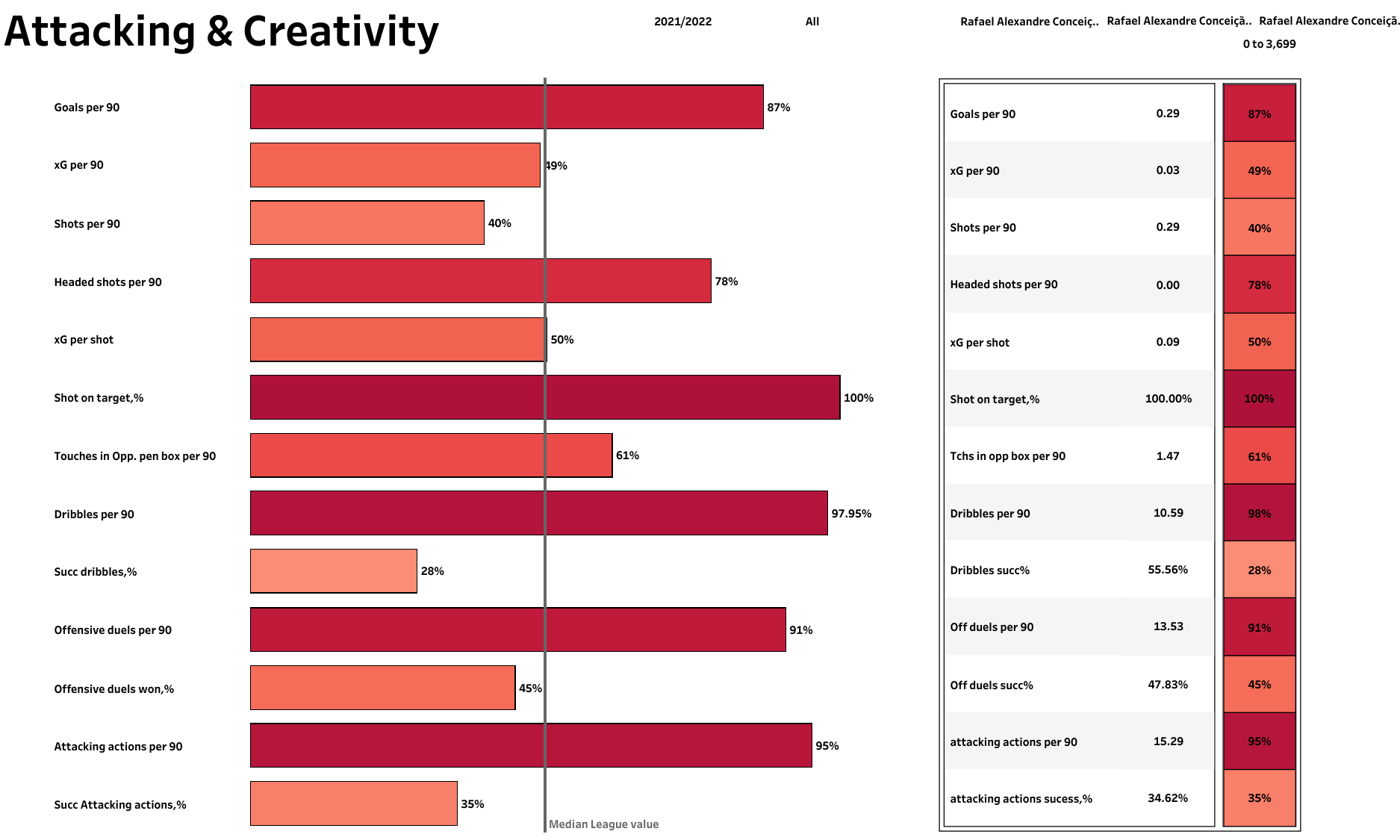 Leao is naturally a wide player, but can also operate down the middle in the number nine position, and such flexibility along with his pace, power, guile and dribbling skills make him a perfect fit in Guardiola’s system at Man City. Leao has attempted only one shot on goal in his four appearances but has scored with his only shot on goal. He has 13.53 offensive duels per 90 minutes and has won 47.83% of the duels. The winger has attempted a total of 36 dribbles in four matches in the Champions League and has been able to win  55.56% of these dribbles. 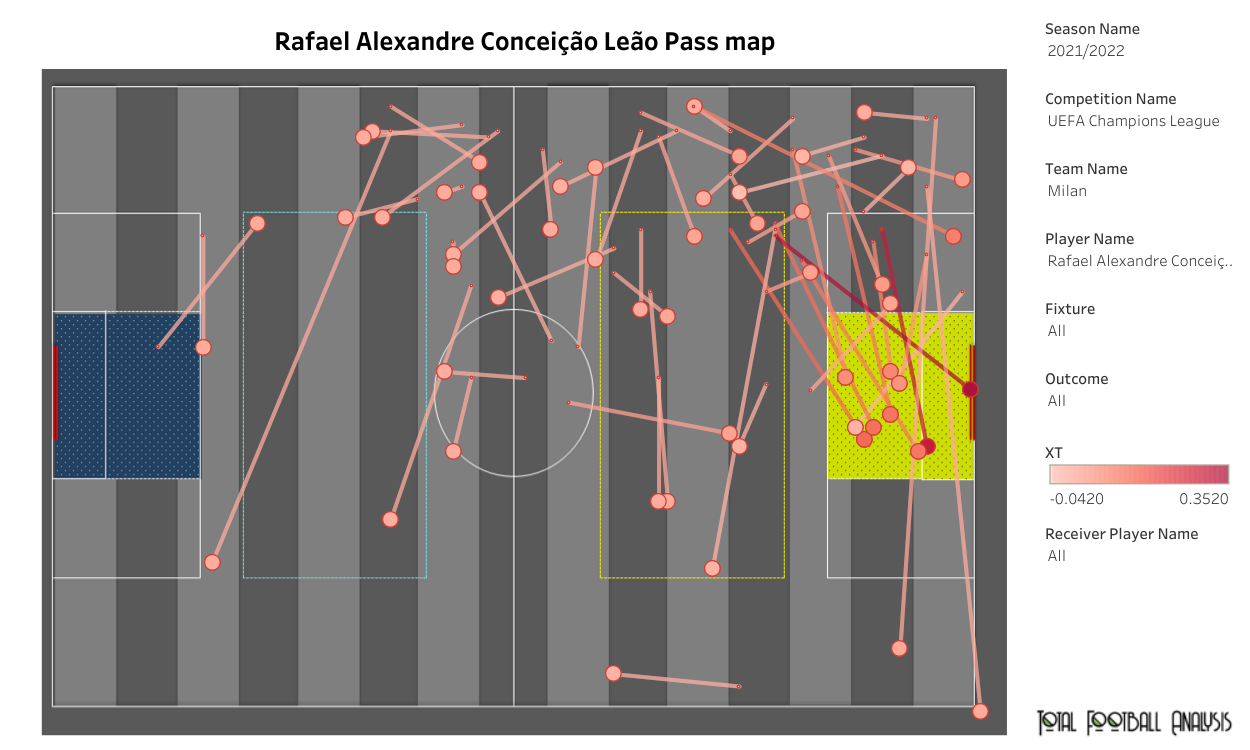 The above visual shows his pass map from the four games that he has played in the Champions League this season. As seen in the above visual, he has played a lot of short passes on the left flank, which are mostly one-two passes played to create space. He can play a quick one-two with his wing-back or midfielder and run into the space created on the flank. He also has put in several crosses in the penalty area, which have generated a high xT.

City have been missing a proper number nine since the start of the season, and the arrival of Leao can help them with that problem if they are unable to land a striker in this window. With the departure of Ferran Torres and poor performances from Raheem Sterling, Leao can add the required depth to Pep’s squad.

Manchester City have been linked with many attackers, particularly with Raheem Sterling’s future at the Etihad still uncertain. The Cityzens have been looking for a replacement since reports surfaced that the 26-year-old wants to move to Spain, and Leao appears to fit the criteria well with his sudden bursts of acceleration, skill, dribbling, and the fact that he remains a continuous threat in the attacking third.

“When they transition from back to front he is critical” –...

Pep, City and the subtle art of not tackling