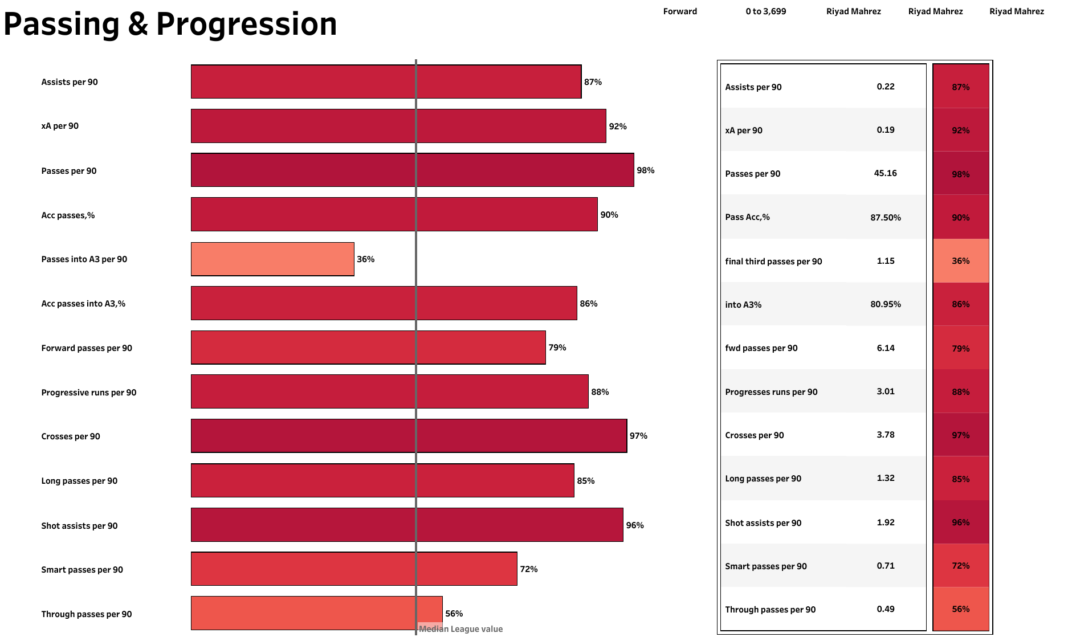 Amidst a busy summer for Manchester City in the attacking areas, which has seen the arrival of Erling Haaland and Julian Alvarez from Borussia Dortmund and River Plate, respectively, and potential departures of Gabriel Jesus and Raheem Sterling, one attacker who is set to be handed a new contract is Riyad Mahrez. The Algerian superstar’s current deal runs out in a year’s time and Pep Guardiola is keen to keep the four-time Premier League winner at the Etihad Stadium. 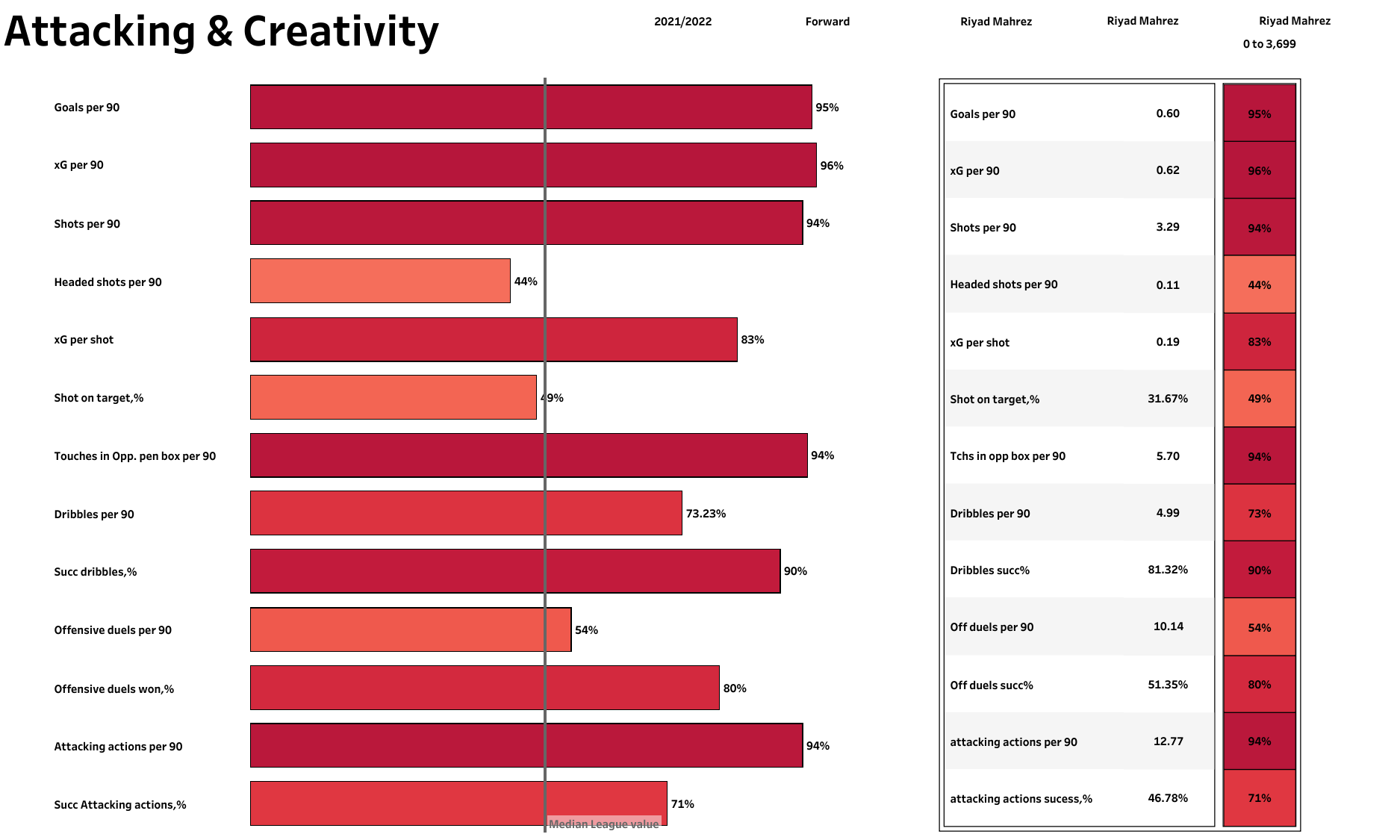 Mahrez featured for Manchester City in 47 matches across competitions, including 28 in the Premier League. He made 15 starts and played a total of 1,498 minutes where he scored 11 goals or one every 136 minutes. He performed to the level xG predicted. The winger generated 3.29 shots per 90, which put him in the top 6% of forwards. He generated an xG per shot of 0.19 and made 5.7 touches in the opposition’s penalty area per 90, the latter of which ranked him in the 94th percentile. The Algerian completed nearly four dribbles per 90 out of the five he attempted. 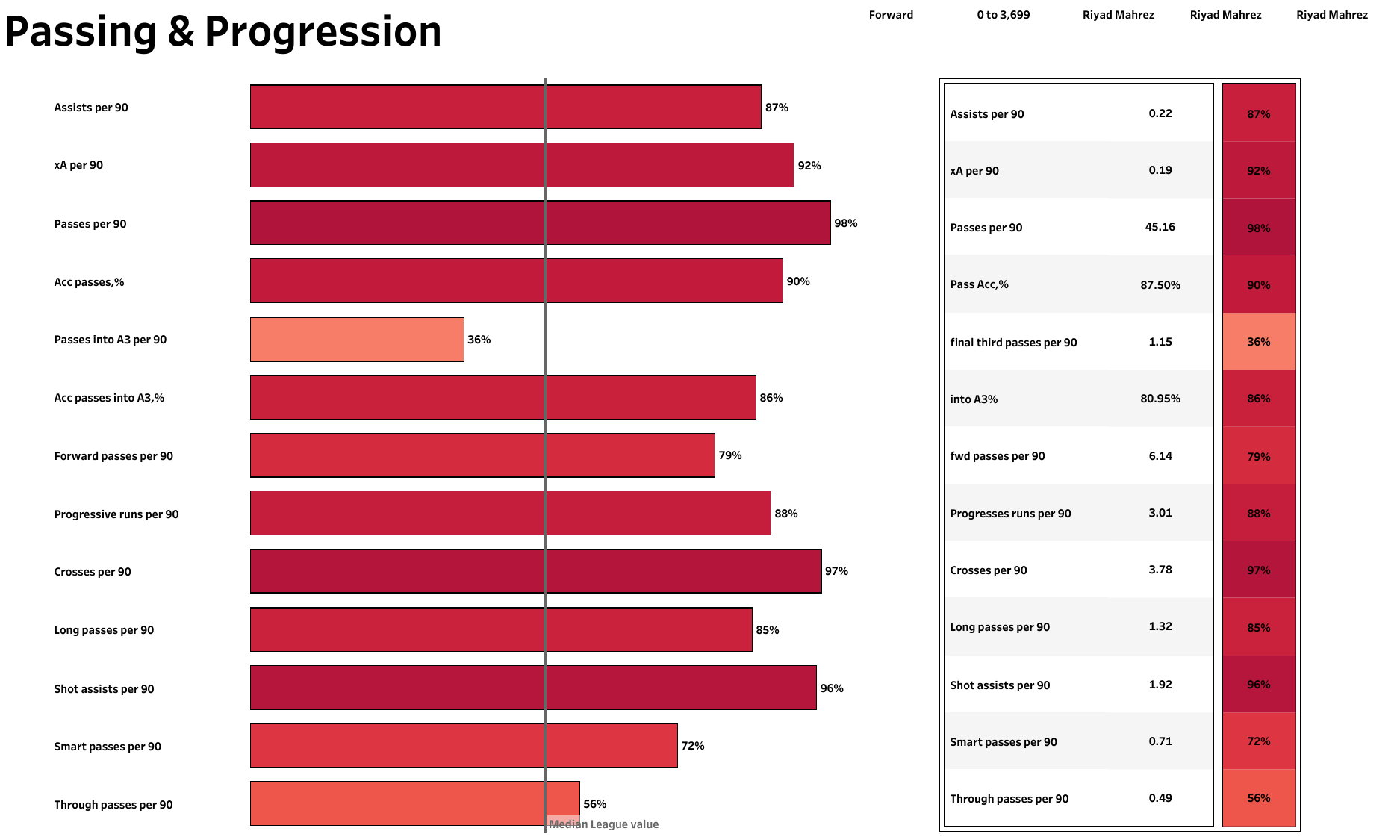 In addition to his 11 goals, Mahrez also provided five assists, being involved in a goal every 93 minutes on average. Very much an active player, he attempted more than 45 passes per 90 at an accuracy of 87.5%. He may not have attempted a lot of balls into the final third but whenever he did, he was more successful than most forwards. The winger made 3.01 progressive runs per 90, showing his eagerness to find space in advanced areas. He also delivered 3.78 crosses per 90, placing him in the 97th percentile among forwards. He also generated 1.92 shot assists per 90, putting him in the top 4%. 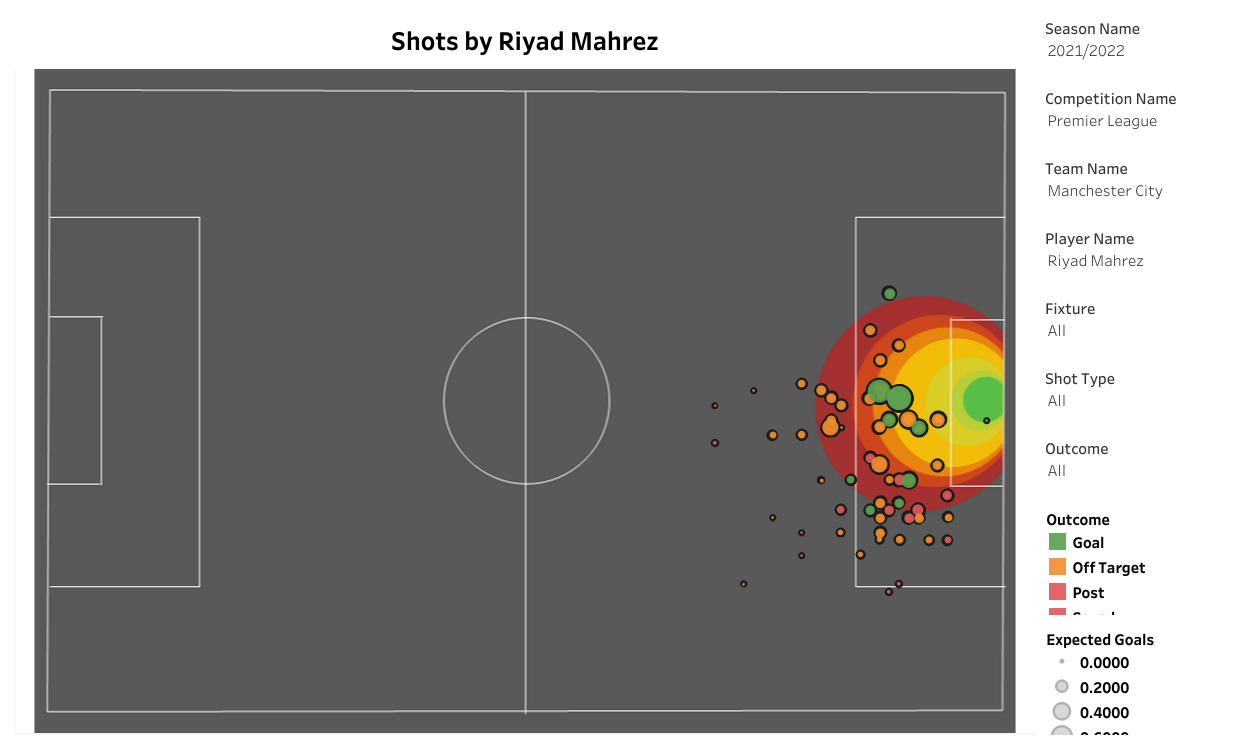 All but one of Mahrez’s goals came from inside the box. His average shot distance from the goal was 17.2 yards. Four of these strikes were from the spot-kick, though he missed one against West Ham United. The Algerian attempted 56 shots and mustered 18 of them on target, which meant that 32.1% of his attempts tested the keeper, and his conversion rate stood at 5.1 shots per goal scored. 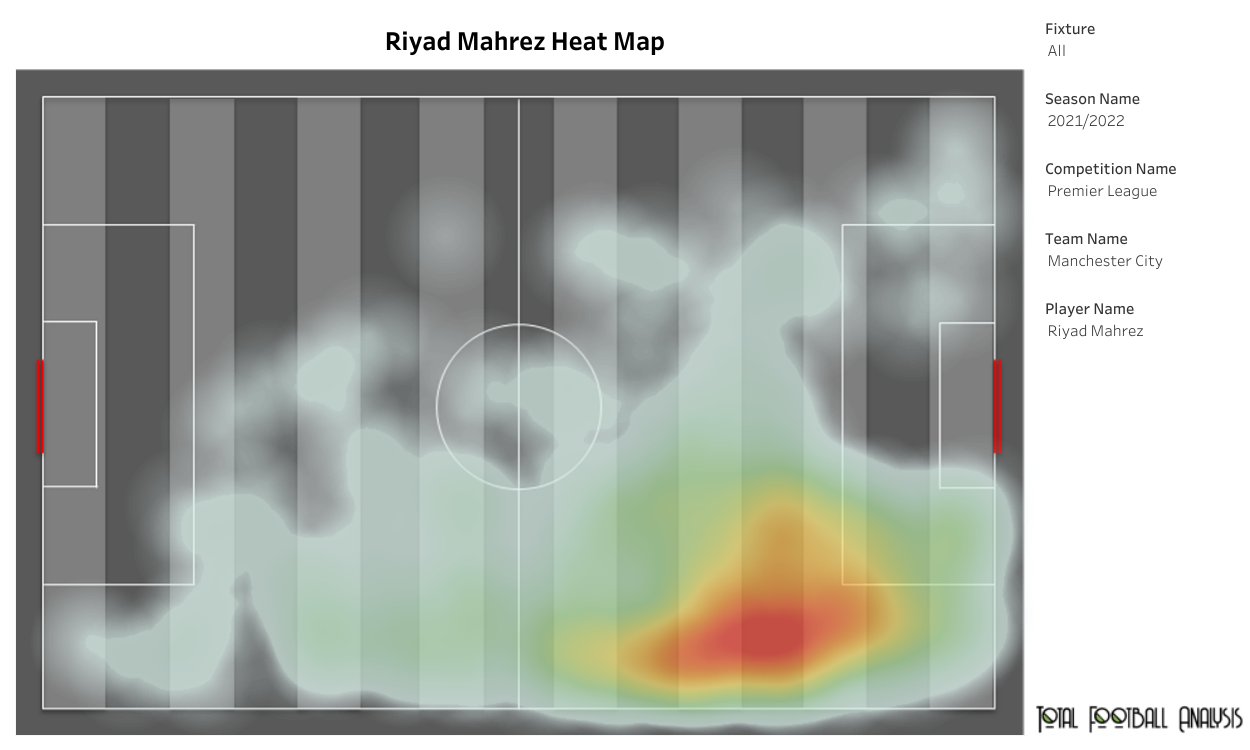 While the performances of Riyad Mahrez may warrant a contract extension, it could be a double-edged sword as he is aged 31 and may not stick around for long. If not careful, it could turn into a situation similar to Gareth Bale’s at Real Madrid prior to his signature with LAFC in the MLS.