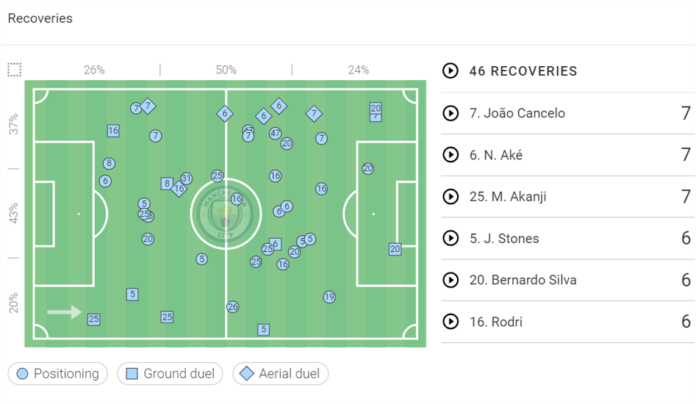 Manchester City will aim for back-to-back victories after the international break when they face FC Copenhagen in the UEFA Champions League. The hosts won the Manchester derby this weekend in a high-scoring match. Manchester City came out as 6-3 winners against their rivals.

Manchester City has a two-game winning streak in Group G.They won their first match of the season 4-0 against Sevilla. This was followed by a comeback victory against Borussia Dortmund in the previous round. Manchester City came from a goal behind and scored two goals in the last 15-minutes of the match to take three points. Pep’s men average three goals and 2.29 xG per match. The defence has conceded only one goal with an average xGA rate of 0.5.

FC Copenhagen started their campaign with a 3-0 loss at Borussia Dortmund. They held Sevilla to a goalless draw in their last match and are third in the group. The Danish side hasn’t scored a goal and conceded three. The average xG rate is low at 0.52 per match and the xGA rate is a bit high at 1.53.

Manchester City have played a very attacking style of football under Pep Guardiola. They average 38 positional attacks and 16.5 shots per match in the UEFA Champions League. Pep’s men left it late against Borussia Dortmund in the last match. Overall, the team created 40 positional attacks in the match. Of these 40 attacks, 25 came in the second half. This shows that Manchester City will attack till the end and score as many goals as possible. 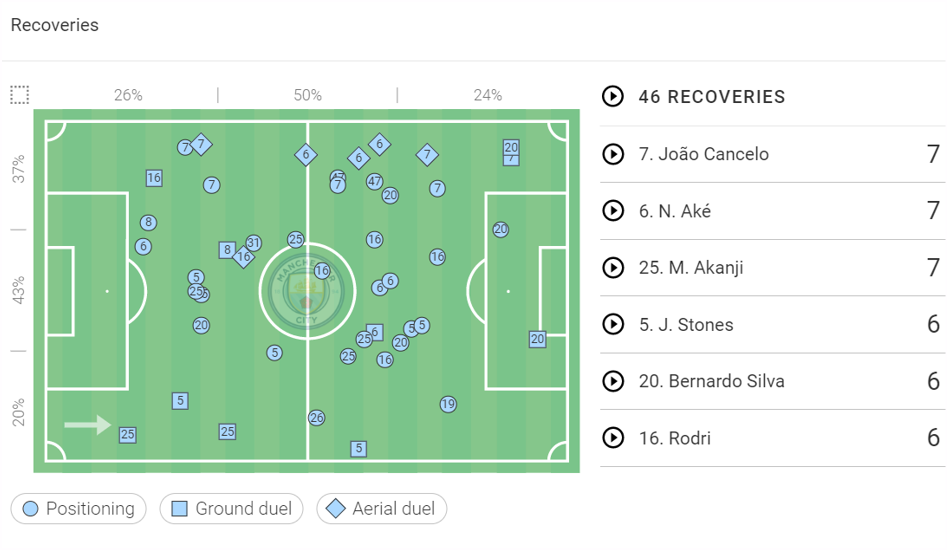 The Manchester club will attack more from the left side. They recover the ball high up on the pitch, and that allows them to keep their attacking momentum. In their last match, City players made 46 recoveries in the second half, and they made seven more recoveries than they did in the first half. This recovery rate has allowed them to maintain their attacking momentum. 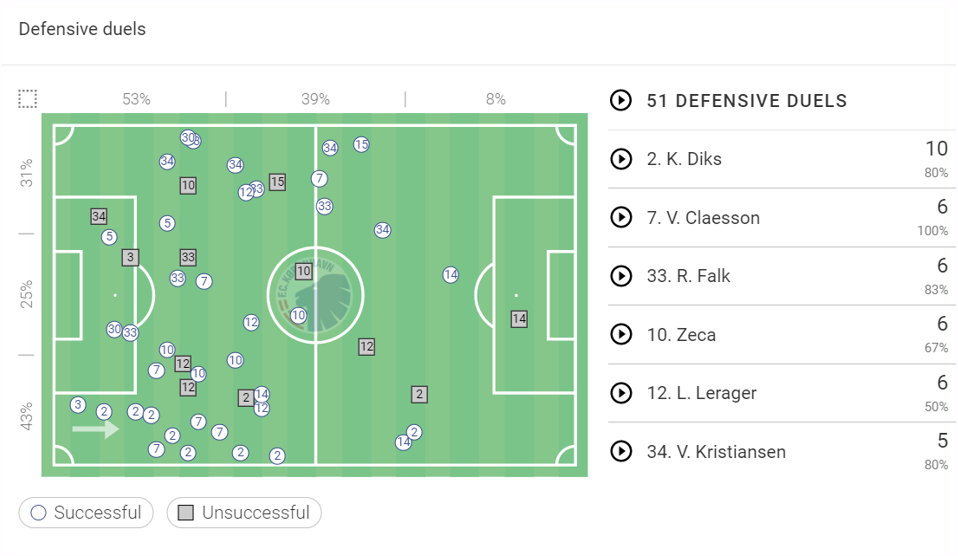 FC Copenhagen have played as a very defensive side in the last two games. Their defence has a high duels win percentage and they will need to maintain their record against this City side. Against Borussia Dortmund, they won around 80% of their defensive duels. This is a high win percentage against another attacking side in the group. 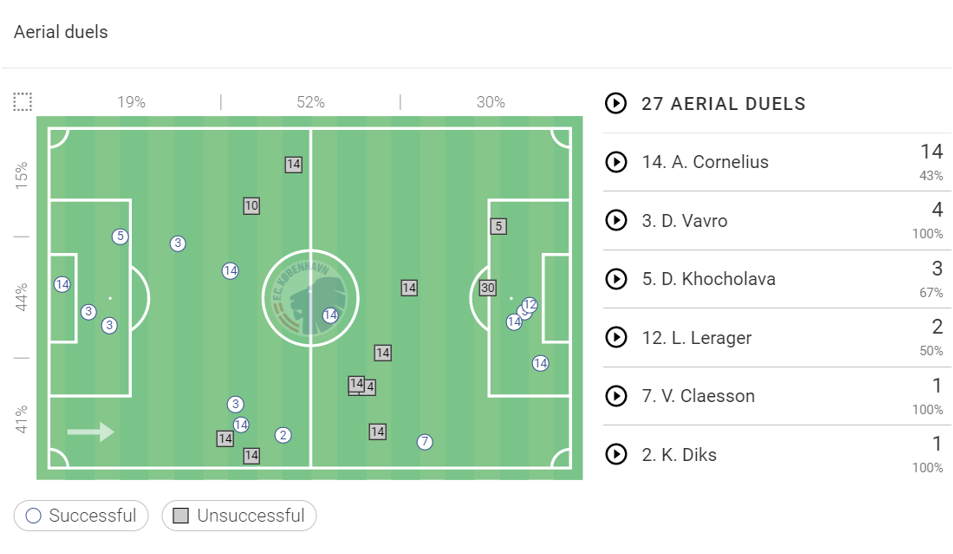 The aerial duels win percentage is in the early fifties, but the above viz shows that Copenhagen players have won their aerial duels in the defensive and offensive half. This will be a great positive for the manager as his teams can deal with the aerial threat and clear the danger.

However, it won’t be easy to defend against this attacking team. Manchester City are very dangerous with their play and will look to score as many goals as possible. 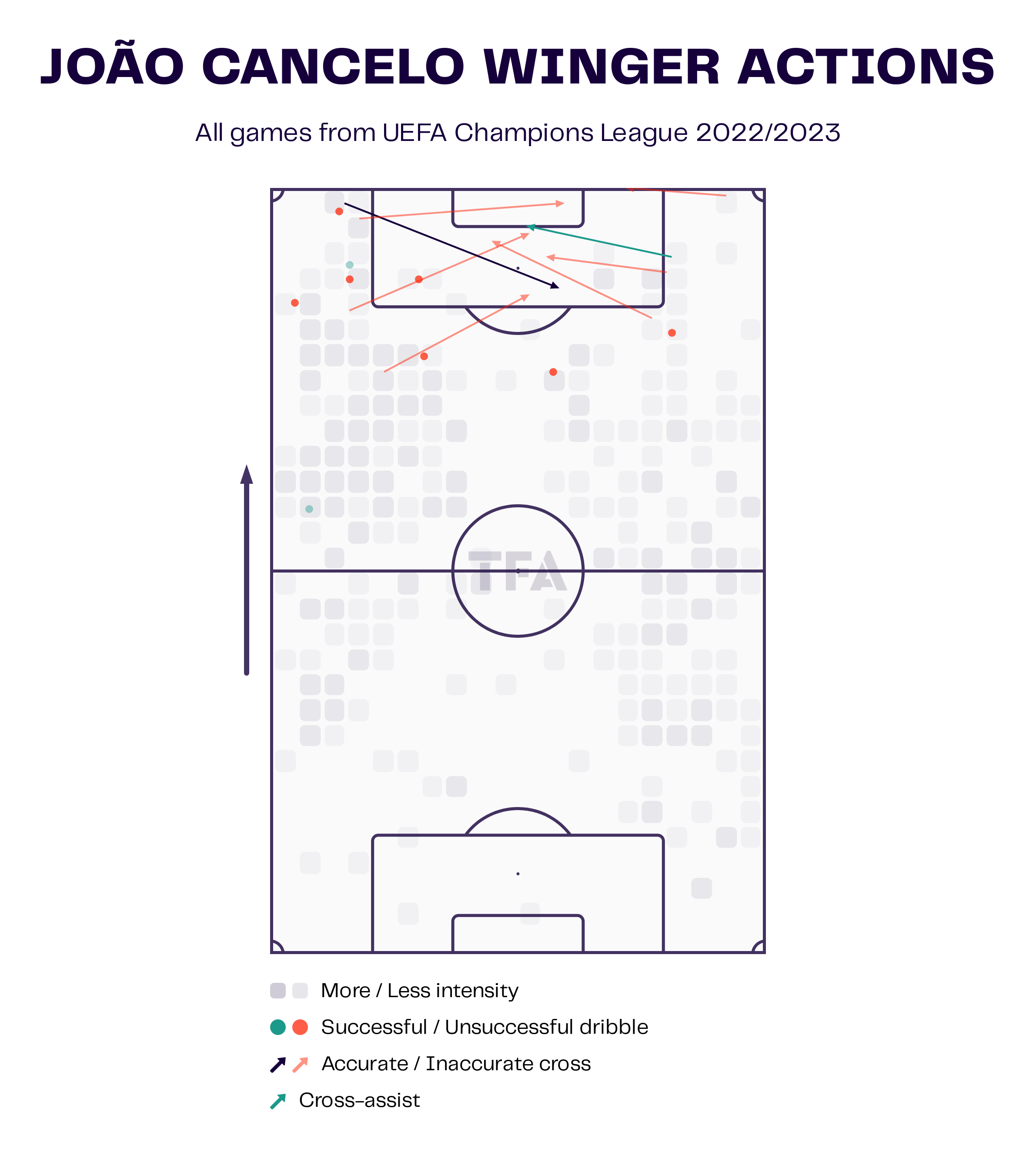 The home team’s Erling Haaland and Kevin De Bruyne carry the highest threat. However, there are a few other key players who will also play a key role. One of the players who will be on the attack is Joao Cancelo. The full-back is one of the best-attacking defenders and has an eye for a goal and assist. This season he has scored a goal and has accumulated three assists in ten games. These three assists have been provided in the UEFA Champions League. The player will lead the attack from the left. Julian Alvarez is another player who will pose a threat to the home side. The striker is expected to get minutes in this match and might start on the right or in front of two. Pep has played with two strikers in some of the matches this season. Manchester City’s new signing is still eyeing his first goal in the UEFA Champions League. He has made two appearances after coming off the bench.

Manchester City will once again be without Rodri for this game. Kyle Walker and John Stones also remain doubtful for the match. Pep might not risk playing them in this match.

Akinkunmi Amoo and Mamoudou Karamoko are definitely out of this match for the visitors.

The defending English champions will look to maintain their rich run of form and aim for their third victory in the UEFA Champions League. They aim to win the title after missing out on two opportunities in the last two seasons. FC Copenhagen will have a tough day against a very attacking side and will look to concede a minimum number of goals.

What is needed at Manchester City for sustained success

Transfer Talk: Arthur Melo – What does the Brazilian midfielder add...

Can City make it to consecutive UCL Finals?

Solid but tough victory keeps Manchester City at the top of...