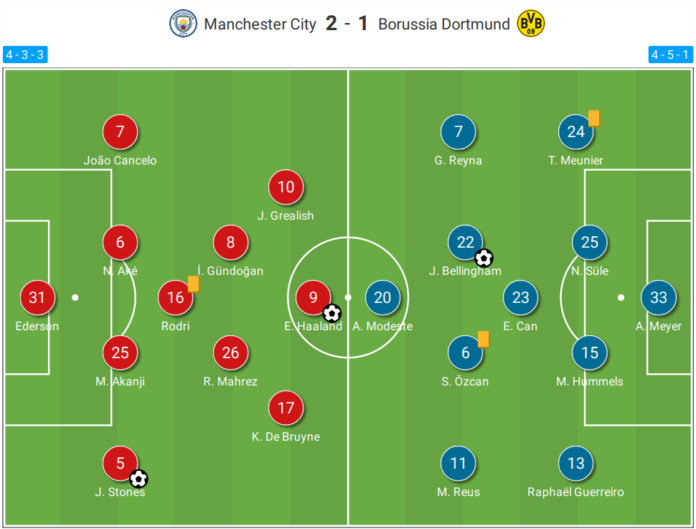 Manchester City maintained their 100% record in the UEFA Champions League after completing a 2-1 comeback victory over German powerhouse Borussia Dortmund. Jude Bellingham opened the scoring for the visitors in the second half. John Stones levelled the hosts with a long-range effort. Erling Haaland scored the winning goal against his former team.

What were the passing zones for Manchester City? How many interceptions were made by Borussia Dortmund? 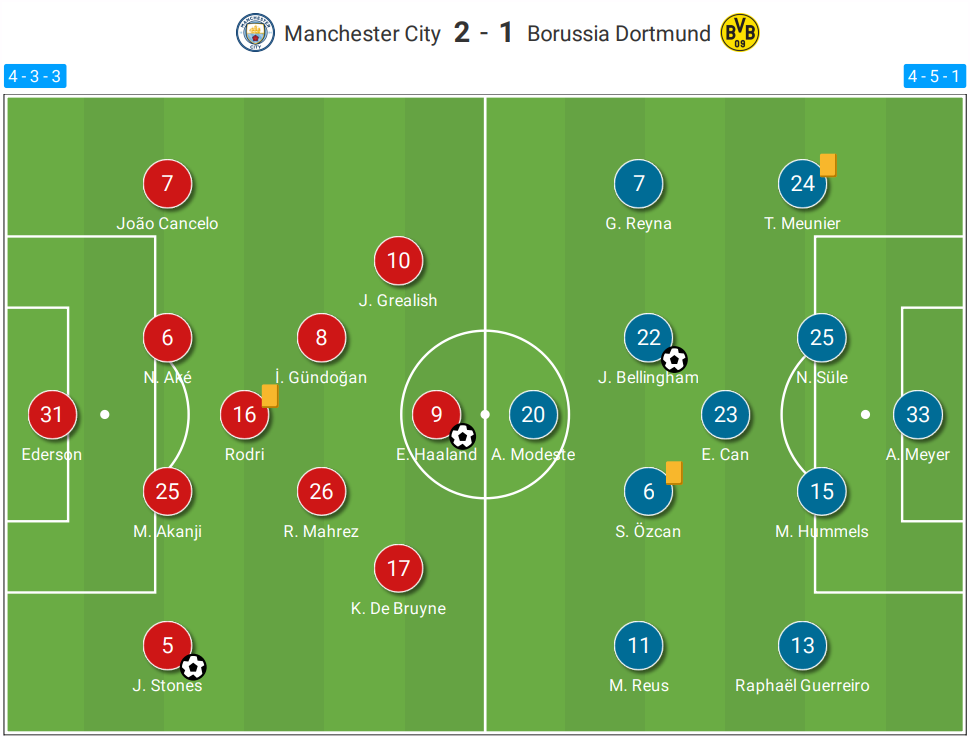 Under the microscope: Tactical Gundogan – How Manchester City have benefitted...

Under the microscope: Phil Foden – A statistical review of the...