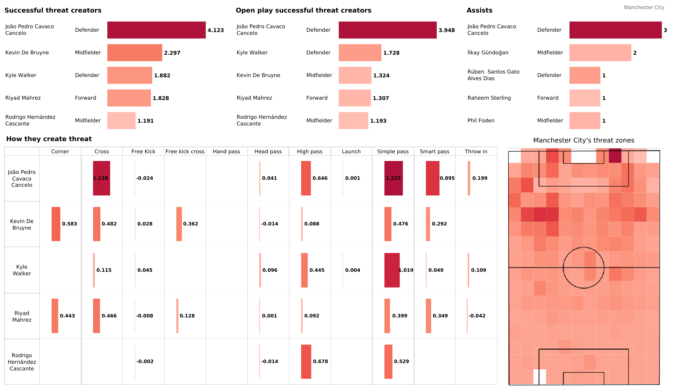 Manchester City will try to put the tie to bed after a 5-0 triumph in the first leg when they welcome Sporting CP at the Etihad Stadium on Wednesday night. Manchester City put on a completely overpowering performance in Lisbon three weeks ago, practically eliminating their Round-of-16 clash with Sporting. Bernardo Silva scored a brace, and Riyad Mahrez, Phil Foden, and Raheem Sterling also scored as they won the away leg 5-0.

Manchester City will advance to the Champions League quarter-finals on Wednesday if they can avoid a disaster at home, which most certainly they will. The Cityzens are in fantastic form, having thrashed rivals Manchester United 4-1 just a few days ago. Kevin De Bruyne and Riyad Mahrez both scored two goals each as Pep Guardiola’s men produced a thoroughly dominant display at the Etihad Stadium. The Premier League leaders are on a three-game winning streak and are very likely to extend it in midweek. 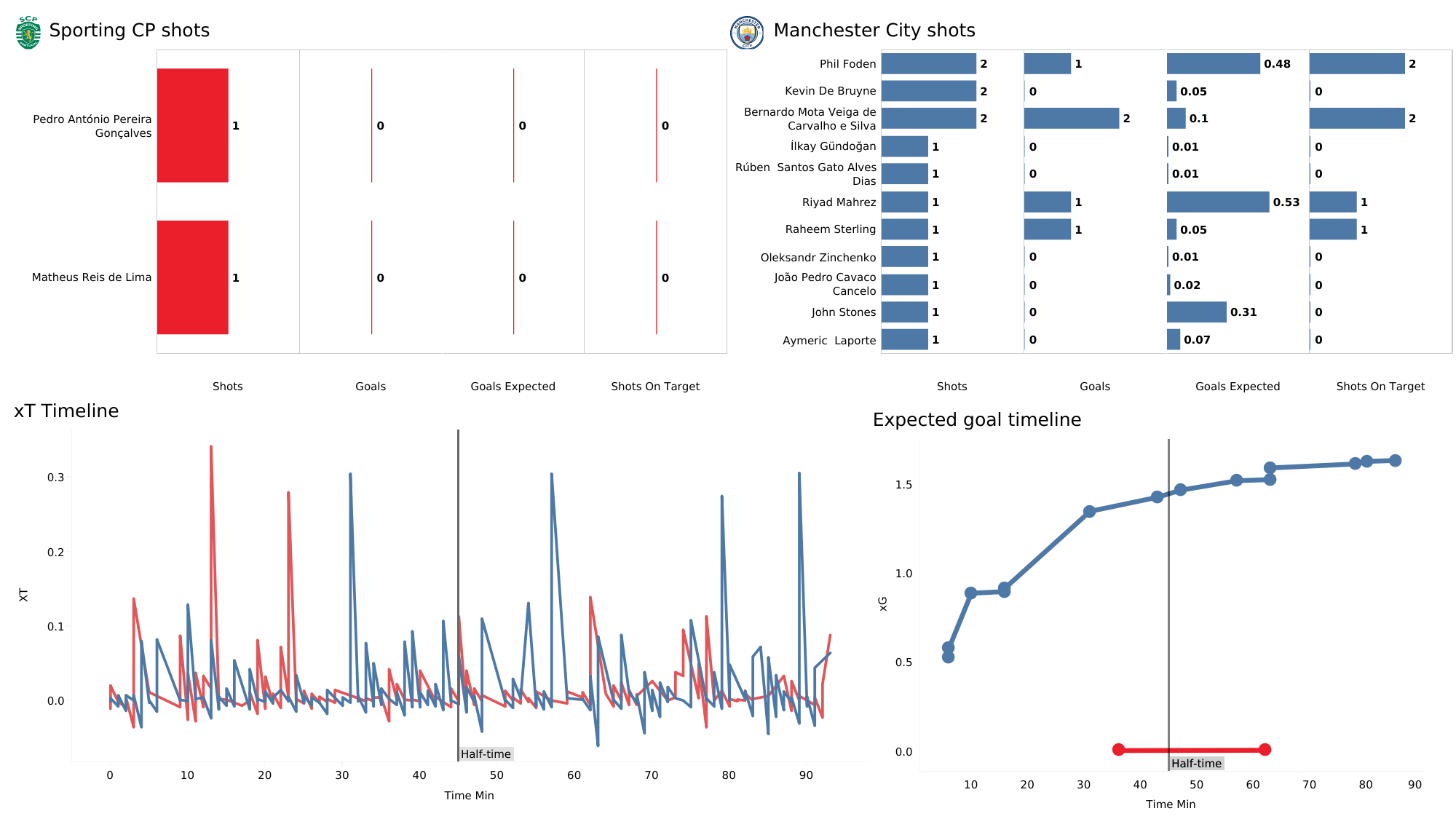 Manchester City completely dismantled Sporting in the first leg, as seen in the above visual. They had a high xG throughout the game, while Sporting only had one shot on goal in either half. Riyad Mahrez generated the highest xG for City with his one shot on goal, which he converted. 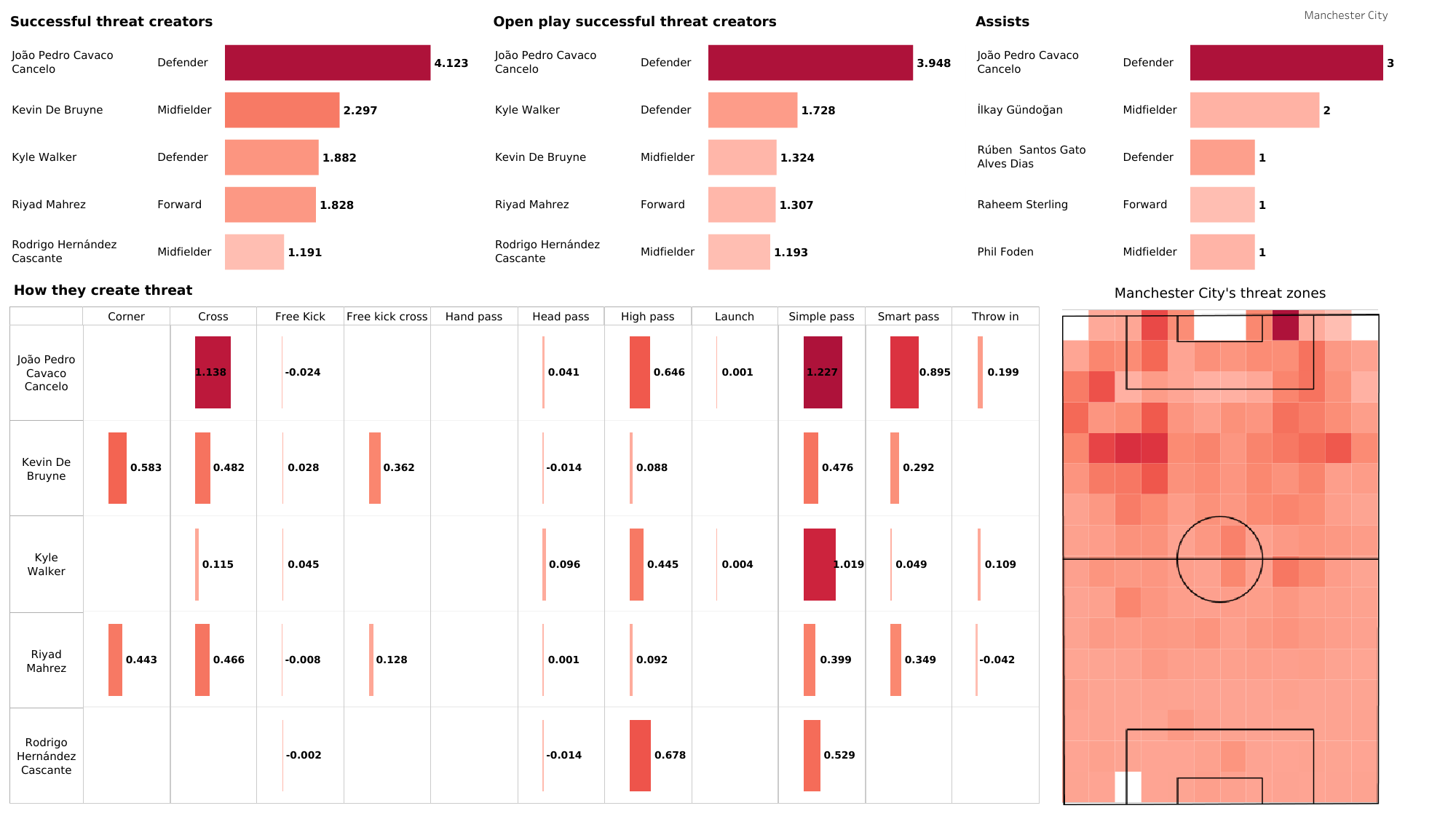 Meanwhile, Sporting CP have been quite inconsistent of late. Since suffering the 0-5 loss to City, they have won two games, lost one, and drawn one. They have just two wins in their last six matches across all competitions, making this their worst run under Ruben Amorim. 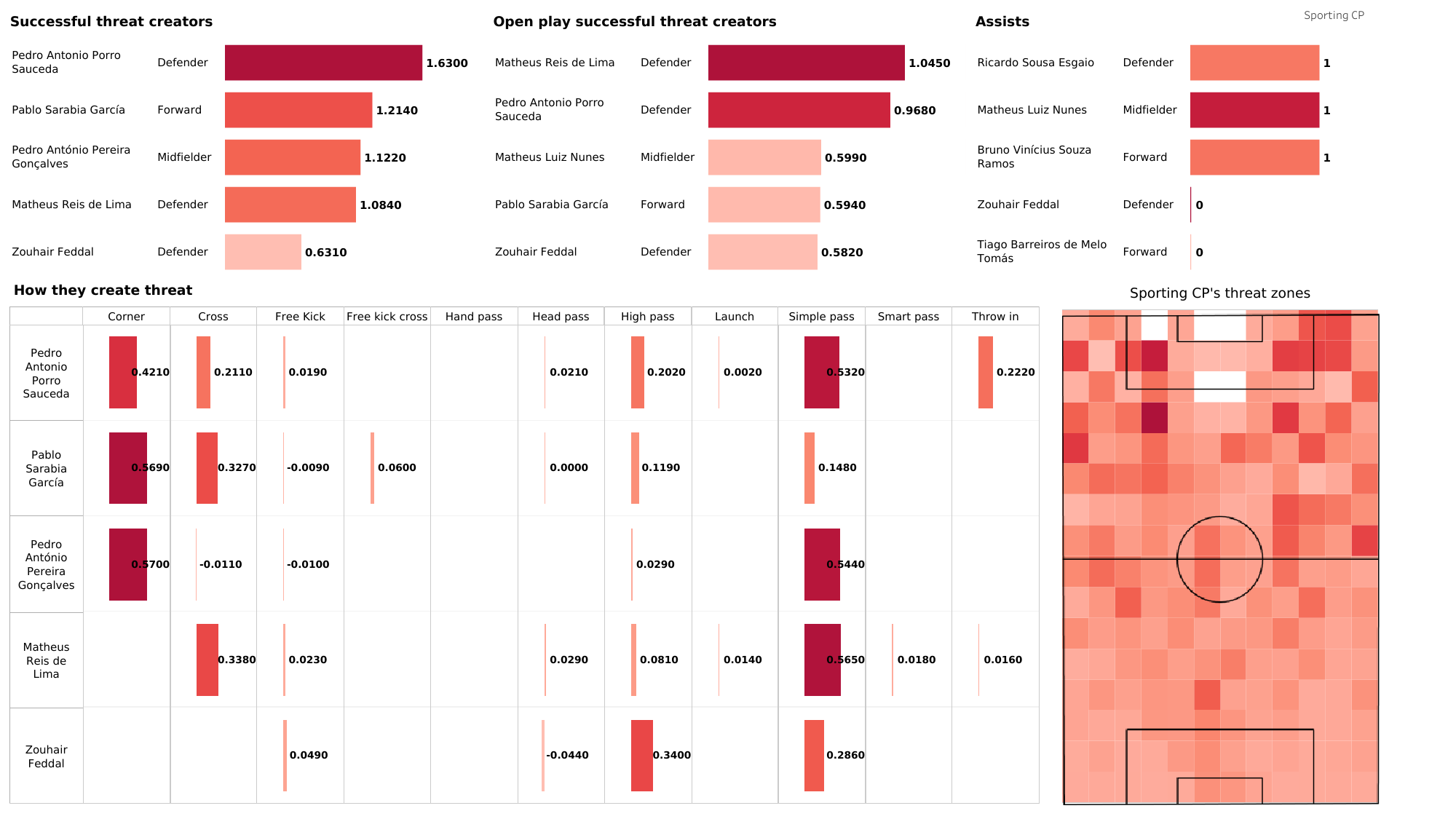 Sporting Lisbon’s xT creation map suggests that they have also been highly threatening from the wider areas of the pitch, but the Portuguese side failed to do so in the first leg against Manchester City. Pedro Porro and Pablo Sarabia have generated the highest xT for Sporting from their passes. Porro, who is a loanee from Manchester City, has created an xT of 0.532 from simple passes into the final third.

Manchester City already have one leg in the quarter-finals, while Sporting appear to have run out of steam at a critical moment in the season. They did win their most recent league game against Arouca, but coming back from five goals down against Manchester City seems like an impossible task for them.

Under the microscope: Is Pedro Porro ready to come back to...