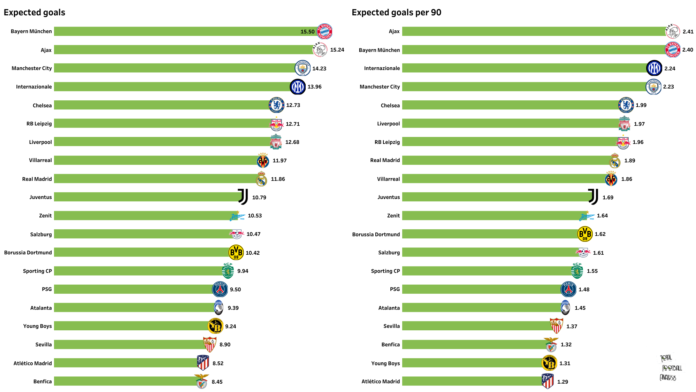 Manchester City will be aiming to secure a first-leg advantage when they head to Portugal on Tuesday night to face Sporting Lisbon in the last-16 stage of the UEFA Champions League. The Cityzens topped Group A with 12 points to advance to this stage of the competition, while Sporting finished second in Group C behind Ajax, just beating Borussia Dortmund to a spot in the Round of 16.

The last time the two clubs met was in 2012 when Manchester City defeated Sporting CP 3-2. Manchester City won thanks to a brace from iconic striker Sergio Aguero in the second half and a goal from Italian attacker Mario Balotelli. 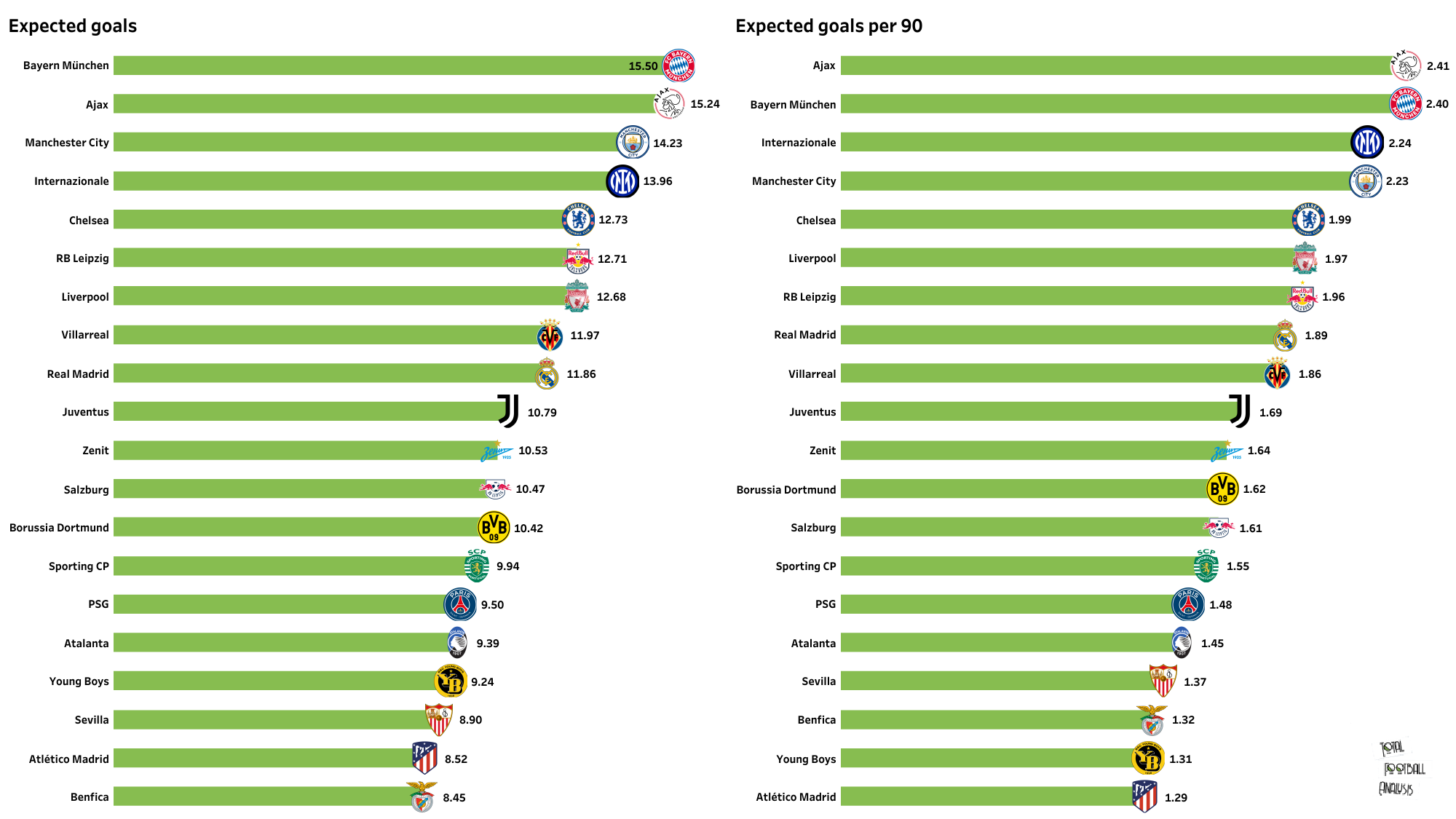 Manchester City have generated an overall xG of 14.23 in the tournament with an average xG of 2.23 per 90 minutes. They have the third-highest overall xG amongst all teams. The Cityzens have scored a total of 18 goals in the six games they have played and have been highly efficient in the final third. They will test Sporting’s defense to the limit. 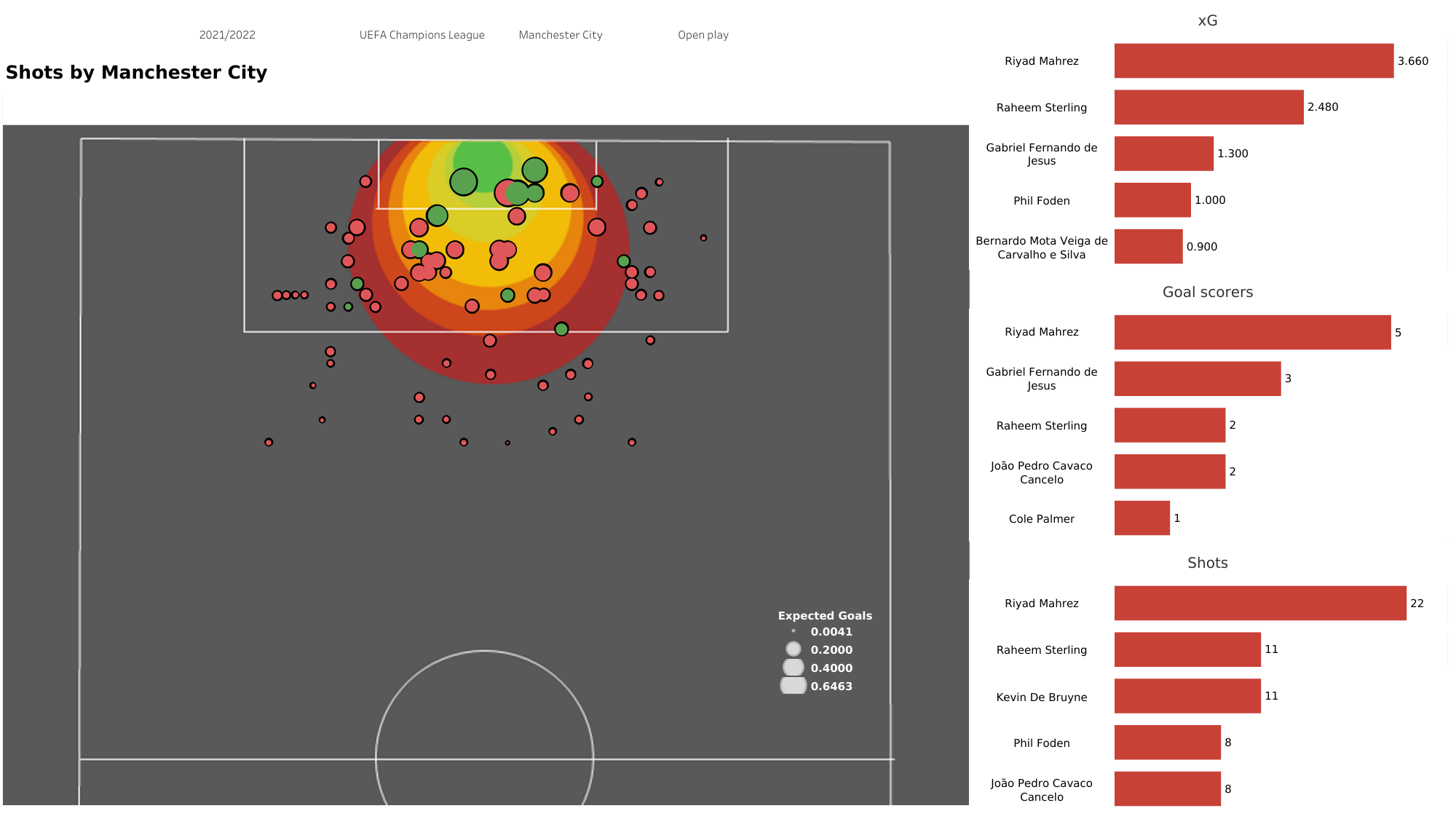 Manchester City have attempted 100 shots on goal with 41 shots on target. Riyad Mahrez has the most shots for City and has also generated the highest overall xG. The Algerian is City’s top scorer in the Champions League with five goals. City have four players who have scored seven goals this season in the league. Raheem Sterling has attempted the second-most shots for City, scoring three goals.

Rodri, Kevin De Bruyne, Aymeric Laporte, and Joao Cancelo were all rested at the weekend but will be back in the side here, while Raheem Sterling, who netted three times against the Canaries, should start in a front three alongside Riyad Mahrez and Phil Foden.

Sporting, on the other hand, come into this game on the back of a 2-2 draw against Porto in the Primeira Liga. First-half goals from striker Paulinho and winger Nuno Santos for Sporting Lisbon were canceled out by goals from young midfielder Fabio Vieira and Iranian striker Mehdi Taremi for Porto. Sporting CP had Uruguayan centre-back Sebastian Coates, midfielder Joao Palhinha and Brazilian attacker Bruno Tabata sent off in the second half in a huge brawl after the final whistle, while Porto had experienced Argentine goalkeeper Agustin Marchesin and veteran centre-back Pepe sent off. 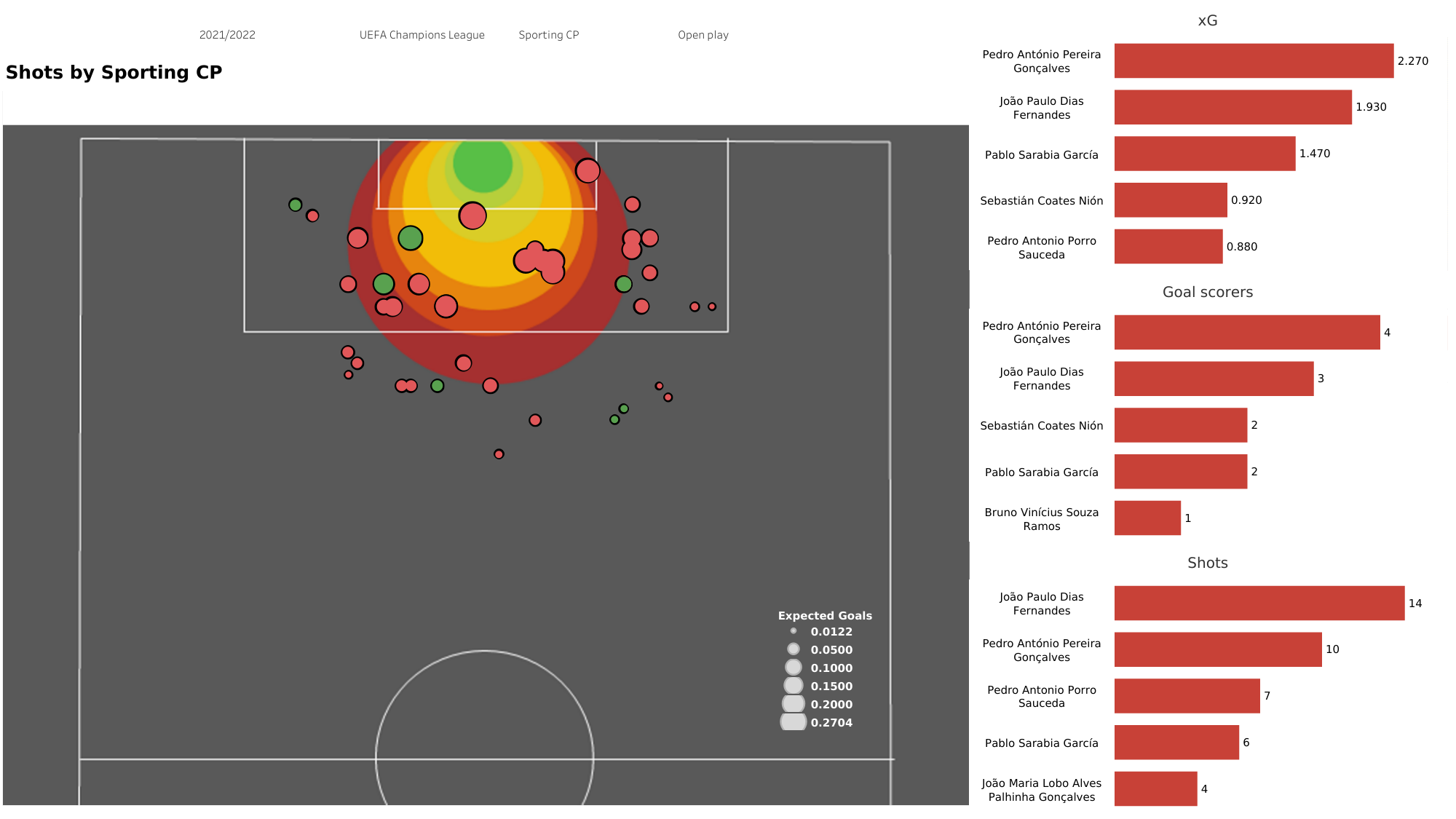 The above visual shows us the shot map for Sporting Lisbon from the 21/22 season. They have attempted 64 shots, with 29 being on target. Pedro Gonçalves has generated the highest xG for Sporting and is also their highest scorer with four goals. He has attempted 10 shots, with 70% of his shots on target. He will be the biggest threat to Man City’s defense.

Manchester City are once again among the favorites to win the Champions League and will want to take advantage in the first leg. But Sporting Lisbon have been great competitors and have the potential to produce an upset.

Comparing the last two seasons in preparation for next season

“Sterling’s transfer from Liverpool to Man City was ‘never about money”...

Manchester City: a club with many managers